In July last year the Clipper 2015-16 Round the World Yacht Race’s Official Timekeeper, Elliot Brown, mounted a watch to the mast of one of our Clipper 70s. Incredibly after completing the 41,000+ mile circumnavigation, including six ocean crossings, it is still ticking, living up to the company’s motto ‘Built to go the distance”.

The Elliot Brown Bloxworth watch was attached to the mast of the Da Nang – Viet Nam yacht, and is still in full working order as of the race finish almost a month ago. 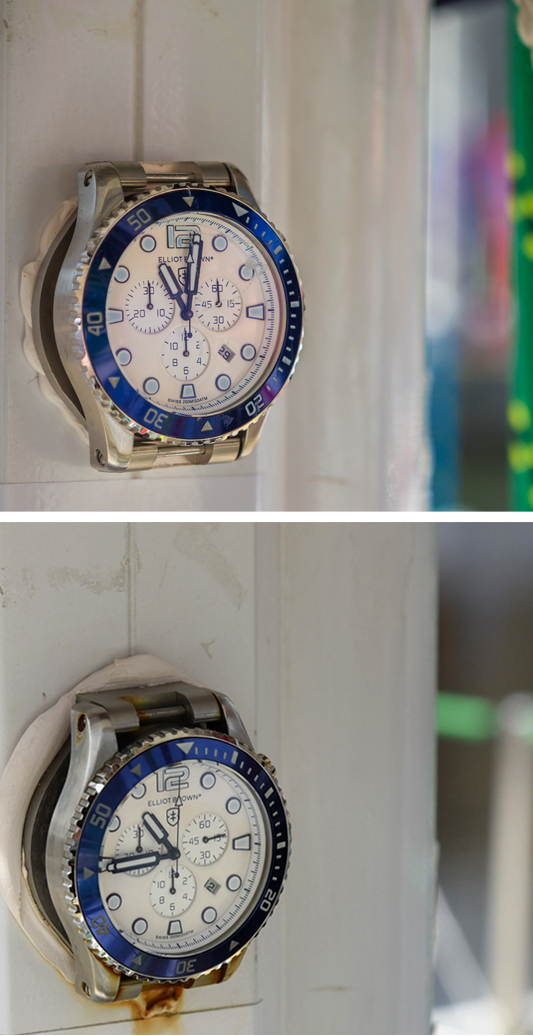 Limited edition race watches were also worn by all twelve Skippers and some of the 700 international crew to test their durability through Mother Nature’s worst conditions.

Ian Elliot, the co-founder of British brand Elliot Brown Watches, says: “We produce the most durable watches with unique shock and water proofing technology, but mounting a watch to a race yacht using only its standard strap bars was a real leap of faith. Could it really survive a trip all the way around the world?

“We’re not aware of any other watch being subjected to such a sustained or punishing test. On inspection of the watch on its return, the seals and internals are all in A1 condition. There is some case discolouration but that’s just a mild form of aluminium to stainless steel electrolysis and the rusty surface deposits polish off to reveal a perfect brushed finish. It was a proud moment welcoming the fleet and our watch back into London.”

In order to substantiate their ‘toughest everyday watch’ claim, Elliot Brown tests every watch in water at 200m of pressure and a percentage are subjected to a 3kg hammer blow as proof that the internal shock absorber really does its job.

One of their watches also survived an extreme test of water resistance and corrosion at the bottom of Poole Harbour in the UK for six months over an entire winter. Despite the constant low temperature, prolonged saltwater corrosion and considerable fouling, the watch was ticking as normal when it was brought to the surface following the test.

“Powered by fairy dust, crewed by legends” is the tag line on the stern of Derry~Londonderry~Doire which finished as runner up in the Clipper 2015-16 Race, a mere four points behind eventual winner LMAX Exchange.With four individual race wins and three…

Throughout the race, tales of Clipper Race crew celebrating their birthdays on board filter back and they are always a special occasion, likely to remain a completely unique event in their lifetime.This October we are celebrating twenty years of birthdays at the Clipper Race, the…

Intense rivalry, podium places and near misses sum up Garmin’s circumnavigation from a racing perspective, but there was…