One of the most exciting weeks in the build up to the race at Clipper Race HQ, Race Prep Week, is well underway at Gosport Marina.

Race Prep Week is when Clipper Race Skippers and their crew ensure their team yacht is fully stocked and equipped to deal with everything they will encounter on the gruelling 40,000 nautical mile race that lays ahead of them. 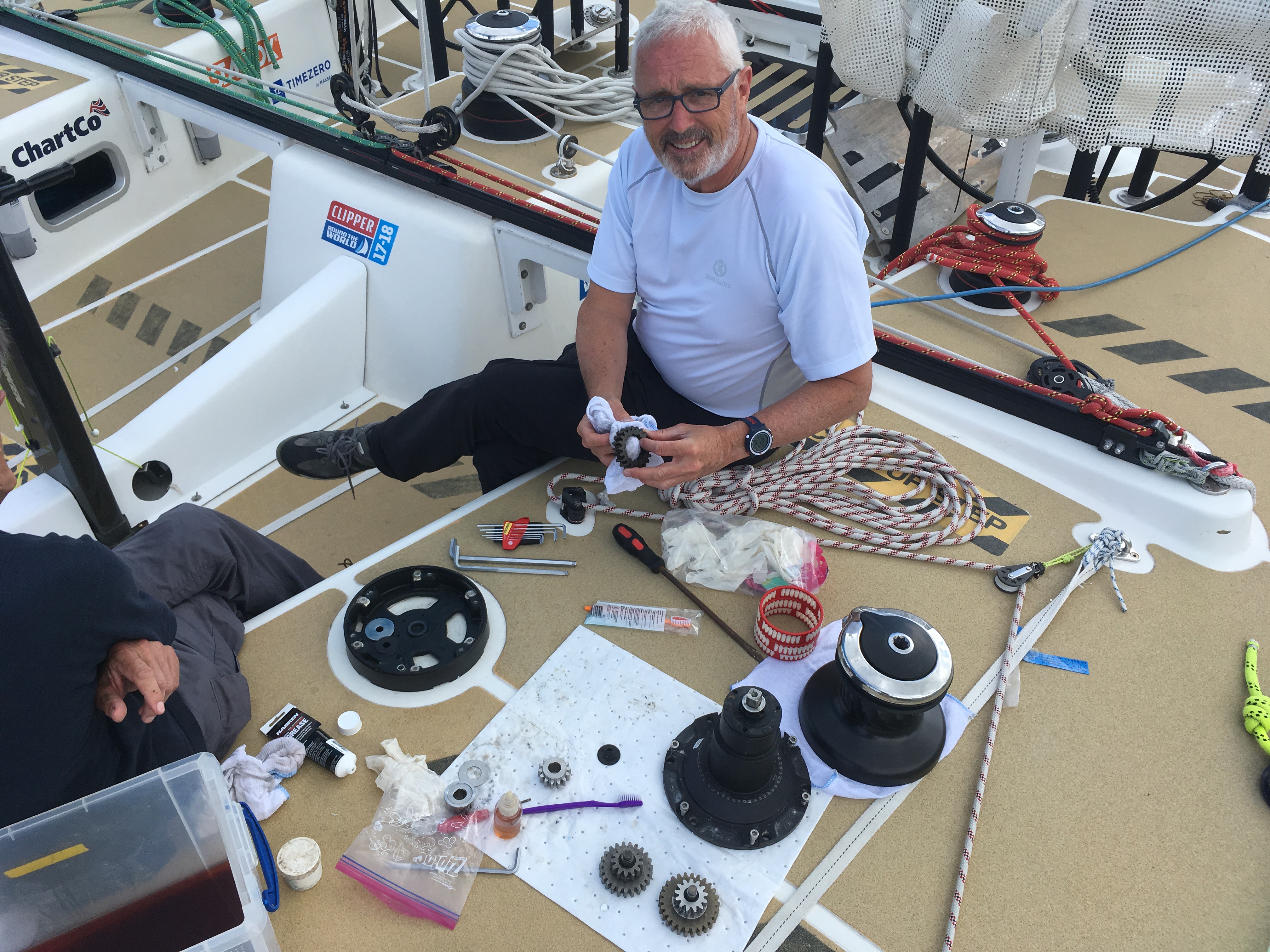 During the week, teams will install charts, publications, ClipperTelemed+ medical kits and provisions on board, scheduled compass swings will take place, as will the delivery of new Marlow running rigging and Hyde sails.

Teams will also be servicing their yachts and will have a further run through of the Garmin navigational instruments and onboard communications systems, including the new Dell Latitude Rugged laptops, as well as complete some final Victualling training.

For some of the crew who will be completing the full circumnavigation and are helping to make the last preparations ahead of the yacht delivery to Liverpool on 9 August, Race Prep Week is a pivotal moment in their Clipper Race journey marking the start of their year-long adventure.

To ensure everything runs like clockwork during the week, six Mates have been appointed to help support the twelve Clipper Race Skippers oversee all tasks. 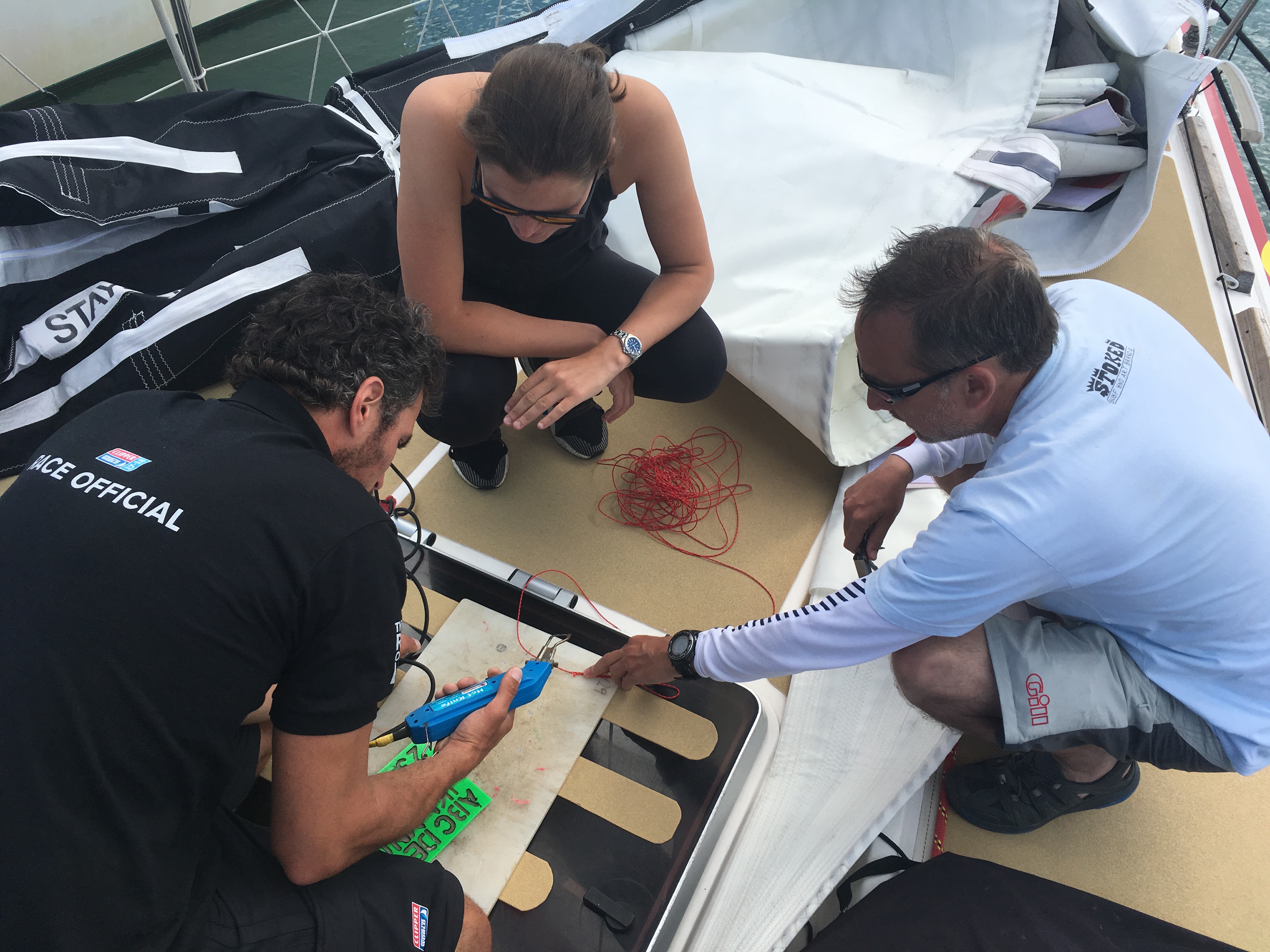 Two of the Mates are familiar faces at the Clipper Race. Alex Laline, a circumnavigator on ClipperTelemed+ during the 2015-16 edition and Canadian Sascha Bonus, who took part in the race during 2015-16 on board Derry-Londonderry-Doire and the 2013-14 Race on board Old Pulteney, have both returned to help get the Clipper Race fleet and teams ready for their upcoming adventure.

Alex says: “Being here for Clipper Race Prep Week brings back a lot of memories from the last edition. I’ve been doing some for the Training Office since March so it is great to see some of the crew I’ve known from the beginning.

“I felt a lot of different emotions during the week, it’s funny because you are so close to starting but you are not quite there yet!”

Sascha has just returned from her first visit home in two years. Last time she was in Canada, she was heading to Gosport for Clipper Race Prep Week ahead of the 2015-16 edition of the race.

Sascha says: “I did the Clipper Race and then stayed on to complete the Clipper 70 fleet refit which finished in May.

“It feels really good to be back helping with Clipper Race Prep Week. It is great to still be a part of it and to share what you’ve learned and help teams out in that way. There is so much excitement!”

When it comes to top tips for Clipper Race Crew, Sascha and Alex said: “Our top tips would be to ask lots of questions, get involved, and learn as much as possible about your boat. Admit any mistakes so you and your crew can learn from them.” 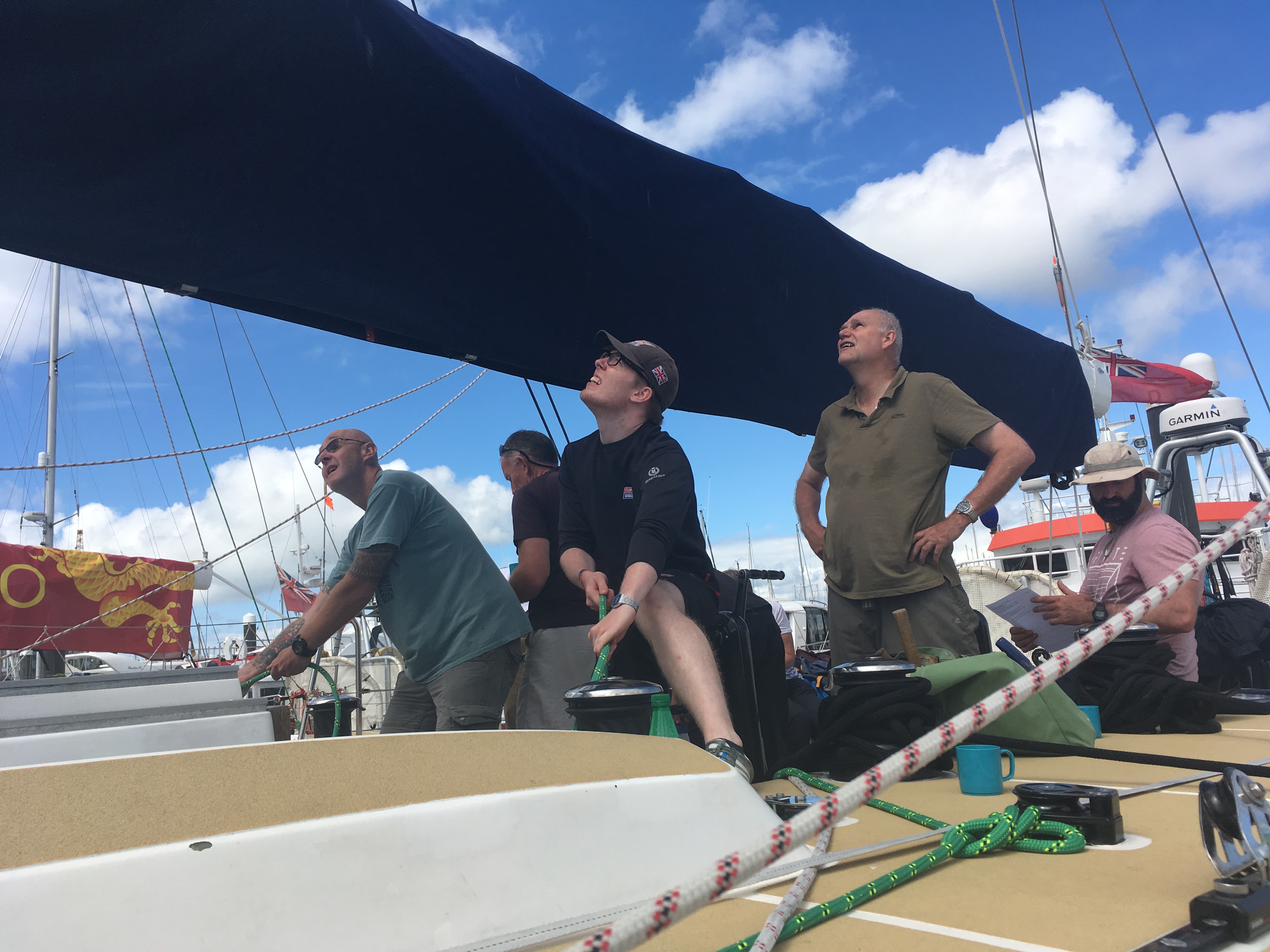 Following a week of preparations, the Clipper Race 70s will depart Gosport on Wednesday 9 August, arriving in Liverpool on Monday 14 August. There will be a week of festivities in the week leading up to race start on Sunday 20 August.

The Clipper 2017-18 Race will be a historic one, as it includes two Chinese stopovers for the first time. And…

It was by chance that crew member David Smith from Norwich came across the race website when he was planning his retirement. Now David is preparing to race 14,677 nautical miles across the world’s oceans, as part of Team Gaëtan, in aid of Unicef.Continuing our…

The twelve Clipper Race 70-foot yachts are a step closer to being ready for their 40,000 nautical mile adventure across…

There is now just one month to go until the Clipper 2017-18 Race sets off from the Albert Dock in Liverpool.We caught up with some of the 111 Clipper Race crew who have signed up to complete a full circumnavigation to find out how they…