Unicef completes the fleet into Fremantle

Unicef has arrived into Fremantle this evening, crossing the finish line at 12:24:46UTC. This race has been a rollercoaster ride which took just 30 minutes shy of 33 days. The relief at having finished their marathon-esque Race 4 was clear on the crew’s faces. 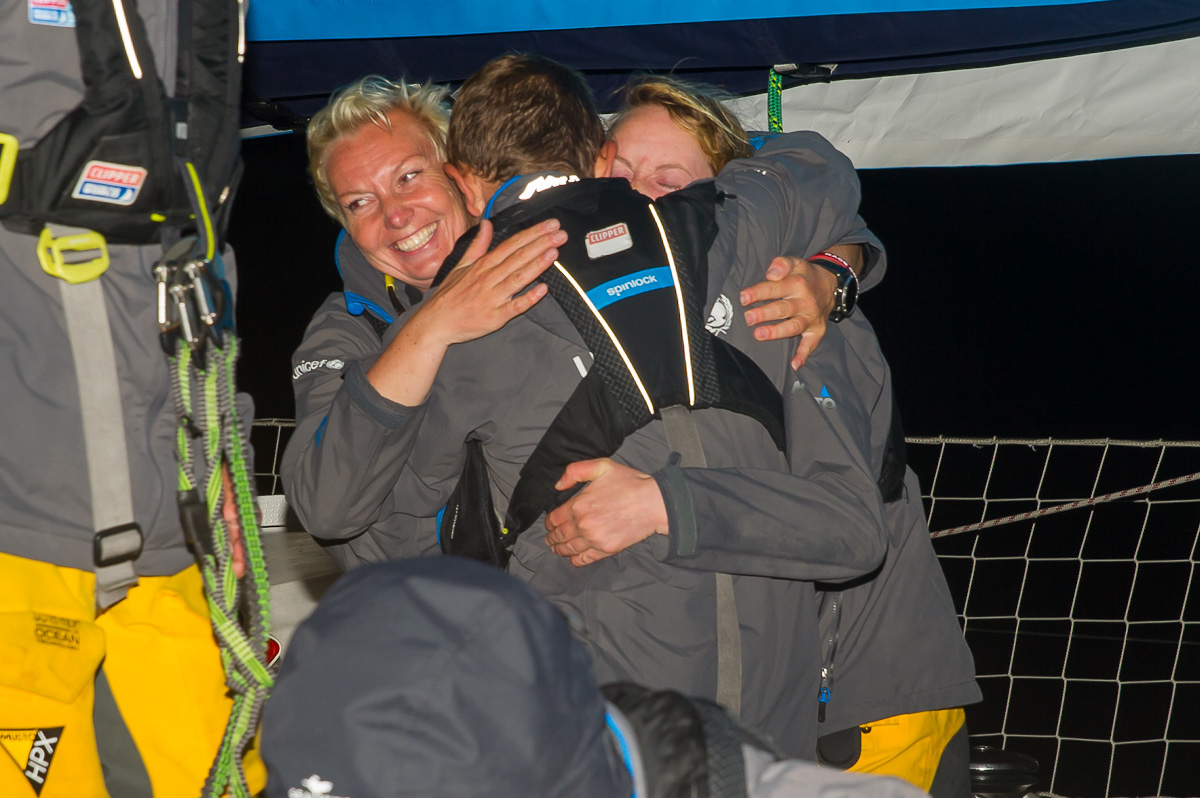 The team added around 2,000nm onto its 4,750nm crossing after a medevac saw them returning to Durban. Once back racing, the team reported on a multitude of conditions the ocean crossing provided, from heavy rain, speed-inducing swell, to becalming sea states. But the singing and dancing they are known for on board kept the crew’s spirits as high as the waves they surfed. 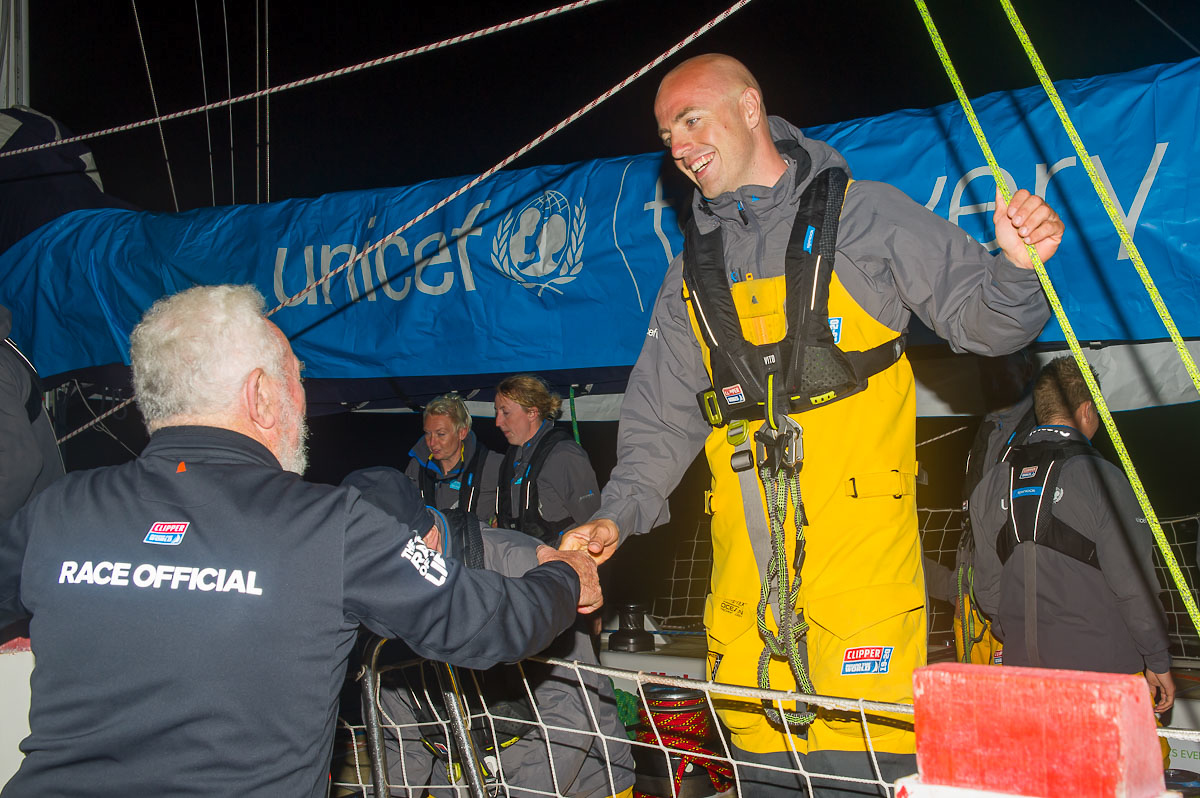 Remaining upbeat throughout, Skipper Ian Wiggin commented today in his last blog: “I consider this leg to be an absolute success. I am extremely grateful for the Unicef crew’s efforts and am proud of our achievement.” 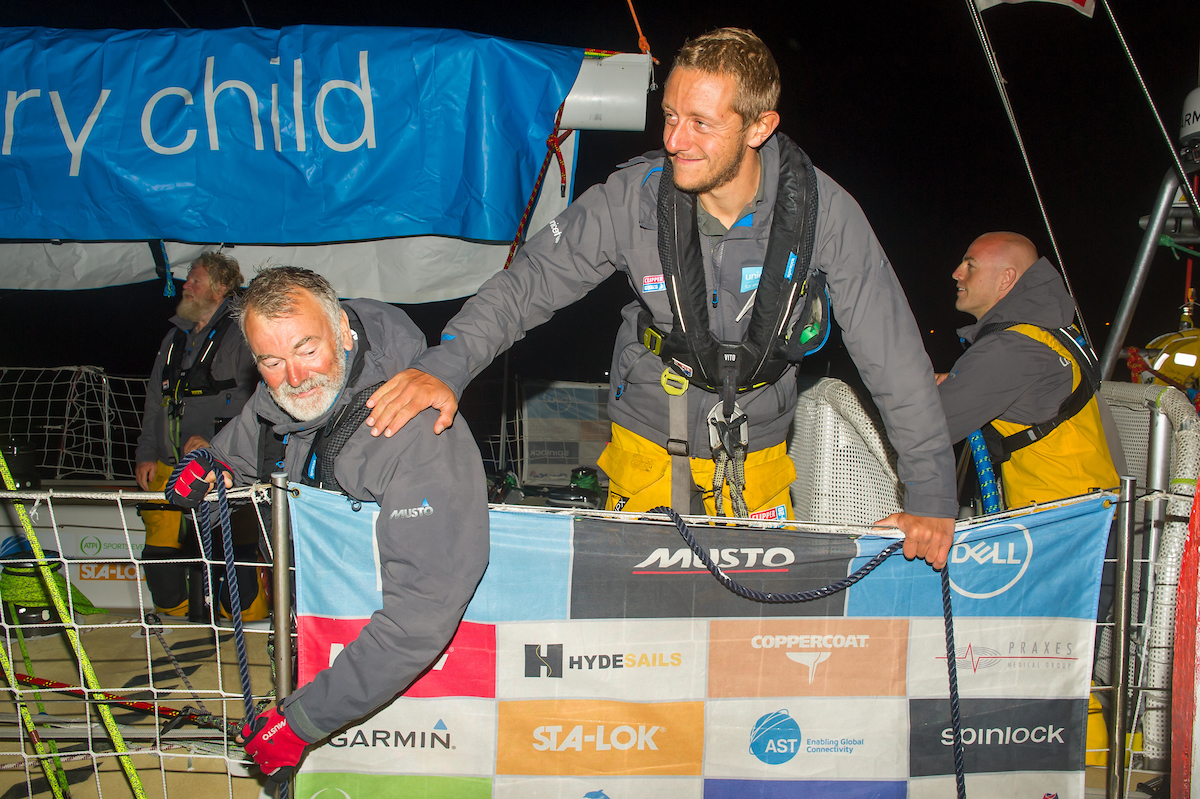 “It’s been long, it’s been fun and it’s been a bit crazy,” said Sandra Marichal, a round-the-worlder on Unicef. She went on to say a thank you to everyone at home who had been supporting them throughout the team’s extended race: “People have been in touch from very far away at home and it’s been really helpful.” 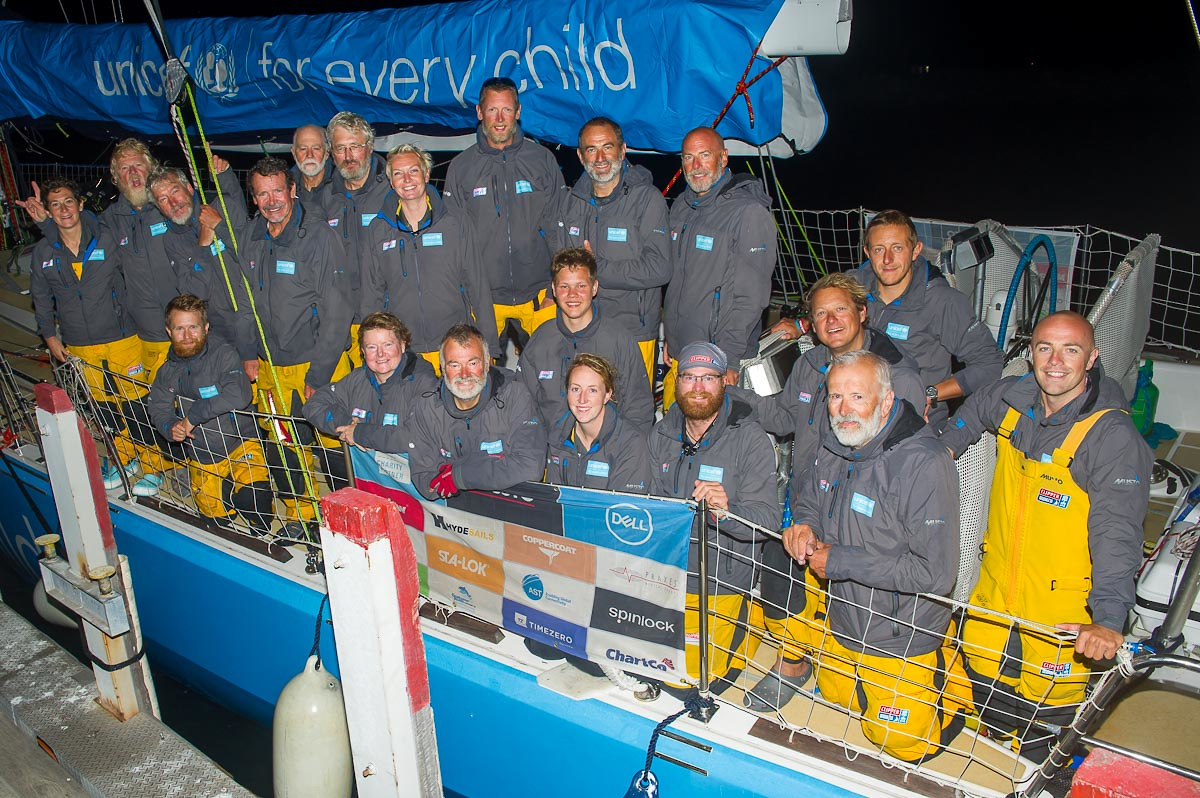 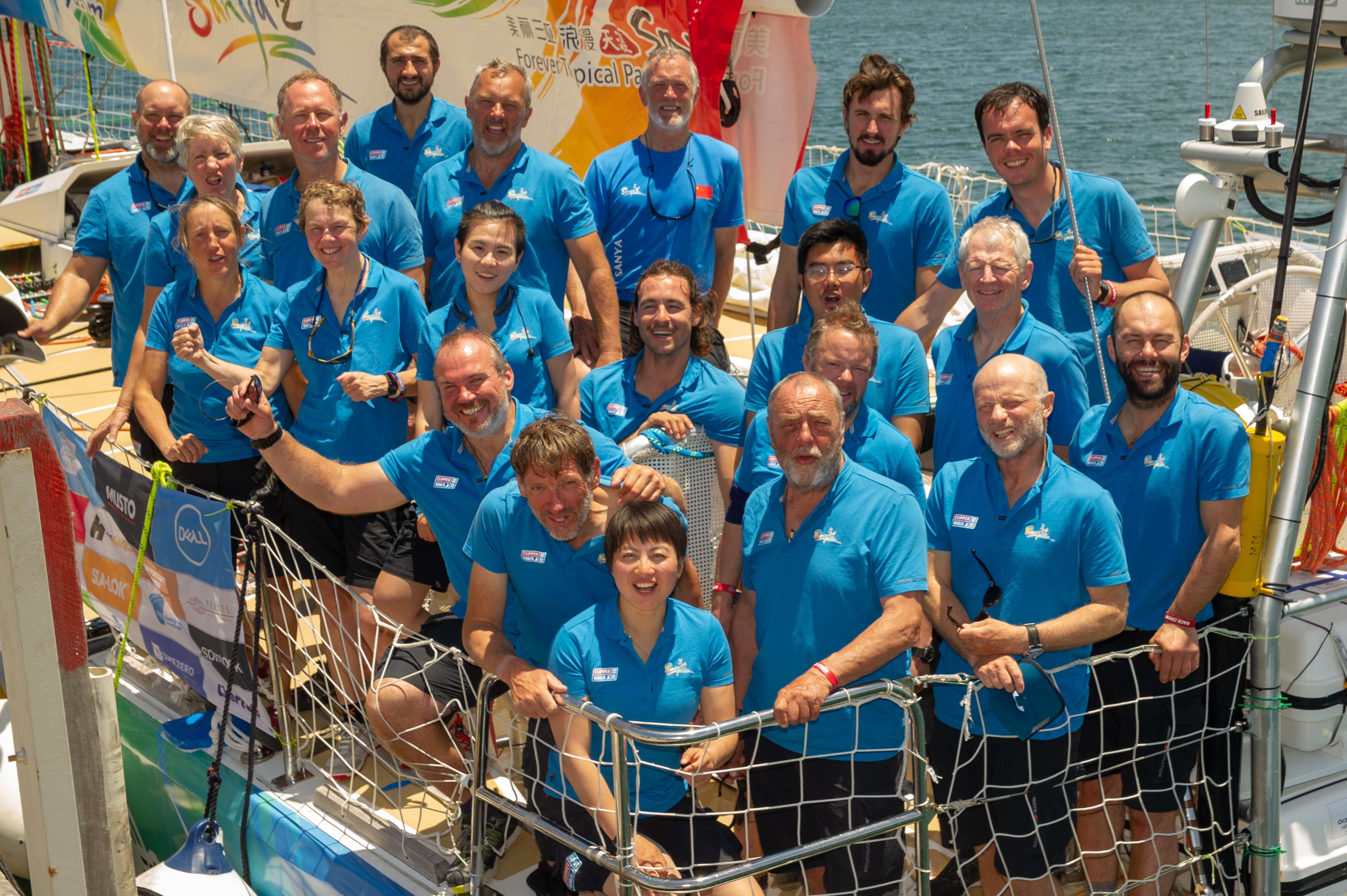 After 22 days at Sea, Visit Sanya, China has arrived in Fremantle, crossing the finish line at 03:11:47 UTC.

The team which represents China’s tropical destination, Sanya, is Skippered by Seumas Kellock. Since leaving Cape Town, the team experienced contrasting conditions on the race, ranging from freezing cold to balmy sun, and have had a good run with speedy sailing conditions, and the bonus of hourglass dolphins spotted along the way. 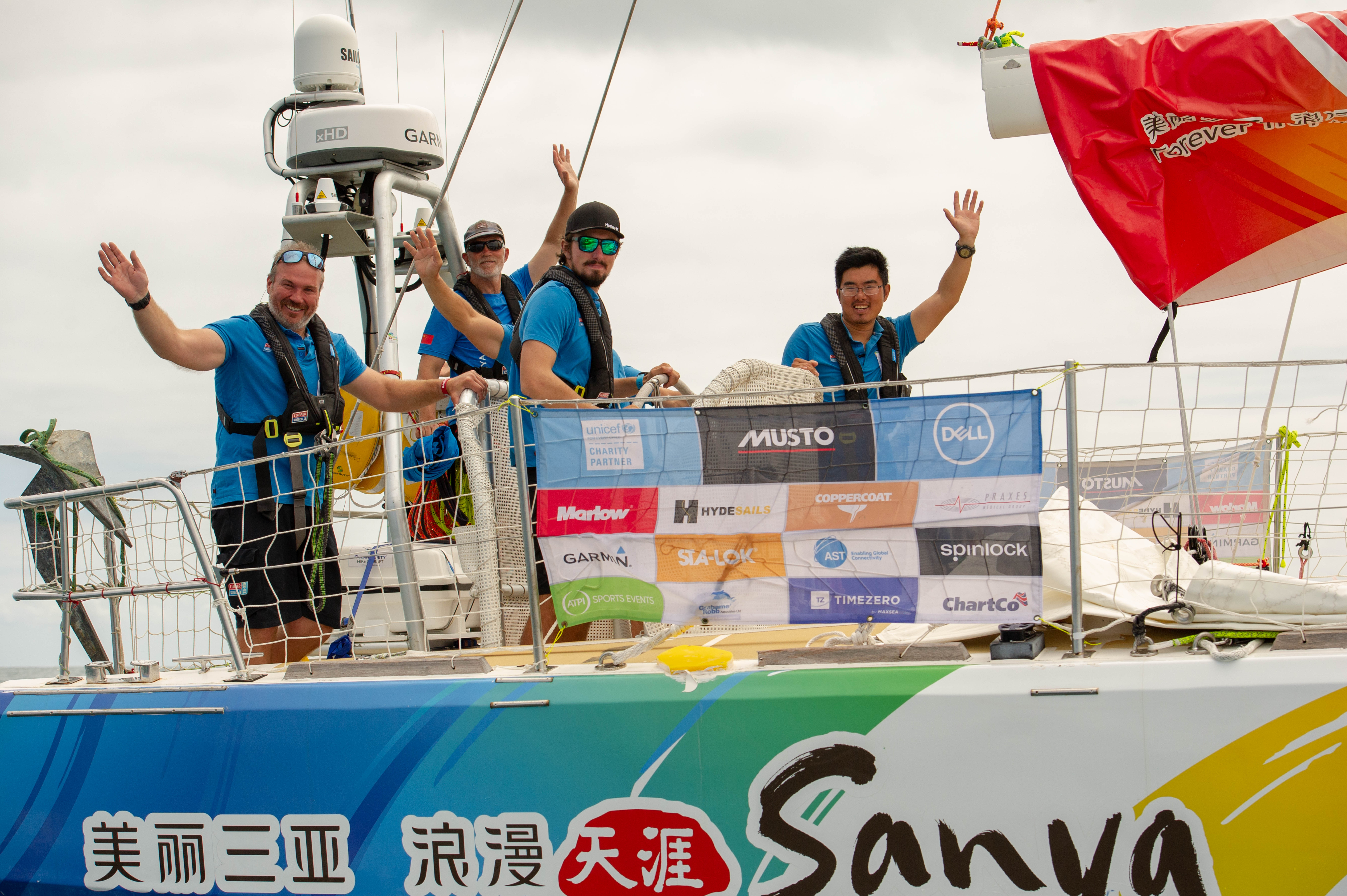 On arrival at Fremantle Sailing Club, Seumas said: “The conditions we’ve had have been immense. We’ve had storm force 12 winds, the equivalent of 70 mph, we’ve had 8-12 metre waves, and huge surfs. And then, we've had days with very little wind and just been bobbing around in awkward sea states.”

After thanking the team for their positive nature in his recent blog, he said concluded: “The team are fantastic, they’ve all bonded together, there’s no issues - they are a really great team to work with!”

Sharing the Sanya spirit as the boat sailed the 4,750nm route, is Sanya Ambassador, Xueyao (Lisa) Qian. She, like others on board described the amazing sights they encountered on the race, she reported: “Rainbows, beautiful sunsets, rare dolphins, albatrosses always around us - it was an amazing experience with nature.”

On the conditions, she said: “The crossing was amazing, it offered everything I was looking for - especially the swells, and surfing the waves with the boat. It’s a fantastic experience that may be difficult to get in other oceans.”

Oliver Fort from Burnley, UK, also enthusiastically shared his highlight of the race, he said it was: “Being at the helm for our top true wind speed which was 68 knots - it was amazing!”

The Punta del Este team led by Skipper Jeronimo Santos Gonzalez kept a positive outlook as the team endured the highs and lows of the historically tough race. Having had an initial setback at Race Start, which led to an extended stay in Cape Town for repairs, the team went onto sail the Southern Ocean in true Uruguayan spirit. 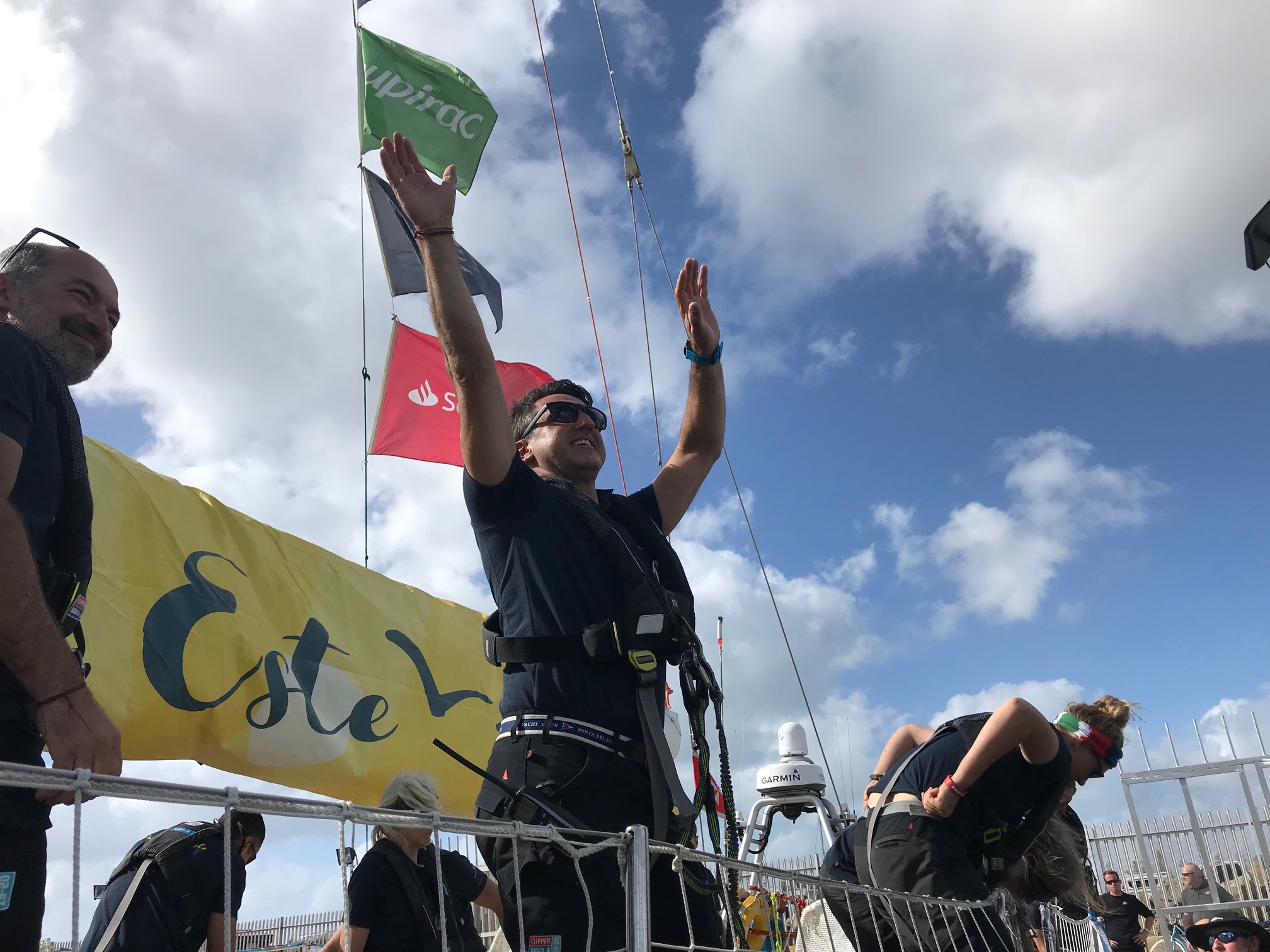 Upon arrival at Fremantle Sailing Club, Jeronimo said: “The crew wanted adventure and they had it. Everyone worked so hard, it is a challenging ocean to cross. I am happy, and the crew are happy with the adventure. It’s one of the toughest oceans and but we knew we wanted to arrive early to Fremantle to rest before the next race, so that was a huge motivational factor.” 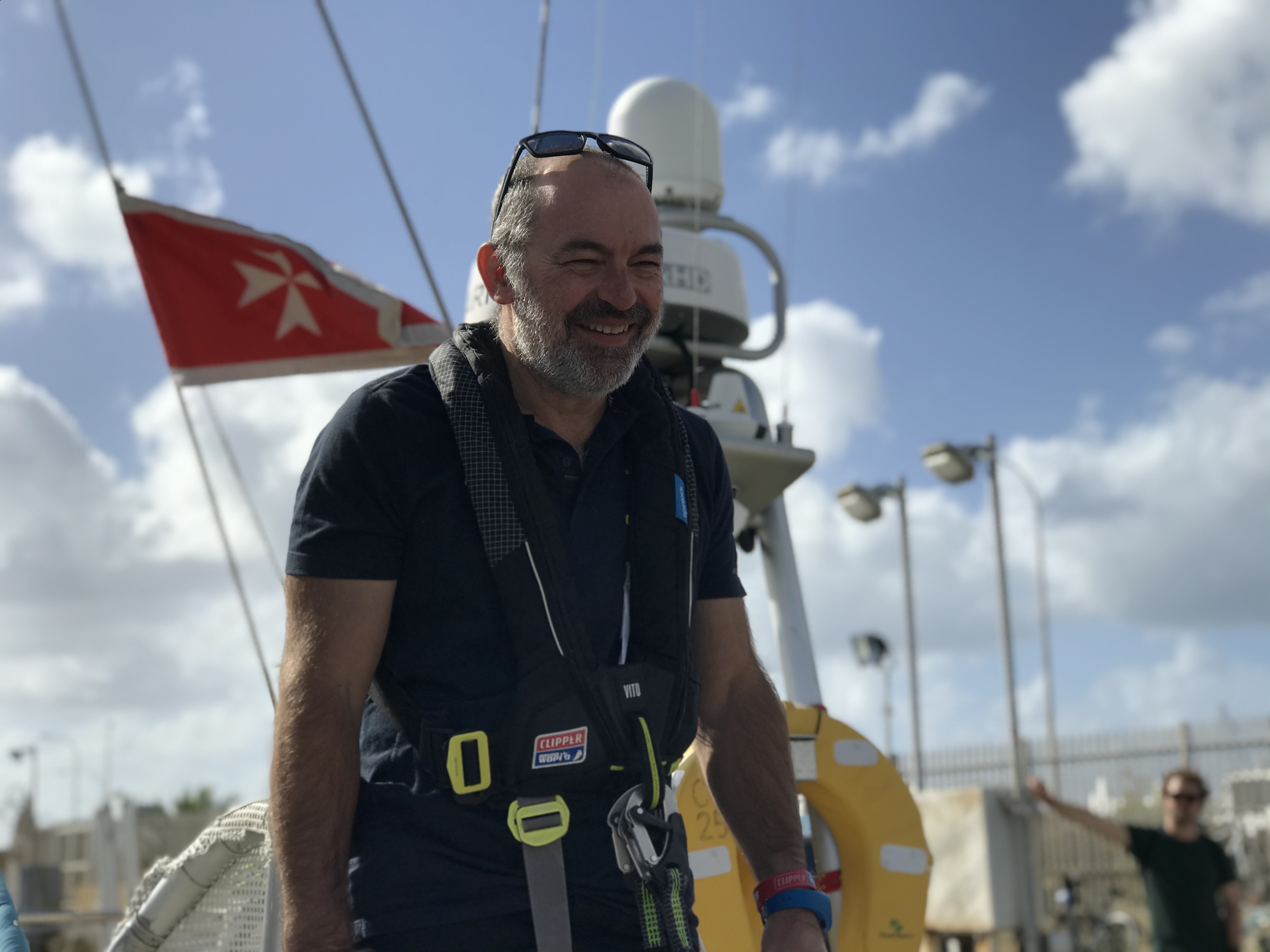 After making great speed towards Fremantle, Punta del Este was declared the winner of Roaring Forties Match Race between the team and Visit Sanya, China. During a great crossing for the team, the Dell Latitude Rugged Ocean Sprint also spurred the team’s competitive side on and they had a strong result finishing fourth fastest, with only nine minutes between them and third placed Imagine Your Korea, and with approximately an hour between the winning team and fourth placed team, it proved to be a very close result.

The team, representing the Yacht Club Punta del Este, is made up of a host of nationalities including Spanish, Norwegian, Argentinian, British and American. Zimbabwe-born Craig Palmer shared a story from on board: “The waves reminded me of the Himalayan Mountains; the sea was so tall it had steps. It was almost like that but in water. The peak of the mountain was higher than the mast of the boat.

“We were racing down the waves and it was a little but like being in a space shuttle, we were sat there with our lifejackets on, bouncing over the waves and one of the crew members said, “this is on the edge”. There was silence. Two hours later, it was all over and calm again.”