The full Clipper Race fleet has arrived in Derry-Londonderry, with the crew now ready to enjoy an action-packed fortnight and the award-winning Foyle Maritime Festival.

After what has been a thrilling race full of tactical, close racing, incredible whale and dolphin sightings, and a thrilling finish and win by the youngest Clipper Race Skipper, Nikki Henderson of Visit Seattle, the final two boats arrived into the Foyle Port Marina.

The third and final day of arrivals started with GREAT Britain after the team crossed the finish line in tenth place at 03:06 UTC. Having sailed approximately 3,000 nautical miles from New York across the North Atlantic Ocean, the round the world crew were very happy to arrive in Northern Ireland and be back in the UK the first time since leaving Liverpool in August last year. 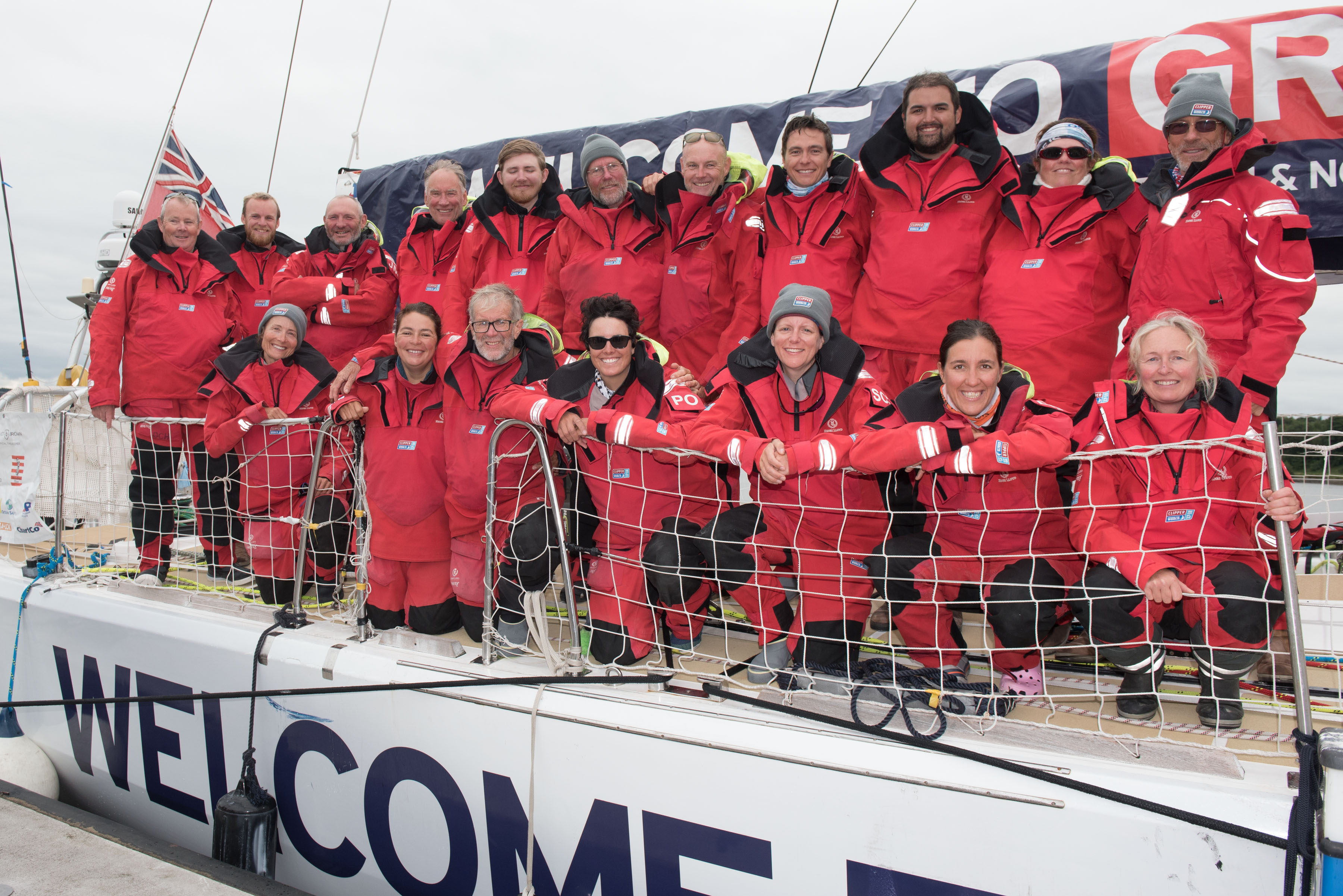 One of them, Phillipa O’Sullivan from Hampshire, says: “As a round-the-worlder, it feels amazing. I didn’t think about what it would feel like to be back in the UK but it’s brilliant and what a lovely warm welcome from everybody here.

“I thought the North Atlantic would be physically harder than it was but psychologically it was tough as we just took the wrong route with the weather and hit a wind hole. But we are here - we made it and crossed the Atlantic for the second time.”

This was the first ocean crossing for crew member Julie Snowdon from North Yorkshire and she comments: “It has been my dream for so long and I just can’t believe I have done it. The North Atlantic was fantastic, I absolutely love that ocean. 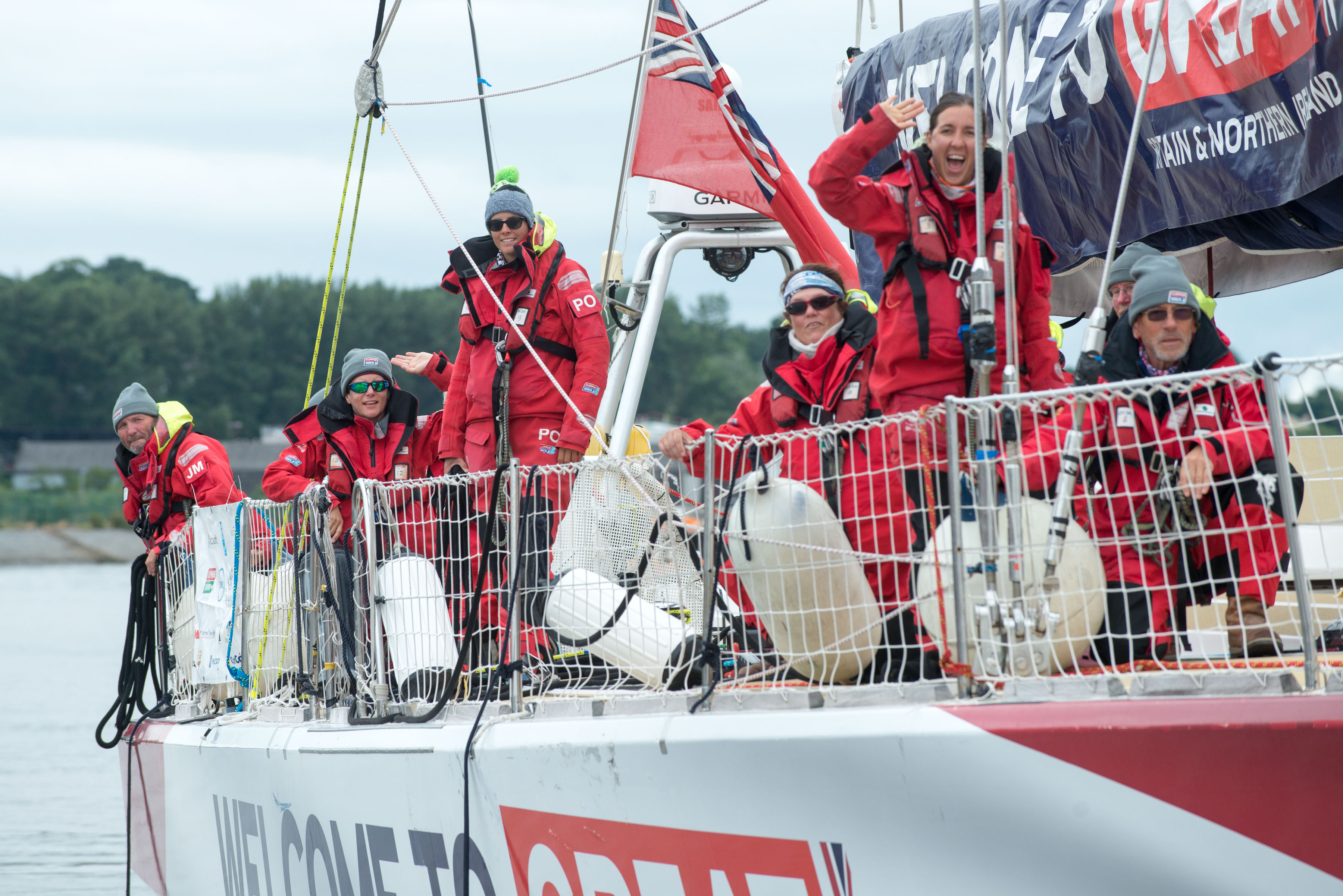 “Now that we have arrived, I am looking forward to catching up with all the other teams and reflecting on what we have done. I also can’t wait to have a look around the Foyle Maritime Festival too.”

All eleven Clipper Race teams were reunited for the first time since leaving New York after Liverpool 2018 made its way up the river Foyle, after crossing the finish line at 12:13 UTC. A spectacular welcome awaited the eleventh placed team, with friends, family, supporters, and fellow Clipper Race crew cheering the bright pink boat into Derry-Londonderry.

On arrival Skipper Lance Shepherd said: "The crew are at the top of their game and very excited to be in Derry-Londonderry, bit of a divert but we managed to catch up 500 miles on the fleet and get three points in the Elliot Brown Ocean Sprint. We saw the wind coming in - the further north we were, the stronger the winds would be, so we put ourselves up there to get a good result. We worked well as team so really well done to the cre.” 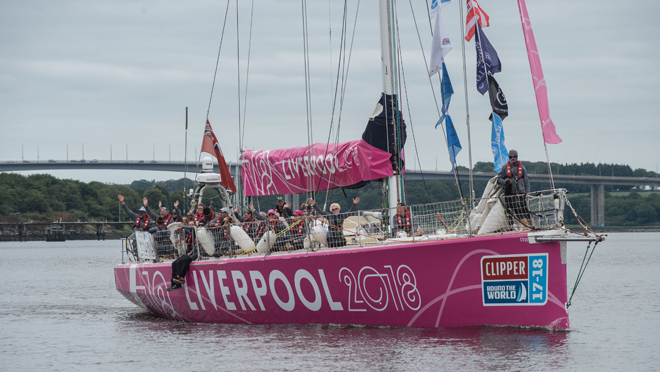 It wasn’t the standard Atlantic crossing for the Liverpool 2018 team, who had to divert to Newfoundland, Canada, in the early stages of the race to carry out a successful medivac of an ill crew member. But after leaving Canada, the team banded together and had great success in the Elliot Brown Ocean Sprint, picking up the maximum three bonus points on offer

Watch leader and resident Caymanian, James Macfee, said: "I am very excited to be here.We managed to get here despite some very difficult waters and tumultuous conditions. We had some good weather for the sprint, the boat was fast and it was good fun.” 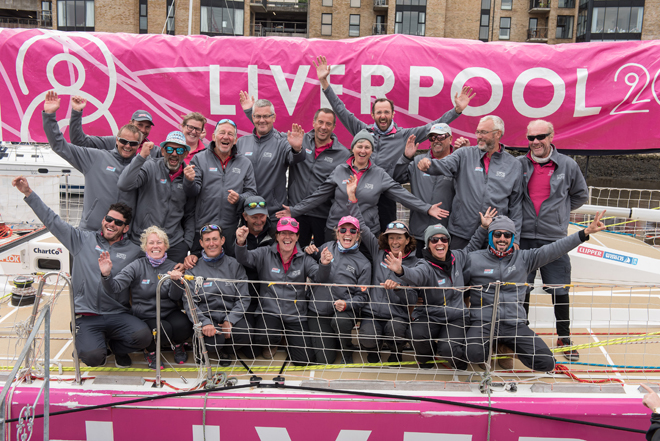 With just one race to go and the overall leaderboard tight, the crew will be using every moment in Derry-Londonderry to rest and prepare for the final sprint to Liverpool, which will begin on the final day of the Foyle Maritime Festival on Sunday 22 July.

The final two teams, GREAT Britain and Liverpool 2018, are edging closer towards Derry-Londonderry. For GREAT Britain, Race 12 is…

Legendary sailor Sir Robin Knox-Johnston has praised Derry-Londonderry as the Northern Irish city embraces the Clipper Round the World Yacht Race for a fourth consecutive visit.IMAGE: Sir Robin, Ralph Morton from the Seattle Sports Commission, and the Visit Seattle team.Sir Robin, the Founder and…

The penultimate stage of the Clipper 2017-18 Race is ongoing this morning for almost half the fleet, and some impressive battles are taking place as teams strive to join the celebrations in Derry-Londonderry. PSP Logistics (featured in banner image) crossed the finish line at 0727…