After a lengthy pause due to the global pandemic, Clipper Race officials, skippers, additional qualified persons (AQPs) and crew members are gearing up to resume racing from Subic Bay in the Philippines in March.

We're keeping a photo diary of race preparations in Subic Bay, keep checking back to see the latest work.

It's been a busy week in Subic Bay! Over the past week our team out in Subic Bay has been… 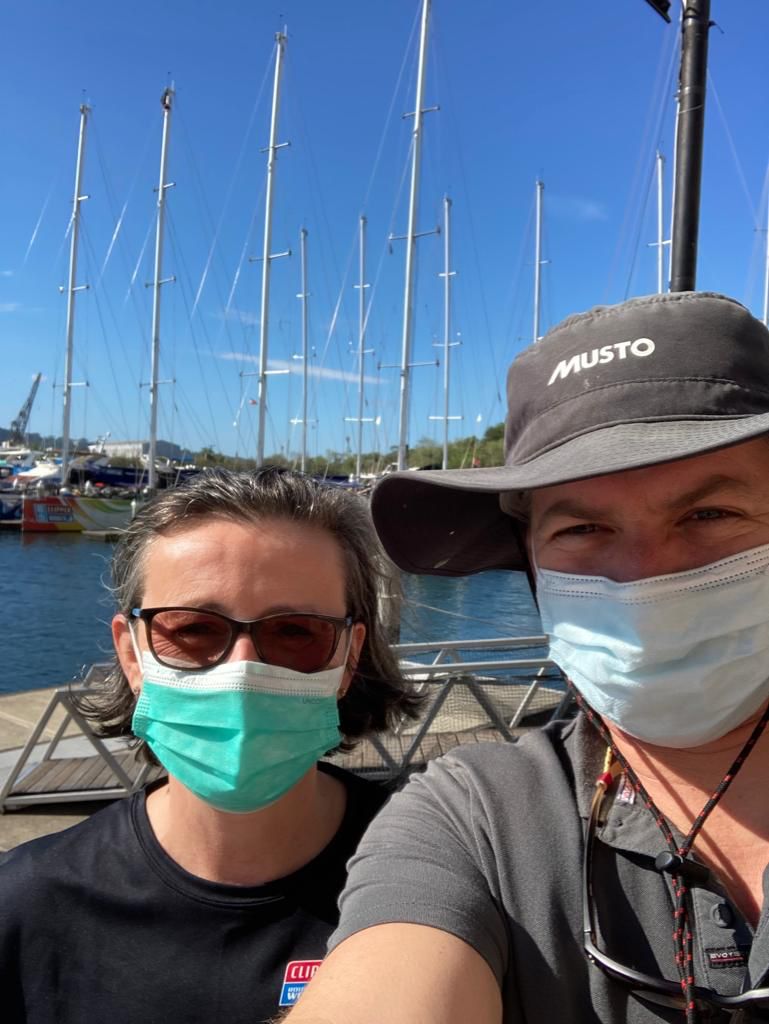 Servicing and cleaning all the steering gear, and doing lots of winch cleaning 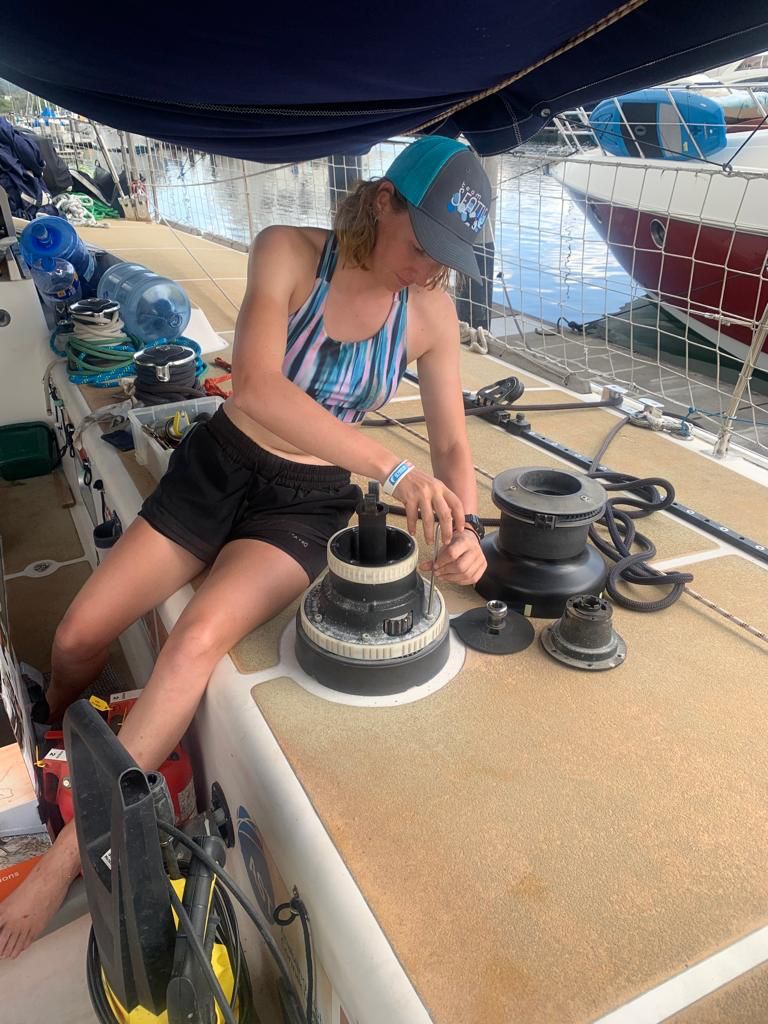 Checking and cleaning running rigging ready to re run 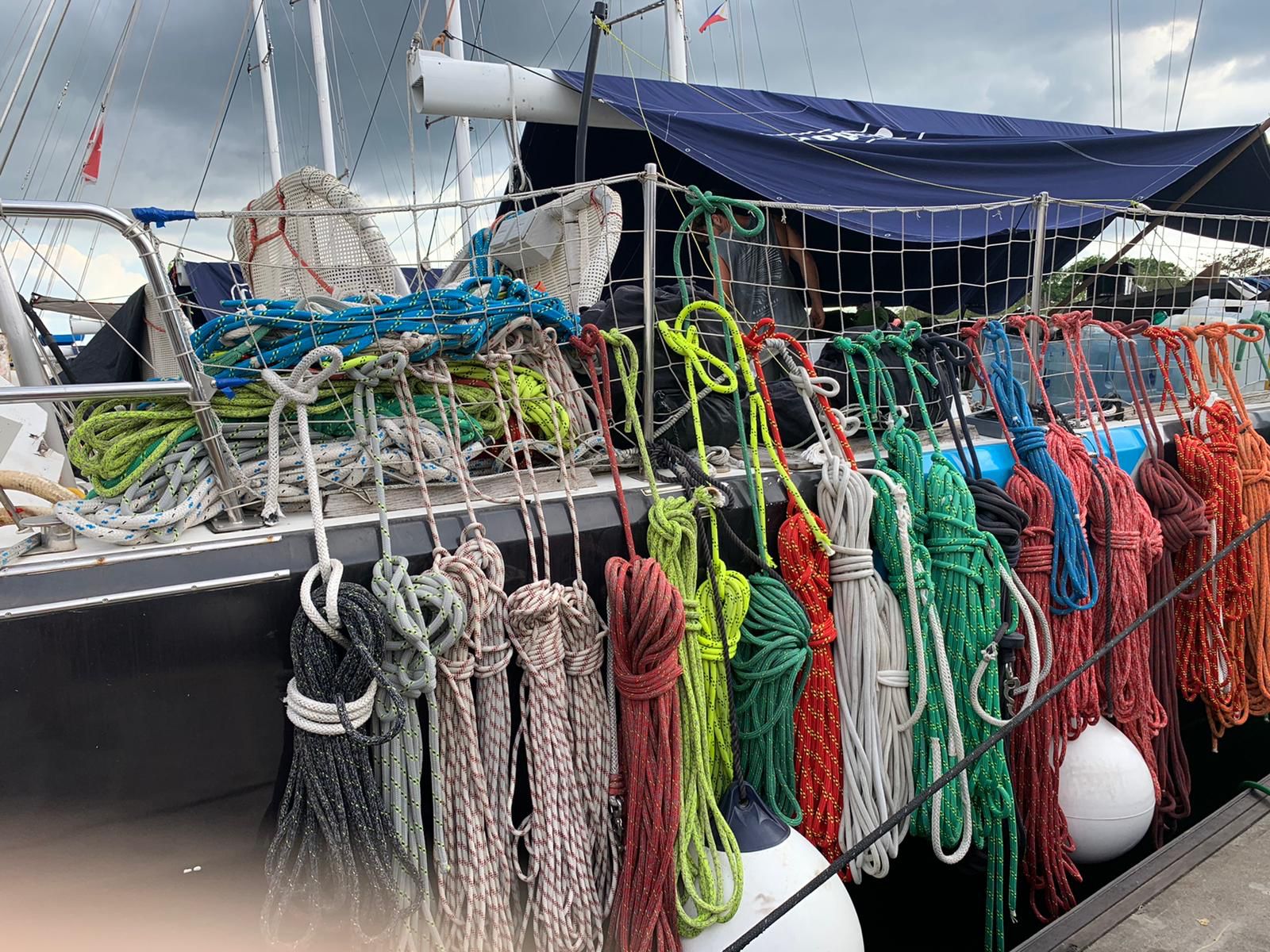 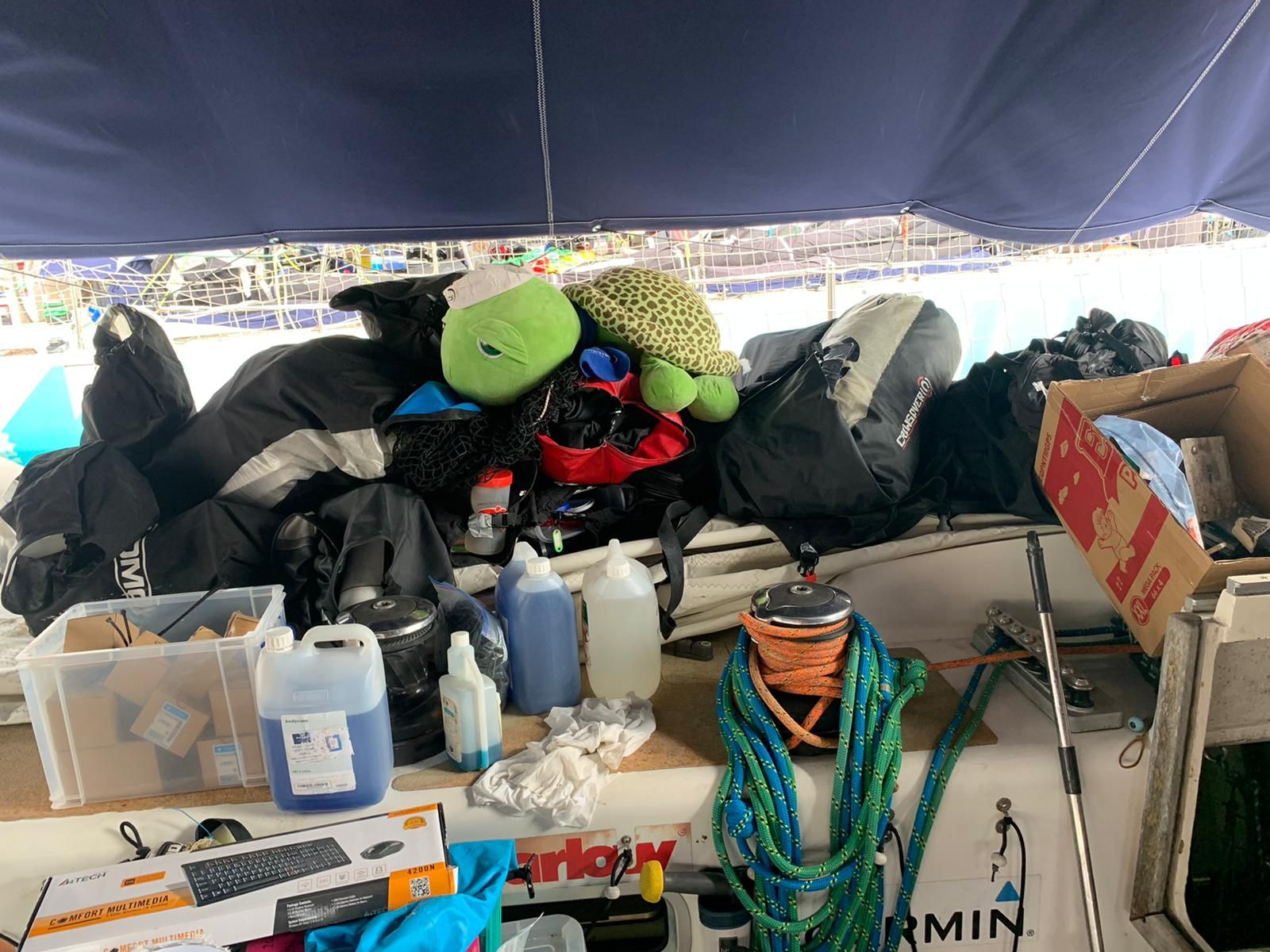 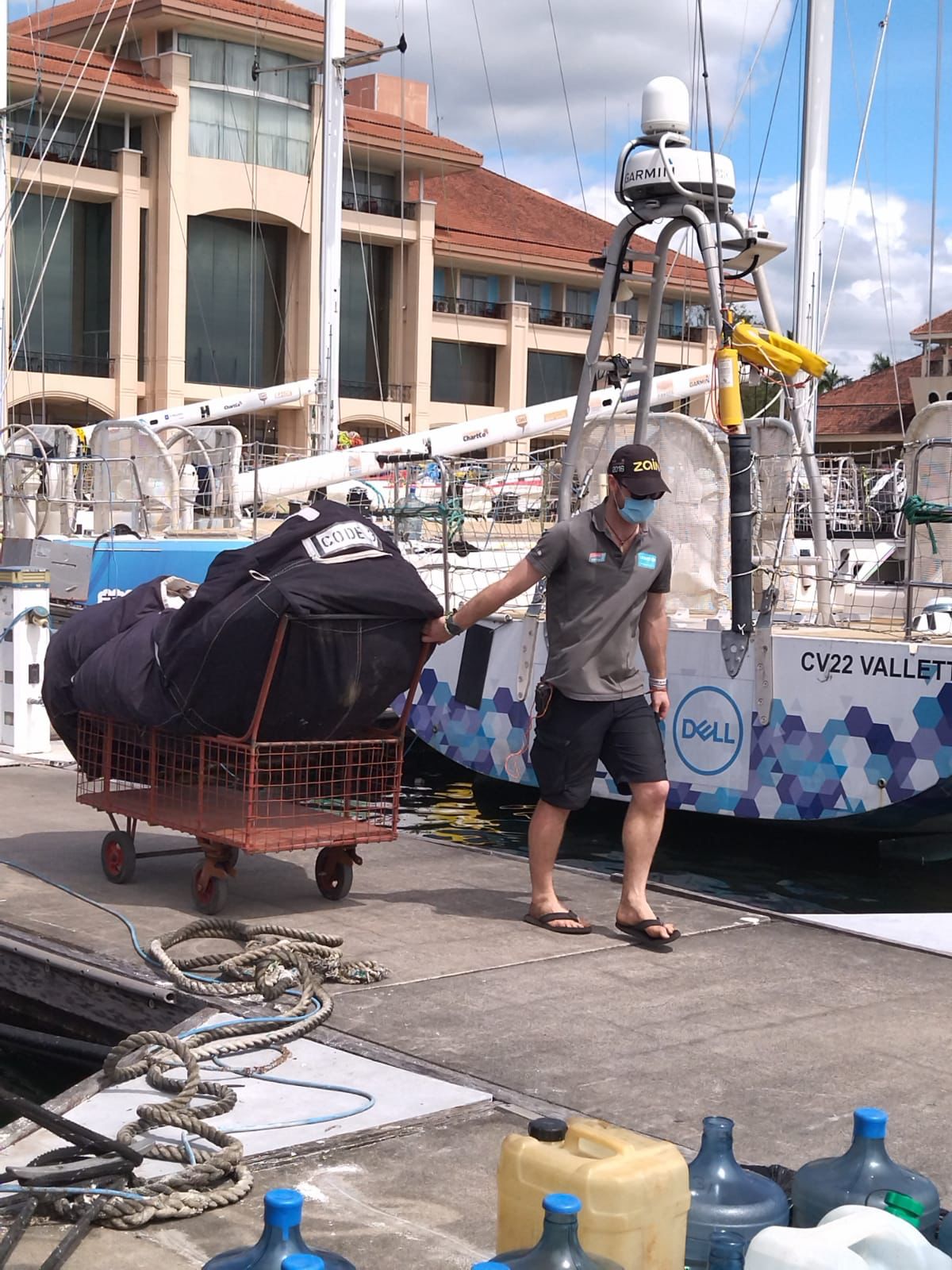 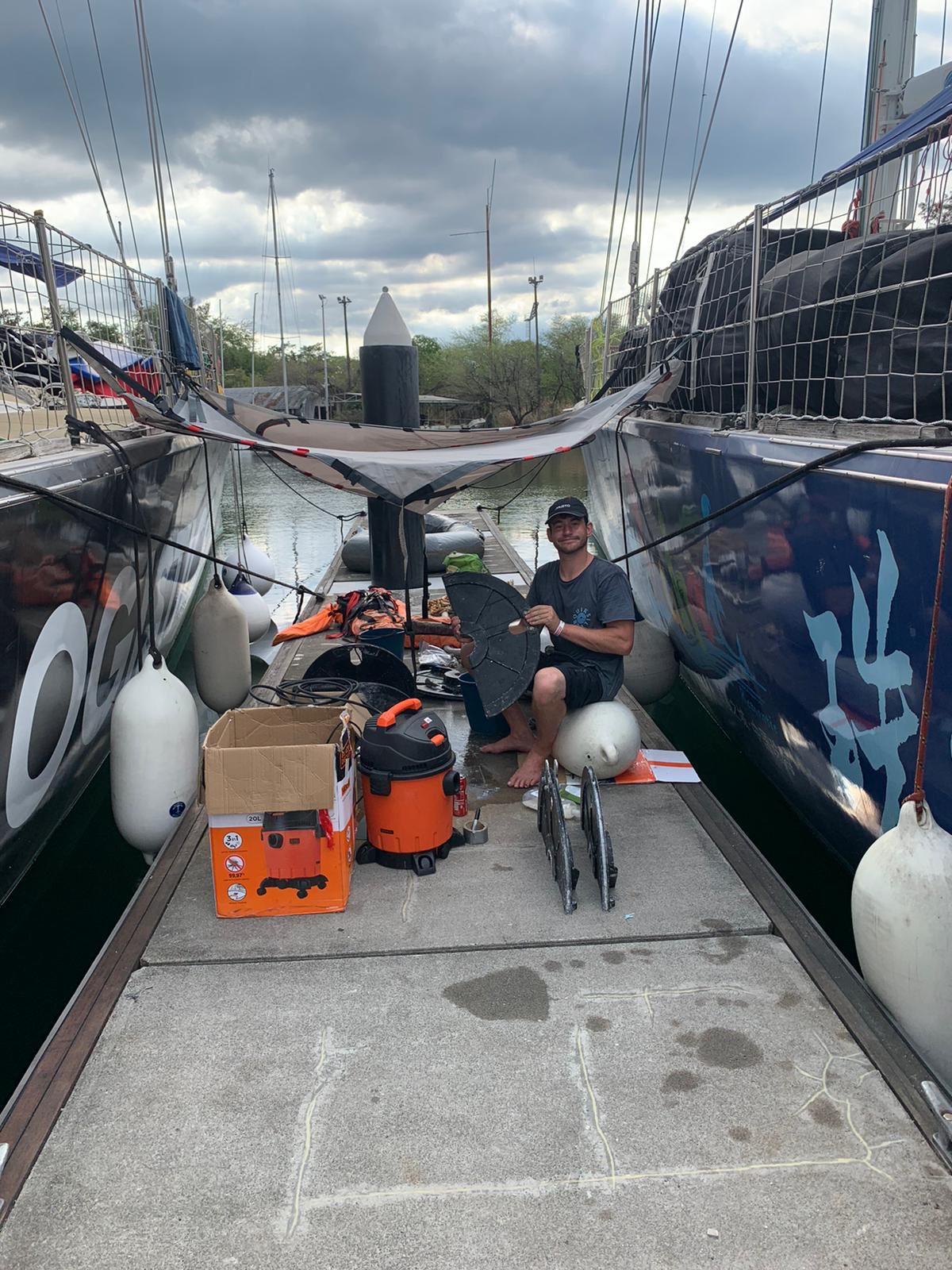 Clipper Race Rigger, Greg North, carries out essential rig checks and surveys the fleet from the top of the mast. 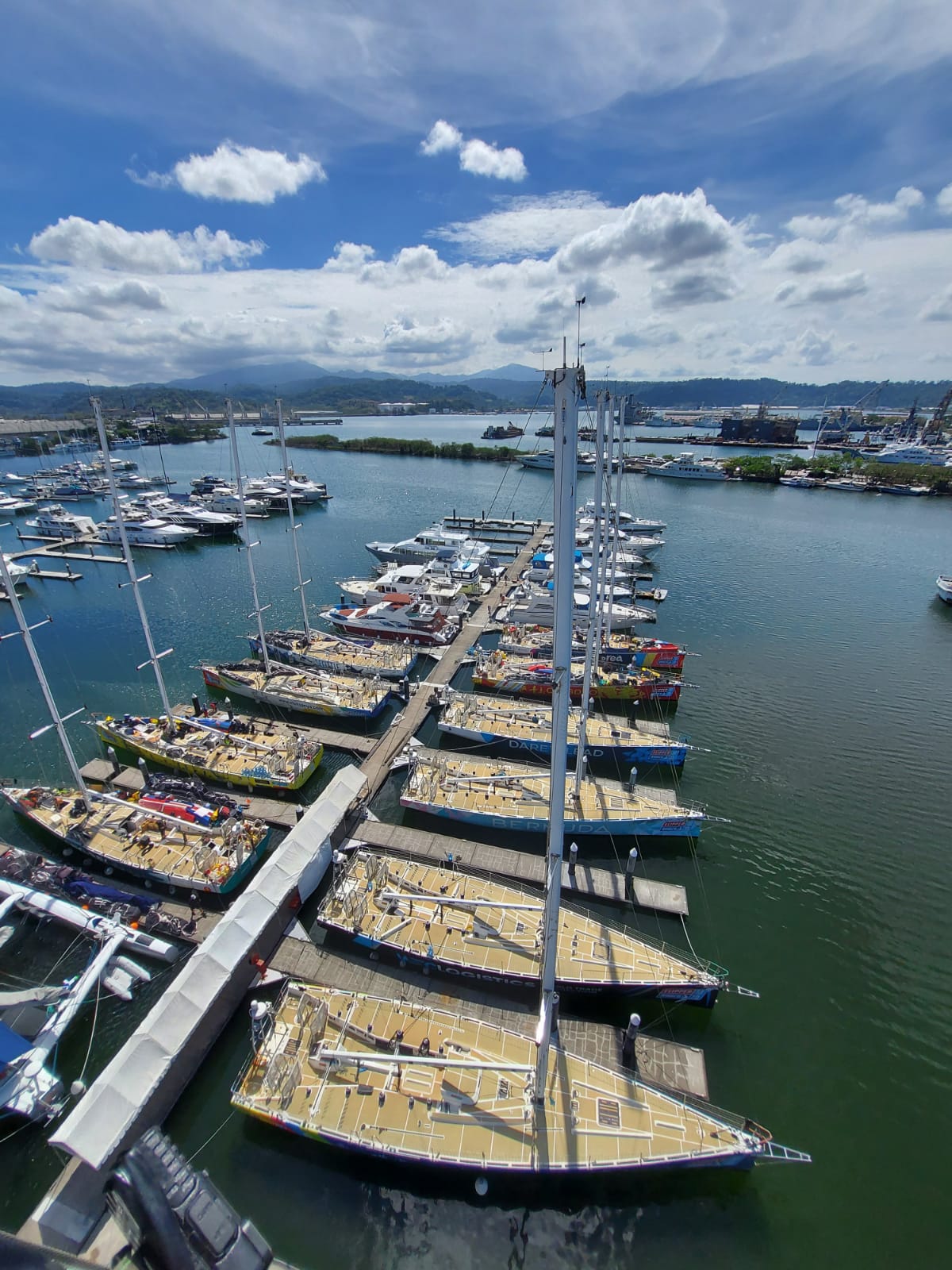 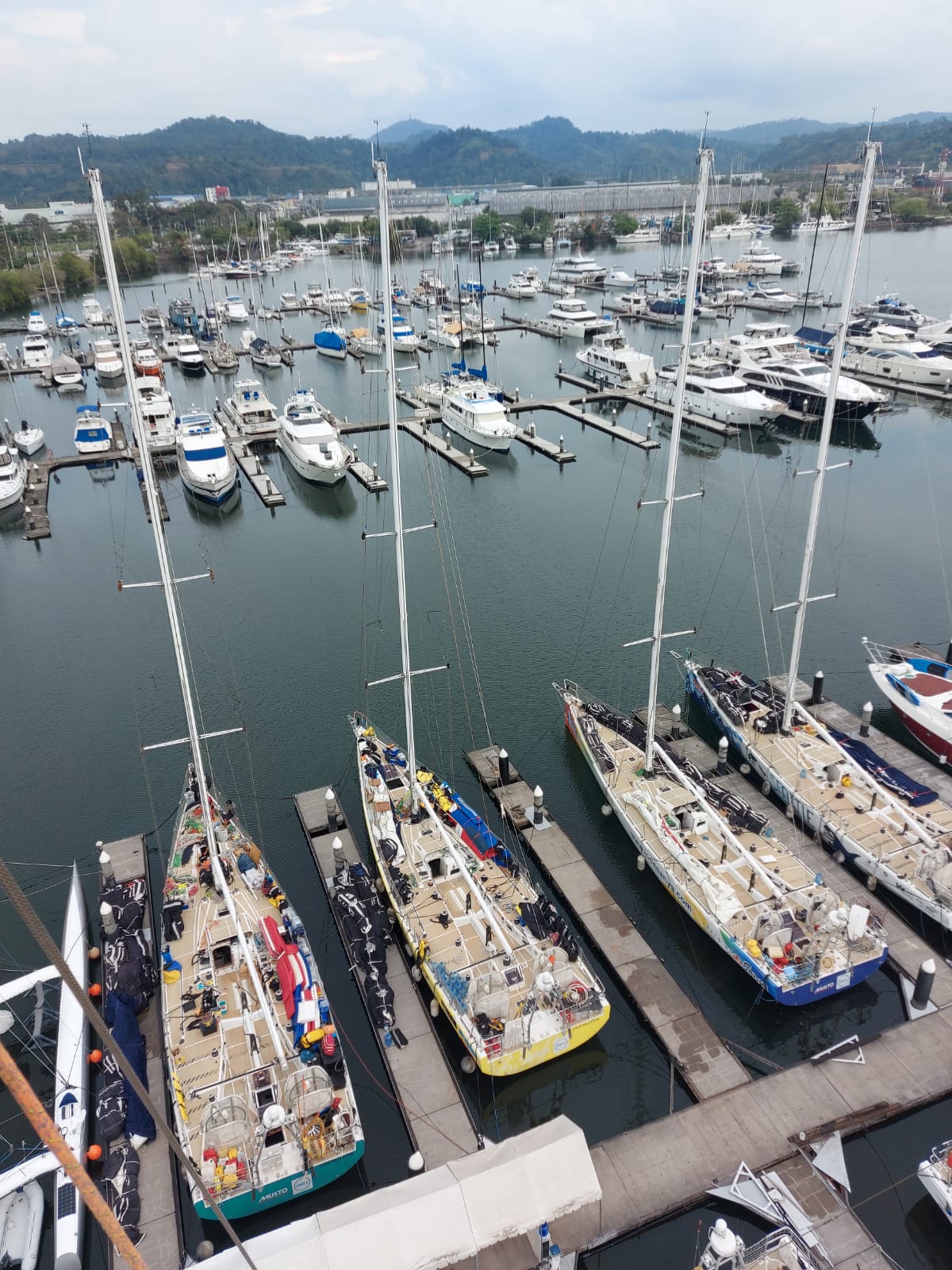 Did you know, if you were to lay all the sails from across the Clipper Race fleet you would need an area the size of almost three Premiership football pitches. 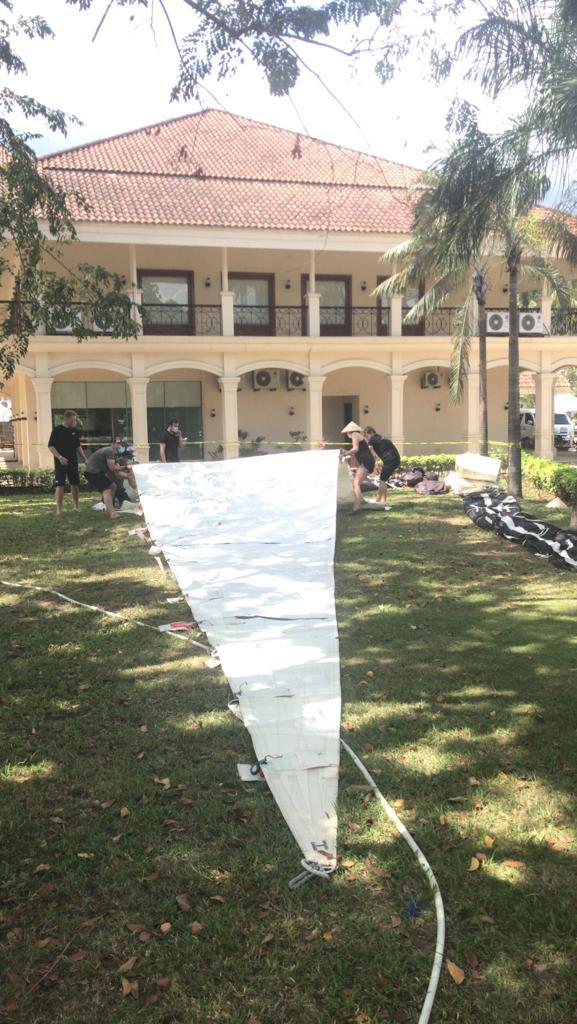 Each Clipper 70 carries a sail wardrobe of eleven different sails; including a Mainsail, Staysail, Windseeker, Yankee 1, 2 and 3, as well as a heavy, medium and lightweight spinnaker. When the 2019-20 edition was postponed the sails were packed and stowed below decks, away from the elements.

With the Hyde Sails having already powered the fleet over 20,000nm the team in Subic Bay have been unpacking and checking every sail in case repairs are needed. One of the first maintenance jobs for the team in Subic Bay included unpacking the container filled with serviced life rafts, lifejackets and more, and the checking all sails. Our Maintenance Team is back on board our yachts in Subic Bay. The team has already started the job of getting all of the rigs tuned up and reaving all of the running rigging which had been removed to protect it from the sun. This entails pulling it all back into the masts and booms with the mousing lines that had been left in their place. This task also involved recalibrating all of the standing rigging and ensuring that the masts are in column and that all of the rigging tensions are correct and equal across the fleet. DAN JONES IS BACK ON BOARD Dan Jones started work with the Clipper Race in 2018 as a Training Mate and went on to become the AQP of WTC Logistics for the first 20,000 nm of the Clipper 2019-20 Race circumnavigation.

In 2021, Dan was the Clipper Race Training Skipper for the Our Isles and Oceans up on the West Coast of Scotland, teaching young people who had been impacted by the pandemic how to sail. He now fulfills his goal of becoming a Clipper Race Skipper as he takes the helm of WTC Logistics for the remainder of the 2019-20 edition. Taking up sailing at age six, the now 24-year-old started out racing dinghies, going to national level. Even at school, Dan knew he wanted to be a professional sailor. As soon as he was old enough, he became a Dinghy Instructor at his local club, teaching both adults and children, along with helping to coach the youth race team. In college, Dan enrolled in a two year outdoor leadership and education course and on completion of his studies, started teaching and skippering charter holidays in the south Ionian Sea.

Dan wanted to be pushed further professionally, which led him to joining the Clipper Race as a Training Mate and then becoming a Clipper Race AQP. Dan believes achieving a circumnavigation in his early twenties will lay the foundations for a strong sailing career.

There are now 28 staff now on the ground in the Philippines, each receiving a warm welcome from the Department of Tourism. The Clipper Race has confirmed its lineup of AQPs (Additional Qualified Persons), also known as ‘First Mates’, who will support the Race Skippers in leading the eleven teams competing in the Clipper 2019-20 Race when it restarts in March 2022. The…