Like many others, Nicola Harford’s first encounter with the Clipper Race was when she saw the race advertised on one of the iconic posters in London Underground stations.

“I saw the big posters on the Tube in London back in 2016 and it totally resonated, I just thought that is for me” Says Nicola.

Not shy of an adventure, and having some experience of dingy sailing as teenager in boats under 15ft, the appeal of doing something new and different was what drew her to take part in the race. Nicola explains: “I have done a lot of travelling over land, particularly in Africa, so I thought this would be something new, really different and also something that I am interested in anyway.”

Born in Malawi and brought up in Africa, she lives in Zimbabwe but spends a lot of time in the UK. Nicola has also travelled all over the world through her work as an International Development Consultant in media and communications and works to educate, through media, in some of the hardest to reach places.

One of her biggest challenges to date was taking her family on a six-month trip travelling around Africa. Nicola says: “Some eight years ago, I did a big six-month overland with my family and another family in our own cars. Right the way from Southern Africa up to Egypt all the way back down to Cape Town and then back home to Harare.

“I think that equipped me quite well for the race in terms of sharing space having very limited diet, being really dirty all the time.” 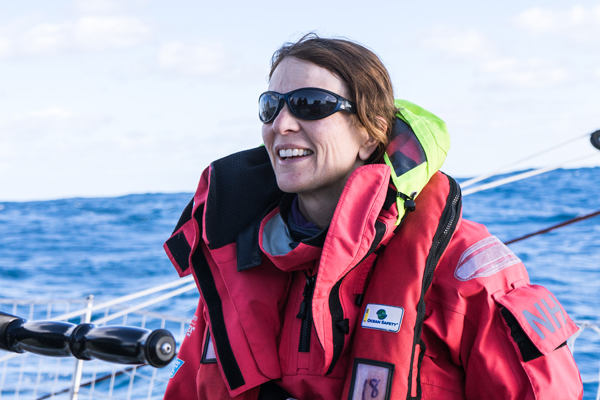 Being able to sail from one home to another really ticked the boxes for Nicola, so there was no option but to do the Atlantic Trade Winds Leg and the Stormhoek Race to the Cape of Storms. Coming from an adventurous family it wasn’t a shock for them when she told them about the race.

“Most of think that it’s pretty crazy, but none of them would want to sail across the Atlantic. My sons are pretty cool about it they like to travel and my eldest is in the army. It’s not look oh wow this extraordinary they are just like ok mum is doing something exciting and a bit crazy.” She says.

Nicola is now enjoying Cape Town after completing the first two legs of the Clipper Race on board Sanya Serenity Coast.

Looking back on her Clipper Race training Nicola said: “The first three days of training was great, I thought oh, I know what I am doing, I know the names of the part of the boat and the points of sail. But then I hit an absolute wall when all that prior knowledge just completely ran out and I was back to zero again.

“Actually, that was probably the scariest point in the whole thing when I thought can I really do this, but from then on, it’s just got better and better and more and more comfortably. It’s been a great journey.”

After completing Leg 2, the Stormhoek Race to the Cape of Storms, Nicola reflected on both Legs of her Clipper Race experience saying: “It was intense and exhilarating, I really love the bigger conditions. It felt like we were relay racing at the point, winds blowing hard the seas pounding, you are having to make snap decisions to get things done.

“I really loved it because we felt that much more confident on Leg 2, I know I really did. I got more helming in and quite a lot of bow work as well as pit, I like to do everything. So, for me it was a really great way of bringing everything together from the training and Leg 1.

“Following Sanya Serenity Coast’s success in Race 1, the team was obviously hopeful of doing really well, but I think we realised it could go any way and in the end the main goal was getting there safely in the end.

“The biggest difference I think was more focus on sailing. All the other, below deck, stuff was more routine and we got into that pattern quicker. In a way, that was more efficient and therefore we could think a bit more about the sailing, getting the evolutions snappy and the tactics.”

Sailing into Cape Town for anyone is special but for Nicola it was the icing on the cake when Skipper Wendy Tuck suggested she helm over the finish line, describing the feeling as euphoric. She said: ““I just felt so happy coming back home and seeing Table Mountain blue skies and knowing that it was the end of a really big adventure, that’s latest over a year now and I felt like I had really achieved something for myself but as part of a wider team.

“It was Wendo’s idea so when she said, Nicola you should be the one helm as you’re the African here, I just thought what a great thing to be able to do.”

After crossing the finish line in seventh place Nicola and Sanya Serenity Coast were warmly welcomed into Cape Town by supporters and fellow crew. 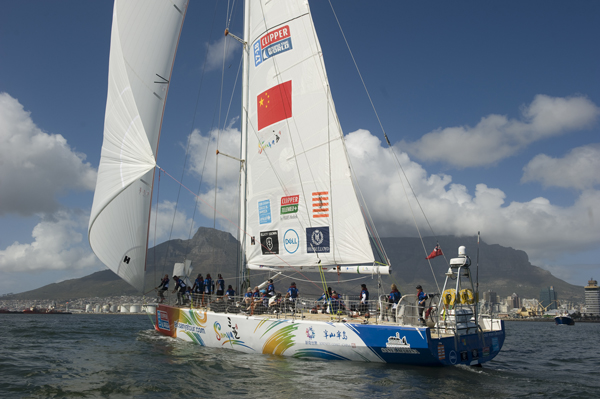 “The atmosphere has been incredible in Cape Town, we have such a tight team, but I also have a lot of friends here some of whom watched us arrive after following the whole race which was wonderful, so I have just been on a total high.” She says.

Feel inspired? Applications are now open for the Clipper 2019-20 Race, so if you think you have what it takes to race across the world’s oceans and have the adventure of a lifetime, visit the Clipper Race website to apply now.

During the upcoming exhilarating and chilly Southern Ocean Sleighride, the Clipper Race fleet may feel a world away from the…

The Clipper Race Office is very pleased to announce that it has appointed Tom Way as its new Deputy Race Director, with immediate effect in Cape Town, following the decision by Dan Smith to step down from the role in order to relocate back to…

A Prize Giving With A Difference