Seumas Kellock, a Scottish 24-year-old living in Carlisle, Cumbria, has his mother to thank for his upcoming Clipper Race adventure. After seeing the twelve yachts berthed at St Katharine Docks in London following the 2013-14 race, she couldn’t wait to tell her son all about the unique ocean challenge, and the amateur crew that had taken on Mother Nature and raced across the world’s oceans. While he didn’t think the timing was right back then, her story sowed a seed in the back of Seumas’ mind that he would be unable to ignore in the future.

“I went up to Inverkip in Scotland and saw one of the Clipper Race 68's at the boat show,” says Seumas.

“Enthralled by the stories, I signed up on the day for the full circumnavigation! Although it seemed spur of the moment, the idea had been brewing in the back of my mind for a few years.”

During the Clipper Race training, Seumas’ previous dinghy sailing experience, which he gained whilst working abroad for an activity holiday company, proved invaluable.

“I began sailing dinghies when I was 19. I was working abroad and got to try my hand at lots of different sports but sailing really stood out. I’ve been surprised to note the similarities between dinghy sailing and an ocean-going race yacht, albeit considerably scaled up. It has really helped to have an understanding of points of sail and sail trimming.” 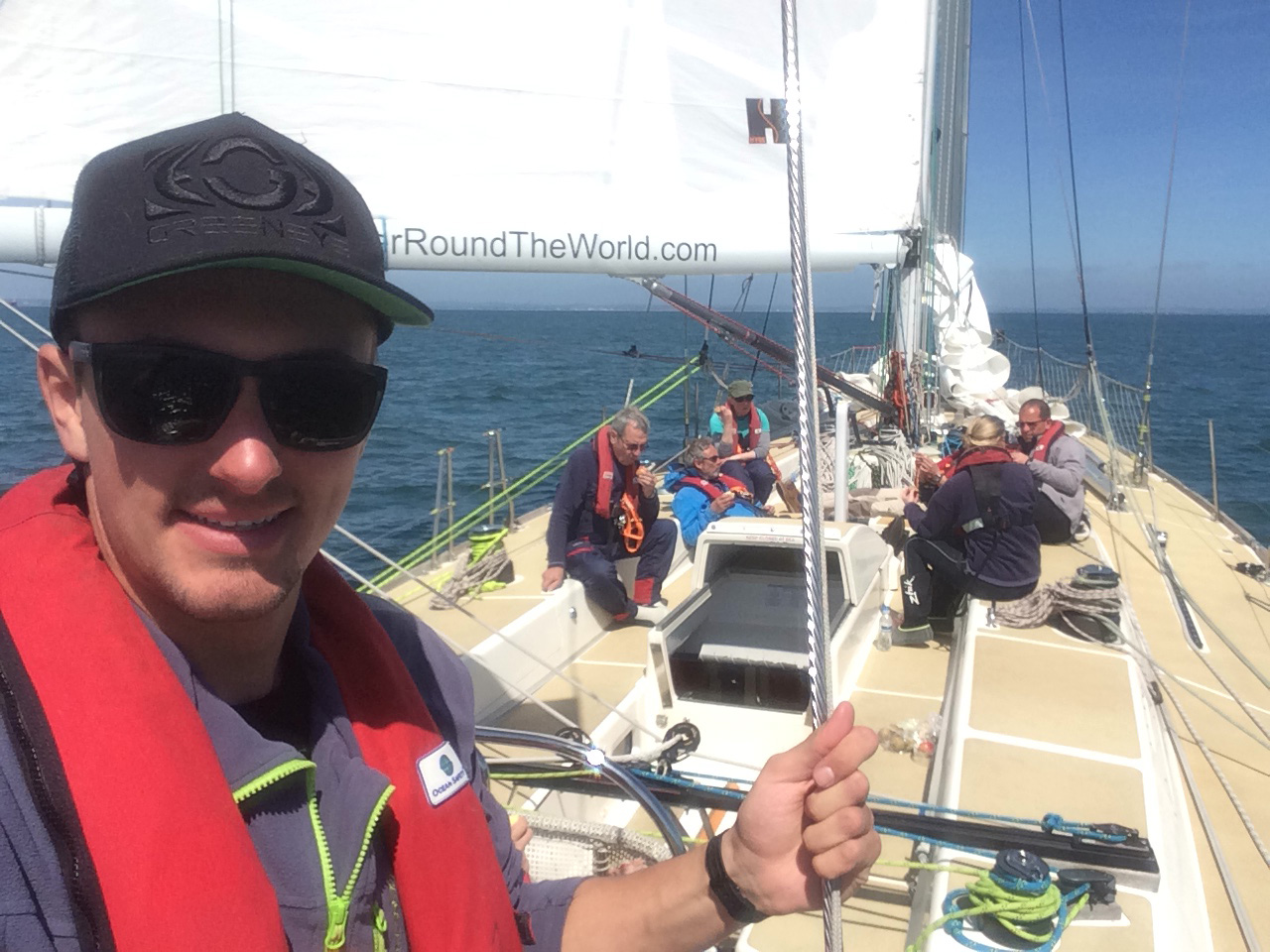 Seumas has recently returned from his level three training course, where he noticed a real step up in his abilities and performance.

“My favourite training moment so far was during the last day on the water during level three. After lots of short tacks, reefing and dropping a head sail due to increasing winds, I felt a massive smile creep across my face and realised that I had stopped thinking about everything as a process and automatically completed tasks like it was second nature. I felt exhausted but exhilarated, such a great feeling.”

“My growing confidence is credit to the great training that the Clipper Race provides, Dave definitely put us through our paces but was such great experience.” 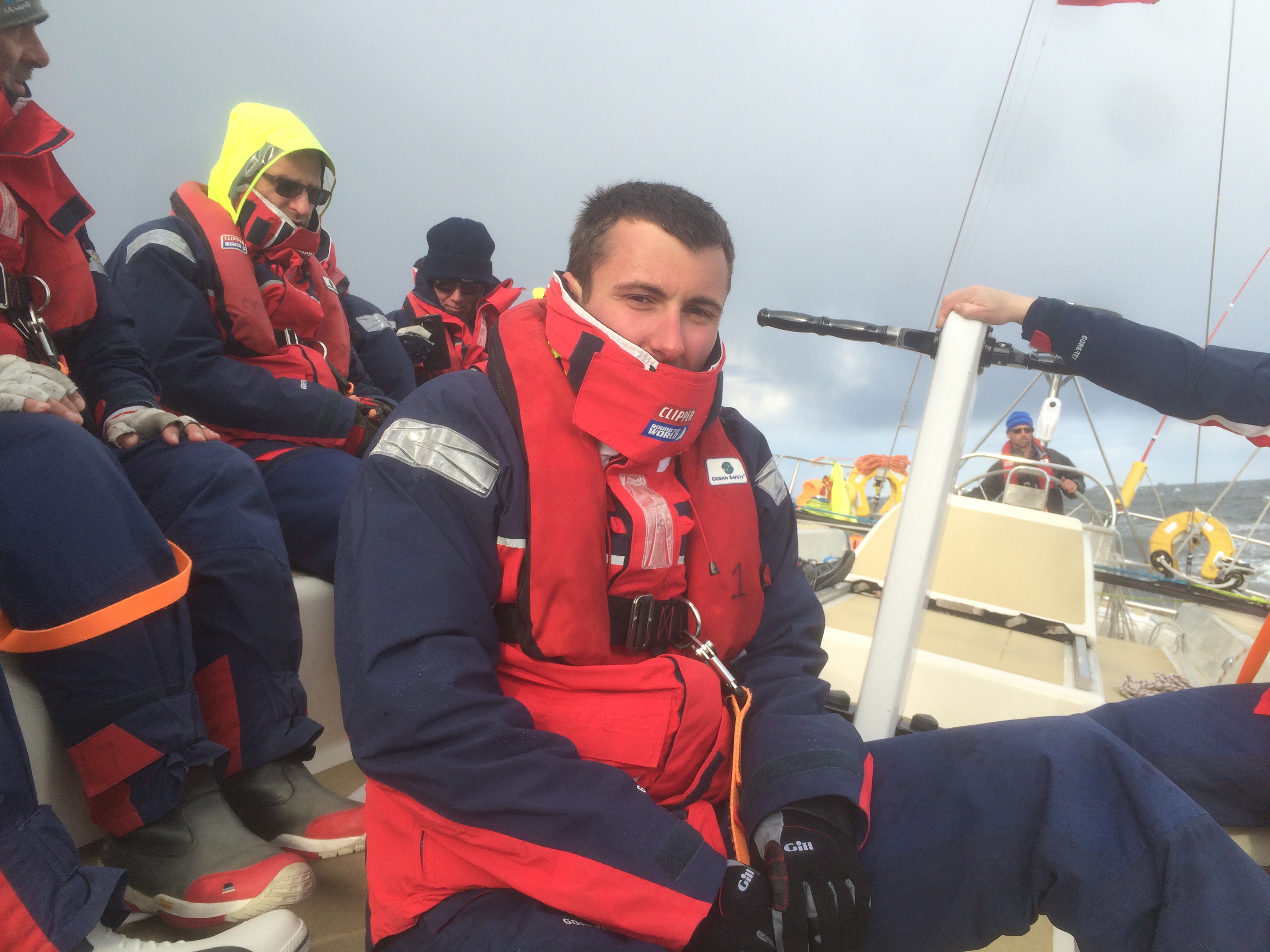 Seumas’ mother, who has been an inspiration to him as he grew up, is fully supportive of his Clipper Race challenge.

“After my parents divorced when I was 13, my brother and I moved in with our mum so I that proximity has created a very close bond between us. She has always supported me in everything I have chosen to do - as well as steering me in the right direction every once in a while!

“My mum wishes she had had the ability to do something like this when she was younger. I think she would love to complete a leg of the Clipper Race and I keep encouraging her to do so. I hope she will try it, maybe during the 2019-20 edition. She is a keen skier and enjoys the outdoors so hopefully my experience will convince her to try it!”

When asked what his friends think about his 40,000-nautical mile challenge, Seumas says: “My friends think it's a bit ridiculous. They thought I would be just sitting and drinking gin and tonics the whole way. After showing them a few YouTube clips they soon realised that will be far from the reality!”