Chee Wah Lum is setting his sights on joining a small cohort of Malaysian nationals who have circumnavigated the globe - and is set to become the first Malaysian ever to race around the world with the Clipper Race when he sets sail in summer 2023.

Having recently retired from a career in banking, Chee Wah is now busy preparing for the epic 40,000 nautical mile circumnavigation. On why he has signed up to join the race, he says: “I’m just trying to do what I have dreamt of all my life. As a teenager I wanted to sail around the world. I joined Raleigh International, a youth expedition organisation in 1991 and I loved the community of international adventurers. I was always looking for an opportunity to sail around the world, but I couldn’t do it myself because I had no experience.” 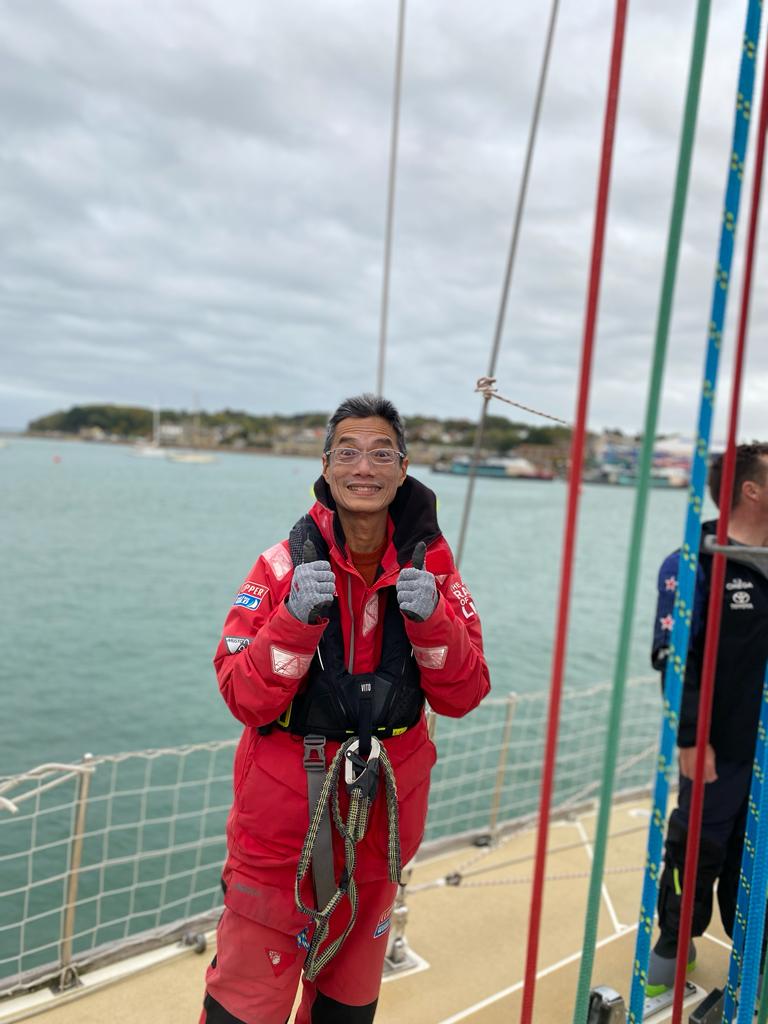 He continues: “My first experience sailing was in Club Med on my own, for two hours in a dinghy catamaran with an instructor. Now I’ve got this amazing opportunity with the Clipper Race. I don’t know how I had never heard of it! I saw an advert on Instagram, and then I spoke to my wife and my children and I told them I want to do this race because I have always dreamt about it.”

Although he has little sailing experience, Chee Wah certainly has a taste for adventure, citing free diving, cycling and bouldering as his passions.

Chee Wah is not alone - many Clipper Race Crew sign up with very little sailing experience and some 40 percent of participants have never sailed before stepping onto a Clipper Race Yacht. Every crew member, whether new to the sport or a seasoned sailor, completes an intensive four weeks of compulsory training so that they are ready to safely tackle the most challenging of situations during the race. Each level of training is a relentless challenge in itself, working with professional skippers and mates on board purpose-built 68-foot and 70-foot yachts to become competent, safe and efficient Clipper Race Crew.

We spoke to Chee Wah after he completed the second of four Clipper Race training weeks. Back on dry land, he described to us his experience so far: “I love the Clipper Race language, the safety and the discipline. Level 1 and 2 has been an overload of information for me as English isn’t my main language and so I appreciate the patience from the skippers and mates.”

He continues: “I watched a lot of sailing videos to try and learn as much as possible and learn the basics of sailing. When I started Level 1, I was really apprehensive, mainly because I wasn’t sure if I could pass, as I was a complete novice. But I realised after Level 1, that it’s fine to have no prior experience before your training. 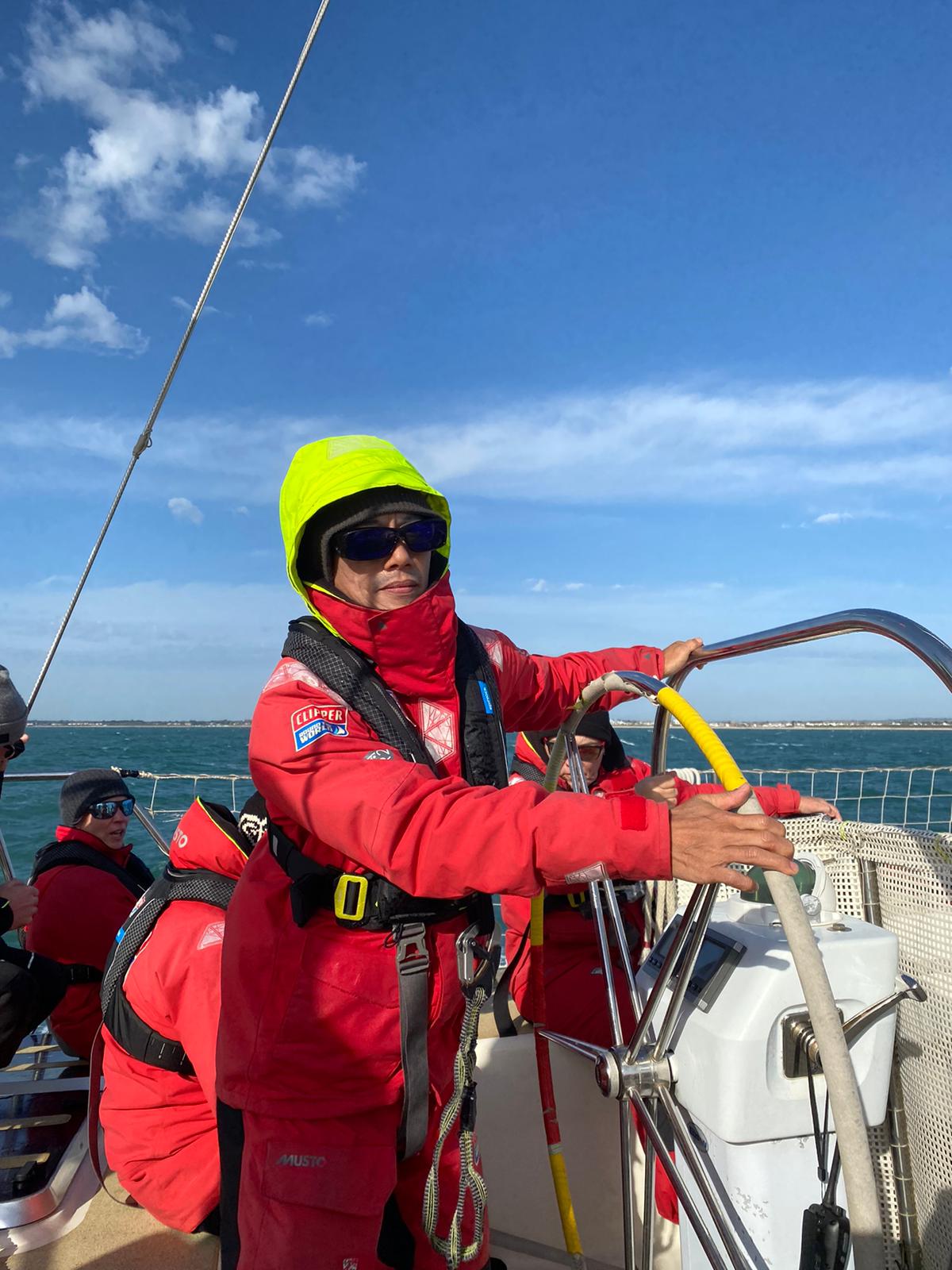 Image: Chee Wah at the helm

“I asked the same questions a few times, and the instructors were very encouraging, and allowed me to make mistakes and they then corrected me. I’m not embarrassed to make mistakes, or by the learning experience, or by my shallow knowledge - I am ready to absorb as much as possible and I pray that I can retain all that I have learnt before my Level 3!”

Nothing can fully prepare you for a circumnavigation of the globe, and the range of emotions the crew go through while racing and being so far away from family and friends is immense. Chee Wah agrees, stating “the hardest thing for me will be being separated from my wife for eleven months.”

Chee Wah, who says taking part is more important to him than winning, reflects on his training so far, and offers advice to any Race Crew yet to start their Clipper Race journey: “I would say that anyone should come with an open mind and be ready to learn and get involved, take instructions, do and learn, because the more we practise, we just get better. I believe that by the end of the race, I will be able to be an expert crew member.”

The route Chee Wah will complete is divided into eight legs and between 13 and 16 individual races including six ocean crossings - and he will be taking on the lot.

The Clipper Round the World Yacht Race can provide the platform for everyday people from all walks of life to take part in something truly remarkable. Visit the Clipper Race website for further details on how you can apply.