Punta del Este will be racing to its home port on a huge high after claiming a win in the opening race to Portimão in Portugal.

Despite being as low as sixth in the standings earlier in the day, the Spanish Skipper of Punta del Este Skipper, Jeronimo Santos Gonzalez, used his local knowledge and, along with his crew, navigated the light winds off Portugal with precision to cross the finish line in first place at 00:45:22 UTC.

Says Sir Robin Knox-Johnston: “This has been a lesson in land-sea breezes. As the land cools off at night, the water remains warm. So you are looking for that breeze that develops between the land and the sea. It probably goes out a couple of miles, but it’s well worth looking for. And that’s obviously what the winning boat found. They came creeping by, inside the others, and here they are in first place.” 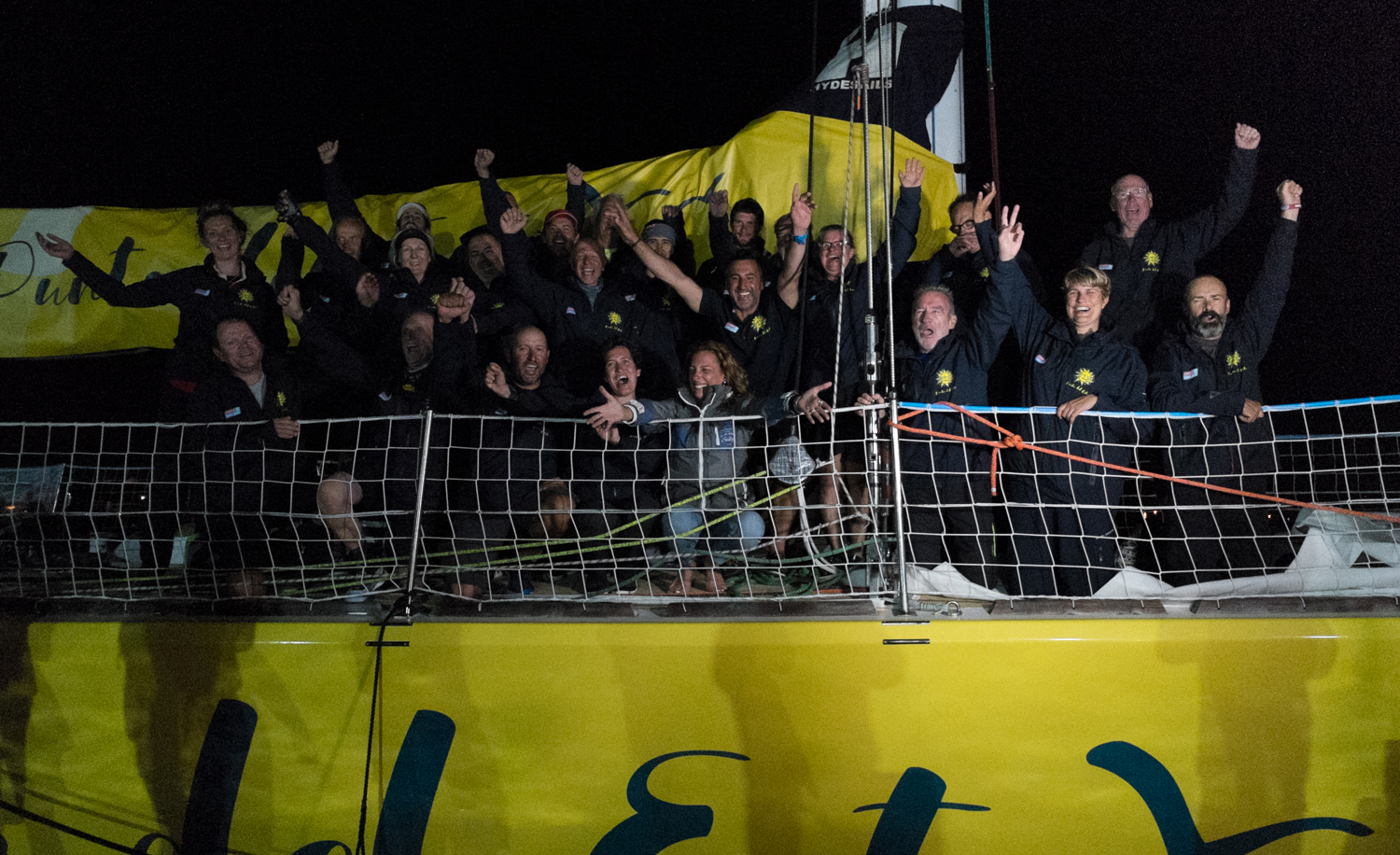 It has been an incredibly successful race overall for Punta del Este. As well as the eleven points for the win, the team will also add three bonus points to its overall tally after setting the fastest time in the Ocean Sprint.

Punta del Este Skipper Jeronimo Santos Gonzalez said: “It has been a bit of a challenging one but it feels amazing. My team has worked so hard and I am just ecstatic, just over the moon.

“I think the moment was when we went through Finisterre. We pushed ourselves so hard day and night, day and night. We won the Ocean Sprint and that kept us motivated and focused.”

Another team that saw success in the light conditions was Dare To Lead, who snared second place after finishing one hour and three seconds behind Punta del Este at 01:45:25 UTC. 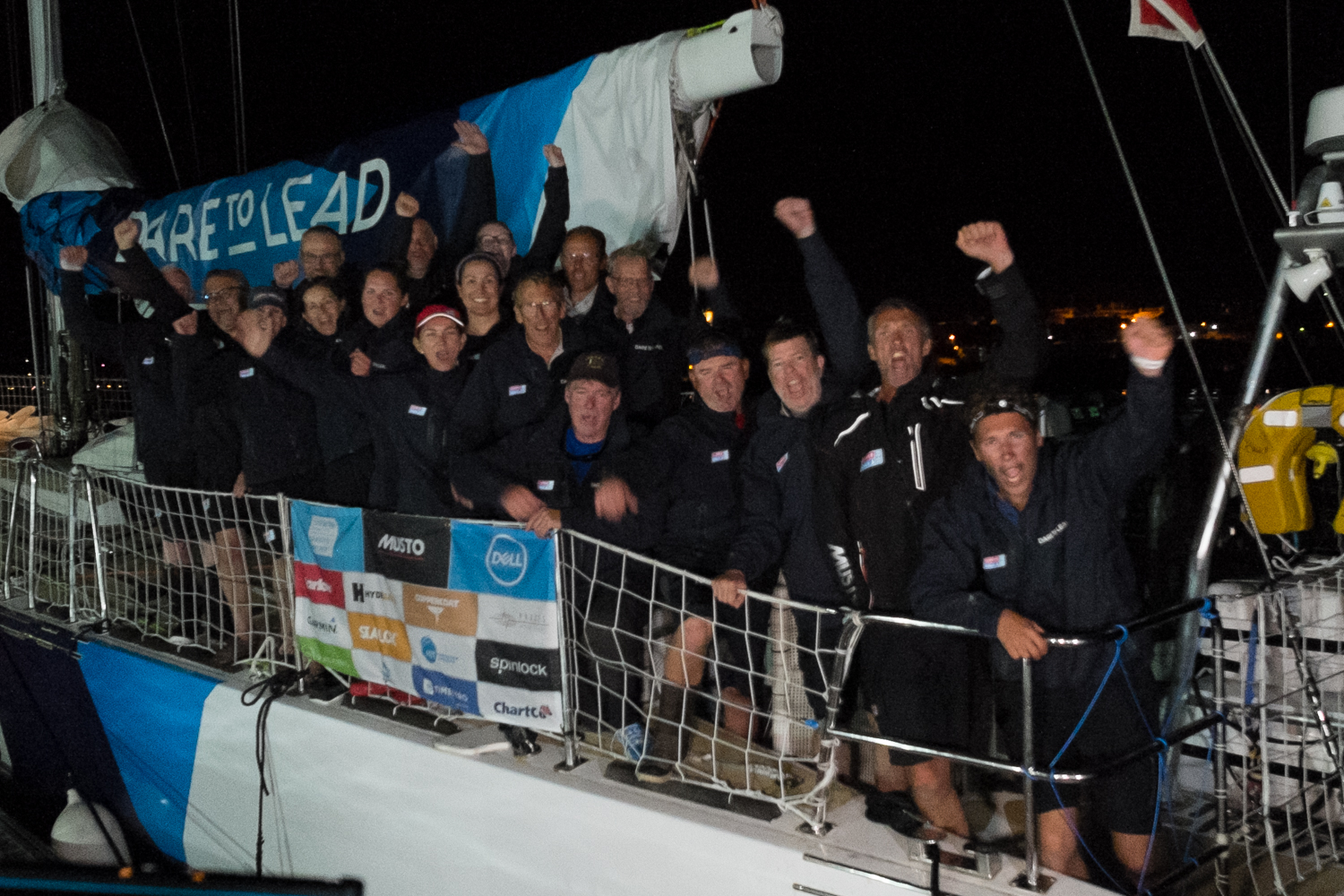 Dare To Lead Skipper Guy Waites said: “It was a long, long slog today. Definitely felt like the longest day of the whole week.

“It was a great effort by the team and my mate Hugues was fantastic as well. We put a huge amount of effort in for the finish and second place is very much deserved.”

Despite leading for much of the race, Qingdao had to settle for third place after falling victim to the dying breeze off the southern coast of Portugal.

Skipper Chris Brooks said: “It was epic, hard work. We tried everything we could and it was just mother nature in the end that didn’t allow it to happen. It’s great to come third, I think it is a good foundation for Qingdao to go off and win the race.” 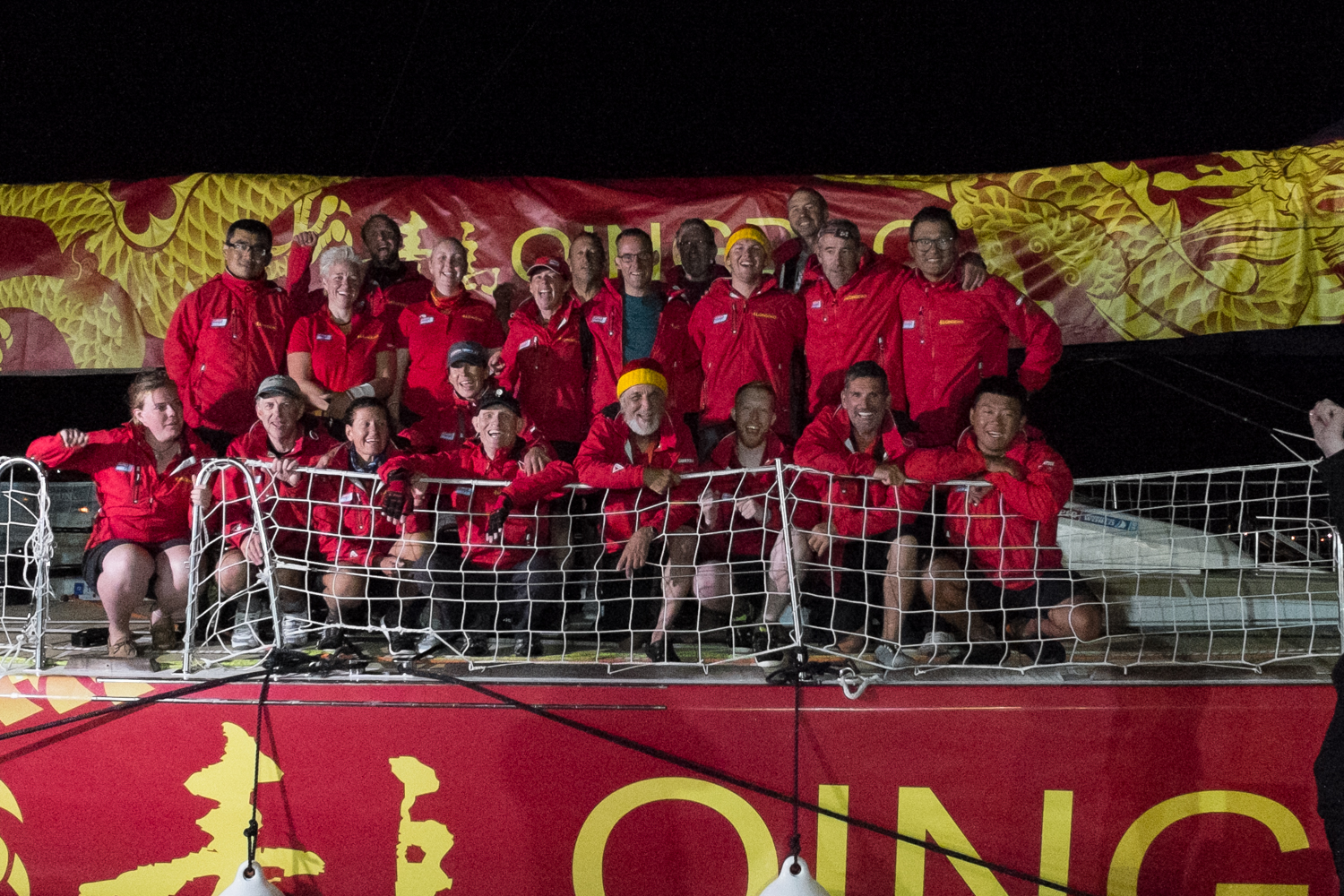 But while Qingdao missed out on the win, the team is still looking very good in the standings. As well as collecting nine race points for third, Qingdao also earned three bonus points in Race 1 after being the first team across the Scoring Gate.

Skipper Chris added: “Having been the first boat to score points in the race and now coming second overall, we just want to work on that and improve it and be first by the time we arrive in Punta del Este!”

The Marina de Portimão literally rolled out the red carpet for the top three teams, with the crew treated to a well-earned VIP drinks reception. As well as being able to enjoy the sun, sand and surf the Algarve is famous for, Portimão will be putting on a show, with wine tastings, museum tours, and a beachside pool Prizegiving party organised for the coming week. For more information about Portimão, see the Host Port Page.

The next stop after Portimão is the Uruguayan city, Punta del Este. After crossing their first ocean of the circumnavigation - the North Atlantic - the teams are due to arrive in the ‘St Tropez of South America’ between the 12th and 15th of October.

“The surfing at constant 25 knots for some time was some of the best sailing I've done, ever…”Chris Books, Skipper of QingdaoImage: Ha Long Bay Viet Nam surfing down waves off the coast of Portugal todayThe eleven Clipper Race teams enjoyed a…