Qingdao has completed the Stormhoek Race to the Cape of Storms and crossed the finish line at 1131 UTC (1331 local time) with an elapsed time of 366 hours and 21 minutes.

This places the team ninth on the Race 2 leaderboard.

The Chinese entry was closely followed by LMAX Exchange, completing its race across the South Atlantic at 1326 UTC (1526 local time).

Skipper Igor Gotlibovych paid tribute to the crew. He said: “The team has worked very hard to achieve a competitive race time in very difficult weather conditions, and recording fast boat speeds in the strong winds. They have shown great courage and endurance. Everyone has played their part in getting us to Cape Town safely.

“It was a match race with LMAX Exchange and we are very happy to have beaten them in this race because they are a strong team. We took the decision to go South and head for the Scoring Gate and are so pleased that it paid off.”

Qingdao also picked up three bonus points by being the fastest team to reach the South Atlantic Scoring Gate. This manoeuvre meant that the team had to push down into the Southern Ocean to avoid the high pressure system and encountered challenging conditions in the notorious waters which circulate around Antarctica developing large waves without encountering land.

Qingdao ambassador Huanyu Cai is a 37 year old an air stewardess who had no previous sailing experience before starting her Clipper Race training. Huanyu said: “It was a fantastic journey, full of storms, surprises and really it was like living a mini-life within your own life. The team is so strong and everyone is very supportive of each other. My confidence dipped at one stage when we were in a storm but everyone helped me believe in myself again. That is what the Clipper Race is all about and I am so grateful to have had this opportunity.” 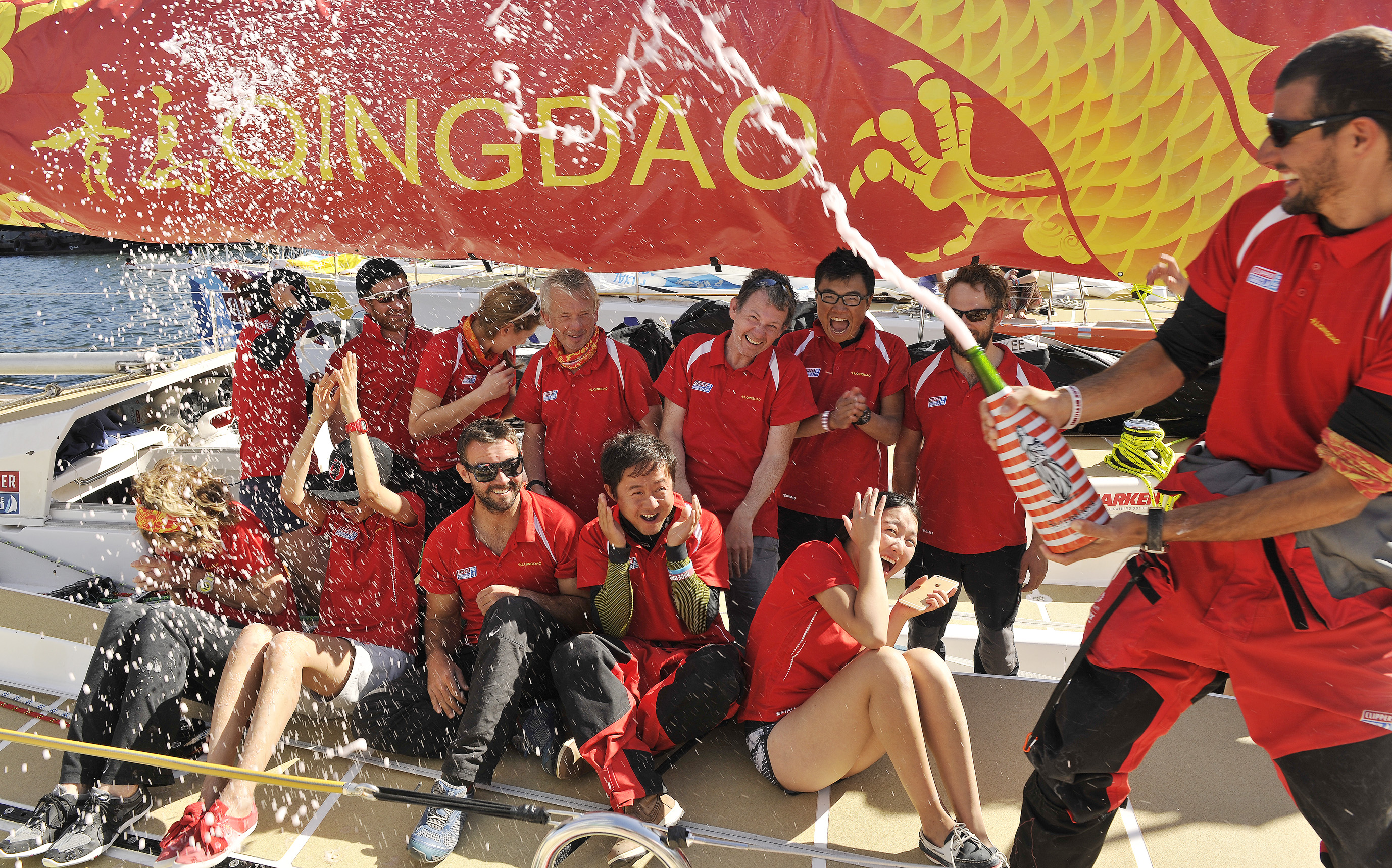 Arriving at the V&A Waterfront, LMAX Exchange Skipper, Olivier Cardin said: "It was difficult because we didn’t start with the other boats but in the beginning it was good because we had good speeds. We chose a different course to Qingdao and had some great days, covering 215 miles in one day. Unfortunately in the last five days there was a big high pressure system to overcome and it was very difficult. Qingdao went South of us to the Scoring Gate and under the high pressure.

"We concentrated on trimming and spent a long time with our spinnaker and white sails. So we held on but missed out to Qingdao in the end. Despite that, the morale on board has been great."

Stepping off the boat in Cape Town, Leg 1 and 2 crew member, Jonathan Byfield, a 30 year-old Field Engineer from Colombia said: "It was fantastic, a really great experience. This race was different to Leg 1, we had bigger waves, tougher conditions and weather but it was exactly what I expected from an ocean and you can really feel the power of the ocean and nature.

"It was difficult to start the race after the other teams, that put us into a situation that made us make other decisions. We went north which I think slowed us down, if we hadn’t done that we might have done a lot better.

"We were converging with Qingdao a few times during the race. We couldn’t see them as they were further away but we knew we were still just a couple of miles apart. There was some tension in the team of course, we wanted to know on the hour where the other teams were but of course everyone is trying to make top speeds.

"The morale on board was great, we have a really good team and the highlight was surfing the big waves. The biggest challenge was dealing with the people, 19 people in a small boat is a challenge but you can do it. I have never been to Africa before and unfortunately I fly home on Wednesday so I will make the most of my visit. I will definitely try to continue sailing when I get back home, I’m actually thinking of signing up for another leg of the race next year if I can, that would be great!" 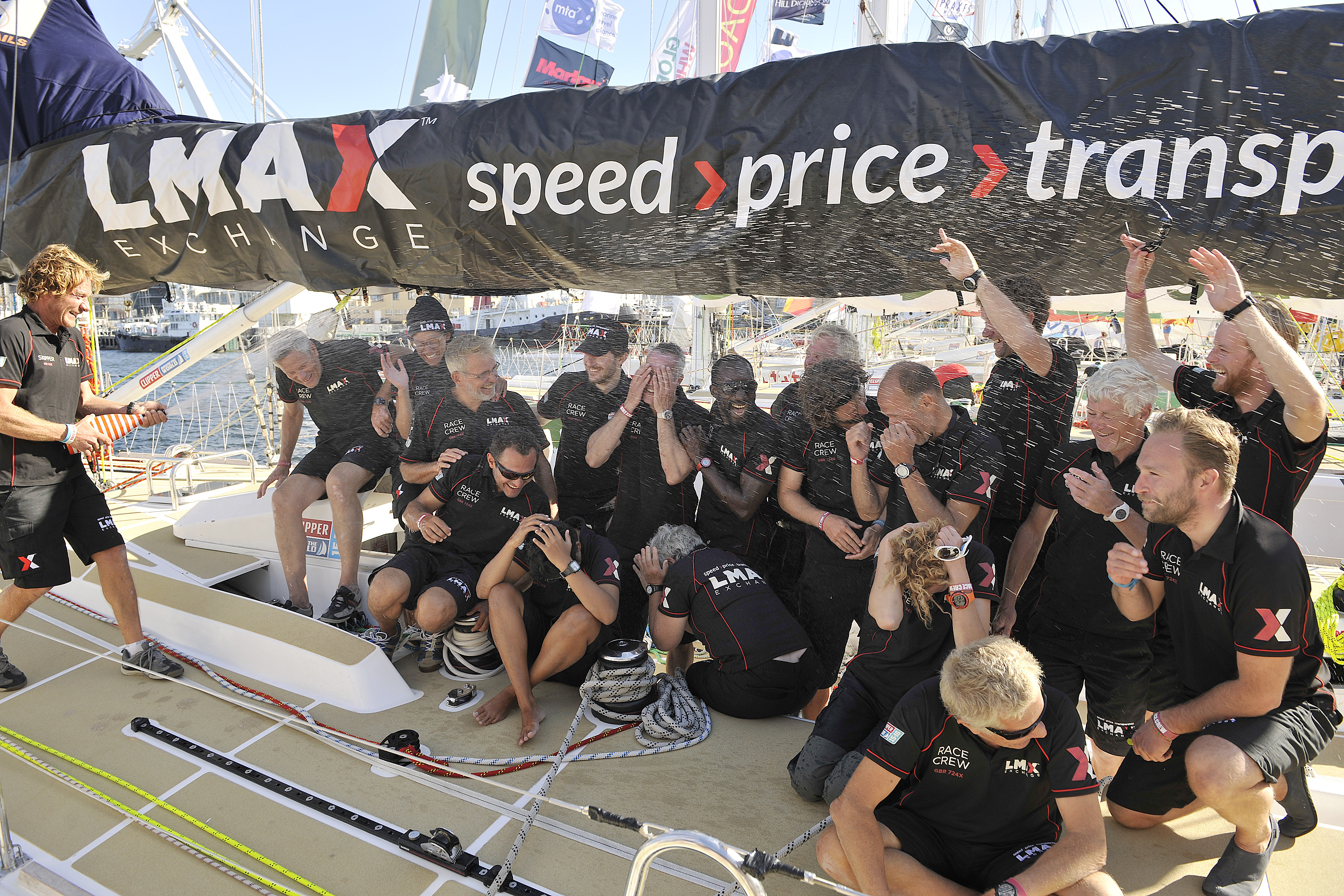 With an elapsed time of 368 hours and 16 minutes, LMAX Exchange is placed tenth on the Race 2 leaderboard.

After a thrilling race across the South Atlantic, the final standings for Race 2: Stormhoek Race to Cape of Storms are:

The race to Cape Town is not over yet. After chasing its nearest competitor since Rio, Qingdao has overtaken LMAX Exchange, finding stronger winds and a better angle in the final approach to Cape Town.The south easterly/south south easterly breeze is…