There have been leader board changes overnight with shifting winds and variable conditions resulting in teams experiencing some of the most demanding on board conditions of the race so far.

Unicef, which had enjoyed four consecutive days in the lead, has now slipped behind Sanya Serenity Coast and Visit Seattle which now take first and second place respectively.

Nikki Henderson, Skipper of Visit Seattle: “It's been our toughest 24 hours yet.

“The crew worked their socks off yesterday in very shifty winds. We've been tacking a lot, (change direction by 90 degrees or so which requires heaving all the sails that are up from one side of the boat to the other side), to keep making ground south and west.

“We have done three headsail changes, having begun yesterday with the Yankee 1 up, then we saw 30 knots and pouring rain so went down to the Yankee 3. Wind gradually decreased over the course of the day - so the Yankee 2 made an appearance and now we are back up to the Yankee 1.” 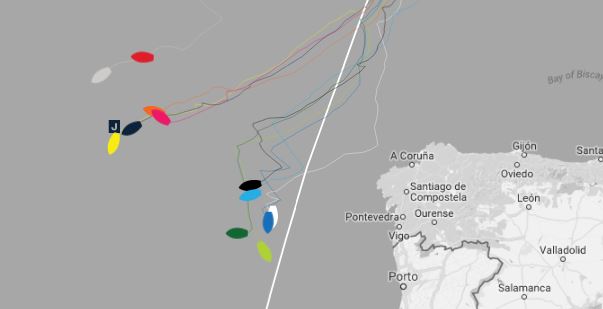 For the teams that decided to stick to the easterly route, the front is still moving through which will be associated with deep cumulonimbus cloud formation, which bring strong but short-lived gusts of wind, which Liverpool 2018 Skipper Lance Shepherd described as “squalls, dunkings and fruity conditions overnight.”

Whilst the conditions are keeping Skippers and crew busy, they are also proving to be pretty enjoyable.

Garmin Skipper Gaetan Thomas says: “Every day the level is rising and we had another busy 24 hours. In the day, the wind was picking up speed and waves were falling on deck. The water is warm so each bucket of water on our face created a lot of smiles on deck and was often followed by a big apology from the helm.”

For teams that took the westerly route, tactics are starting to pay off with Liverpool 2018 now sitting in seventh position and HotelPlanner.com in eighth.

Commenting on the past 24 hours, HotelPlanner,com Skipper, Conall Morrison, reports: “We have sailed from the centre of a high to the centre of a low in about 36 hours, going through each gear change, taking each of the three Yankee sails up and down, and each of the reefs in and out as the wind increased and decreased on our chase west - it's great fun!

“After the passage of the low, when boats get into the NW airflow, we will see how positions have changed and who comes out best.” 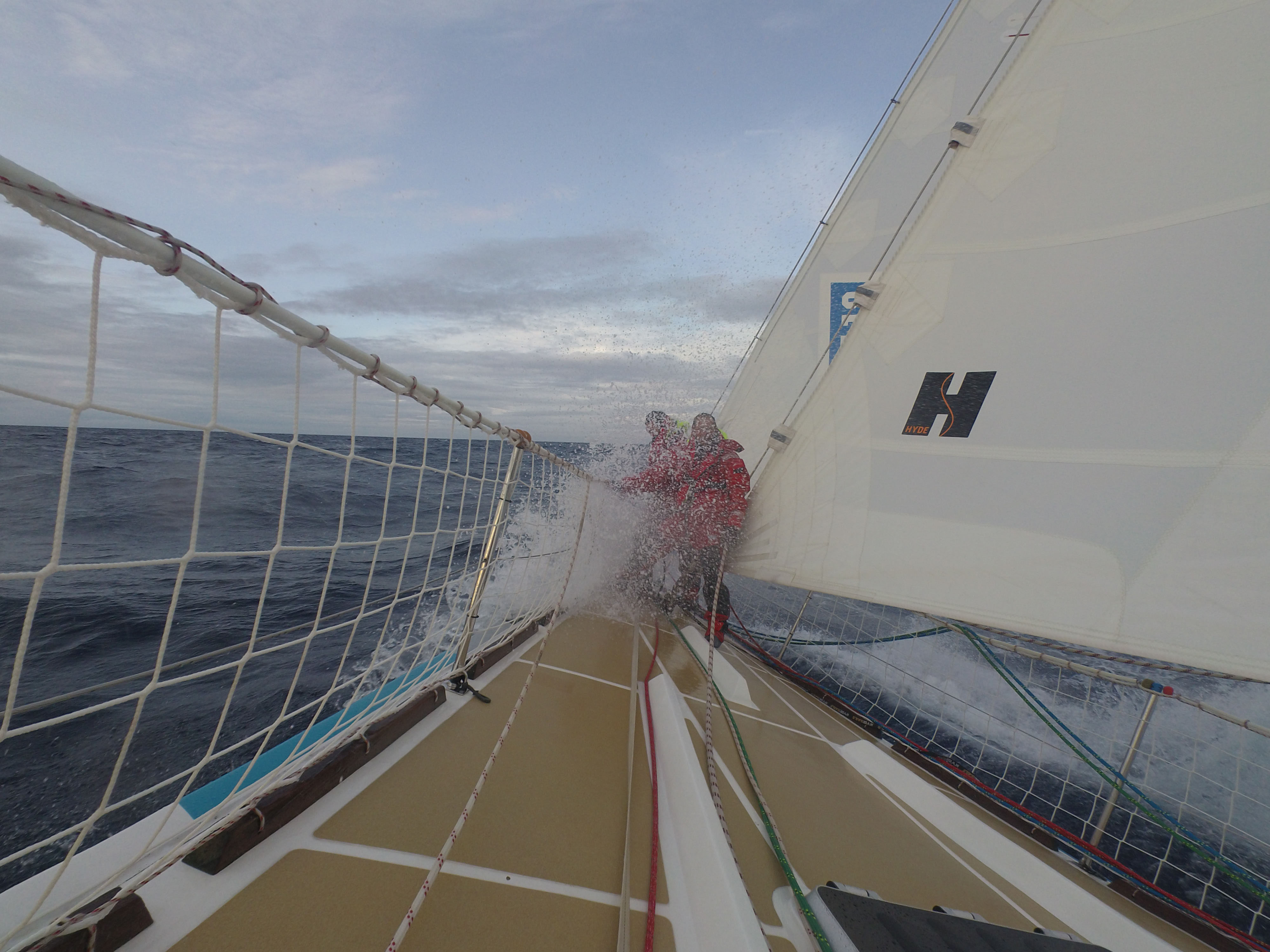 Image: Crew on board Nasdaq during Leg 1, the Atlantic Trade Winds Leg

Andy Burns, Skipper of GREAT Britain, currently in ninth place, said: “We are continuing to work our way west towards those westerly’s which we hope will take us rapidly south.

“Given the unpredictability of the winds, though, we will not know for certain if this will work for a few days. The game of Ocean Racing is certainly a complex one.”

The tactical game also took a new turn yesterday when PSP Logistics became the first team to activate ‘Stealth Mode’, a 24-hour period during which a team can choose to become ‘invisible’ to its competitors and Race Viewers.

Mark Light, Clipper Race Director, commented on the decision: “Stealth Mode can be used to hide an important tactical decision from the rest of the fleet and with changeable weather conditions, it will be interesting to see what Roy Taylor and the crew of PSP Logistics decide to do in this 24-hour stretch.”

Whilst the Clipper Race Office will remain in full contact with PSP Logistics, the rest of the Clipper Race fleet and viewers at home will not receive any location updates until 00.00 UTC on the morning of Sunday 27th August.

Light winds continue to challenge during the fourth day of racing, which have caused the fleet to condense by 20 nautical miles in the last 24 hours in the Bay of Biscay.Andy Burns, Skipper of GREAT Britain which is currently in sixth place, reports that…

As the fleet makes steady progress south past the UK and towards Northern France, Skippers and crew are focusing on…