It may be the 4th of July but it’s not so much independence day for the Clipper Race fleet as they are still racing in two fairly tight packs. Five teams went for the Scoring Gate but with only points on offer for the first three to cross, the competition was closely fought.

Unicef is back in first place and according to the Race Viewer it looks like the team’s decision to go for the Scoring Gate paid dividends (the official results are being checked and will be confirmed by the Race Office later today). Speaking on his birthday, Unicef’s Additionally Qualified Person on board, Guy Waites, said “together we celebrated the day in style, we've gybed more times than there were candles on the cake (slight exaggeration) and just in time to pip Visit Seattle to the scoring gate.”

Nikki Henderson and her Visit Seattle team have their sights clearly on Unicef as they are just over one nautical mile behind the bright blue boat. They too went for the Scoring Gate and being in Stealth Mode meant their sneaky progress was a surprise for their follow gate chasers. Again, official results are to be confirmed but two bonus points will be very important to Henderson’s team who currently third on the Overall Race Leaderboard.

Skipper Nikki has high praise for the team, saying: “It felt like finally after a year's hard work training everyone - blindfolded helming, ripping spinnakers, whiteboard sessions, reef after reef after reef - and so much more, this team did some real racing. Like really classy racing - slick gybes, everyone getting involved in the tactics, a massive team effort with everyone pitching in.” 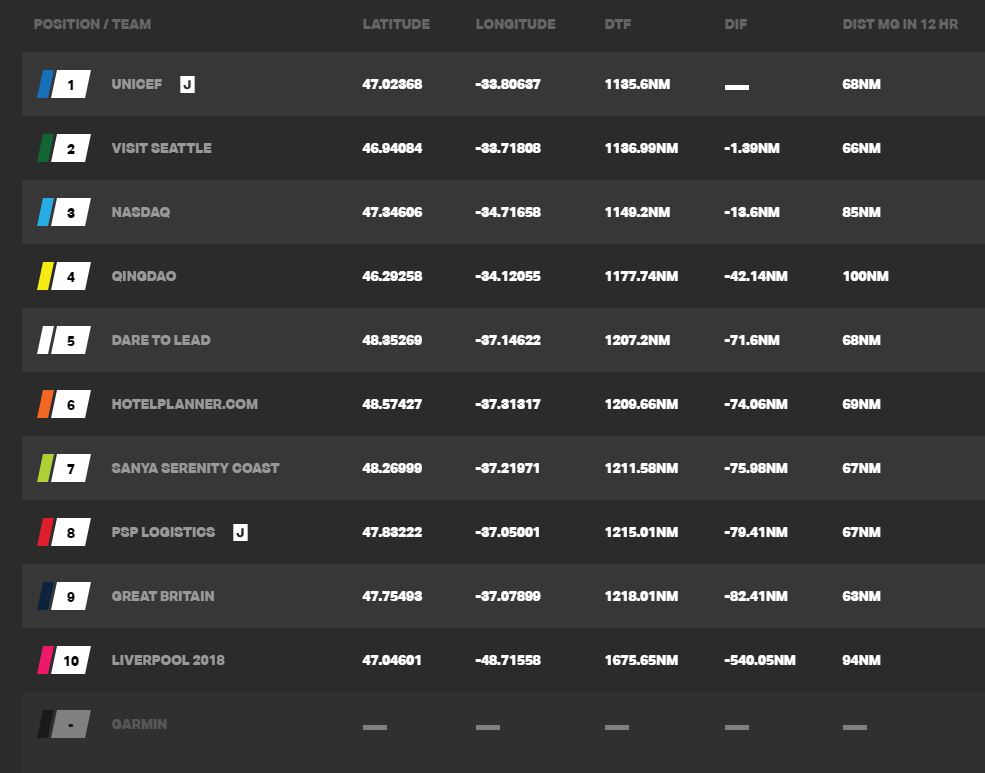 Dominic Littlewood, from Liverpool 2018, is now safely back in the UK and recovering well. His team have set sail from St John’s, Newfoundland and are now back racing. Watch their progress on the Race Viewer as they play catch up towards Derry-Londonderry.

The weather has changed for the Scoring Gate pack. Rob Graham, Skipper of third placed Nasdaq says: “We're now heading north-ish through some very tricky weather - big wind shifts, rain and limited visibility.” But Clipper Race Meteorologist Simon Rowell has predicted low-pressure driven wind by the end of today and looking ahead towards the end of this Race 12: LegenDerry Race, there is a strong chance of light winds. With six days to go until the Derry-Londonderry arrival window - the race is still wide open for teams to scoop victory.

Race 12: The LegenDerry Race is expected to take up to 19 days, with the Clipper Race fleet estimated to arrive in Derry-Londonderry between 10-14 July – just in time for the Foyle Maritime Festival. The award-winning festival will run from Saturday 14 July until the fleet departs for Liverpool on Sunday 22 July. For more information about Foyle Maritime Festival, see the Derry-Londonderry Stopover page.

A split is starting to divide the fleet as teams make their Scoring Gate decisions, but with only 20 nautical…