After 26 days and over 5,000 nautical miles of racing, the winner of Race 2: The Commodore’s Cup to Punta del Este, Uruguay, is expected to be decided today. But who will the winner be, Qingdao or Visit Sanya, China?

With less than 80 nautical miles (nm) to the finish line at Yacht Club Punta del Este, Qingdao has extended its lead to 14nm over the second placed Visit Sanya, setting up a nail-biting finish to the race across the Atlantic Ocean. 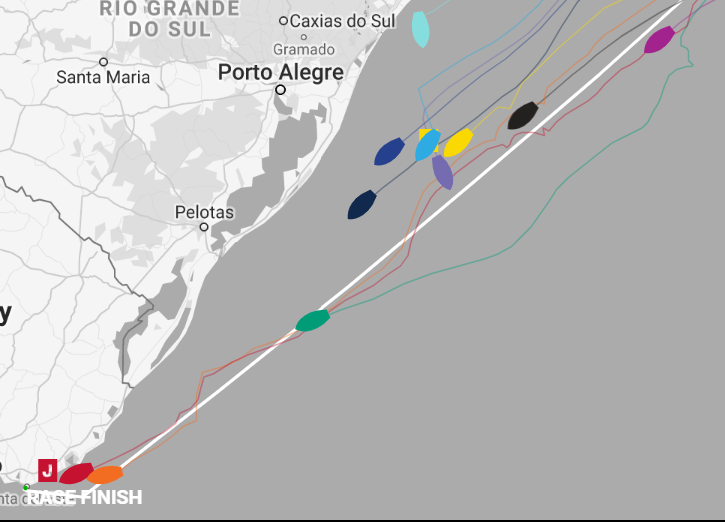 As just hours remain in the race, both teams are doing everything possible to increase boat speed. Visit Sanya Skipper Seumas Kellock said: “We had had a good night under the Code 2 Spinnaker and made great miles towards the finish. Then, as forecast, the wind slowly but surely eased and eased and eased.

“Then came the time for us to test out almost all our sails. Within 2 to 3 hours, we went from Code 2 to Yankee 1 and Staysail, then to Windseeker, then moving onto Code 1, all the while being baffled by Qingdao’s seemingly out of this world speed (only 7 knots, but when we were doing 3 knots, it looks really fast).”

Whilst the top two spots are likely to be decided today, the majority of other positions in Race 2 are all still to play for. Ha Long Bay, Viet Nam is in third place for the fourteenth consecutive day and has an 84nm lead over the fourth placed Dare To Lead. But the forecast could change that, as explained by Ha Long Bay, Viet Nam Skipper Josh Stickland: “My First Mate Hugo and I are scratching our heads a little trying to work out the best way to negotiate the wind hole that will engulf us in the coming 24 hours, so as you sit down to your lunch today, please think of us as we frantically change from sail to sail, eeking out as much speed out of this little boat.” 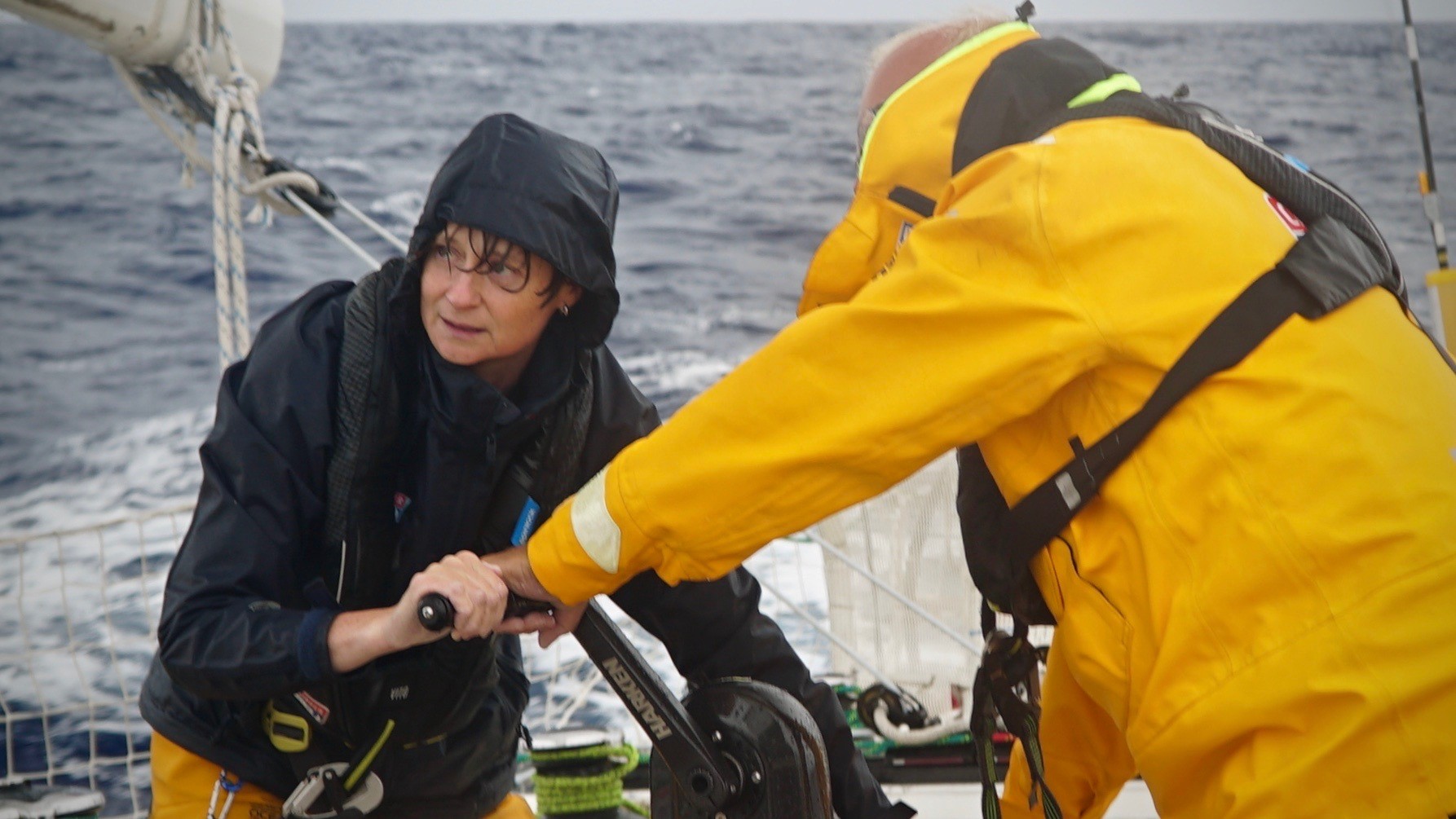 IMAGE: Working hard on board Imagine your Korea

The fight for fifth is also heating up. Currently, there is just 23nm between the fifth placed Zhuhai and Unicef in seventh, with Seattle in sixth. And with the wind building, resulting in boat speeds in the double digits, the crew are being put through their paces, as Zhuhai Skipper Nick Leggatt reported: “The wind had built to near gale force, with much stronger gusts, rough seas and short, steep waves. In the darkness of the night, Zhuhai came thundering down one of the waves as the wave crest broke, spinning her broadside to the wind in a classic broach. She lay almost on her beam ends with sails flapping for what seemed an eternity. The crew handled the situation very well, dumping the vang to depower the Mainsail and tending the sheets until Zhuhai righted herself and sped down the next wave at over 19 knots.

“But, by then I had decided that discretion is really the better part of valour and called for a sail change. It was never going to be easy in the prevailing conditions, but when the spinnaker tack failed to trip at the required moment during the sail change, things really did get a bit spicy on deck for a while. All credit to the crew for getting an interesting situation under control in the darkness of the night during a gale, and then simply commenting "Code 2 down, Yankee 1 up", as if nothing untoward had happened.” 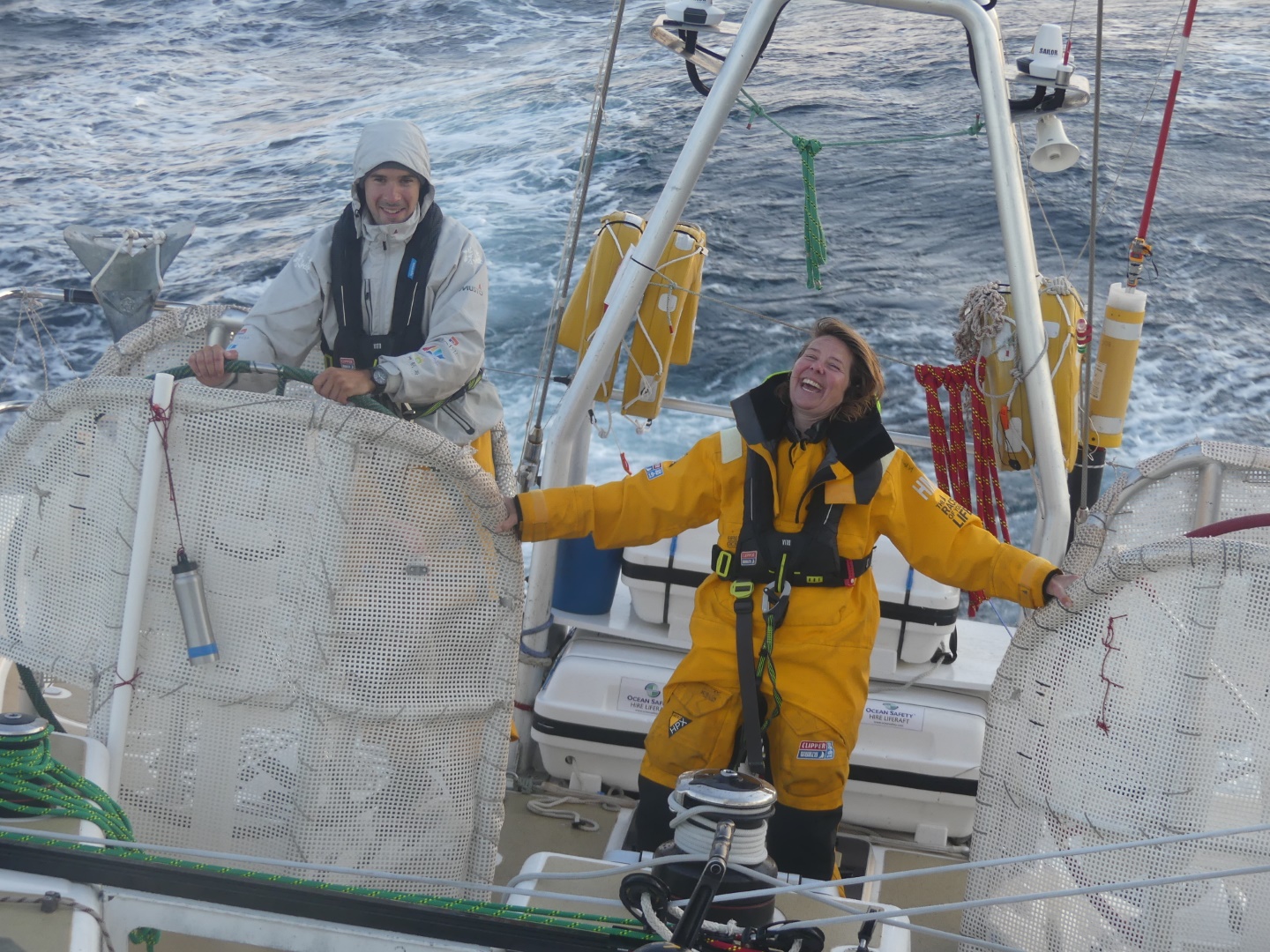 IMAGE: Crew enjoying surfing down the waves in the Atlantic Ocean on board Zhuhai

WTC Logistics, currently in ninth and hot on the heels of Punta del Este, reported similar conditions. Skipper Mark Bukes said: “We are barreling along, having changed our Code 2 Spinnaker for our Code 3 Spinnaker about two hours ago as the wind increased and the sea state built, suggesting the GRIBs forecasting 30 knots were accurate. Boat speed has rarely dipped below 13 knots, with 18 knots the fastest so far with true wind at 28 knots and the boat bucking and kicking along.

“Our foray south seems to have done us well, but everyone is now going quickly, so whilst the miles to finish fall quickly, we know everyone will be pushing hard.”

Who will win Race 2? Keep an eye on the Race Viewer and Clipper Race channels for all the updates and latest ETAs. All arrivals will also be shown on Clipper Race Facebook Live so tune in to see the crew finish their epic crossing of the Atlantic Ocean!