On the seventh day of Race 2: The Commodore’s Cup, Visit Sanya, China and Ha Long Bay, Viet Nam lead the charge to the Scoring Gate but until Qingdao reappears from Stealth Mode, the team to be awarded the first bonus points of Race 2 will remain undecided.

Seumas Kellock, Visit Sanya, China, Skipper reports: “Well, we're almost there, to the Scoring Gate that is, but the big question is will we be first. Qingdao has gone into sneaky squirrel mode (stealth) so we can not see them and Ha Long Bay, Viet Nam is not too far behind so it’s all to play for as we race on through the night.” 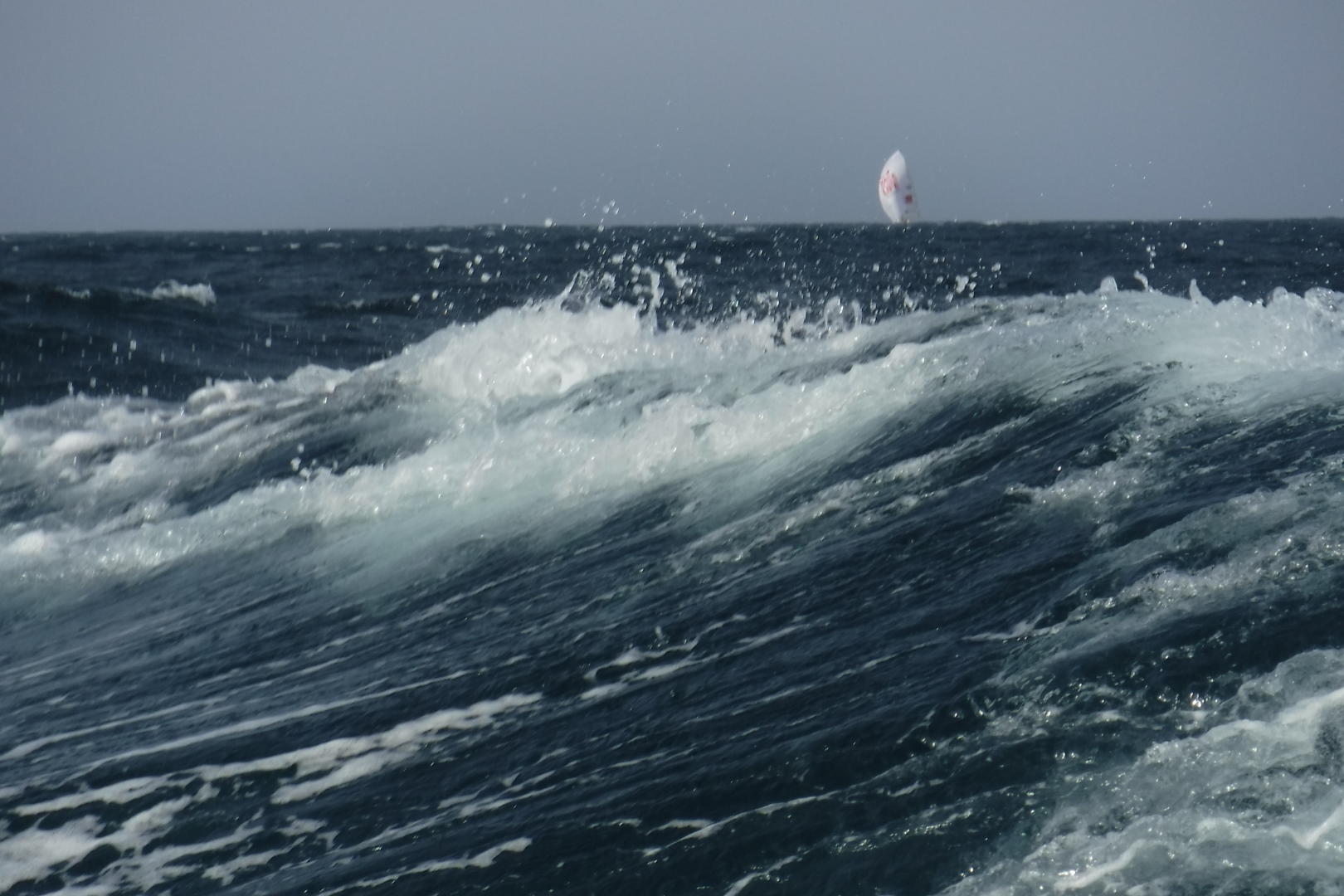 The fleet has now left the Western Sahara shores behind it as the Trade Winds propel the teams onwards towards Cape Verde but also the doldrums. Temperatures have been rising as the teams get closer to the equator, multiple sail changes and gybes have been reported across the fleet in order to maximise speed and direction whilst they still have favourable wind. GoToBermuda Skipper, David ‘Wavy’ Immelman said: “The crew are pushing hard and taking advantage of the winds and are thoroughly enjoying the great sailing conditions.”

After a week at sea the watches are settled and the rhythms of life aboard are becoming the norm. WTC Logistics Skipper, Mark Burkes, reported that: “Whilst we are still only 70 or so miles off the Mauritanian coast, it's starting to feel like we are properly on the ocean passage, which, coincidentally, we are! The watches are becoming more rhythmic and that strange feeling of being rested but then quickly tired at the end of your watch has set in.”

Whilst the racing remains close, it is hard for crew not to appreciate the oceans and wildlife that inhabit them. Unicef Skipper Ian Wiggin explained: “The last 24hrs have felt like Planet Earth in Ultra-Mega high definition. Nature has been abundant and we have had some really cool encounters. It is as if the birds, fish, plankton and dolphins have been trying to out compete each other. The harder we shout and cheer, the more they perform.

“The wildlife has really been working the cameras. I have lost track of how many times I have heard the word amazing in the last 24hrs. One comment from earlier ‘You know, seeing all of this (nature) - it's amazing- it really makes you want to do something to help.’”

Along with the dolphins and sea birds, overwhelmingly on Day 7, flying fish were on the agenda (and menu for some) with majority of teams reporting fish related incidents, much to the hilarity of the crew on board.

For all the news from life on board check out the Skipper Blogs and with the first bonus points of Race 2 up for grabs, keep your eye on the Race Viewer to see which three teams cross the Scoring Gate first.