On Day 15 of Race 3: The Spinlock South Atlantic Showdown, the results of the fleet’s efforts to cover the 335 nautical mile Dell Latitude Rugged Ocean Sprint in the fastest time, have been confirmed.

The time trial between two lines of longitude or two lines of latitude, is an opportunity for the fastest three teams to gain extra race points, and it was the third ocean sprint of the Clipper 2019-20 Race, which transpired to be a very fast race for the teams.

The full results are as follows:

A victorious David Hartshorn, Skipper of Seattle said: “I am so delighted for the team. Their hard work and focus over the 28 hours 50 minutes of the Dell Latitude Rugged Ocean Sprint has landed a first position and a much needed three points. This will be a real confidence boost for the team, both on board and ashore. The best part for me was the team work across the boat. Clearly the helms played a big part, but the cockpit and foredeck crews showed how slick in their preparation and execution of evolutions, they can be, to keep the boat moving as fast as possible for as long as possible.”

The competition is clearly heating up with three teams currently in Stealth Mode. Punta del Este, which was in second place on the leaderboard before it activated the tactical mode, will be visible again at 1200UTC today. Ha Long Bay, Viet Nam is currently hidden in the South Atlantic, returning to sight at 0000UTC on 8 November, and we will see how WTC Logistics has progressed whilst in Stealth Mode at 0600UTC on 8 November.

Current front-runners, Qingdao has also declared it’s wish to enter Stealth Mode will be visible for the final time on the Race Viewer at 1200UTC today, reappearing on 8 November at 1200 UTC. 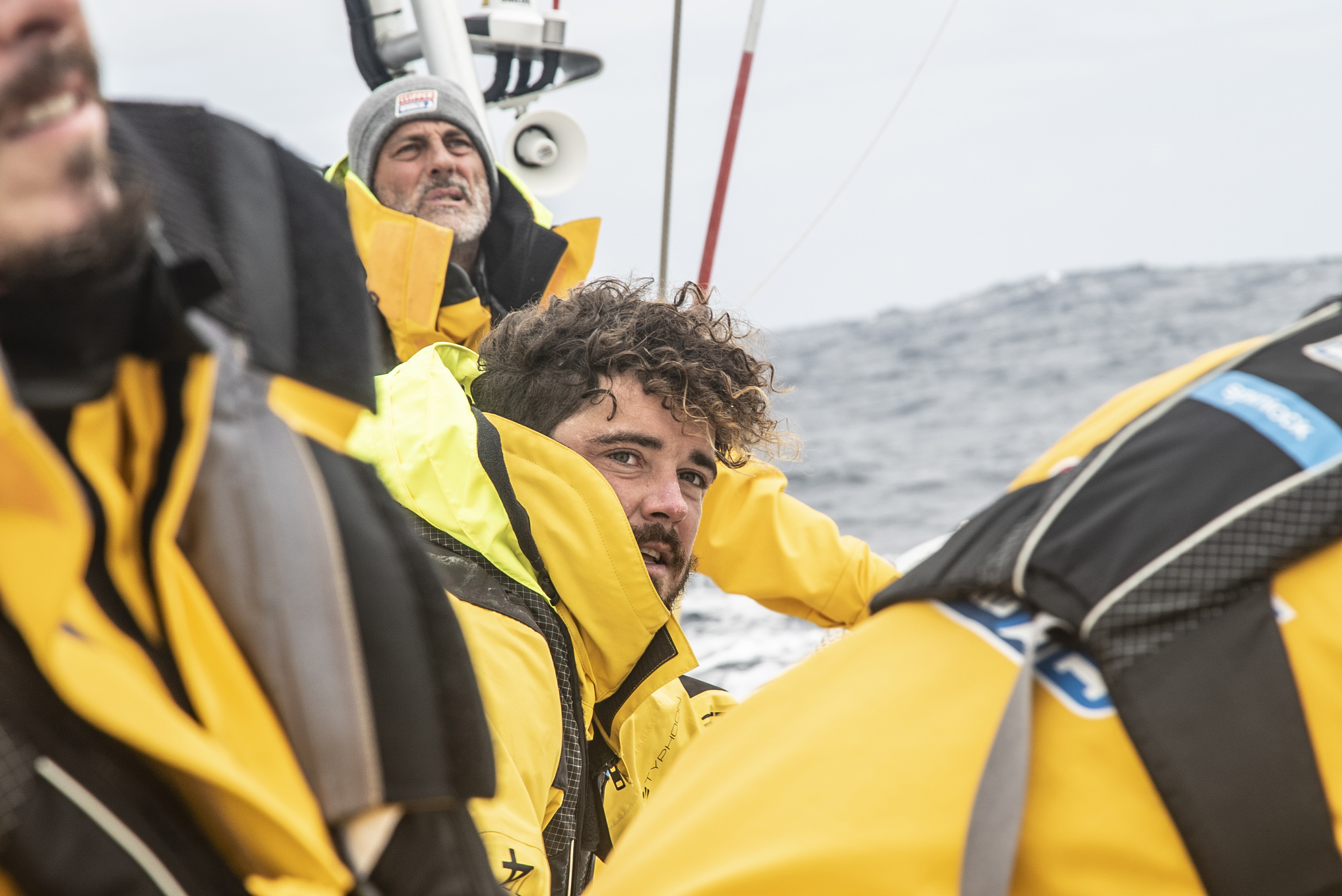 The fleet is just a day or two away from the finish line and it is a close-call as to which teams will take podium positions, even more so with the teams sneaking in and out of visibility, adding to the excitement.

On the approach to his hometown, Zhuhai’s Capetonian Skipper, Nick Leggatt shared: “On deck, it is a bit frustrating as we have gone from too much wind to shifty, gusty conditions with large areas of light winds as a high pressure ridges in behind the storm. He continued: “it looks as if we can anticipate the usual strong south easterly winds of a Cape Summer as we approach the land, so we need to position ourselves to get the best possible wind angle then.”

Who will come out on top in the third race? Keep your eye on the Race Viewer to find out. Current estimated arrival times here.

Race 3 Day 14: Hide and Seek in the South Atlantic

The fourteenth day of racing to Cape Town on Race 3: The Spinlock South Atlantic Showdown is providing great sailing…