It has been a pleasant day for the leading teams on Day 16 of Race 3: The Dell Latitude Rugged Race but teams are eagerly waiting for the stronger westerlies, which will carry them through the Elliot Brown Ocean Sprint and then on to Race Finish in Fremantle, Australia.

Sanya Serenity Coast continues to have a healthy lead with under 1720 nautical miles left to go and remains in first place. Skipper Wendy Tuck reports that the temperature is warming upbut that the team could do with more wind: “Today we have the light winds that the fleet had yesterday. As always, it’s hard knowing they are trucking along in the wind that we will get later and we are just pootling along, still moving nicely but not smoking along.”

The team glimpsed one of the world’s remotest islands, île Saint-Paul, an uninhabited French territory that is an important breeding site for seabirds and Dare To Lead, in third place behind PSP Logistics is also sailing past it having taken a more northerly route. Dare To Lead Skipper, Dale Smyth, reports: “Well, a nice 24 hrs of gentle downwind kite work, so all feeling well rested onboard if not at the fastest pace. We are currently slowly sailing past île Saint-Paul and its quite nice to see some terra firma after a couple of weeks at sea.”

He added: “Our wind should increase over the next 24 hrs to speed us on our way, and thank goodness it is again some more westerly so hopefully spinnakers up still.” 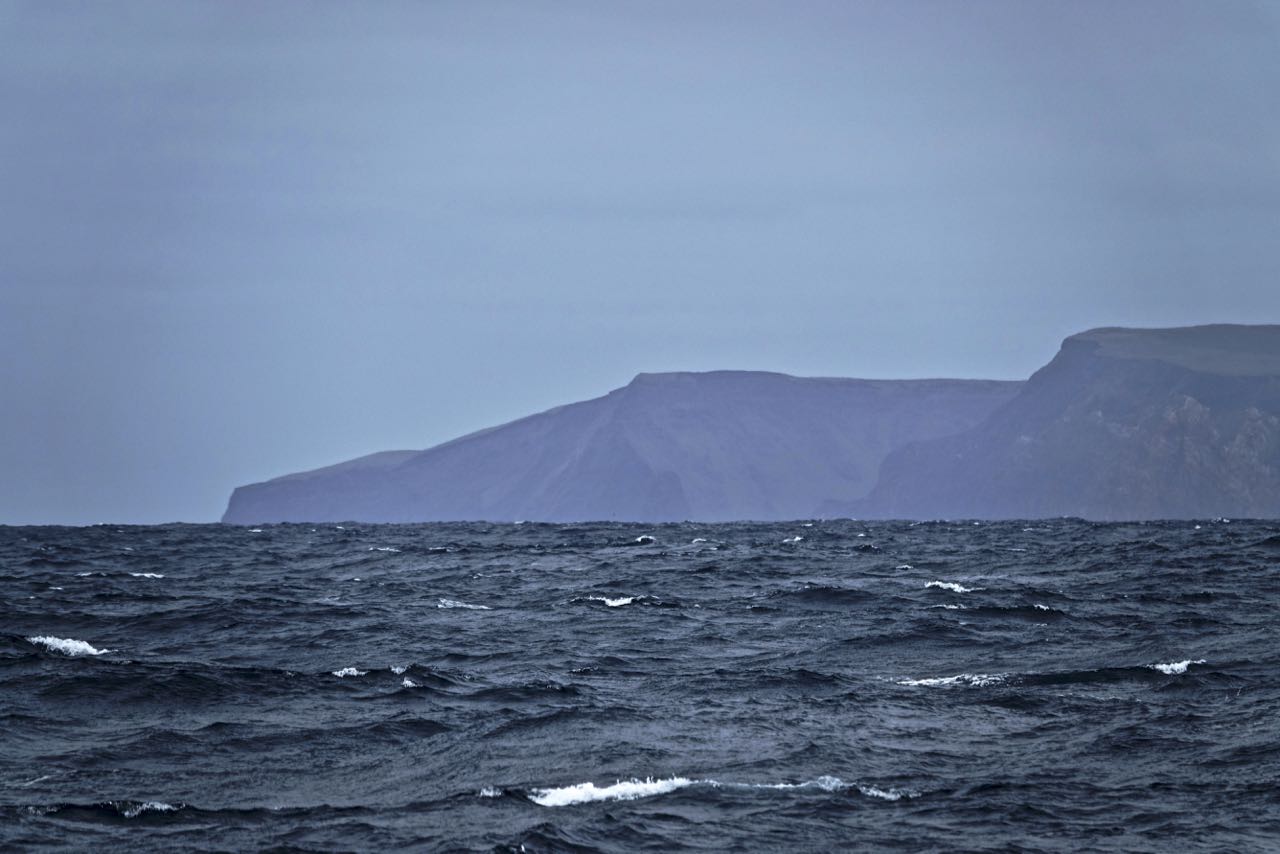 IMAGE: Photo of île Saint-Paul taken from on board Sanya Serenity Coast

Further south, fourth-placed Visit Seattle has made its way through a wind hole and Skipper, Nikki Henderson, explains: “The wind hole we were expecting wasn't so bad. For me, however, the wind hole was the perfect time to get some sleep before the excitement of the next four or five days begins. It feels so good to be moving closer and closer; we are less than 2000 nautical miles to go on our countdown - hooray!”

Fifth-placed Liverpool 2018 has been busy making some repairs after the shackle holding its forestay to the chain plate at the bow broke and Skipper, Lance Shepherd, reports: “Now we have effected a suitable repair, we are cleared to continue racing under a restricted sail plan but that suits us as it is not so limited that we won't get to enjoy the delights of Fremantle.”*

Qingdao remains in sixth position whilst GREAT Britain has moved into seventh position ahead of Garmin. The eighth-placed Garmin Skipper, Gaëtan Thomas, explains: “The last 24 hours were quiet, light winds as predicted, trying not to get inside the wind hole. Now the wind starts to pick up and we should soon be flying.”

The team is also hoping to see a remote Southern Ocean island with Gaëtan reporting: “We are about 70nm from île Amsterdam -hopefully we should see it by sunset, a small island with just a Met Station and birds!”

IMAGE: Positions of fleet (correct at time of publishing)

Unicef continues to be in ninth place with Nasdaq in tenth but Skipper, Rob Graham, comments on the fast downwind conditions the team is currently experiencing: “Decent winds from North West to South West mean we have got plenty of kite-flying done, with some good gybing on the wind shifts. We've also got plenty of miles ticked off, and will crack 2,000nm to go later today.”

HotelPlanner.com, in eleventh place, is also under spinnaker and Skipper, Conall Morrison reports: “Right now, Starboard Watch are achieving some fast surfs and we are making lots of ground in the right direction. Happy sailing, with some spray.”

Clipper Race Meteorologist, Simon Rowell, explains that an incoming front may shake things up a bit with the system it’s attached to moving east way to the south, and will approach from the south or south west. Teams should experience the effects of this over the next 24-36 hours with those in the south and west seeing stronger gusts earlier than others.

* Race Director, Mark Light, has issued a directive to be implemented with immediate effect for all teams giving maximum apparent wind strengths for headsail use, while further investigations continue on the bottom forestay shackles around the fleet. This is a safety precaution and further updates will be provided in due course.

It has been an eventful start to Race 3: the Dell Latitude Rugged Race and there has been plenty of…

Day 15 of Race 3: The Dell Latitude Rugged Race has seen mixed conditions for the Clipper Race fleet with fast downwind conditions being replaced by shifting winds and lighter airs for many teams.Sanya Serenity Coast remains in the lead with less than 2,000 nautical…

A waiting game has descended over the Clipper Race fleet, with all the teams waiting on the wind to decide…