The early stages of Race 3: The Spinlock South Atlantic Showdown have been dominated by the decision of which route to take to Cape Town; the most direct, via the rhumb line with the risk of being affected by the St Helena High or the southerly route, longer distance but potentially more consistent conditions.

It is no different on the fourth day of racing as two distinct packs have formed. Closest to the rhumb line a group of seven teams, separated by less than 20 nautical miles (nm), is being led by Seattle, Unicef and Punta del Este (at time of writing). Further south WTC Logistics, Ha Long Bay, Viet Nam, Dare To Lead and Qingdao have all committed to the southerly routing with a mere 5nm between them. 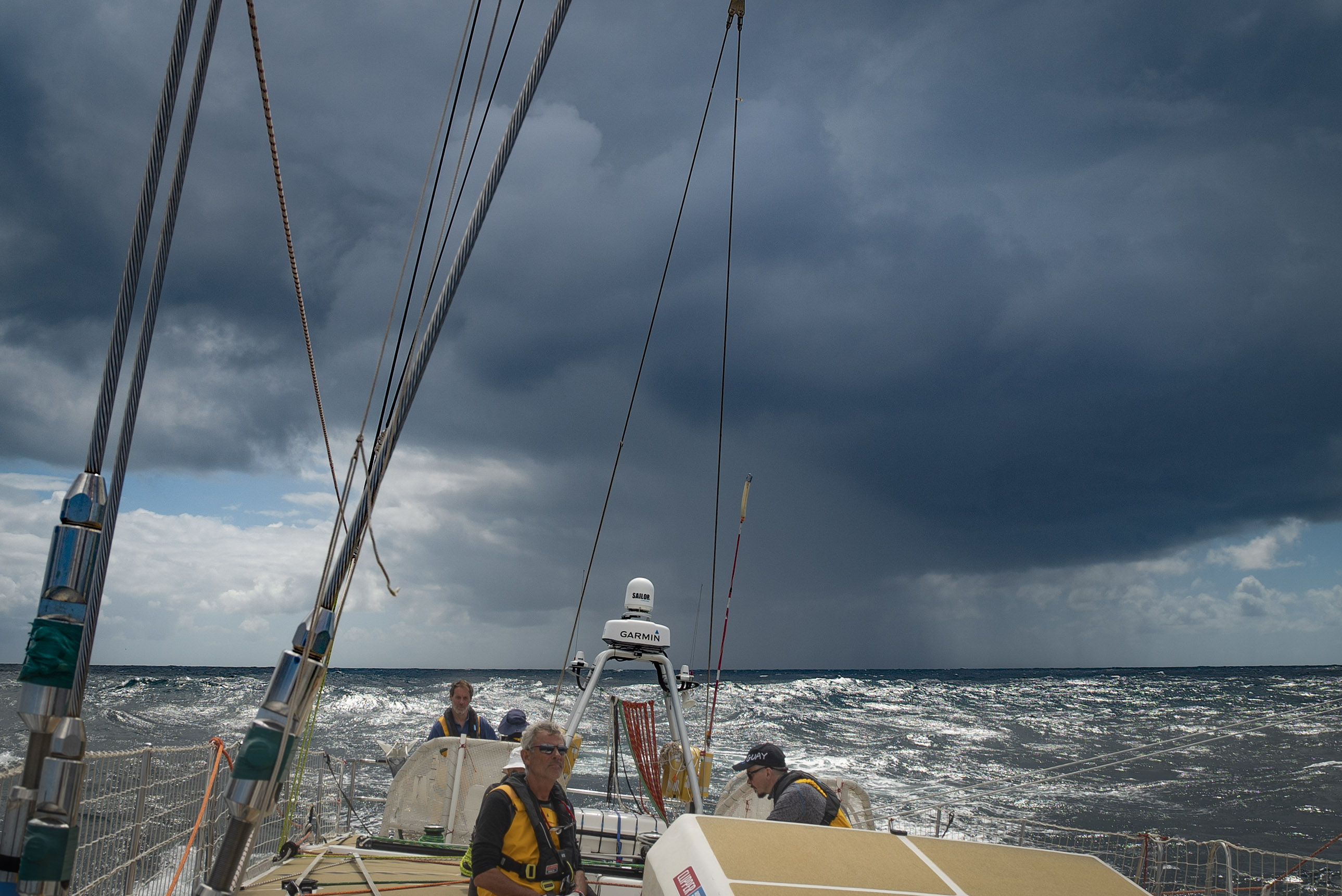 GoToBermuda Skipper David ‘Wavy’ Immelman reports: “From the sailing point of view, we are still hugging the rhumb line (shortest possible route) seeing our group pass either ahead or behind us from time to time.

“We have held our Code 2 spinnaker since about 0200 yesterday morning (apart from the one drop for a squall) and have been holding a very nice gybe angle. Looking at the forecast we are expecting our nice 15-20 knots of breeze to drop tomorrow, so we might as well enjoy it, or as they say, make hay while the sun shines. Following that we are expecting our first low pressure. Bring it on... Loads of wind rain and speed.”

The consistent wind and close racing means that results are seen in real time. As the teams in the northerly pack converge once again, Mike Surridge, Imagine your Korea Skipper, said: “All through the afternoon we found more and more of the fleet, starting with Punta del Este and growing until we now have four others on AIS and in and out of visual range. After the isolation of Race 2, when we sailed alone down the Atlantic, this proximity is a welcome change. Mistakes show in real time - but so too does good work and good driving.” 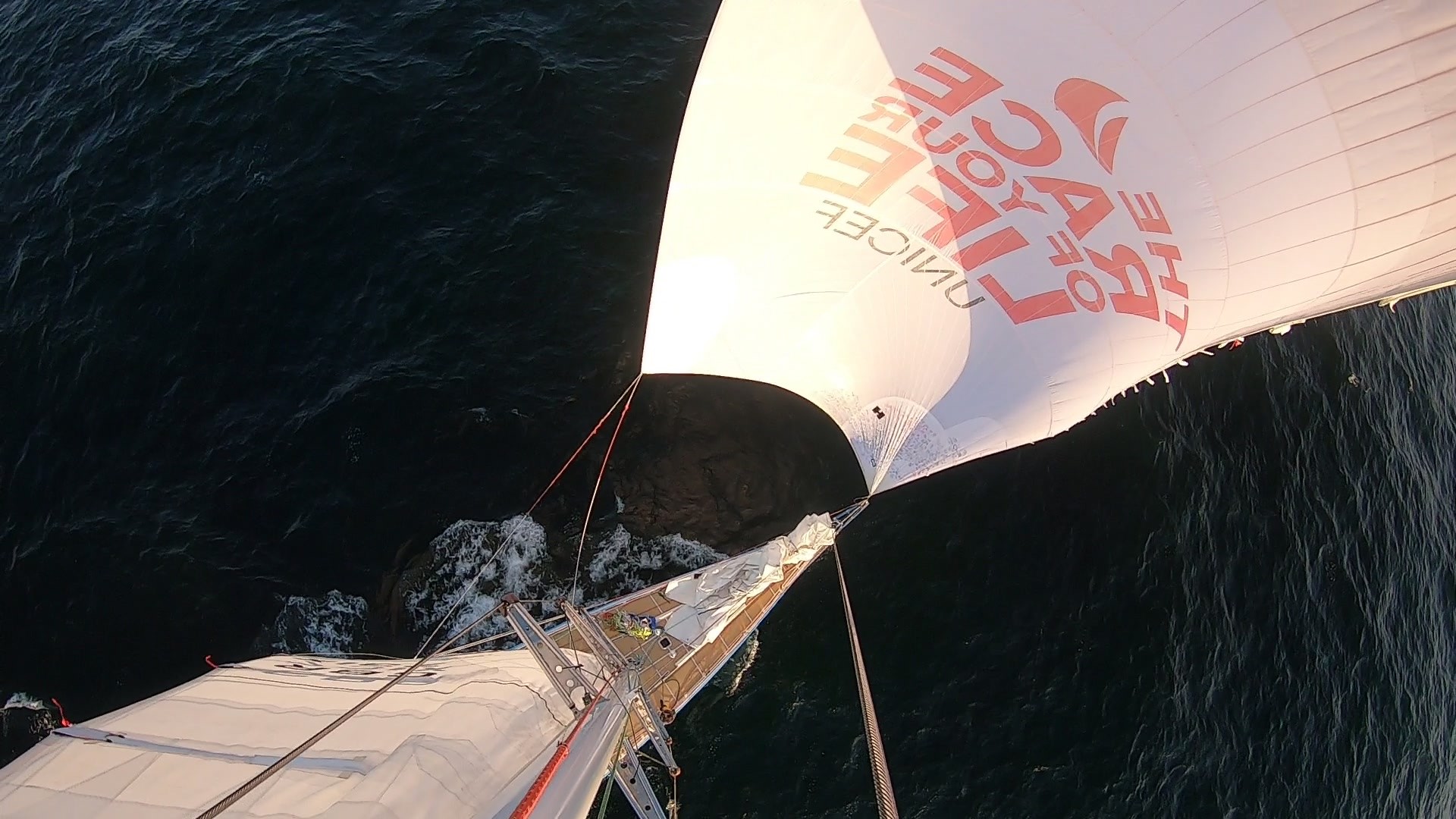 IMAGE: View during rig check on board Unicef

The fleet has so far been propelled on the ridge of a dissipating low pressure system with the next South Atlantic low due to arrive in the coming 24-36hrs. Qingdao Skipper Chris Brooks reflects on the race so far: “At race start there was a big high pressure system in the middle of the course that would cause a shutdown and some tactical gains to those who played it well. There were also some areas of lighter pressure in the north forecast. Unfortunately, these have not come into fruition.

“This leaves us having travelled much further than the bulk of the fleet and skirting areas of lighter breeze to the south has been a further hindrance to our progress. The culmination of events leaves us far south looking for a way back to the rhumb line but all this time the breeze just won't clock round (change direction clockwise) to allow us to gybe back. The next two days will be quite a telling story for the race and how it will play out. With increased winds from the north expected it once again will pay at the northern end or left hand side, as we look at it, of the fleet.”

The Race Viewer is the only place to be to see what will happen over the next 24 hours. Check out all the Skipper blogs for insight into life on board in the South Atlantic Ocean.