“Man, this isn’t a wave, it’s a ski slope.” This observation, from a crew member on board Seattle, sums up the last 24 hours hours for the majority of the Clipper Race fleet. 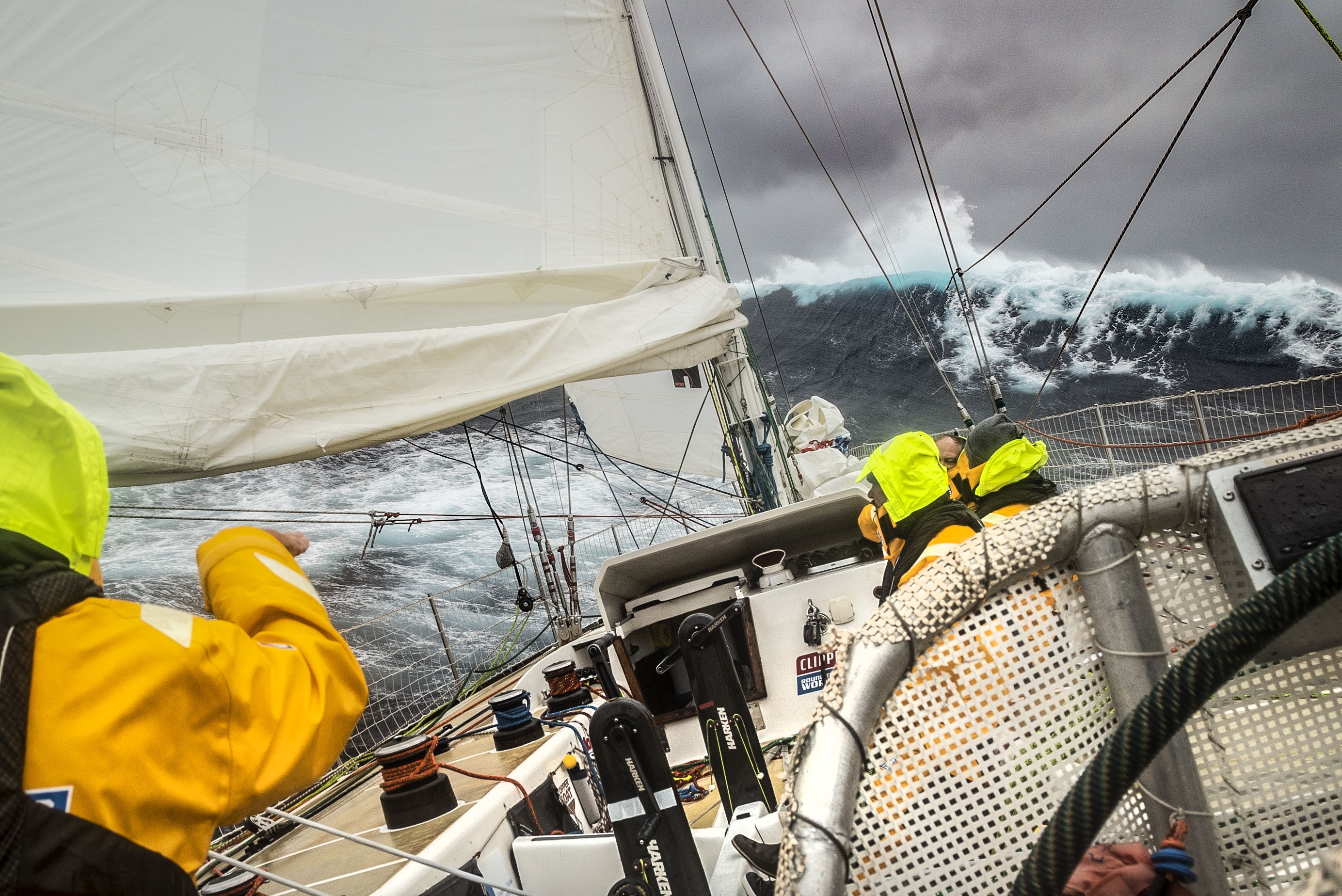 Image: Waves like ski slopes seen from on board Zhuhai today.

The predicted low front hit the most southerly pack the most, with some of the teams experiencing up to 70 plus gusts of wind. Helming has been a white knuckle ride and boat speed records have been notching up, with squeals of exhilaration heard from the crew.

Nick Leggatt, Skipper of Zhuhai, says of the extreme conditions as the team reaches the halfway point to Cape Town: “Waves were up to seven metres high according to the forecast from the South African Met Office, and that I can certainly believe as we charged headlong down them, reaching a top speed of 27.3 knots.” 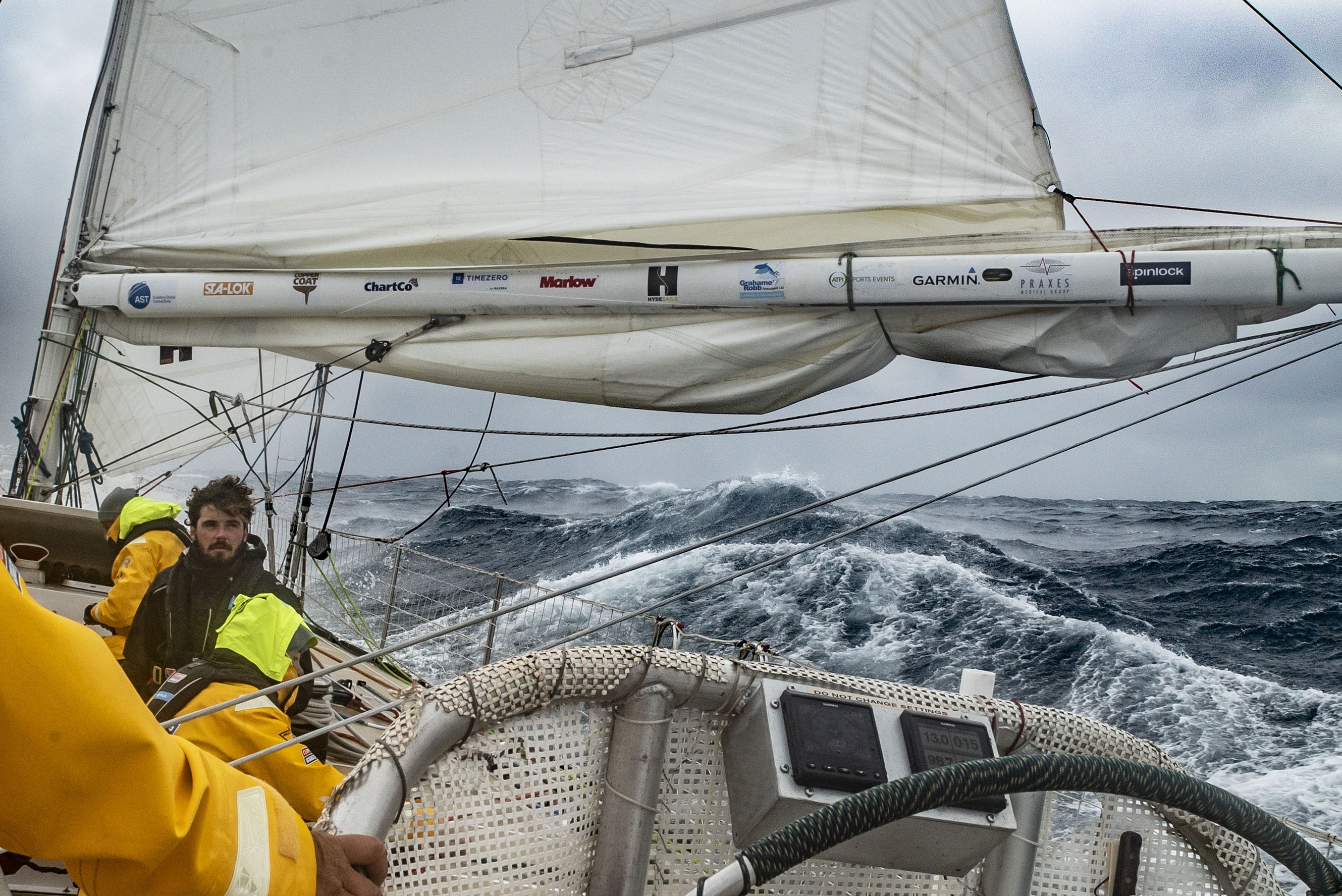 This race, from Punta del Este, Uruguay to Cape Town, South Africa, may be one of the shorter stages but it is known to be fast, furious and offers a true experience of ocean racing as it dips into the notoriously challenging Southern Ocean. Skipper of Visit Sanya, China, Seumas Kellock comments: “‘Now this is sailing’ is how it was described today and I couldn’t agree more, with wind whipping the tops off the waves, the sun peeking through the clouds and the squeals from the helm as the boats shoots off the top of another wave and they go for another speed record.

“This low pressure system has now passed over and the wind speed has dropped but it’s only 24 hours before the next low pressure comes hurtling in from the west and propels us east towards Cape Town. With any luck I hope we can ride this next system almost all the way to the end of this leg and make some great speed to South Africa.”

To find out more about how the teams have been faring, click on the Team pages at Clipperroundtheworld.com to read all the Skipper reports.