Another day brings another new arrival into Fremantle, Australia. This morning it was Zhuhai’s turn to feel the exhilarating rush of crossing the finish line. Completing Race 4 in sixth place and they did so in scorching style at 0600 UTC this morning.

Congratulations to Skipper, Nick Leggatt, James Finney, First Mate (AQP) and all the crew who sailed with them during Race 4: the Marlow Southern Ocean Sleigh Ride. Zhuhai’s Skipper blog this morning was understandably brief, with Nick saying only: “Approaching the finish line! Can't chat now… sorry! Back again for the next leg!”

The game of cunning tactics continues between Dare To Lead and Seattle with both teams instructing the Clipper Race Office that they would like to be placed in Stealth Mode! Given the relationship between both Skippers, this move illustrates how hot the competition is between the teams. 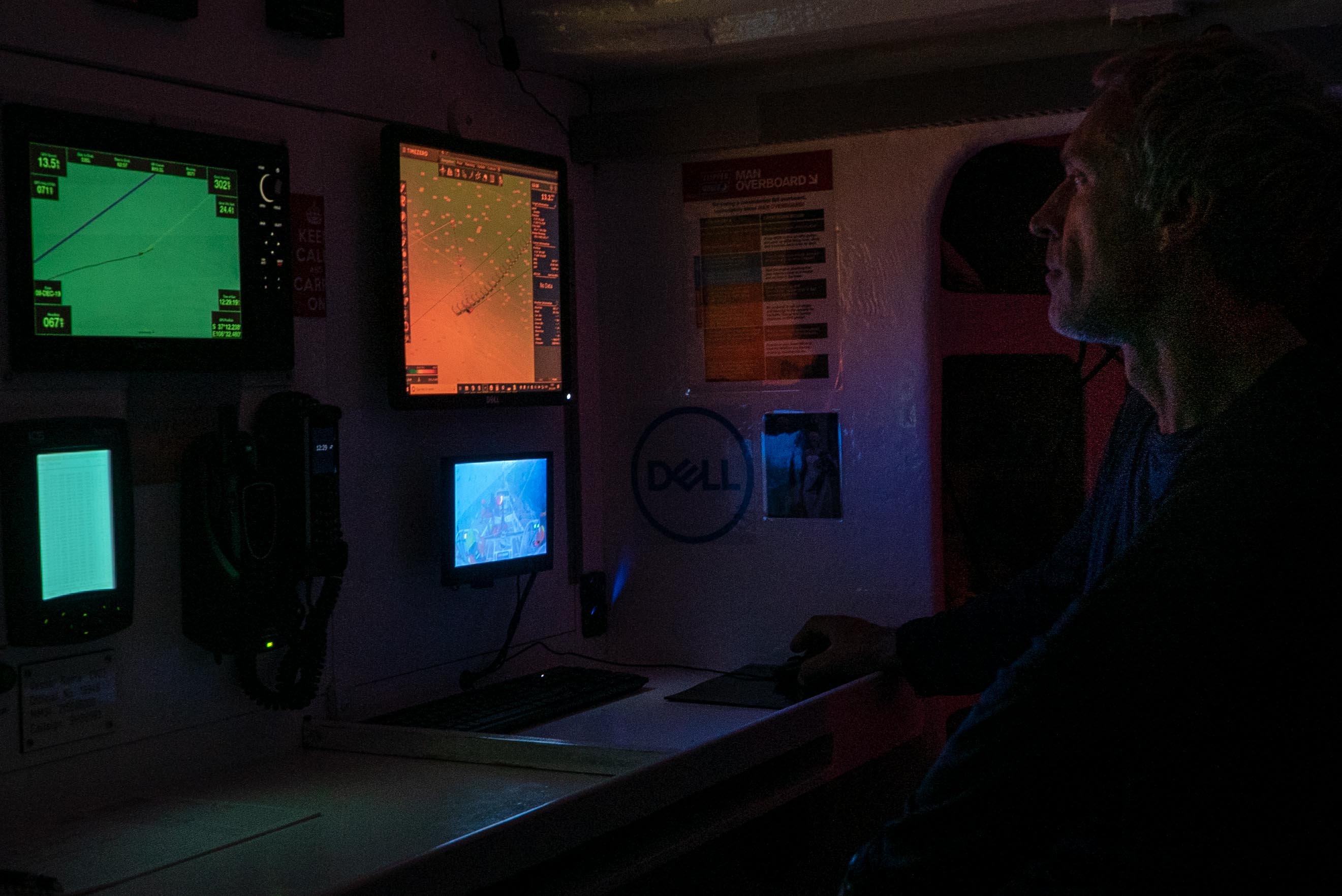 Dare To Lead Skipper, Guy Waites, planning the next move

Seattle Skipper, David Hartshorn refused to provide too much of an update in his blog today, wary of giving away any advantage to their rivals: “I could talk about what sails are up, what evolutions we have undertaken, but then the analyst team on Dare To Lead would be all over it, pouring over weather charts, looking to crack the code of where we are and how fast we are doing.” All quiet on Seattle’s side of things, for now.

Hugues Stellio, First Mate (AQP) on board Dare To Lead, wasn’t as secretive. He indicated how the close competition is driving the two teams and in order to make the most of the better weather how they utilised their Hyde sail locker accordingly: “Yesterday, we sailed with the biggest sail plan we've used since the beginning of the Clipper Round the World Yacht Race in London, almost 500m2.”

Dare To Lead has just over 240nm until the team reach their destination and will be eagerly awaiting the updates to see where Seattle resurface when revealed from Stealth Mode at 2359 UTC late this evening. 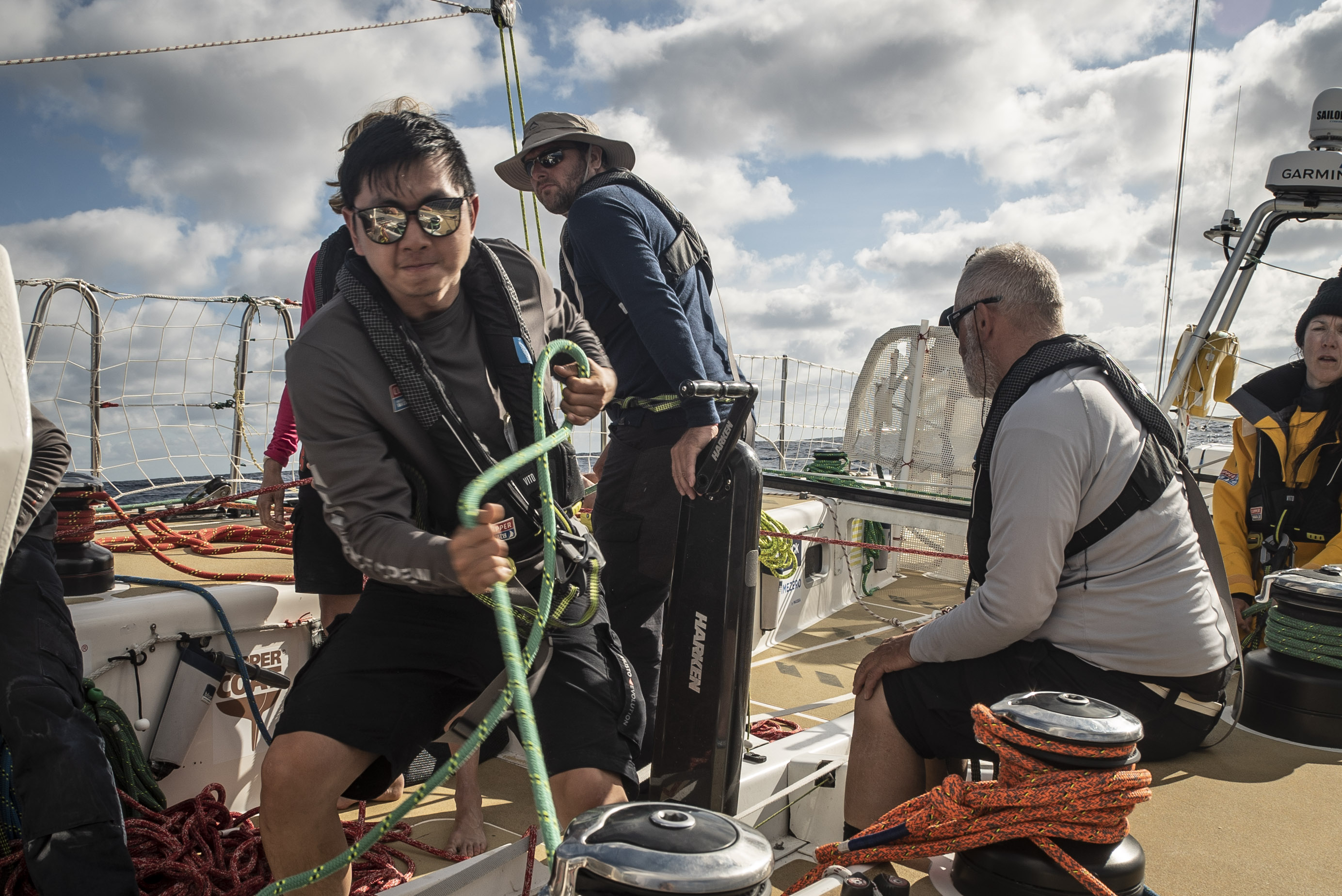 Unicef is aware of the danger posed by both Punta del Este and Visit Sanya, China and are cautiously watching the horizon for any sign of their two closest competitors. Skipper Ian Wiggan observed: “Things that we are looking forward to this week are; tackling the Dell Latitude Rugged Ocean Sprint, deploying our scientific weather-monitoring 'drifter buoy', and trying to stay ahead of Visit Sanya, China and Punta del Este.”

Each day brings the teams closer to their destination, Punta del Este and Visit Sanya, China are making amazing progress, using the weather to their advantage and keeping eyes firmly locked on their destination. Visit Sanya, China’s Skipper, Seumus Kellock, stated: “The wind is dropping, but this sea state will be with us for a few days, I would imagine, which will make the next few days (as the wind decreases) very sloppy and difficult to helm in. Still, on the bright side, there is almost only 2000 nautical miles to go, Fremantle here we come!”

Progress is followed closely by each other and supporters alike. Check out the Race Viewer to ensure you don’t miss out on the addictive hourly updates!