GoToBermuda, Ha Long Bay, Viet Nam and Zhuhai continue the tussle for the lead in Race 5: The Whitsundays, Heart of the Great Barrier Reef. The light winds off the Australian east coast continue to hamper progress and pose difficult tactical questions for the leading pack. Despite ringing in the New Year, there is no clear new leader on the eleventh day of racing.

Nick Leggatt Skipper of Zhuhai, currently in third place, reported: “An exciting start to the New Year. The position reports of the last 24 hours briefly had us in first place, before dropping us back into third, but we have certainly had a varied and interesting time of it.

“The team wait with bated breath for each position report, as we have gambled on a much more westerly route than GoToBermuda and Ha Long Bay, Viet Nam, while the rest of the teams, astern of us, seem to be hedging their bets as a high pressure system ridges across the Tasman Sea. It will be several hours, at least, before we have a really clear idea about which strategy has worked best.” 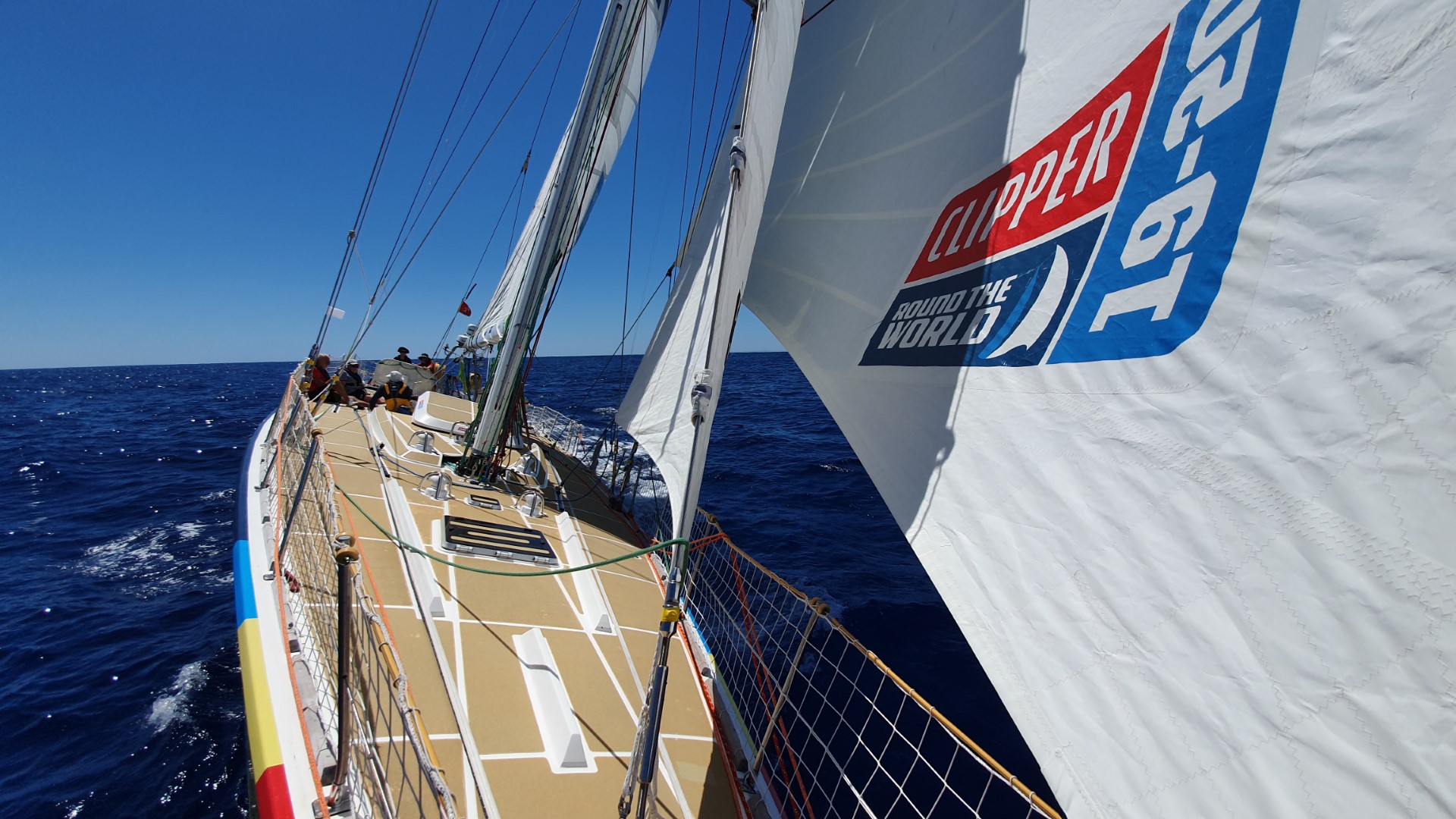 Lighter winds can open up opportunities and the teams just outside the current top three are hoping to be able to maximise any that arise. Rob Graham, Skipper of fourth placed Imagine your Korea, explains: “In strong winds, anyone can make a boat move, but living becomes harder. Conversely in light winds the living is easy but to keep on moving requires much more effort: sail changes, constant trimming, course alterations as the breeze backs, veers, fills or eases.”

He added: “We were pleased to make up some ground on the boats ahead when they ran into light winds. We were less pleased to have the boats behind make up on us though - this end of the fleet is compressing at the moment, and with more windholes forecast across our path it could be a snakes and ladders situation on the leaderboard.” 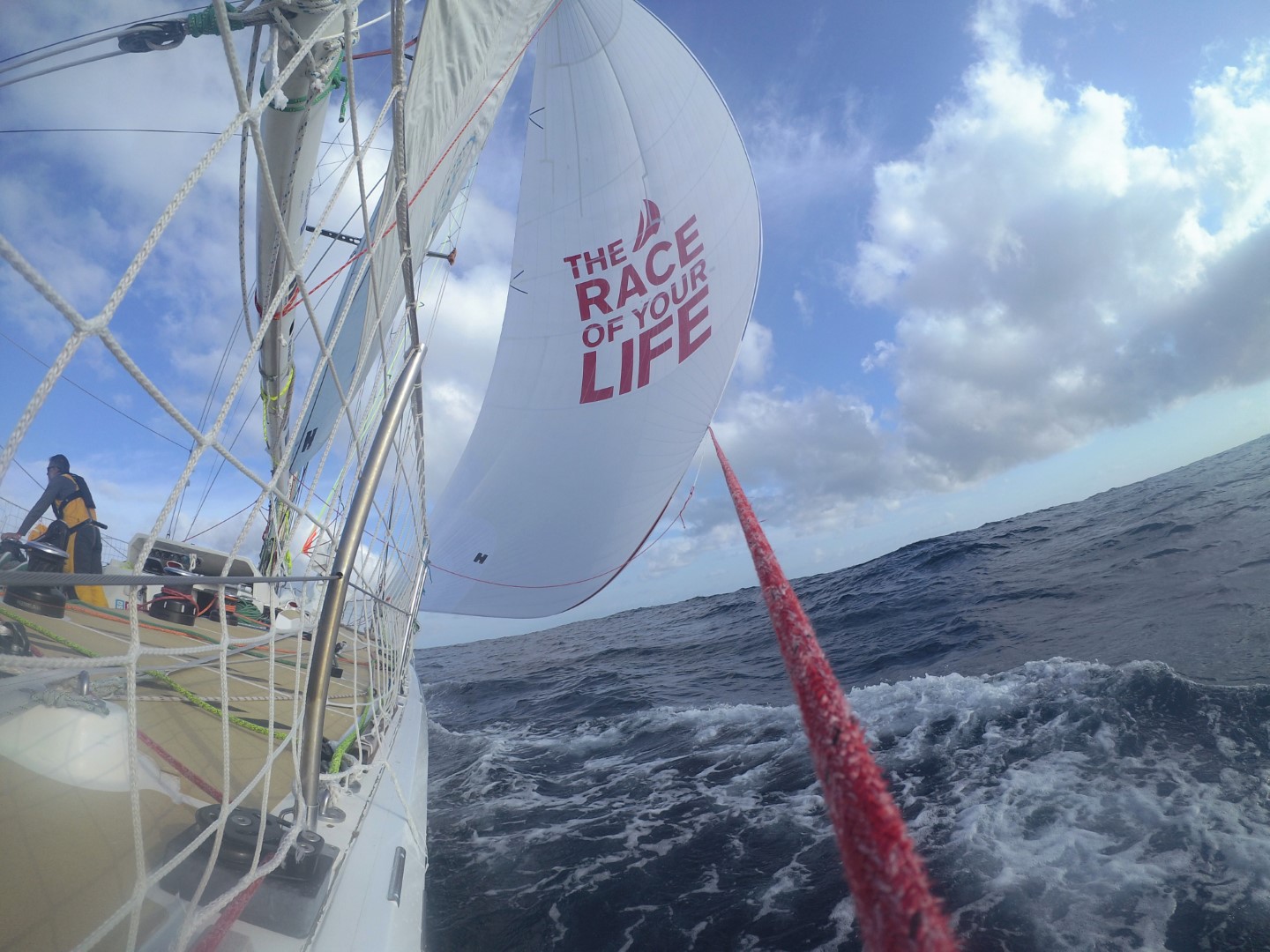 Seven of the teams have commenced the Dell Latitude Rugged Ocean Sprint, a time trial between two lines of latitude, the fastest three teams will gain bonus race points. Only once all teams have completed the sprint, will the results be announced and it with the variable winds it is difficult to predict a winner.

Qingdao, currently fifth, is hoping to exploit the light winds from the high pressure system. Skipper Chris Brooks reports: “Following a blocking high, we have managed to claw back half of the mileage lost to the leaders from the first part of the race. There is another blocking high in the sprint we are now in and the race leaders are probably already slowing down. If we can reduce the difference in latitude then we may be able to progress out of it in similar time. If not they will slowly work through it and we will face the same just a little later to show a sort of cat and mouse effect.” 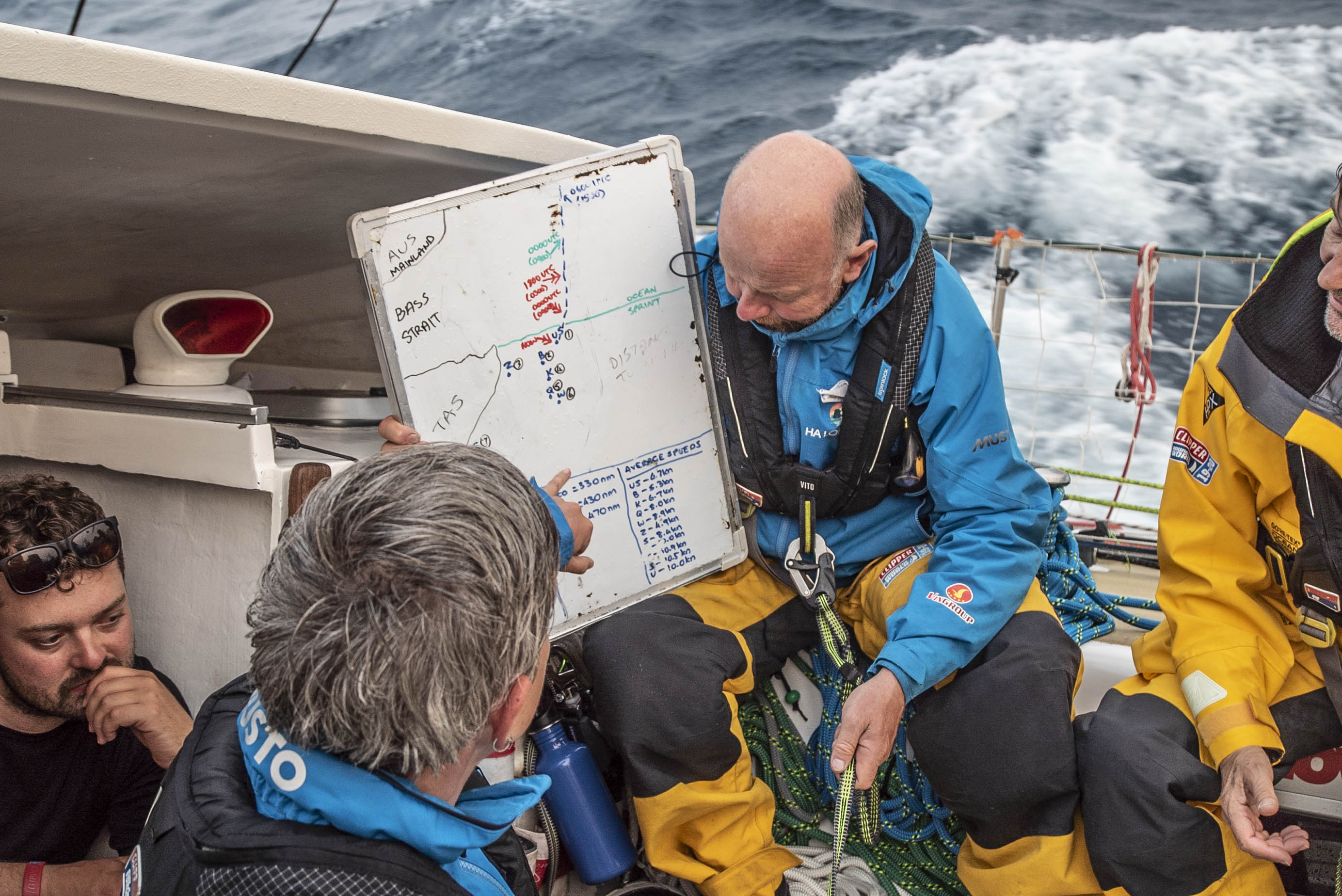 Elsewhere in the fleet, it is a landmark day for the 2019-20 circumnavigation as Unicef reaches the south of Tasmania and spends the final hours in the Southern Ocean, the most southerly point of the remaining race route. Unicef Skipper Ian Wiggins said: “So, the bottom of Tasmania, that never never land where we can turn north away from the cold and rain of the Roaring Forties and start the sunlit road towards the turquoise sea of the Whitsunday Islands, comes inexorably closer.”

Keep track of the fleet to see which of the team can best negotiate the lighter winds.