“Well we are a lot happier on board, there is finally wind!” exclaimed Josh Stickland, Skipper of Ha Long Bay, Viet Nam on the twelfth day of the 3,400nm Race 5 from Fremantle to the Whitsundays. However, that is not the only thing the team has to be happy about, having navigated the wind hole best, Josh and his team have carved out a 55nm lead over now second placed Imagine your Korea.

As predicted, the high pressure system, light winds and East Australian Current have shaken up the leaderboard. In the last 24hrs, Qingdao and WTC Logistics to the east of the leading pack, have both made gains, whereas GoToBermuda and Zhuhai, opting to head further inshore with the hope of sailing around the edge of the windhole, have slipped down to fourth and fifth respectively. 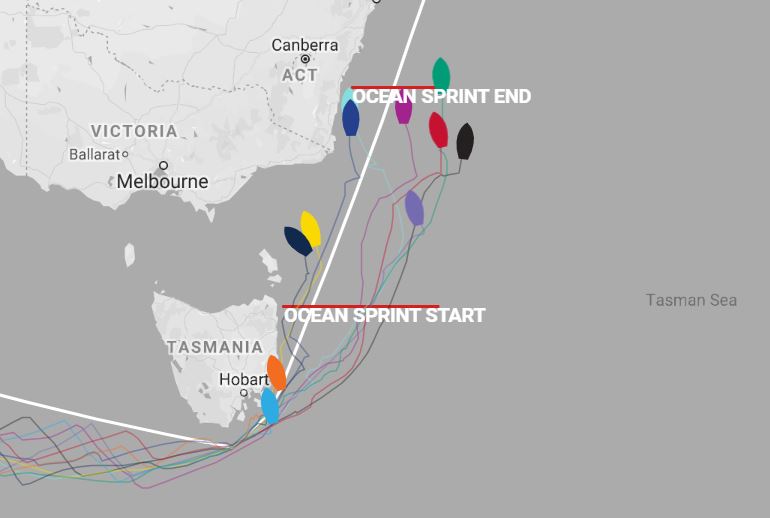 Qingdao skipper, Chris Brooks reflected: “The high pressure system has brought everyone back together and slowed progress for many on the sprint. It will realign the fleet in such away that it’s almost a completely new race start. The fleet is spread finely across an east west divide. North and south, there is now only tens of miles between us and the fleet.”

He added: “At this stage even suggesting something as broadly as which side of the course would be favoured in terms of pressure is an assumption too far. It’s obviously a very complicated system right now to predict.” 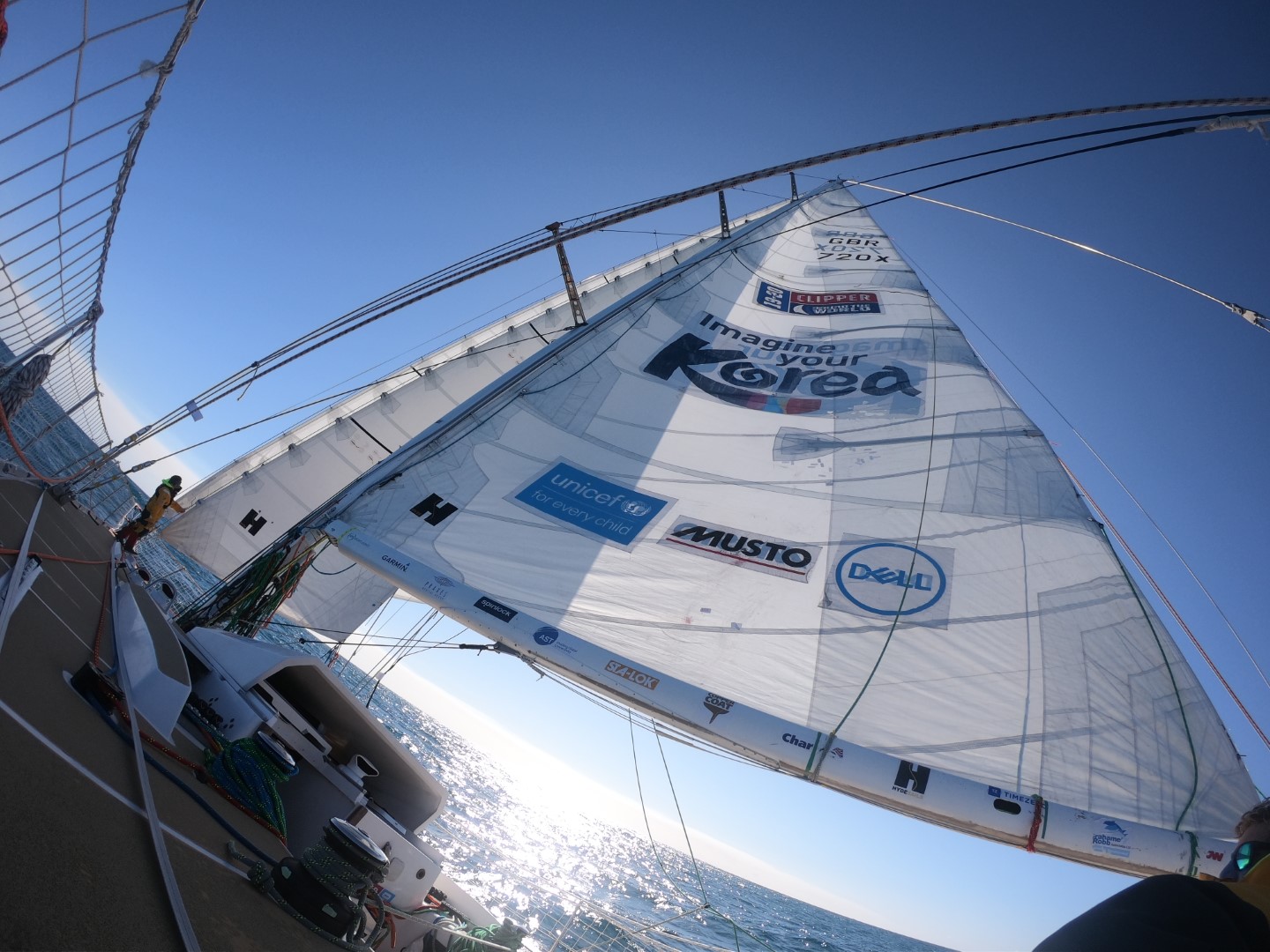 IMAGE: Checking the sail trim on Imagine your Korea

Across the fleet, teams have been working hard to try an eek out every knot of boat speed. Guy Waites, Skipper of Dare To Lead, said: “The 300 nautical mile game of snakes and ladders has begun with a little bit of everything but not a lot of wind. In the past 24 hours, we have sailed every upwind and downwind angle either port or starboard, Windseeker, Code 1, Yankee 1 and Staysail from zero to fifteen knots. The team have responded well to the challenges of light wind sailing with a "heavy" emphasis on weight distribution, mostly low side!”

The leaders also need to keep an eye on Punta del Este, Visit Sanya, China and Unicef. As the race is being run on elapsed time, they will need to factor in the 48hrs difference in start times. Punta del Este has already overtaken Dare To Lead and in the middle in the Dell Latitude Rugged Ocean Sprint, is extremely determined, with Skipper of Punta del Este, Jeronimo Santos Gonzalez, reporting: “We are a crew motivated and hungry to do well.

IMAGE: Punta del Este captured on the stern of Dare To Lead

“Everybody is working hard and ready to give the extra mile for the greater good. The fleet leaders are getting closer and closer, we are in a hunting mood! Really challenging conditions, including against sea currents, variable wind, marine traffic and reefs which will with no doubt bring great tactical choices across the fleet.”

Which team will win the game of snakes and ladders? With 1000nm to the Whitsundays much can change in the thrill of offshore racing, keep track via the Race Viewer.