The experience onboard during Race 5: The Whitsundays, Heart of the Great Barrier Reef will be one the crews will remember. On Day 14 of the race, the teams have reported the anticipated conditions of the area, namely the Southerly Busters and unpredictable currents which have led to some tactical routing decisions. Whilst those closest to shore experience the effects of the east coast’s bushfires providing challenging and saddening conditions, a stark reminder of the devastation taking place so close by.

Opting for an in-shore route, Zhuhai’s AQP, James Finney reports: “It was time to encounter our first 'Southerly Buster'. Sure enough, a large ominous line of cloud appeared on the horizon, Reef two in, Yankee down, and wait. You could cut the tension with a knife. The huge storm clouds rolling inexorably closer as we just bobbed around in front of it, the crew looking wide eyed as the sky turned darker and darker. "Here it comes, hold on!" was the cry, as it bore down on top of us, with an army of white caps spray whipping off the top of them underneath. 20 knots. that's it? Yes that really was it. An almighty anti-climax. Later however, the Southerly did kick in, with massive forks of lightning tearing through the night sky and gusts of over 40mph. It was more what you'd expect from one of these infamous squalls.” 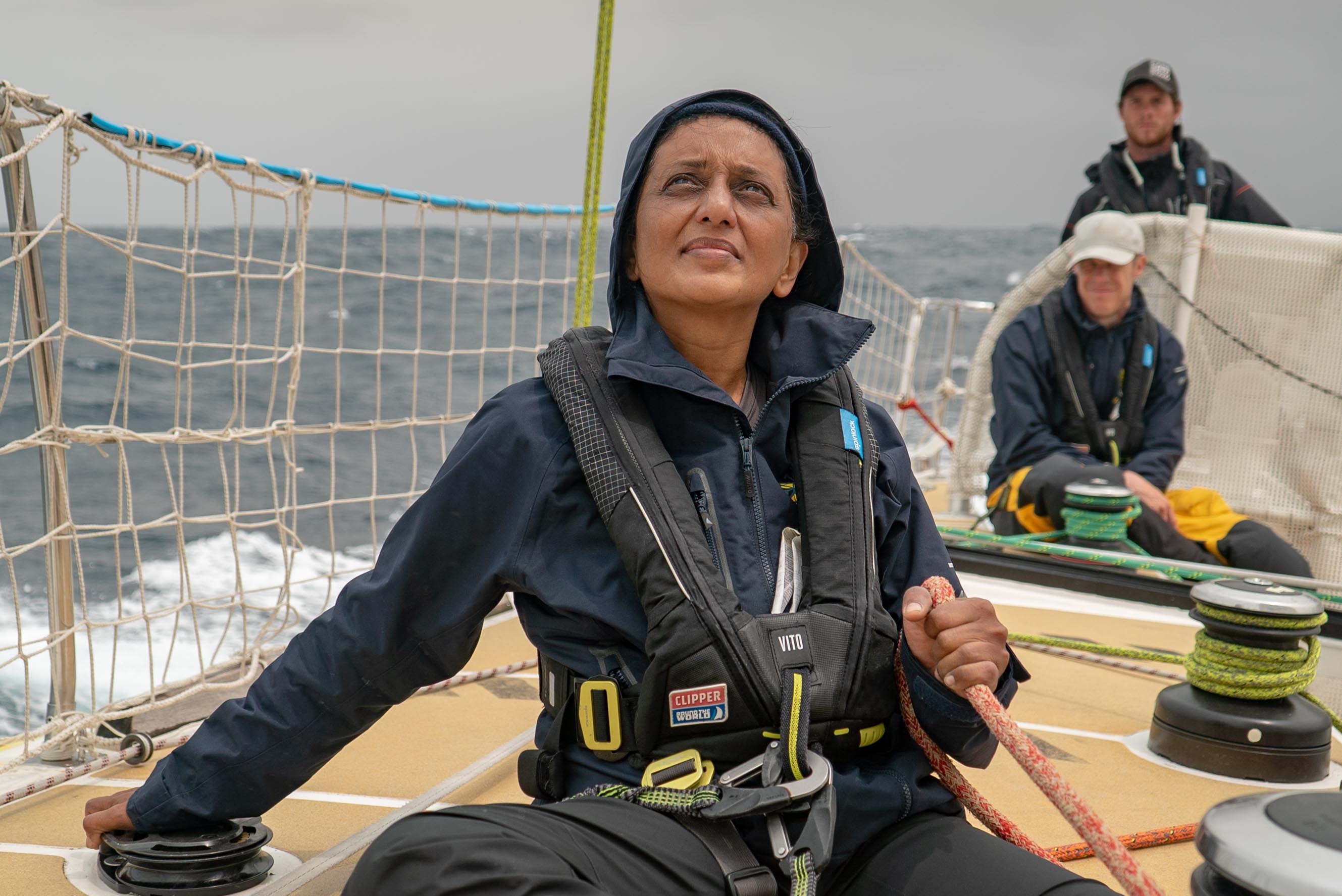 Second-closest to shore is GoToBermuda. Skipper David Wavy Immelman reported on the recent experience: “We made our way in and out of the current, with Nick and his crew on Zhuhai close on our heels, only to have the wind drop. I felt the temperature change and the air just felt different somehow. I called the crew up and briefed them just in case this was a Southerly Buster (a very strong wind front), but not being able to see the clouds, or anything else for that matter, I thought better safe than sorry.

“Nothing on the radar either, as you can usually see rain. Well, it paid off, the wind turned and we were hit is in true buster style. 75 knots of style. We were ready, down came the Yankee 1 and in went the third Reef, and off we went like a bat out of hell.18 knots of it.”

The game of snakes and ladders is continuing as the teams navigate around, or through the middle of the interchangeable currents.

Having headed westwards after deliberating over how best to avoid the southerly currents, is Qingdao which has paid off for the team, currently top of the leaderboard. Skipper Chris Brooks explains: “I realised if we continued eastbound, we would also be the last to receive the wind coming from the south.

“We turned about, and started heading westward once more. You see, if you look hard enough, there's a narrow corridor between two southerly avenues of tide that allow us in neutral or positive tide and also provide a good opportunity to collect the southerly breeze early. We are now in that southerly breeze, making 10 knots in a NNE direction so all good there. The benefit of this is that last look at the weather there appears to be an opening cut into the area of no wind. The south going breeze converges along the shore pushing its way north.” 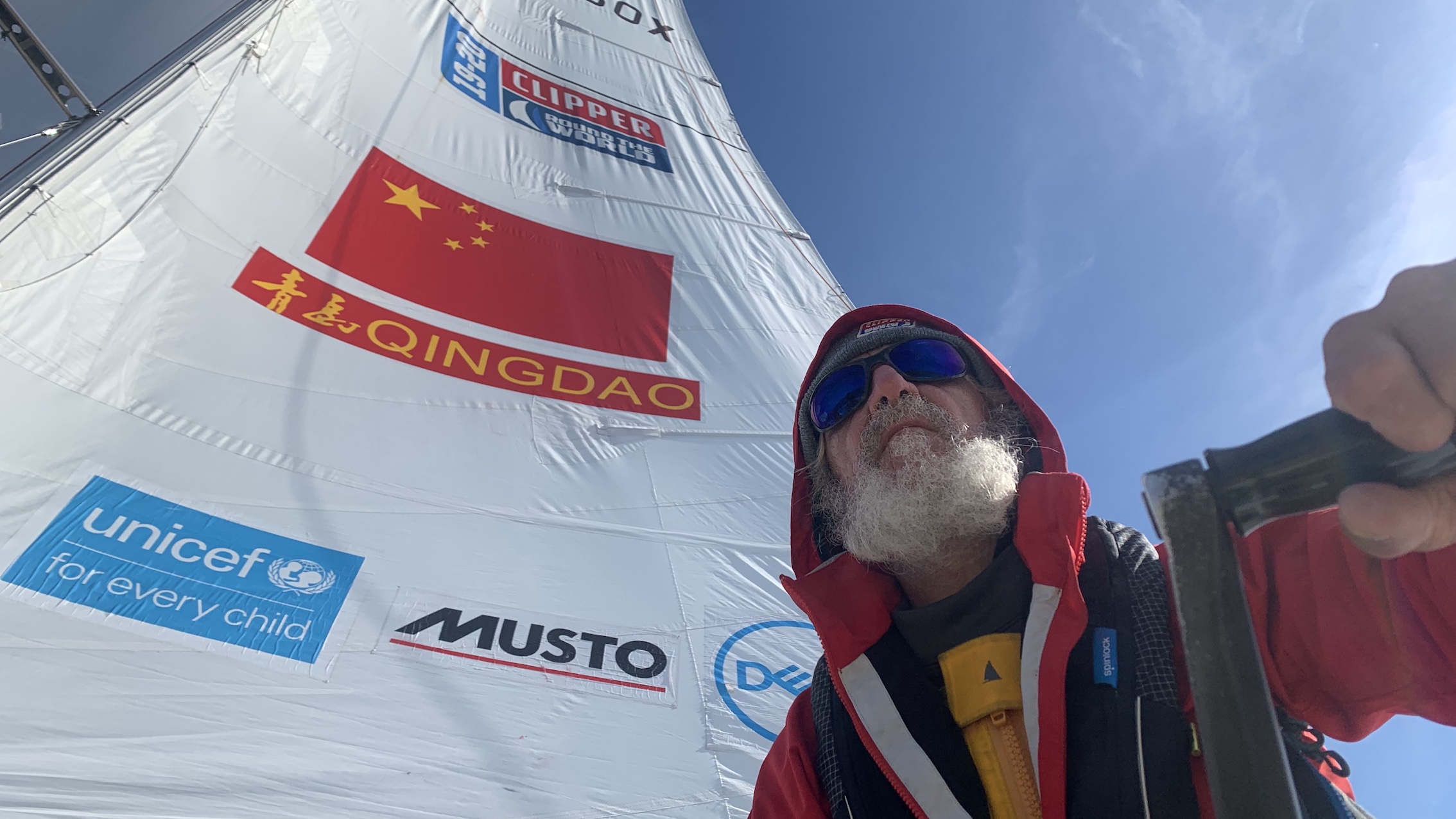 Grinding away on Qingdao

Favouring an easterly route towards The Whitsundays, Ha Long Bay, Viet Nam’s Skipper, Josh Stickland, is hoping their tactical routing, visible on the Race Viewer will provide gains, he said: “It might make sense in the coming days. I think if I were to sum up the plan in one word, that word would be 'ballsy'. We will see in a couple of days, if it pays off.”

He continued: “We continue our relentless slog upwind, with life at an angle, but with an improving sea state it gives us a little win, so also we are trying to stay between a high and a low pressure system.”

Meanwhile, frustration is apparent onboard Unicef, with Skipper Ian Wiggin saying: “I can imagine my mum's frustration, as her clear advice for us to sail very quickly in the right direction is seemingly being ignored. I am not making excuses - but I think that we must have been standing on this healed boat for too long. Now, as we try to sprint our one shorter leg is causing us to sprint in a circle.”

Currently sixth place, Seattle’s AQP, Lyndsay Barnes reflects on the situation effecting those close by: “We have been under a blanket of smoke at a very high level, but this far offshore we have not had the smell of fire that many of the other teams are reporting.The stress of racing fades into complete insignificance, and none of this really matters in comparison to the battle of man vs nature that is going on all over Australia at present.” 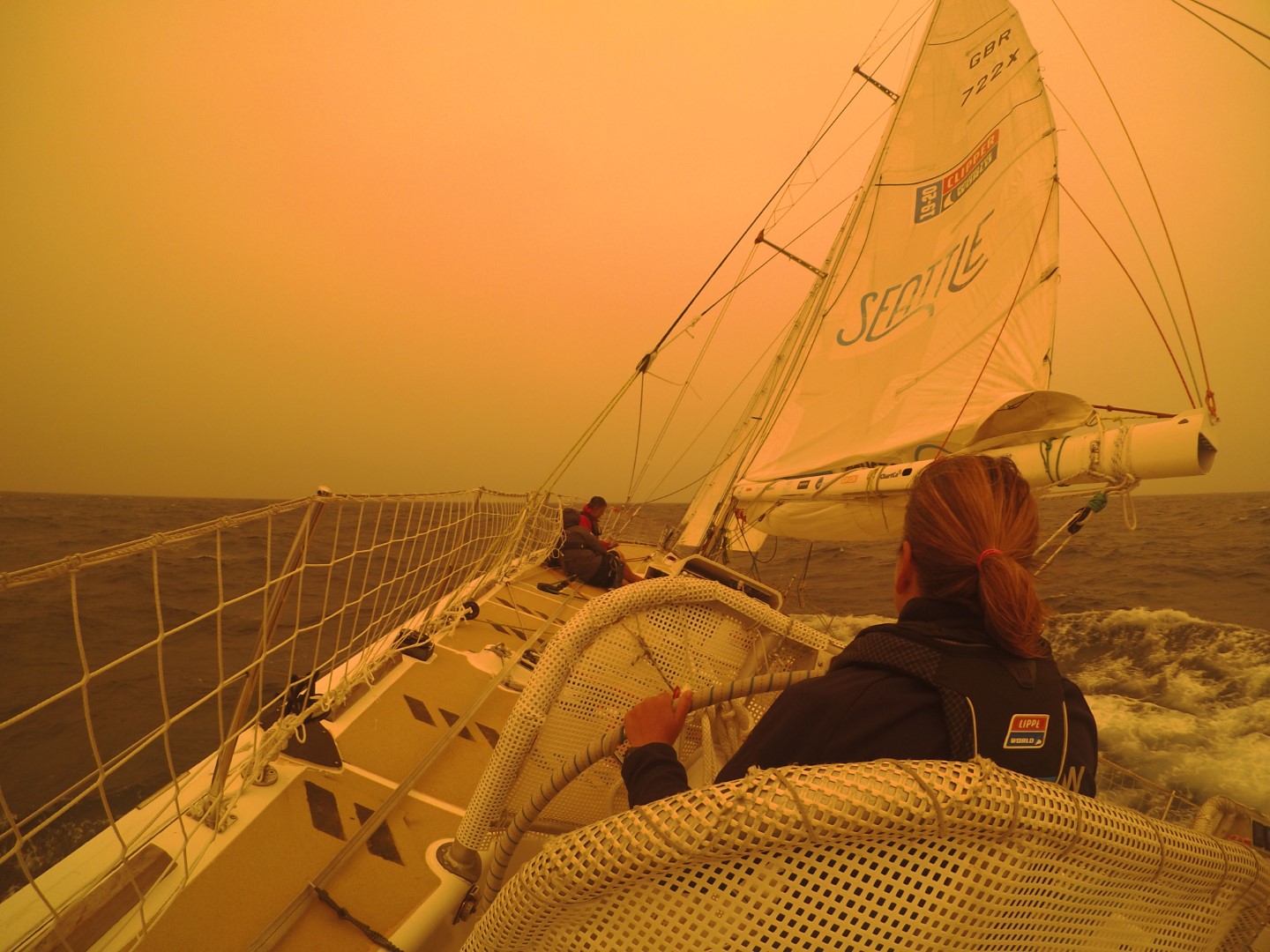 As the close race continues to unfold, and the changeable conditions persist, see how the teams’ routing decisions play out over the coming days via the Race Viewer. As the fleet witness the effects the fires are causing first-hand, all those affected are firmly in their thoughts.