The steady weather conditions have continued to affect the fleet as they sail in The Sanya Tropical Paradise Race. For now, the tussle at the top of the leaderboard continues between Ha Long Bay, Viet Nam and Qingdao, the distance between both teams is extremely close with only a couple of nautical miles separating the two. This fascinating battle keeps the avid Race Viewer follower refreshing the screen hourly! 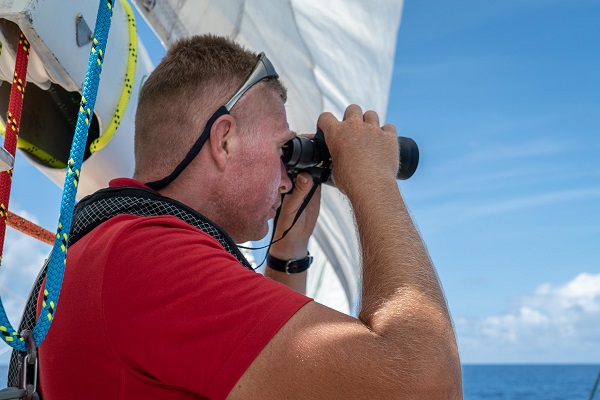 Both Skippers refer to the close competition Josh Stickland, Skipper of Ha Long Bay, Viet Nam, said: “So we have a friend (Qingdao) who has ended up sailing just ahead of us, they're currently 1.1nm away (@0316UTC) and we're both meandering through the Coral Sea swapping places like a double helix. They gain a little speed, we go a little higher and so on and so forth it goes.”

Qingdao Skipper Chris Brooks, reported: “We are in the middle of a windhole and within a few hundred metres of Ha Long Bay, Viet Nam. We have just lost the wind and are currently doing less than 1kt.”

He added: “The crew loved the bigger winds and being so close to Ha Long Bay, Viet Nam has been a hoot.”

With very little separating the entire fleet, the positions mid-table are continually changing. Visit Sanya, China has made an impressive leap into fourth position and is hot on the heels of the two race leaders. Skipper Seumas Kellock, commented: “We have spent the day tacking on wind shifts and generally bumbling our way towards the start of the Doldrums Corridor. We had a couple of squalls pass close by us and as much as we wished they would pass overhead and give us some wind and a shower none of them did, until now. The horizon in front of us turned to a dark grey and the radar screen lit up read with the impending squall. It brought a perfect increase in wind up to 13knots firing on us in the right direction.” 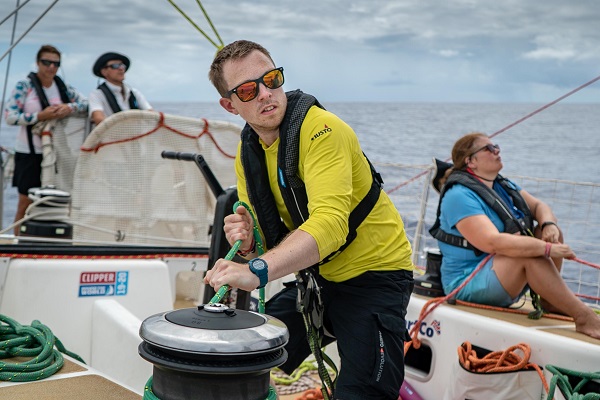 With the weather conditions forecast to remain the same for the next few days, the tactical decisions taken now could well see an entirely different race leader in the coming few days. GoToBermuda Skipper David Wavy Immelman said: “We have gone out on a bit of a limb and tacked away from the fleet. That is all I will say on the matter for now. However, the sailing last night was from one squall to another, we had loads of rain and plenty of wind for a bit then nothing, Trim, trim, trim! Either way it has kept us on our toes… So, on we go, trying to find that extra little bit of wind that the others don't have in order to do a little catch up before the doldrums.”

All skippers report that the crew are now settled into their racing roles and there has been praise as they battle with the torrid conditions on board. WTC Logistics Skipper Rich Gould commented: “The team are acclimatising to life in the tropics, with everyone trying all sorts to help cope with the heat. The sound of bunk fans fills both accommodation corridors, the smell of sun cream fills the air at every watch change, the on watch pray that the low side remains in the shade. With the wind light, and the boat pretty flat, the galley now presents heat as its biggest challenge. Even now, with our baking being moved to the middle of the night to try and help manage the heat in the galley, it’s still pretty tough going for whomever is tasked with feeding the crew for the day.” 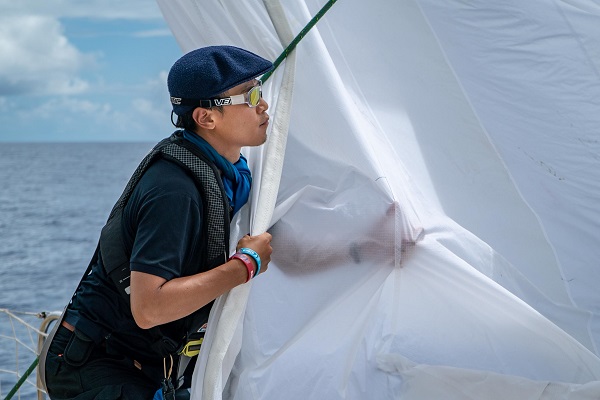 Each team has its own tactical plan set out and while all remain so close to one another, it’s impossible to lay a stake in the ground and choose a Race 6 winner this early on in the game. With everything to play for, whether it be Visit Sanya, China sailing in first position into their home port of Sanya or Ha Long Bay, Viet Nam becoming potential overall race leaders the challenge is as hot as the weather!

Make sure to save the Race Viewer to favourites, the upcoming campaign for first place looks set to be a close and exciting challenge for all teams as they proceed north to the equator and back into the Northern Hemisphere.