WTC Logistics, Qingdao and Ha Long Bay, Viet Nam have arrived into Subic Bay, Philippines securing first, second and third podium places respectively in Race 6. Visit Sanya, China crossed the line shortly afterward securing fourth place. Each team made a valiant effort in their quest to find victory, in a race that provided a nail biting and thrilling finale for all supporters following at home.

Whilst the podium places have been secured by the aforementioned teams, Race 6 continues and there are still vital points to play for and the competition remains very much alive! The remaining teams are battling against each other and some challenging weather conditions but morale remains high as the race within a race sails on.

Imagine your Korea and Punta del Este are the next teams scheduled to arrive into Subic Bay and the skipper blogs were understandably brief as the focus remains on arriving as promptly as possible.

Imagine you Korea’s distance to finish is under 10 nautical miles, and Skipper Rob Graham said: “No blog typing today, too busy sailing. Cheers!” 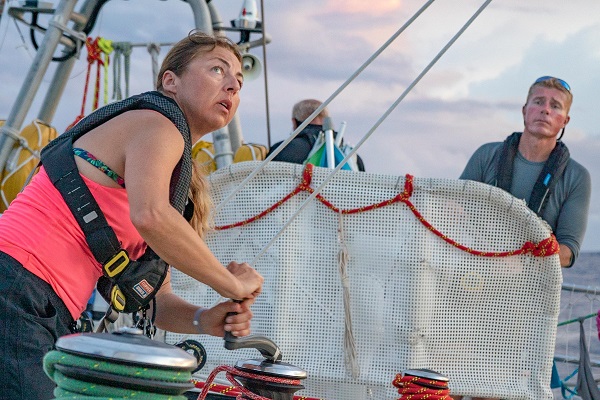 IMAGE: Onboard Imagine you Korea

Speaking of the difficult conditions and navigating their way to the finish line, Punta del Este’s skipper Jeronimo Santos-Gonzalez said: “We have been stuck in a windhole for some time now, since last night at the entrance of Subic Bay. It can be frustrating at times when there is no wind and the only thing one can do is wait for the wind to arrive but a few miles away you can see our competitors zooming away.”

Dare To Lead and Seattle have been enjoying a race against each other. Seattle Skipper, David Hartshorn said of the competition: “This morning at breakfast we were next to Dare To Lead, 400m on their starboard side, close enough for them to smell our bacon sandwiches. The previous six hours we had clawed back six miles on them, now once again they are 6.7nm in front of us. Awesome work Guy, but still 71 nm before the finish line, well for us clearly, and it’s not over yet.”

Dare To Lead, who is currently winning the jostle with Seattle and has 27nm distance to Subic Bay look set to be the victor. Guy Waites, Skipper of Dare To Lead spoke commented on tenacity of his crew and the challenge ahead: “I won't tempt fate by suggesting this is the final blog of Race 6 but where there's a will there's a way and one thing's for sure the effort and determination of everyone aboard Dare To Lead and Seattle is thoroughly deserving of their finish!” 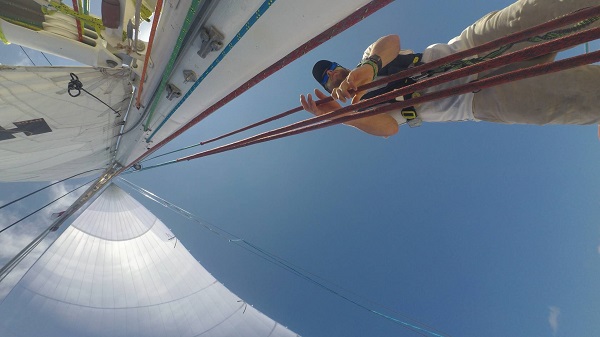 The remaining teams acknowledged Valentines Day. Unicef Skipper, Ian Wiggin opened his blog today by saying: “Roses are red and our boat is BLUE!” He then went onto say: “We hope to be ashore by tomorrow sunset. With 150nm to go, a tricky forecast and strong counter current, this may just be achievable. GoToBermuda is making gains on us every sched. Although it would be nice for Unicef (the boat) to have some company on Valentines day, we really hope to avoid this.