Summing up the final stages of Race 7: The Lakewood Hills, Zhuhai Race, Skipper Guy Waites of Dare To Lead said: “It's clearly that stage of the race where the pressure is rising, the breeze is in, 25 and 30 knots with a full mainsail and the Code 3, commercial traffic through the Luzon Strait to negotiate, islands, rivers of powerful current (both good and bad), a fleet of Clipper 70s playing their gybe angles, a downwind mark to round and a choice of two scoring gates should you think you have a chance of bonus points.”

And the bonus points are keeping the fleet flighting hard, navigating their routes, chomping at the miles, collecting points like Pac-Man racing through a maze. 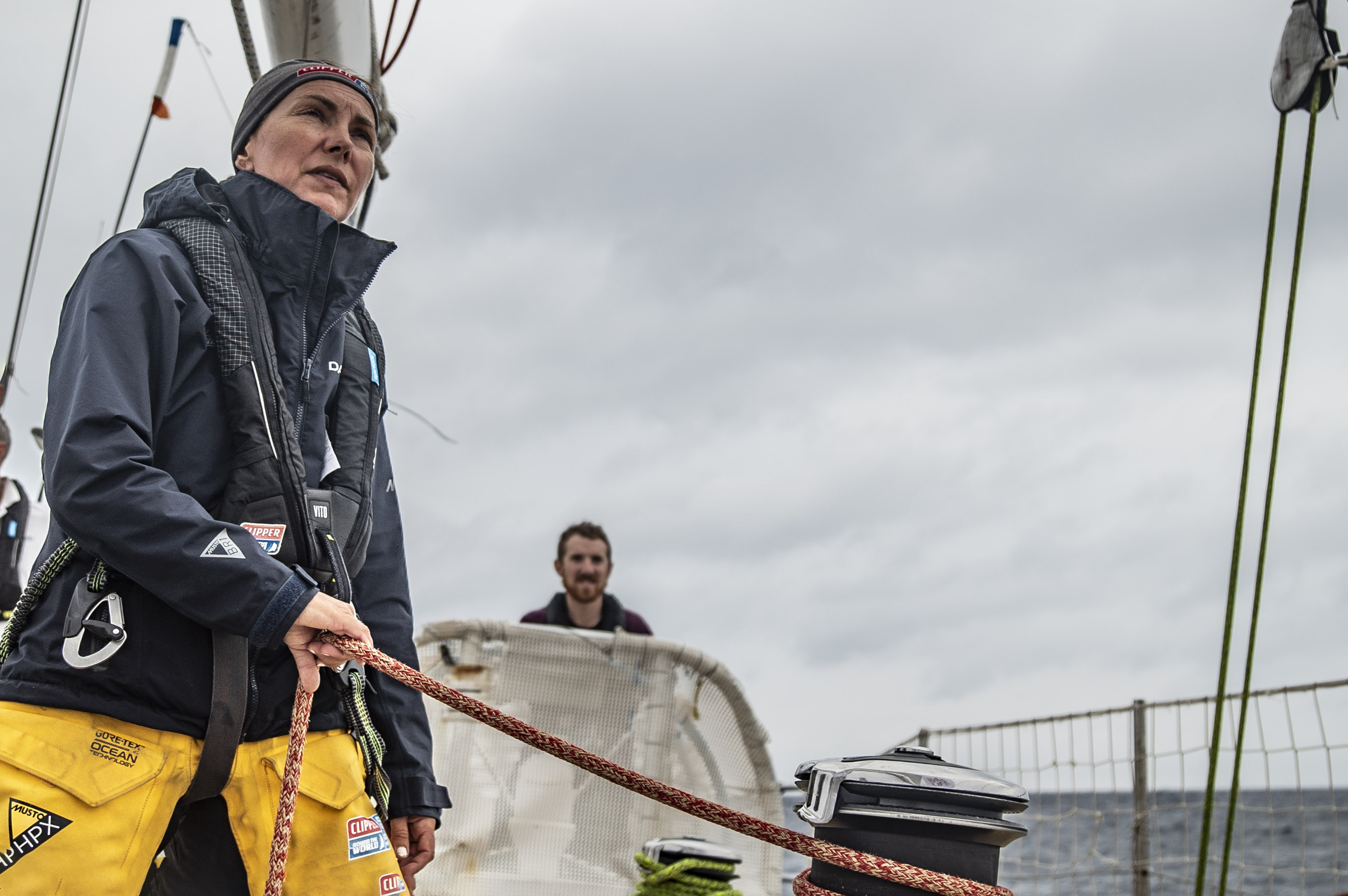 For the first time in the Clipper Race we had two scoring gates in the same race and they were placed 30 nm either side of the Rhumb line to the West and to the East. Both Scoring Gates were approx. 10 nm wide and this gave an opportunity for a possible six teams to gain bonus points and the results are in!

Crossing the East Scoring Gate first was Qingdao at 00:49:34UTC, followed by Unicef in second place at 00:57:55UTC. Visit Sanya, China picked up the final points at 03:02:20UTC. Heading West, the front-runner remained very close with Qingdao crossing the line of the scoring gate at 06:51:53UTC, followed by Unicef at 06:55:57UTC, gaining two bonus points with another three points going to Visit Sanya, China as they raced across the scoring gate at 08:55:56UTC. Totals for the teams are as follows; Qingdao - 6 points, Unicef -4 points,Visit Sanya, China - 2 points.

AQP, Rhiannon Massey on board Qingdao, currently leading, commented on the close-racing: “We have had Unicef who have been pushing exceedingly hard and putting the pressure on to sail clean and fast for at least the last 12 hours now. Throughout these 12 hours they've been well within sight and that's both made us try to step up our game and work extra hard on our spinnaker trim and driving.”

There is a mere nautical mile between the teams at the time of writing. Hot on their tail, Unicef Skipper, Ian Wiggin said: “Qingdao's lead ahead of us evaporated from 30 miles to just two! Sadly they just pipped us to the first scoring gate, waving their transom coquettishly at us from what seemed like inches away, but still, our first scoring gate points of the whole race. Well done the big blue boat!

He continued: “With the favourable breeze still blowing at well over 20 knots, it made sense for both of us to gybe over and see if we could snatch the points at the other scoring gate too. We now continue our chase, like an over-enthusiastic labrador after a tennis ball, bounding over the waves. Ten miles to go; Qingdao is still very catchable, and the points are still available.”

Elsewhere, the teams are all reporting delightful conditions as they head south towards the Philippine coastline.

Skipper of WTC Logistics, Rich Gould reports: “The breeze has been just perfect, and we have been making the most of it with Mr Medium weight the 3rd. As the morning has gone on, the breeze has been steadily building, and our boat speed is certainly benefiting from that, in the past three hours we have averaged 13.6 knots. In the last position report we were showing in 10th, finally a change after spending the majority of this race at the back of the pack. With this decent breeze and a building swell we are seeing some decent surfs, often well up into the high teens.”

Whilst Jeronimo Santos-Gonzalez, Skipper of Punta del Este said: “We are in the middle of 35 knots of wind speed and increasing swell and the crew is loving it. After going from windhole after windhole in the previous Race 6, the Punta del Este crew were ready for some intense strong weather sailing and praying to the wind gods has helped.” 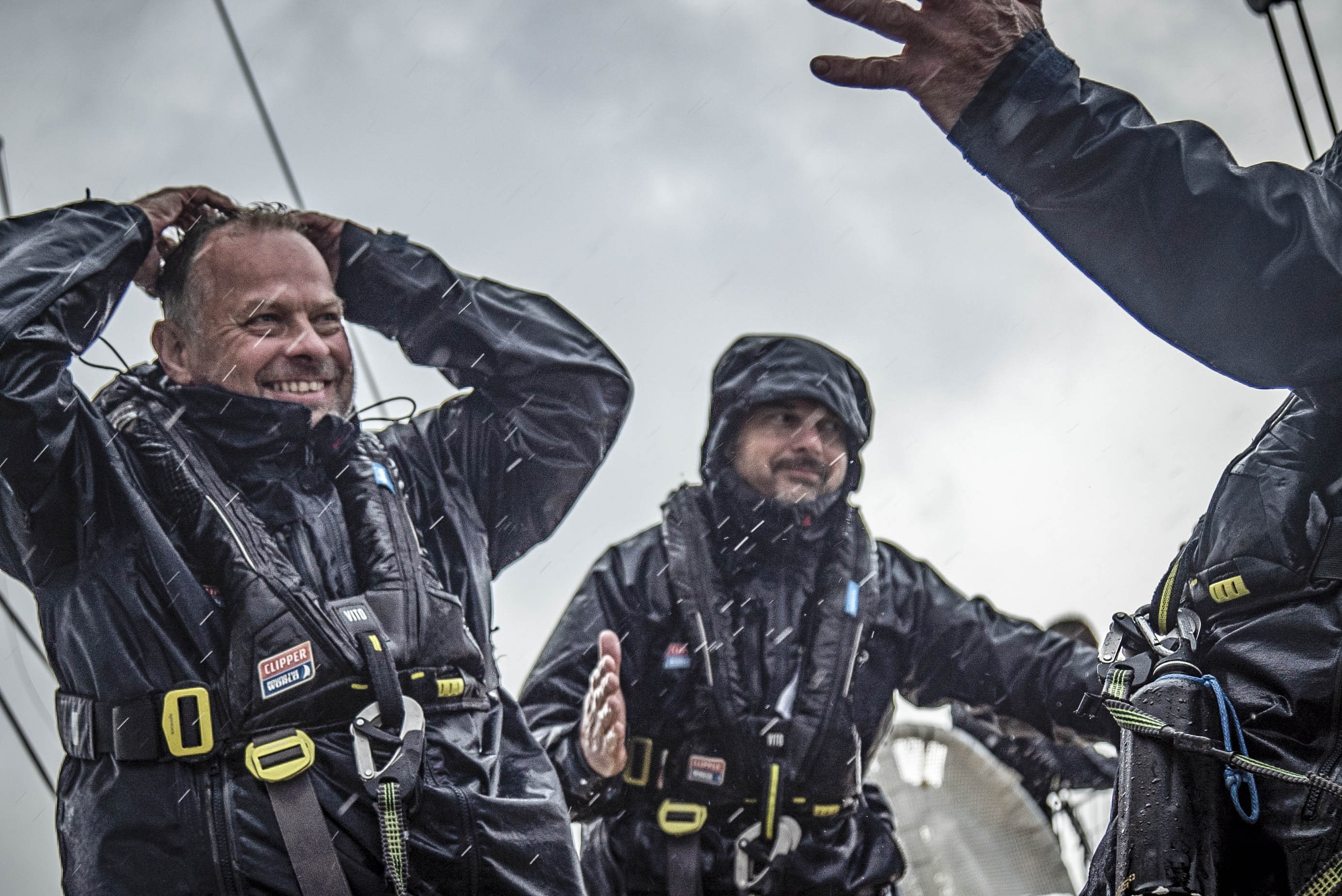 “On board Visit Sanya, China, it has been a fast night, with the Code 3 flying we’ve been busting out average speeds of 12+ knots and surf up into the 19 knot range, it has been fantastic. Our efforts have been rewarded as well with extending our lead over the fleet behind us and closing the gap on the two front runners” said Skipper of the team, Seumas Kellock.

Whilst the sprint of a race is offering some fantastic conditions, it hasn’t been without a few kitemares and sticky spinnaker situations, read more via the Skipper Reports.

Looking towards a tight finish, can Unicef catch Qingdao and overtake? Will the close match-racing teams have yet another re-shuffle? Will the fleet be plagued by windholes? It’s all eyes on the fleet as another race finale looks like a tense watch.

In the words of Rich Gould, Skipper of WTC Logistics: “The final few hundred miles of this one will be the edge of your seat, keep refreshing the Race Viewer stuff. Get ready to keep sneaking a peek at the Race Viewer at every opportunity you get, things have the potential to get very interesting again.”