As the fleet pushes north up the Taiwanese Coast, a real contrast in wind and conditions have been reported over the last 24 hours, resulting in a vast range of fortunes and emotions for the teams. One thing for certain is that the air temperature may be dropping but the competition level in this race to Qingdao is properly starting to heat up.

PSP Logistics has extended its lead and is now around 50 nautical miles ahead of nearest competitor, Visit Seattle, though it hasn’t been plain sailing as Skipper Matt Mitchell reports: “What a frustrating 24 hours we've had! The wind has been so fickle, massive wind shifts and a huge range of wind strength. It made the sailing very tough, in a different way than that we experienced just a few days ago. Keeping the boat going was a real challenge and choosing sail plan was also difficult.”

Behind the leaders, five teams are spread from east to west with less than 25 nautical miles separating them, making for an intense chase to reach the podium. Visit Seattle has moved up into second place and Skipper Nikki Henderson has detailed the change in conditions that the fleet has experienced over the last 24 hours, saying: “We could not have had a more dramatic change of scene.

“This time yesterday we were thrashing around in a confused sharp sea state and 30 knots of wind (water consistently spraying in your face, horizontal rain, noisy, leaned over, yellow dry suits etc) and now there is not a cloud in the sky – bright, bright blue above us - and calm flat water below - with (unfortunately...but with some relief) not a whole lot of wind.”

After a bold tactical move, she added: “We headed out east last night and made no ground to our destination in an attempt to avoid the forecast wind hole off of Taiwan. As the wind dropped this morning my heart sunk - hopefully the miles in the wrong direction will pay off or we have just thrown our podium position out the window *hatch.” 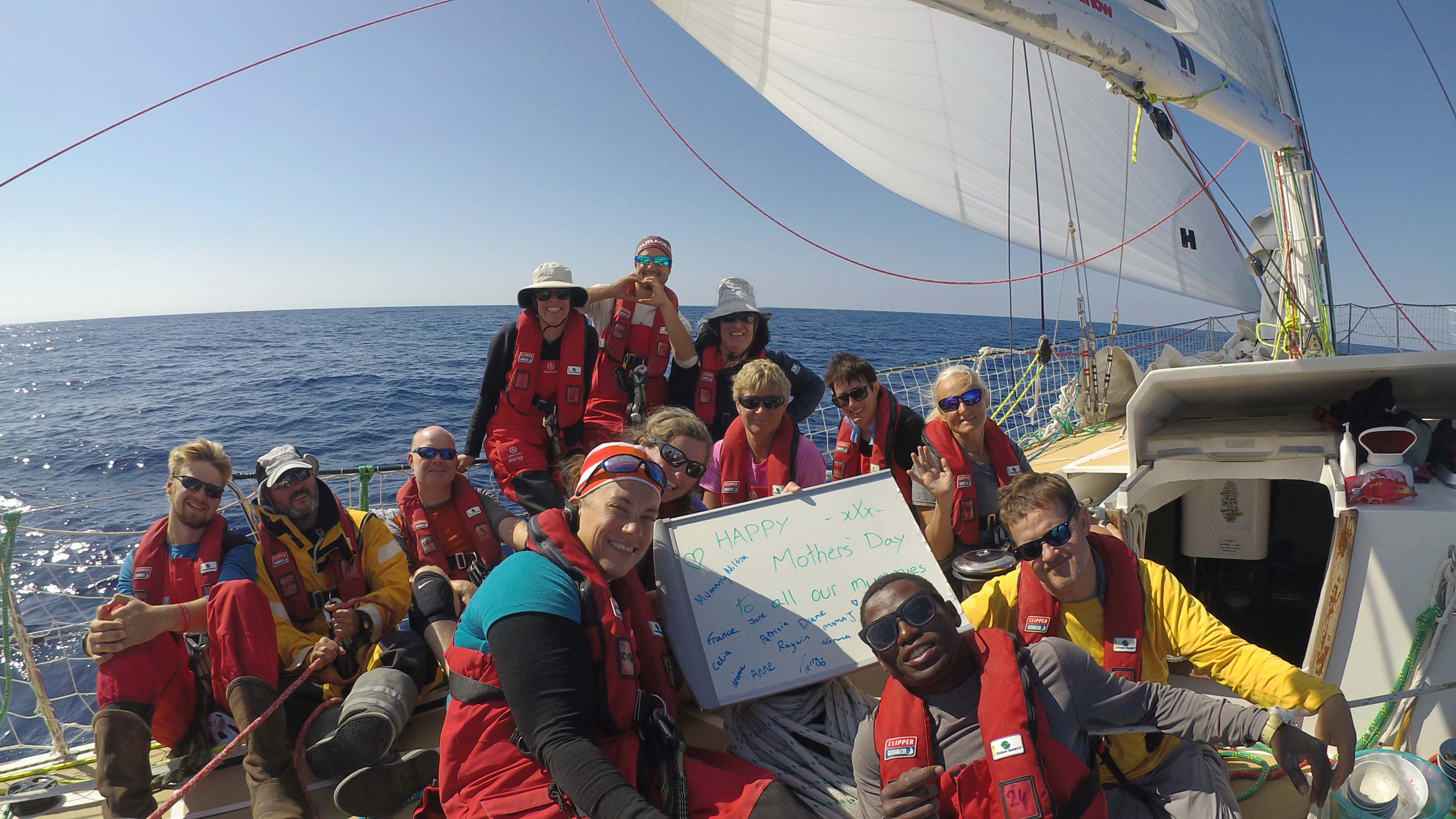 The biggest winner of the day is Qingdao, furthest west of the five chasing teams and up to third after continuing its steady climb up from the bottom of the leaderboard. The team is well placed now following a brief diversion to rendezvous with Nasdaq at the beginning of the race for the transfer of an essential watermaker spare part and the Race Committee has verified redress times for both teams.

Qingdao Skipper Chris Kobusch says: “Somehow we got a bit lucky with the wind and caught up with GREAT Britain, Sanya Serenity Coast and Liverpool 2018. In ocean racing you really go through lows and highs. One day you ask yourself "What am I doing here?" and the next day you think "It’s actually not too bad. Quite enjoyable in fact." See how we feel tomorrow on the good boat Qingdao. Today we are definitely on the high.” 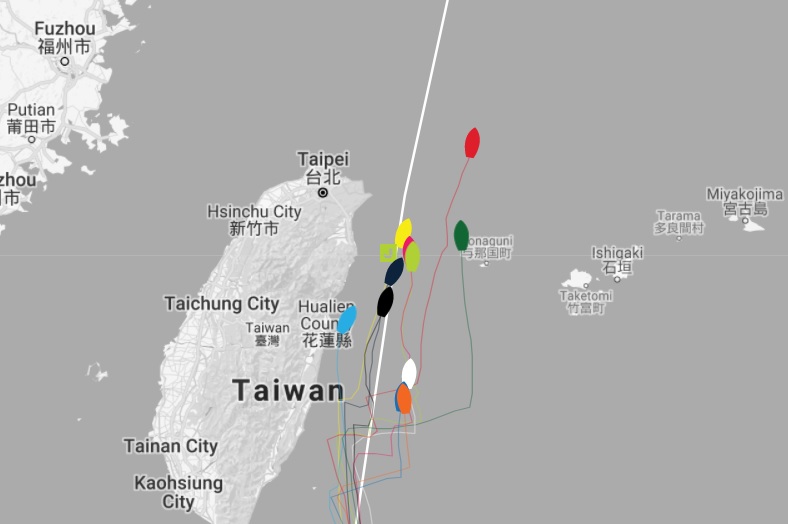 Liverpool 2018 is currently fourth in the centre of the chasing pack and whilst the team’s podium position is still within sight in this race, Skipper Lance Shepherd is feeling frustrated after missing out on a point in the Elliot Brown Ocean Sprint by the narrowest of margins, explaining: “It’s been a day of highs and lows for the crew of Liverpool 2018. Today we found out that we came fourth in the Elliot Brown Ocean Sprint, BY TWO MINUTES. It’s crazy to think how close it can be, that’s one round up, a slow tack, or just a tiny mistake. However, our crew are full of praise for all on board Garmin, Sanya Serenity Coast and Dare To Lead as we know how tough it was.”

Tucked in closely behind Liverpool 2018 is Sanya Serenity Coast and GREAT Britain in fifth and sixth position and around 15 nautical miles further behind is Garmin hot on the pursuit in seventh place, spurred on by its first place result in the Elliot Brown Ocean Sprint. Skipper Gaëtan Thomas is delighted with the result, explaining: “I opted for a fine reach than a close haul and it did pay as we won it! Well deserved, we worked very hard on it and I'm proud of my pirates!”

Nasdaq, in eighth, is just 6nm behind however with its own ambitions after managing to maintain good progress in the light winds, resulting in a 30nm gap being opened over ninth placed Dare To Lead. 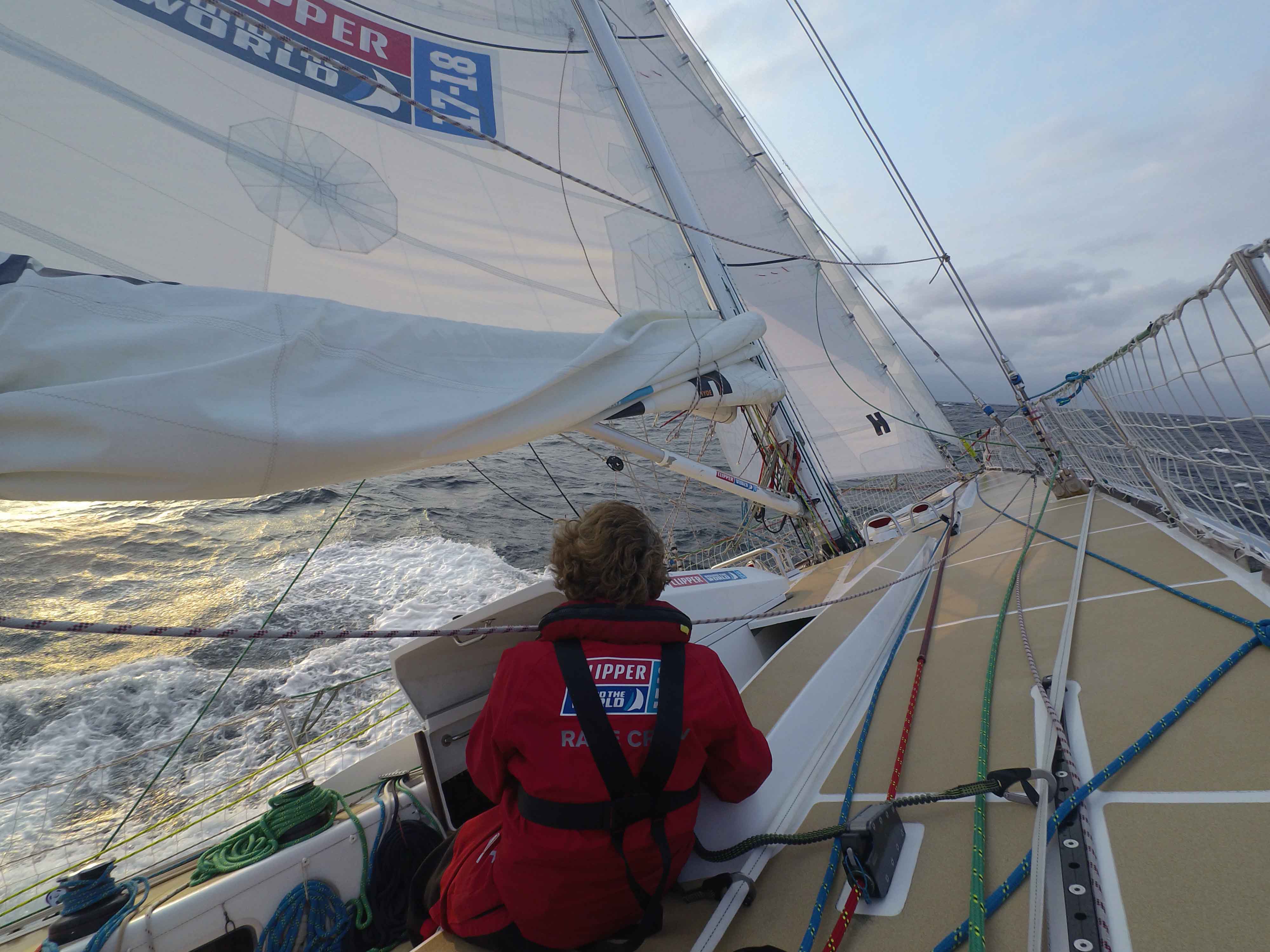 Dare To Lead Skipper Dale Smyth says: “We are now finally through Luzon Strait with a straight run north ahead of us. We were pleased to hear that we at least scored a point on the Elliot Brown Ocean Sprint so that slightly helps us to feel better about our awful position at the moment.

“We have a wind hole close in to the coast of Taiwan that we are trying at the moment to avoid and this has required us to yet again do an offshore tack with no progress forward, but rather that than get stuck!!”

At the back of the fleet, Unicef, tenth, and Hotelplanner.com, eleventh, are just one nautical mile apart, both hoping to play catch up in the remaining miles.

Relief has been reported across the fleet that the gale force headwinds are over for now and that life has returned to more normality in the flatter waters but now crews will have to battle hard again as they look to avoid wind holes. The good news is that they are at least aided by the Kuro Shio current, also called Japan Current, a strong surface oceanic current, which flows between Luzon of the Philippines and the east coast of Japan and provides a natural push, which should keep teams from standing completely still.

Qingdao and Nasdaq have both been awarded race redress following a rendezvous on March 6 between both boats in order to transfer an essential watermaker spare part from Nasdaq to Qingdao. The spare part was a bleed…