The Clipper Race fleet has reached the approximate halfway point of the 5,600 nautical mile race across the North Pacific Ocean to Seattle, and in a sign of how competitive things are, the gap between the top ranked teams continues to tighten.

Sanya Serenity Coast remains in the lead for a third consecutive day, though the chasing pack is right behind, with around 50 nautical miles separating first from the sixth ranked Unicef. 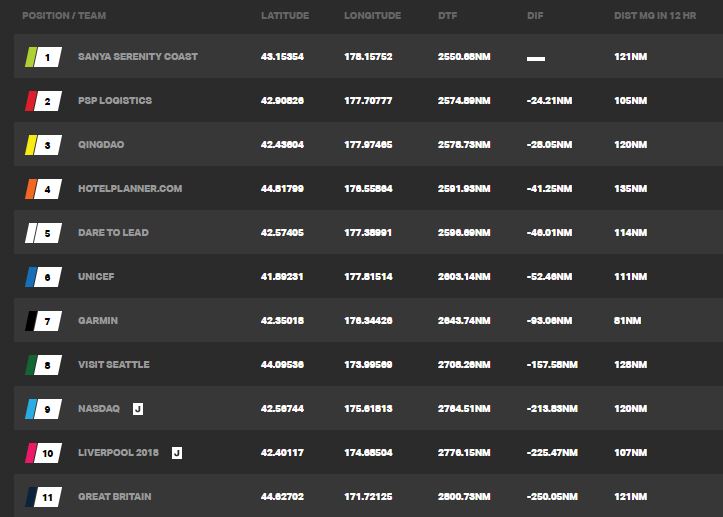 The close proximity of the other teams has not gone unnoticed aboard the third placed Qingdao, whose Skipper Chris Kobusch reports: “Sailing wise, we had a good 24 hour run with decent boat speeds. We gained on most of the fleet and after Unicef crossed our bow yesterday, we saw PSP Logistics passing our stern earlier today. It seems odd that after almost 3000nm of racing and in the middle of the North Pacific we are within sight of two other Clipper 70 yachts within a day.”

Whilst the champagne sailing conditions are continuing for most of the fleet, the next 24 to 48 hours will bring about a change as the next low brings southeast to south-southeast gusts of up to 60 knots. Visit Seattle, which steadily making up ground on the rest of the fleet and has climbed two places to eighth, is anticipating an interesting and tactical few days as a result, and Skipper Nikki Henderson says: “We gybed at dawn and now are heading north east. Hoping to avoid the lighter winds sliding in from the west before the next low-pressure system hits, whilst also not overstepping our virtual beach (Northern Limit).”

Image: Positions as of 0900UTC

The currently fourth placed HotelPlanner.com climbed as high as first on the leaderboard overnight due to its close proximity to the rhumb line. It continues to be the most northerly placed of the fleet and Skipper Conall Morrison comments: “We've had a good 24 hour run OF 272 nautical miles from 0600-0600 UTC, just need to keep as many of them as possible in the right direction.

“We have 35 knots of wind here at the moment but believe the boats further south may have a little less which would be conducive to flying Spinnakers. We tried for a couple of hours, it was great fun... but a little wild. The whole crew worked well to drop and recover the sail after being a little overpowered. The evolution went like clockwork and has improved self-belief around the boat.” 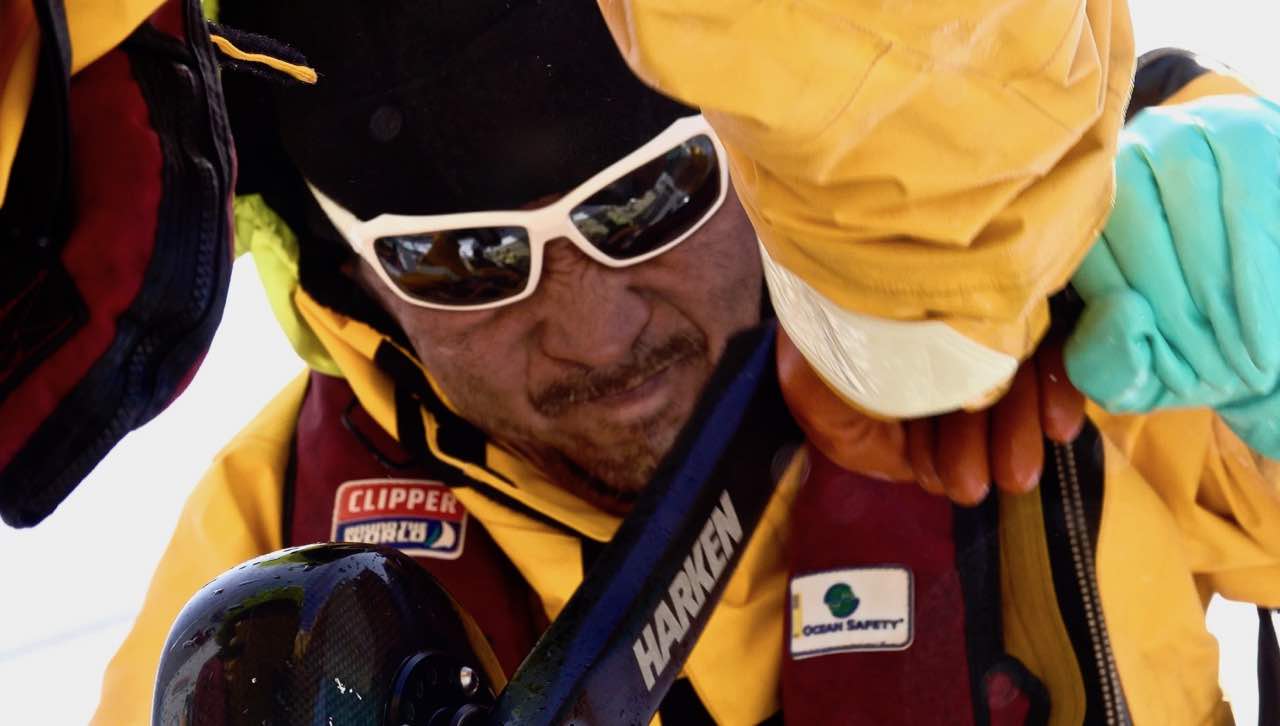 Image: Sent back from Ming on board Sanya Serenity Coast

Whilst all is well with evolutions on board HotelPlanner.com, there were ‘kitemares’ aplenty overnight. Despite working its way up the standings from sixth to second over the last 24 hours, PSP Logistics lost some steam after a mishap with the Code 3. Skipper Matt Mitchell says: “We were making great progress, absolutely howling along, when the helm broached, causing a spinnaker wrap with the Code 3 (heavyweight spinnaker).

“It was pretty bad but thankfully only around the inner forestay. It took about 4 hours to sort out with a massive effort from everyone, but I don't think the Code 3 will fly again this leg! The Yankee1 will have to bravely take the place of the Code 3 for the time being, already we can see we are a bit off the pace!”

The Sail Repairers on board the ninth placed Liverpool 2018 have also busy but after damaging both the Code 3 and Code 2, Skipper Lance Shepherd reports: “we are back on track, heading northeast at around 12 knots and are prepared to do battle with the next bit of fruity weather.”

Keep track of the fleet to see how the weather systems affect the fleet via the Clipper Race Viewerand hear more from the Skippers and crew on the Team Pages.