There is just one sleep remaining until the Clipper Race teams bid farewell to their Chinese hosts and embark on the ‘Race to the Emerald City’. Known as the big one, this is a 5,600-nautical mile endurance test across the mighty North Pacific, from Qingdao, to Seattle, USA.

The Pacific is the world’s largest ocean and this leg is seen as one of the greatest challenges of the entire circumnavigation. As Skippers and crew will find themselves closer to the International Space Station than land at times, nervous anticipation is natural and full respect for Mother Nature during this remote challenge is fully advised.

Skippers and teams will once again take to the stage at 0930 local (0130 UTC) on Friday morning for their final ‘rockstar’ moment in China as the media hoards surge to get their last images and interviews ahead of the teams slipping lines, which starts from 1100 local time (0300 UTC).

Teams will then take to the water to perform a farewell Parade of Sail from 1200 local (0400 UTC) with the Qingdao team leading the way as the fleet heads out of sight towards its Race 9 start line which is located to the east of Lingshan Dao in approx. position 35°45.000N, 120°15.500E.

The Race 9 start, expected to take place at 1600 local (0800 UTC), will be a Le Mans start, which will be led by nominated Lead Skipper Wendy Tuck. Read more about the Le Mans start procedure and the full details for Race 9 in the Course Instructions .

Before teams reach the open ocean, they are likely to once again have to navigate the dreaded fog and the dense fishing boat fleets coming out of Qingdao. This first section is then a race to the southern tip of Japan, where the Japan (Kuroshio) Current, which runs west to east can help increase boat speeds, though can also churn up some confused sea states.

Clipper Race Director Mark Light has forecasted light southerly winds for the Le Mans start and during Crew Brief, he explained: “The light wind start looks set to continue to the tip of Japan which means the yachts will stay relatively flat for the first three to four days and there may even be some wind holes.

“However, from Day 6 it is looking like the fleet will head into a big low pressure system and that will mean teams will face headwinds.” 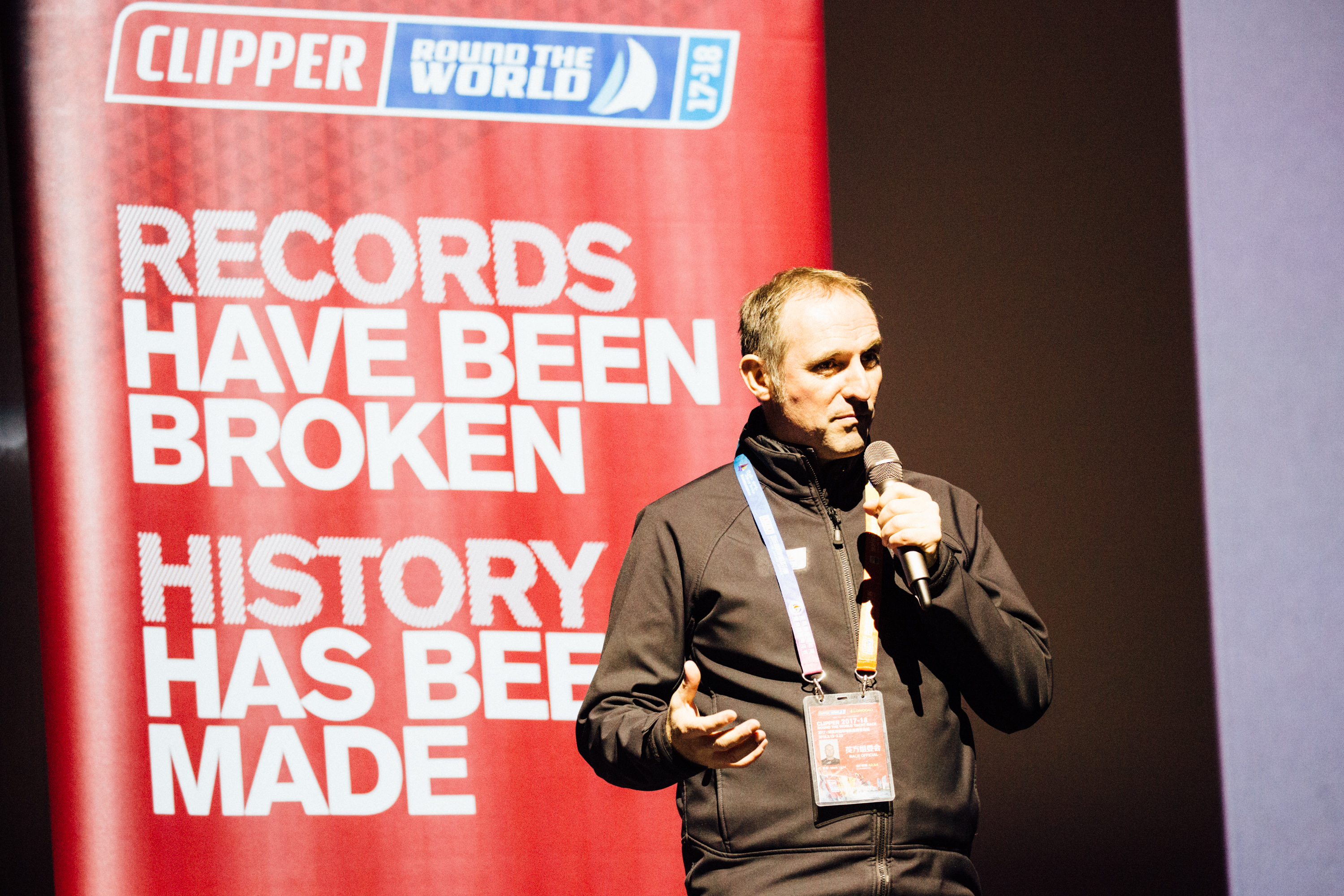 Once clear, the North Pacific awaits and will soon bring with it some very cold temperatures, big conditions and dark nights at sea. Famous for its huge Pacific roller waves, which pick up the yachts and allow them to surf along at up to 30 knots down into the troughs, it’s being out here that you can really understand and appreciate the magnificent scale of our planet and our place within it.

Crossing the International Date Line is another feature of this race, a feat rarely achieved by sea, temporarily leading to much debate on what date it actually is. Once passed, teams know they are roughly half-way to Seattle, though with the racing as tight as it has been so far this series, they’ll know that keeping competitive focus, as well as preserving sails and equipment, and looking after crew morale will remain a constant mental and physical challenge.

Past crew say you can smell the land before you can see it, but the first actual sight of land will be a momentous moment. Especially when it’s as beautiful as Seattle. Nestled on the shores of Puget Sound, surrounded by the Olympic mountains to the west and the Cascade Mountains and Mount Rainier to the east, it’s a stunning scene.

“The tenacious Clipper Race Skippers and crew have already been through so much in racing over halfway around the world and now they are about to take on the ‘The Big One’ – crossing the mighty Pacific Ocean. After the long grey days and dark nights at sea, I’m sure that they can’t wait to feast their eyes on the vast green spaces and magical landscape of the Emerald City .

“The Clipper Race family can be sure of a warm Seattle welcome after one of the most challenging legs of the circumnavigation and we can’t wait for all the teams to get here!”

As per usual, there will be bonus opportunities for teams to add additional points. The Elliot Brown Ocean Sprint will take place between the lines of longitude 146°W and 140°W. The first three teams with the shortest elapsed time between the two designated positions will receive three points, two points and one point respectively.

There will also be one Scoring Gate in Race 9. This is not a compulsory gate and is often located just off the rhumb line, providing a tactical conundrum for teams. As with above, the first three yachts through the gate will be awarded three points, two points and one point respectively.

In a change to the usual ruling on Stealth Mode, each yacht shall have the opportunity to use two periods (of 24 hours each) of Stealth Mode. These may be used separately or concurrently to give a continuous 48 hours of Stealth Mode.

Going into Race 9 of the 13-stage series, Sanya Serenity Coast (98 points) still leads the overall standings, having opened up a 13-point lead over second place Qingdao (85 points), which is just three points ahead of third place Visit Seattle.

However, during Crew Brief it was announced that two of the eleven teams have elected to play the Joker Card for Race 9 ; Liverpool 2018 and Nasdaq. On arrival into Seattle, both teams will double their race points which could lead to significant leaderboard changes. 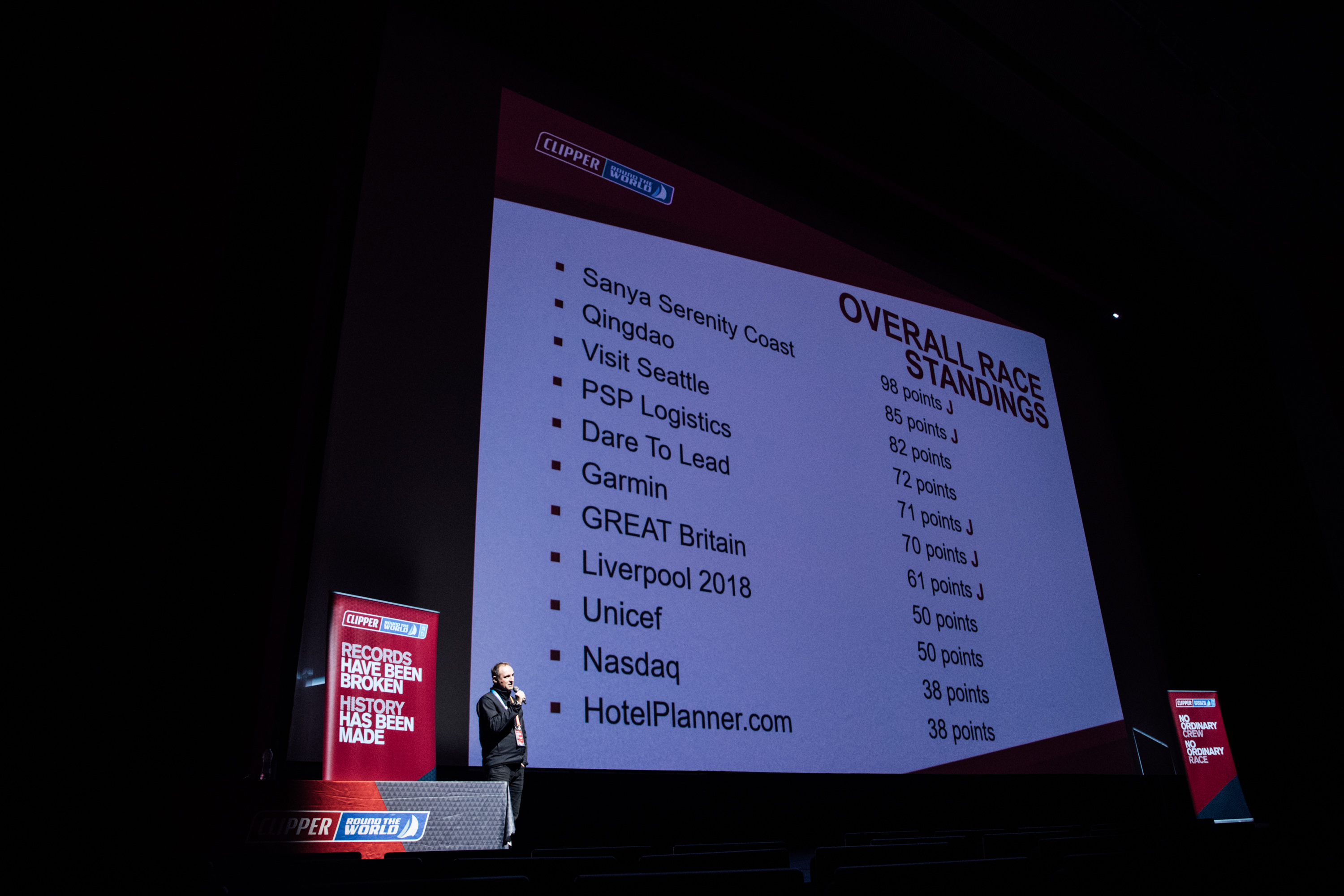 On the decision to play the Joker Card, Nasdaq Skipper Rob Graham said: “We’re obviously looking for a big result. This is something that we’ve discussed as a team a few times and we’ve felt like we’ve been improving the last few races. Due to the mix of people on board with quite a high number of new joiners here – this could be the time.”

Liverpool 2018 has been planning to play the Joker Card for this Leg for quite some time, with Skipper Lance Shepherd explaining: “We set out right from crew allocation that we would use our Joker now, once we knew the numbers and who was doing what Legs. This has been our plan from Day 1.

“We’ve got a really strong crew including returning leggers. We’ve got some good sailors as well as some good strong people so we fancy our chances on it."

The Clipper Race fleet is expected to arrive in Seattle’s Bell Harbor Marina between 14 to 19 April.

Watch out on the Clipper Race: LIVE Facebook page from 11:00 local (0300 UTC) to see the teams slip their lines off the dock ahead of the Race to the Emerald City start.

The Clipper Race has teamed up once again with the world’s leading and most experienced team of digital yacht racing game experts at Virtual Regatta and you can test your own skills in Race 9, without getting wet or cold, so certainly not the authentic experience! Full details of all the features and how to play are available in the game website.

Inspired to take on the Pacific Ocean yourself? We’re already training crew for the 2019-20 edition of the race. If you think you’re tough enough to take on the world’s biggest ocean, click here to find out how to apply and prove it.