​Reflecting on a decade in partnership with Derry~Londonderry

This long standing partnership was established ahead of the Clipper 2011-12 Race when the city made its debut on the international circuit ahead of its tenure as the first ever UK City of Culture in 2013.

Formed to ignite civic pride and unity, create a lasting legacy, benefit the local economy and bring commercial success to the city, the partnership with the Clipper Race has drawn over 600,000 visitors, generated millions for the local economy and stopover attendance has increased by 83.3 percent over the course of the partnership so far [to 2018]. 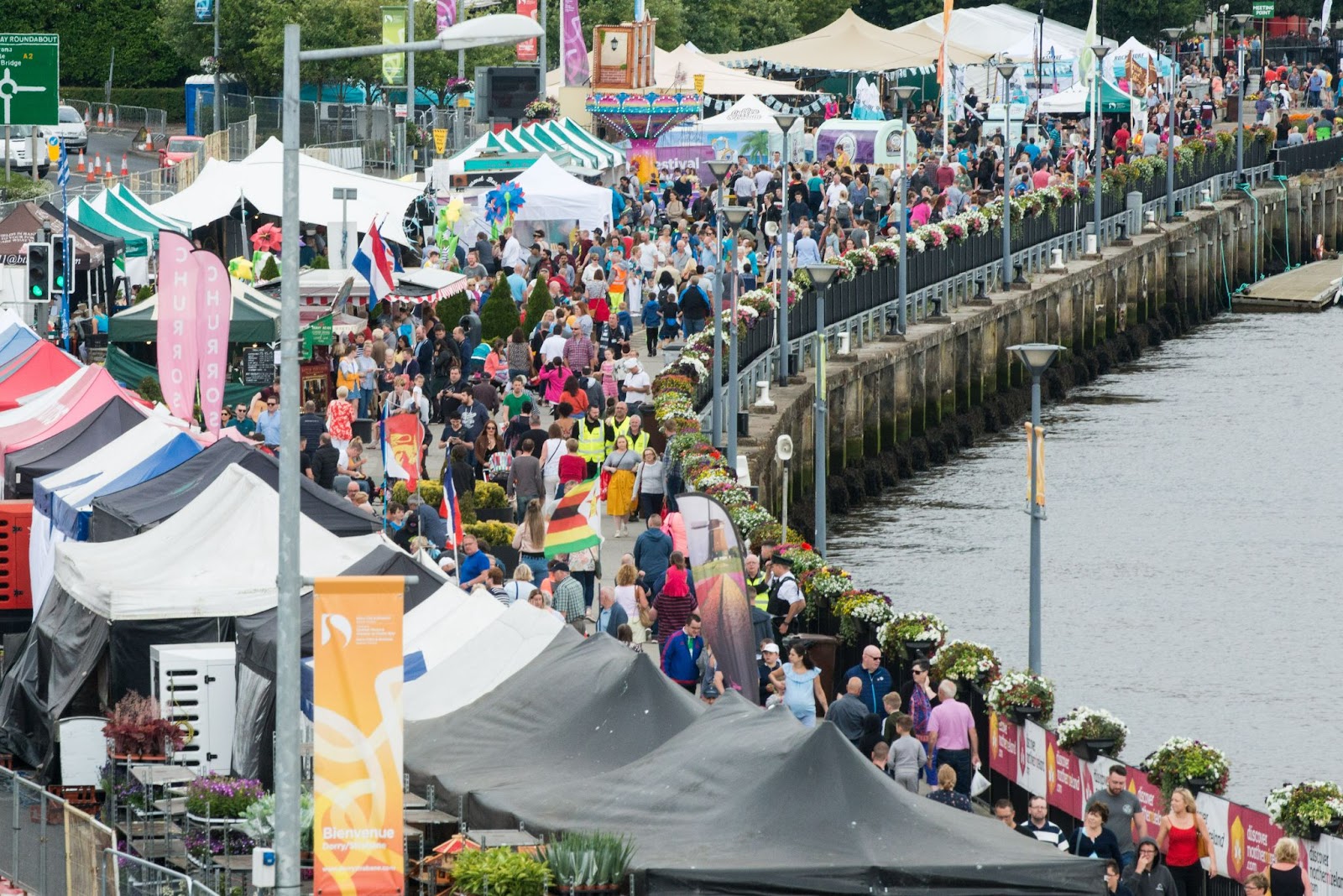 Image: The Foyle Maritime Festival in 2018

The partnership was off to a great start with the inaugural stopover in the summer of 2012 generating £3.74 million in economic impact, laying a marker for Derry~Londonderry’s City of Culture year in 2013.

Following the first stopover, Odhran Dunne, CEO of Visit Derry said: “I have never seen any festival that has had such an impact city-wide, nationally and internationally. Undoubtedly this surpassed all our expectations. We have been working closely with Derry City Council over the past two years to raise the international profile of the city since the Clipper Race announcement.” 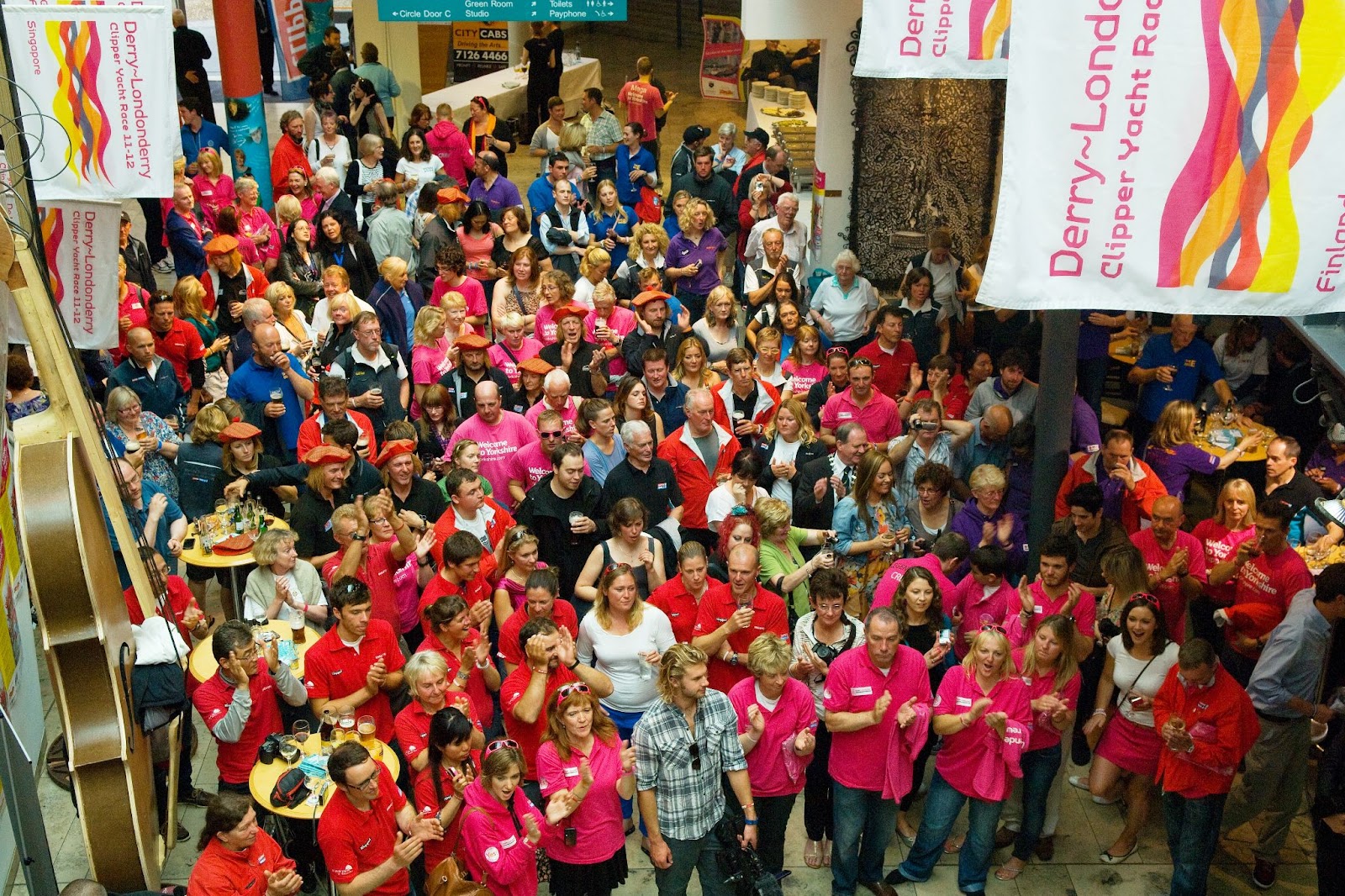 Image: The Clipper 2011-12 Race in Derry~Londonderry

Subsequent race editions saw early success continue to build. The Foyle Maritime Festival, which began in 2014 and wraps around the Clipper Race stopover, has become one of the city’s major events. The 2016 Derry~Londonderry Clipper Race stopover resulted in a £3.5 million boost to the economy and during the 2018 stopover, hotel occupancy peaked at 97% - the highest level ever recorded in the city - with a record 211,000 visitors drawn to the city.

Commercial and economic successes aside, the Clipper Race and Derry~Londonderry partnership has created opportunities and ignited civic pride in the region.

The ‘Your Next Chapter’ bursary scheme by Derry City and Strabane District Council was introduced ahead of the 2015-16 edition, funding a crew place on each leg of the global race route for those who were unemployed, participating in an employability programme, or in receipt of benefits. The crew places went to Jilly St John, Keelin O’Kane, David Pollock and Conor Shortland.

Talking about the impact the Clipper Race had on her life, Jilly St John, who now works for the Clipper Race as Crew Recruitment Coordinator, said: “The ‘Your Next Chapter’ bursary was life changing for me in many respects. Having come across the race in the city during the 2013-14 edition, in the midst of a fairly acute eating disorder, I stepped on board during a rainy Monday morning out of nothing more than curiosity and spoke with some of the Race Crew and I remember distinctly telling them ‘I’m going to do this.’ Somehow I knew… but had no idea how, but I went about my recovery in a kind of subconscious preparation. 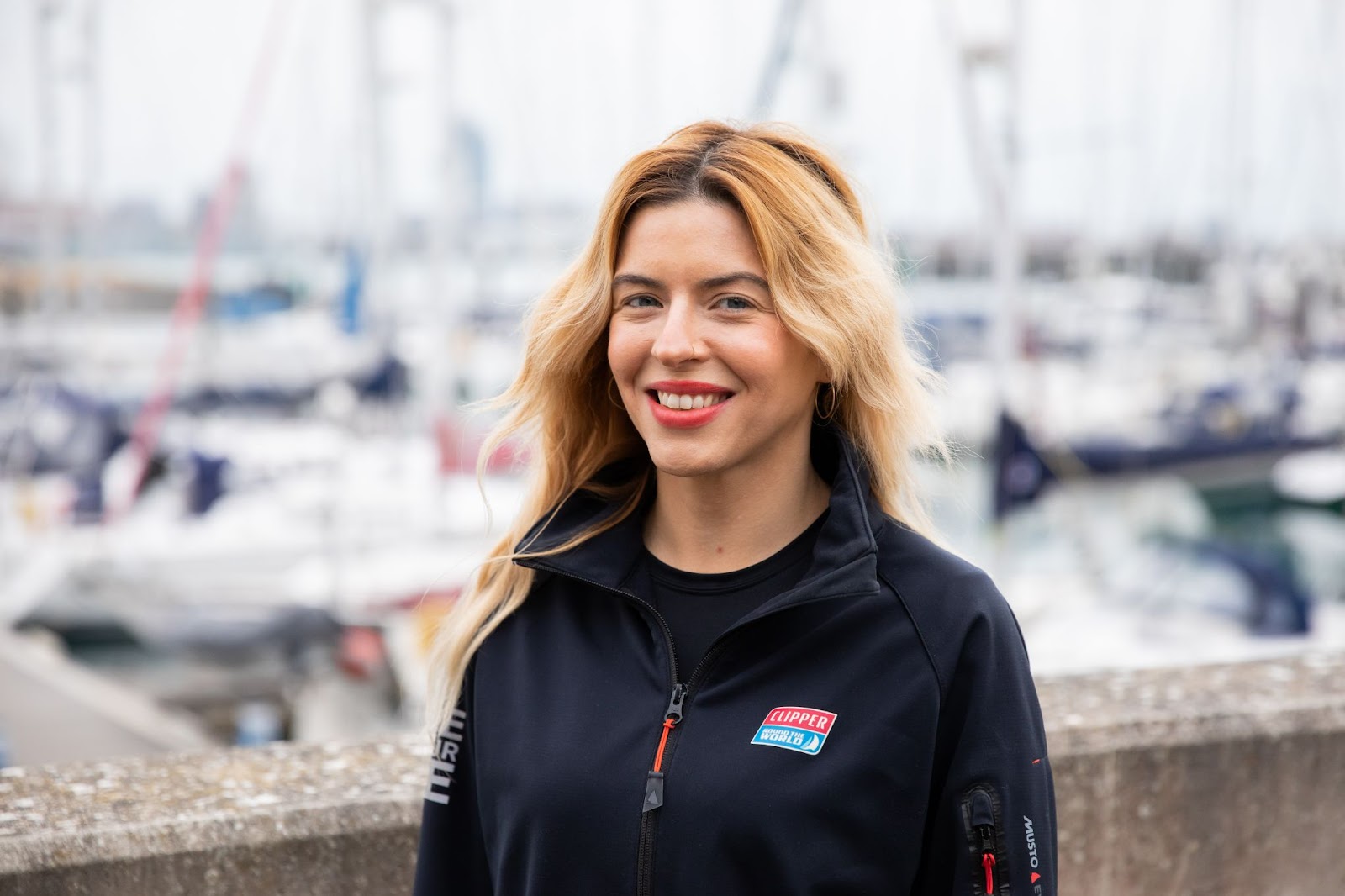 “Taking part in the race delved me further into my mental, physical and emotional recovery with the challenges it brought. It took me to places I’d only ever dreamed of visiting, taught me strength in all respects and tested all of it! Ultimately I chose to continue on the path it opened for me without knowing where it would lead. I left music and home behind and went out into the world to cut my teeth in the industry, the lessons of which I still use today and even on occasion pass on when out on the water through my now permanent role with the Clipper Race! I’ve been working with the company now for four years this summer and I couldn’t be prouder.”

Shane Brunker and Danny Bryce were selected as recipients of the Clipper Race’s ‘Voice of the Community’ scheme for the same race year, representing the community sector on board the Derry~Londonderry~Doire yacht.

In 2018, Derry City and Strabane District Council launched a new partnership with fellow Clipper Race Partner, Unicef UK, and was announced as the first ‘Child Friendly Community’ in Northern Ireland.

Talking in 2016 and reflecting on 2013, SDLP's Martin Reilly said: “People view us differently; they now see Derry as a place to come and see. In the past, people may not have believed they would be safe coming to Derry.

“I think we also view ourselves differently; the city has a greater sense of civic pride. There has been the development of a sense of belief in Derry's ability to host large scale events like the Fleadh, MTV and BBC One’s Big Weekend. The Hallowe'en carnival is better than in the past; the Clipper Race festival has come back again and again.”

Not forgetting successes on the water, during the Clipper 2013-14 Race, Sean McCarter was the first Derry~Londonderry local to become a Race Skipper, flying the flag for his hometown as he led the Derry~Londonderry~Doire team, 40,000 nautical miles around the world. 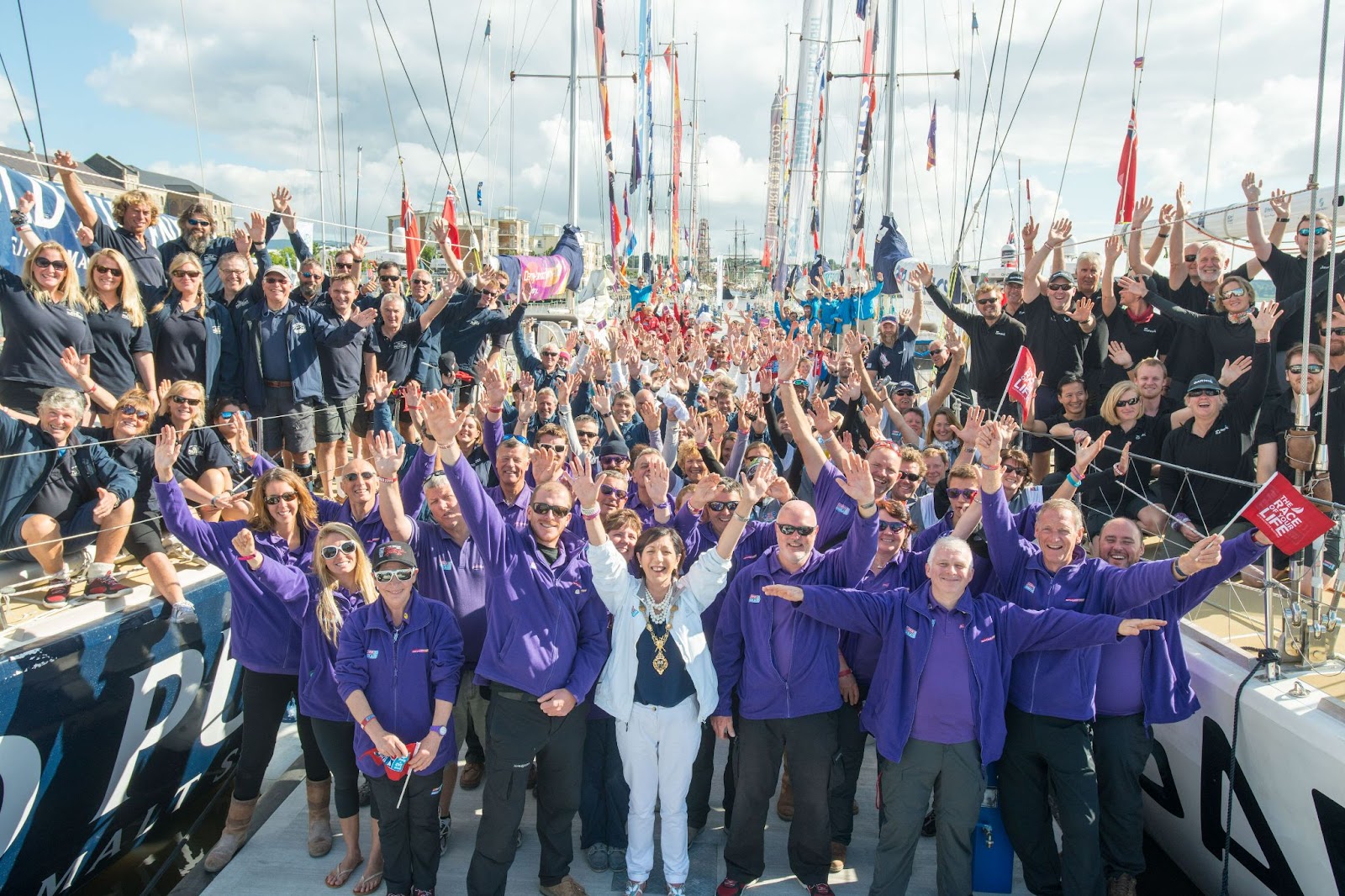 The 2015-16 edition Derry~Londonderry~Doire team, skippered by Dan Smith, clinched second place on the overall Clipper 2015-16 Race leaderboard, putting the city at the forefront of press coverage and the attention of the world stage. In the 2017-18 race, Conall Morrison, another Derry~Londonderry local, was Skipper on board HotelPlanner.com racing alongside the youngest female circumnavigator on the race, Roseann McGlinchey. 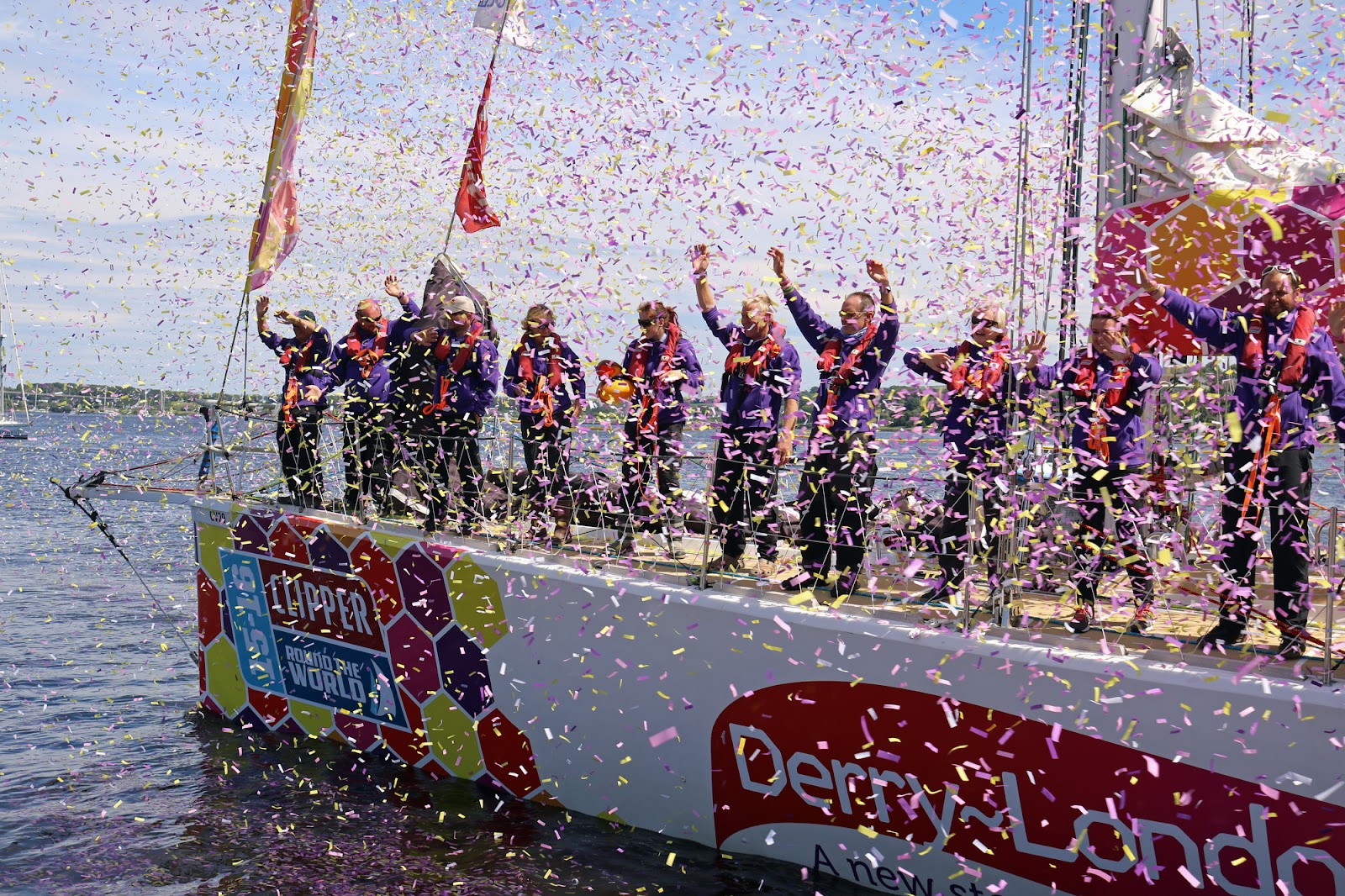 Now in its tenth year, the partnership continues to thrive through creative, innovative and meaningful activation and collaborations. Speaking at the start of the 2022 Foyle Maritime Festival, William Ward OBE, CEO of Clipper Ventures said: “The Clipper Race is incredibly proud to be celebrating this important milestone of ten years of partnership with Derry City and Strabane District Council.

“For us, this legacy with the city demonstrates the depth of the Clipper Race partnership platform, showcasing how a partnership can evolve and respond to a wide range of objectives. The holistic nature of this venture has delivered significant local economic impact, evoked civic pride and rejuvenated a waterfront. It has also provided social and personal development opportunities through a bursary ambassador programme and put Derry~Londonderry businesses on the map with international trade delegations around the world.

“The award winning Foyle Maritime Festival has grown year-on-year and become its own phenomena with the Clipper Race fleet as the focal point. It is a stopover that is highly anticipated by crew, supporters and staff, and it’s amazing to see more and more visitors coming to experience it each race year.” 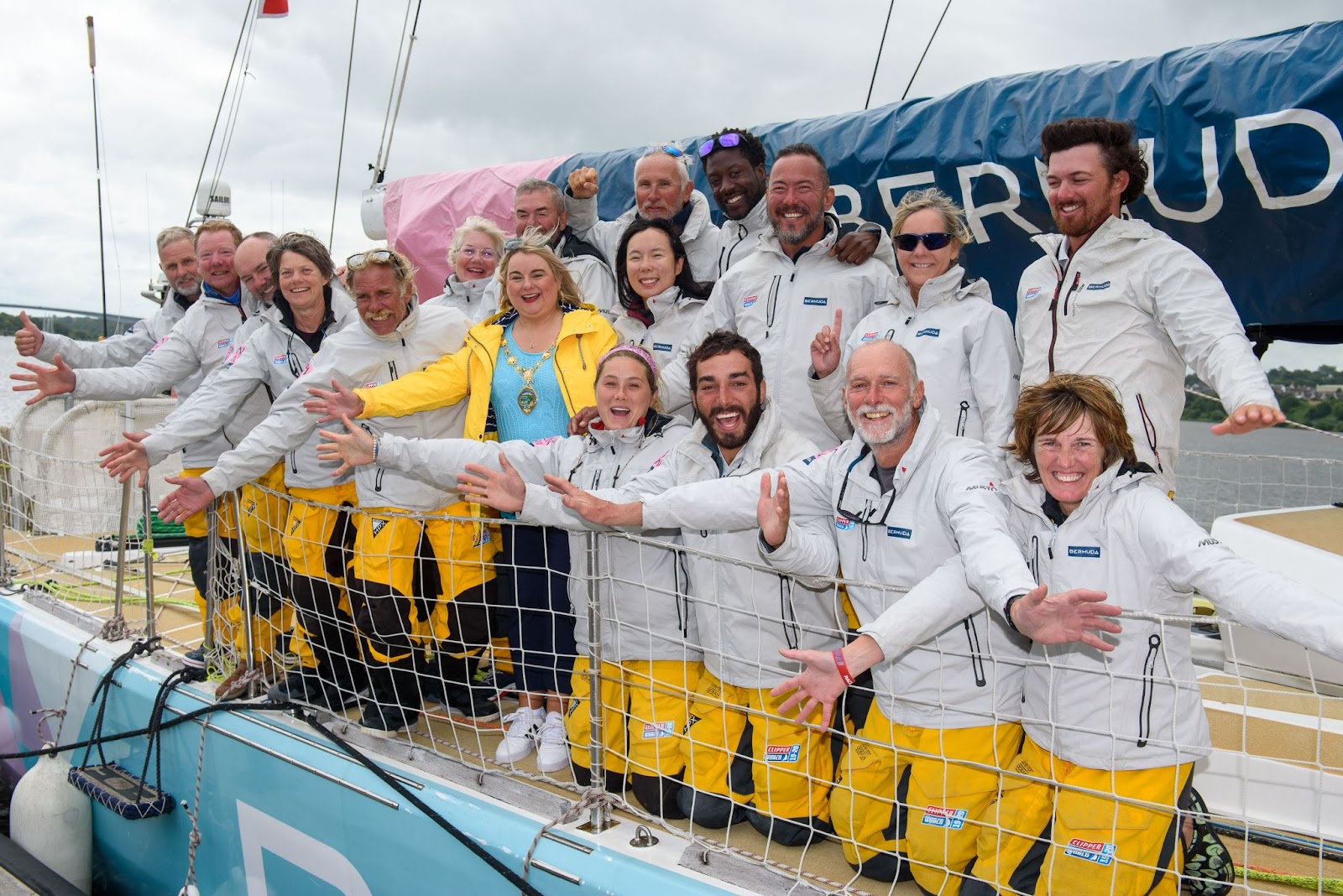 Looking back on the past ten years, Head of Culture with Derry City and Strabane District Council, Aeidin McCarter said: "When the city first featured as a host port in 2012, 120,000 people turned out for the inaugural Maritime festivities. In 2018, the footfall for the Foyle Maritime Festival almost doubled and that huge level of interest is in no small part due to the international draw of the Clipper Race. It has been amazing in terms of enhancing the profile of the city on a global platform, and it has been well worth the investment with regards to the positive media coverage of the city as an exciting and vibrant tourism destination reaching new international audiences.

"We have enjoyed an extremely positive relationship with the Clipper Race over the past ten years, and I think Derry has become a firm favourite with both the crew and the Clipper Race team among the stopover destinations. This is thanks to the warmth of the hospitality and the fantastic array of activities and entertainment during the Foyle Maritime Festival. We're looking forward to marking the 10 year anniversary with an unforgettable celebration this year." 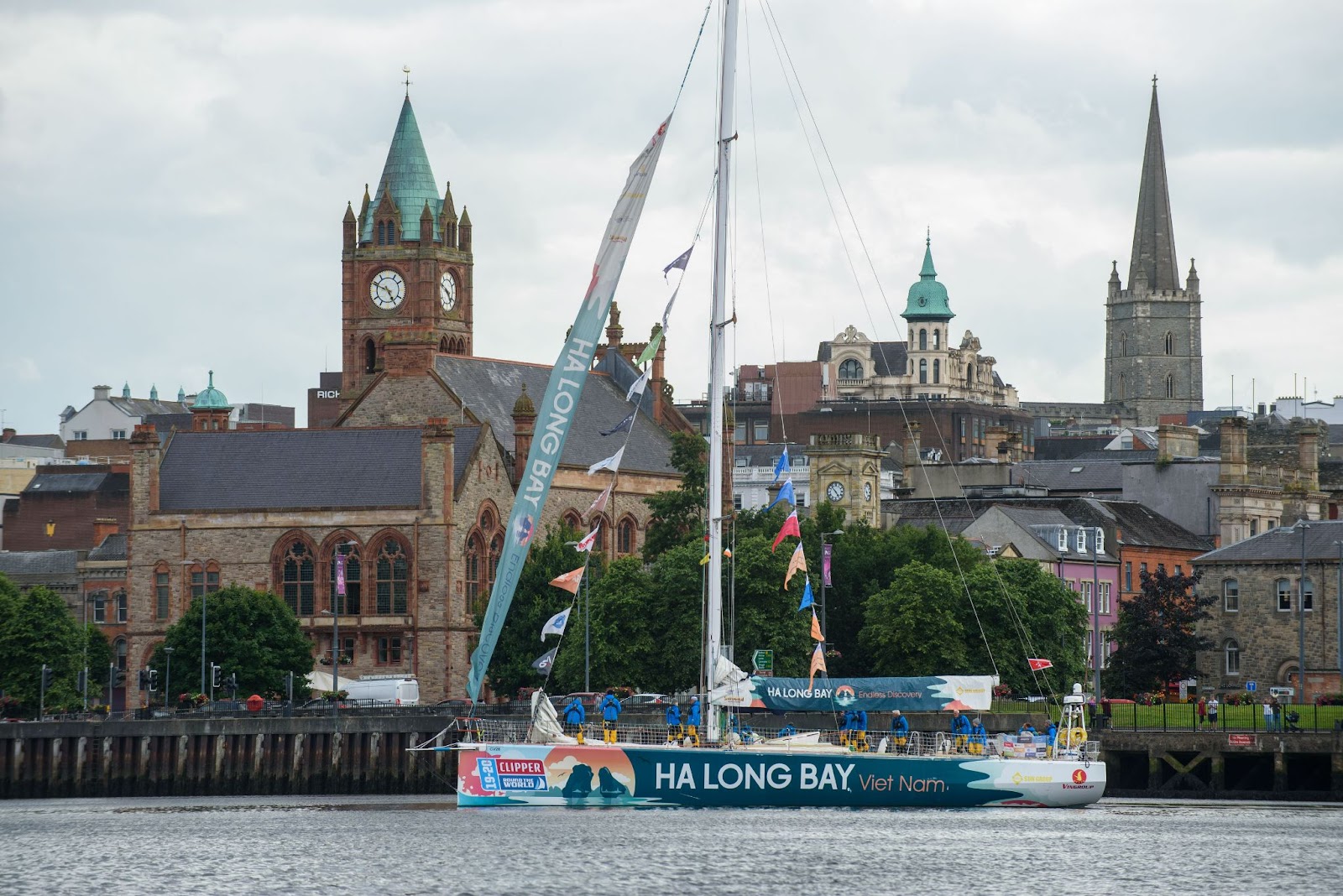 Looking to the future, in addition to the legendary festivities, the partnership is developing a focus on STEM with a supporting educational programme to highlight marine sciences.

The Clipper Race fleet is in Derry~Londonderry until 24 July. Following the festivities of the Foyle Maritime Festival, the teams will depart the marina to embark on the final race of the 2019-20 edition - a short but tactical sprint back to London, where the adventure began in 2019. The race is expected to take around five days, with the fleet then arriving in London’s Royal Docks on 30 July for the finale celebrations, and to crown the Clipper 2019-20 Race champion.