For Clipper Race Partner Qingdao, the jubilant celebrations following its team winning the Clipper 2019-20 Race continue with the 14th Qingdao International Sailing Week 2022 Qingdao International Marine Festival. The week-long festival is set to focus on improving the integrated power and development energy of the ‘Sailing City,’ through activities and cultural events.

What’s more, following its team’s successful race campaign, Qingdao has made a step towards returning as both a Host Port and Team Partner for the next two editions of the Clipper Round the World Yacht Race. At a ceremony to launch its high profile sailing festival, the Qingdao Organising Committee signed a Memorandum of Understanding (MOU). The goal of this MOU is to work towards continuing its long-standing partnership with the Clipper Race and once again have a team yacht entry and feature as a stopover location ahead of the Mighty Pacific Leg on the next two editions of the Clipper Race in 2023-24 and 2025-26. 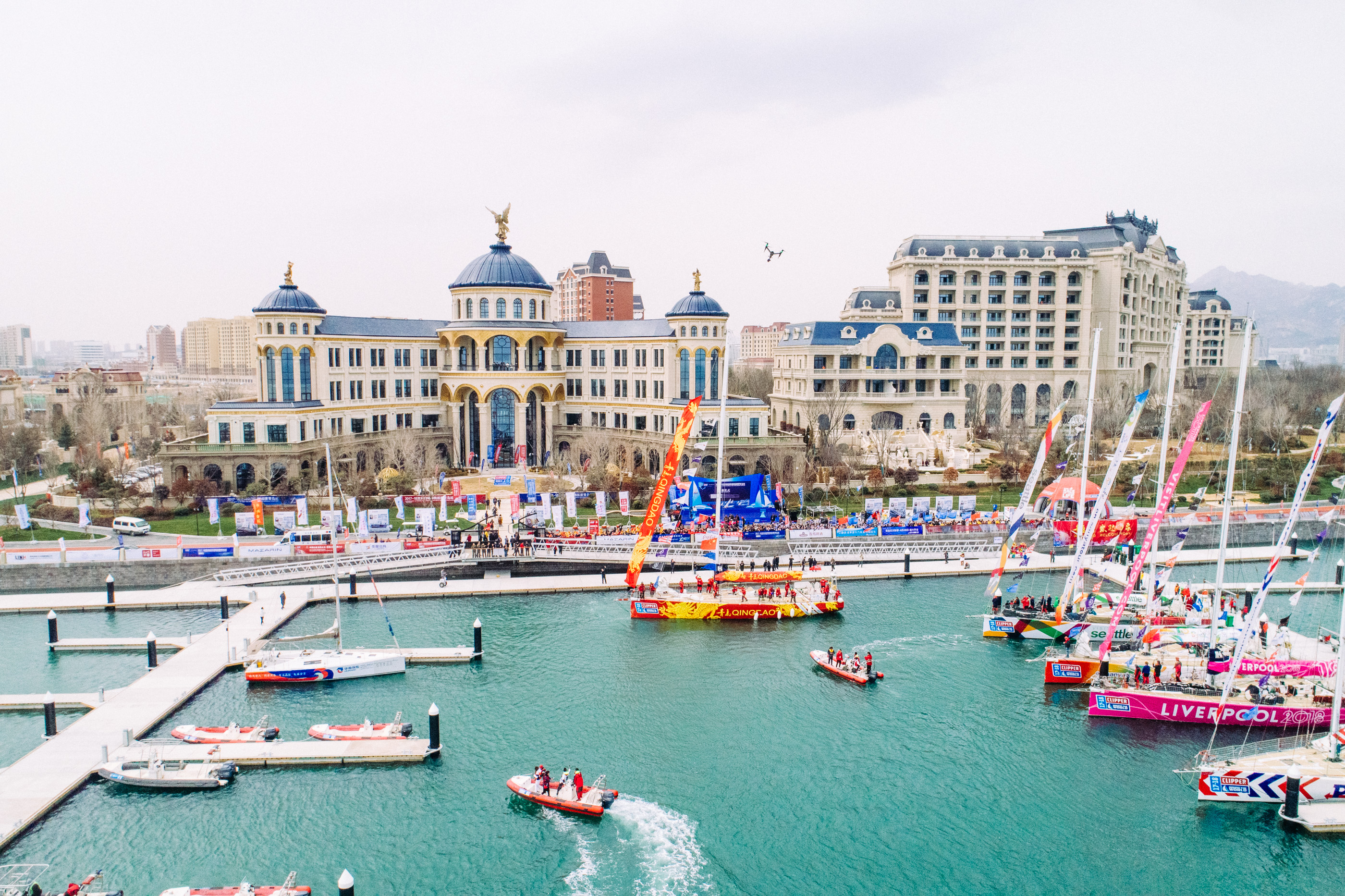 Image: Clipper Race fleet in Qingdao during the Clipper 2017-18 Race

Over the course of the partnership with the Clipper Race, the Qingdao team has won two consecutive podium positions. Firstly in the Clipper 2017-2018 Race where its Skipper Chris Kobusch led his crew to third place. And then in the recently concluded 2019-20 edition, Skipper Chris Brooks and his Race Crew became overall winners, celebrating this win in London’s Royal Docks. Last weekend on 30 July, the Qingdao team were crowned winners of the Clipper 2019-20 Race, with the trophy presented by the Chinese Ambassador His Excellency Ambassador Zheng, with a congratulatory video message from Madam Zang Aimin, Executive Vice President of Qingdao Olympic Sailing City Development Association, Vice President of Qingdao Major International Sailing Events (Festivals) Organizing Committee, Mr. Che Jinghua, Director General of Qingdao Municipal Sports Bureau, Secretary General of Qingdao Organizing Committee and other related leaders and groups. 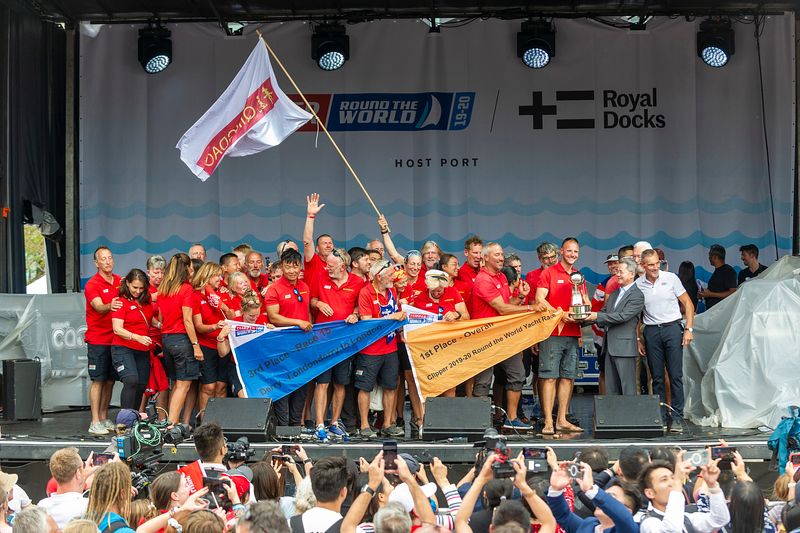 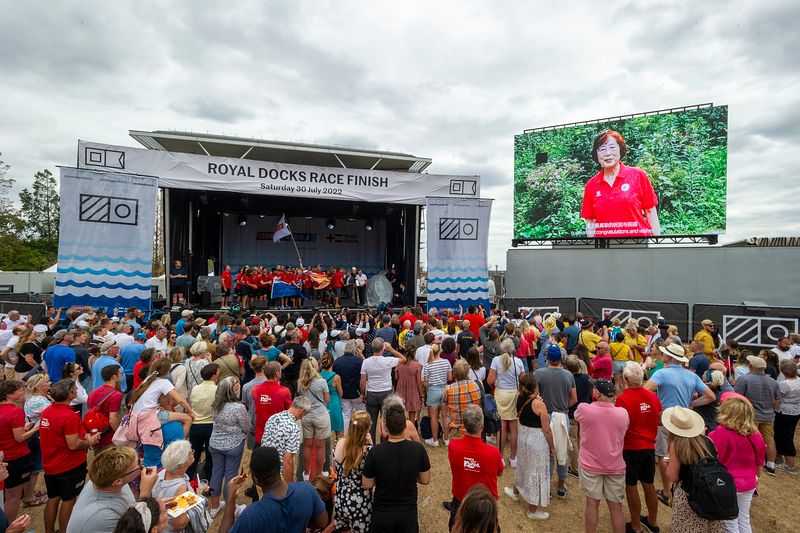 The sailing city in China has an outstanding legacy with the Clipper Race, having first sponsored the event in 2005. Qingdao used the event as a focal point for building its credentials to host the Beijing 2008 Olympic sailing events, and to create a powerful legacy as China and Asia’s leading location for international sailing competitions. Over the past 18 years, the Clipper Race has brought thousands of crew, tourists, VIPs and business delegates to the region, boosting not only tourism, but developing trade and providing a strong economic impact and amplifying the global profile of Qingdao. 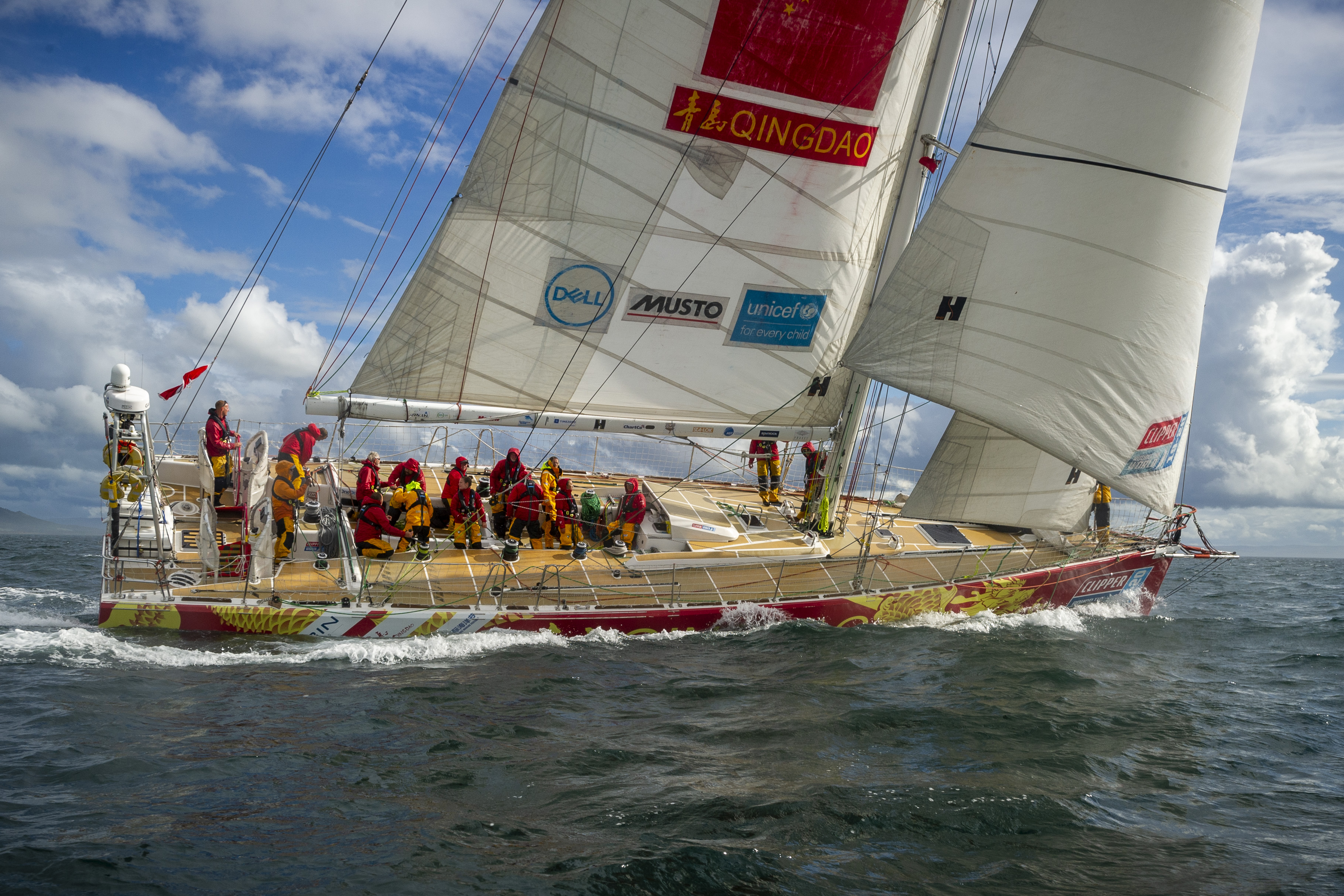 CEO of Clipper Ventures, William Ward OBE, said: “I’d like to take this opportunity to congratulate Qingdao on staging the 14th Qingdao International Sailing Week 2022 Qingdao International Marine Festival. Sadly we are unable to visit on this occasion, but we wish it the greatest success.

“It was a fantastic moment to see the Qingdao team celebrate the success of its race campaign last weekend in the company of crew, supporters and the Chinese Ambassador His Excellency Ambassador Zheng at London’s Royal Docks. Sadly we were unable to visit the city of Qingdao in the most recent edition, however it is clear that the team carried the spirit and pride of the city throughout the challenges that this race brought.

“As our longest standing partner of the race, we are proud that Qingdao so clearly recognise the importance of a strong partnership and legacy, and the countless benefits that this brings to the region, from tourism, business and sporting perspectives. We continue to work closely with our longest serving partner, and I hope it won’t be too long before we visit our friends in the Sailing City.”

The Qingdao Organizing Committee said: “Qingdao and the Clipper Race have been cooperating for eight editions in 18 years. Before moving to the new cooperation term, the Clipper Race has selected and presented the exciting moments of Qingdao Yacht and the Qingdao stopover over the years. These moments are the symbol of the sincere cooperation between the two parties. Hereby, Qingdao Major International Sailing Events (Festivals) Organizing Committee Office would like to express our heartfelt thanks to you. The Clipper Round the World Yacht Race has not only provided an international platform for the sailing sport development of Qingdao, but also witnessed the growth of Qingdao’s international influence as a Sailing City. It has been a win-win cooperation. We are looking forward to further cooperation in the future.”