Seattle and Imagine your Korea motored into Flamenco Island Marina in the afternoon of Monday 30 June (local time), with their fellow competitors and Clipper Race staff ready to greet them on the pontoon.Seattle, placing tenth and gaining two points, motored into the marina to warm smiles and cold beers. David Hartshorn, Skipper, recounted the experience, starting with leaving the boat’s home port of Seattle a month ago: “Leaving our Host Port Seattle was absolutely fantastic. It was emotional - we had such a welcome and were so well looked after out there. The departure out through Puget Sound and to the Pacific is just mind-blowingly beautiful! The wind kicked in, and straight away we were into some very fast, hard, downwind sailing. We were in the top four for the first 24-26 hours, which was awesome, but sadly it went a bit wrong with some kitemares!” 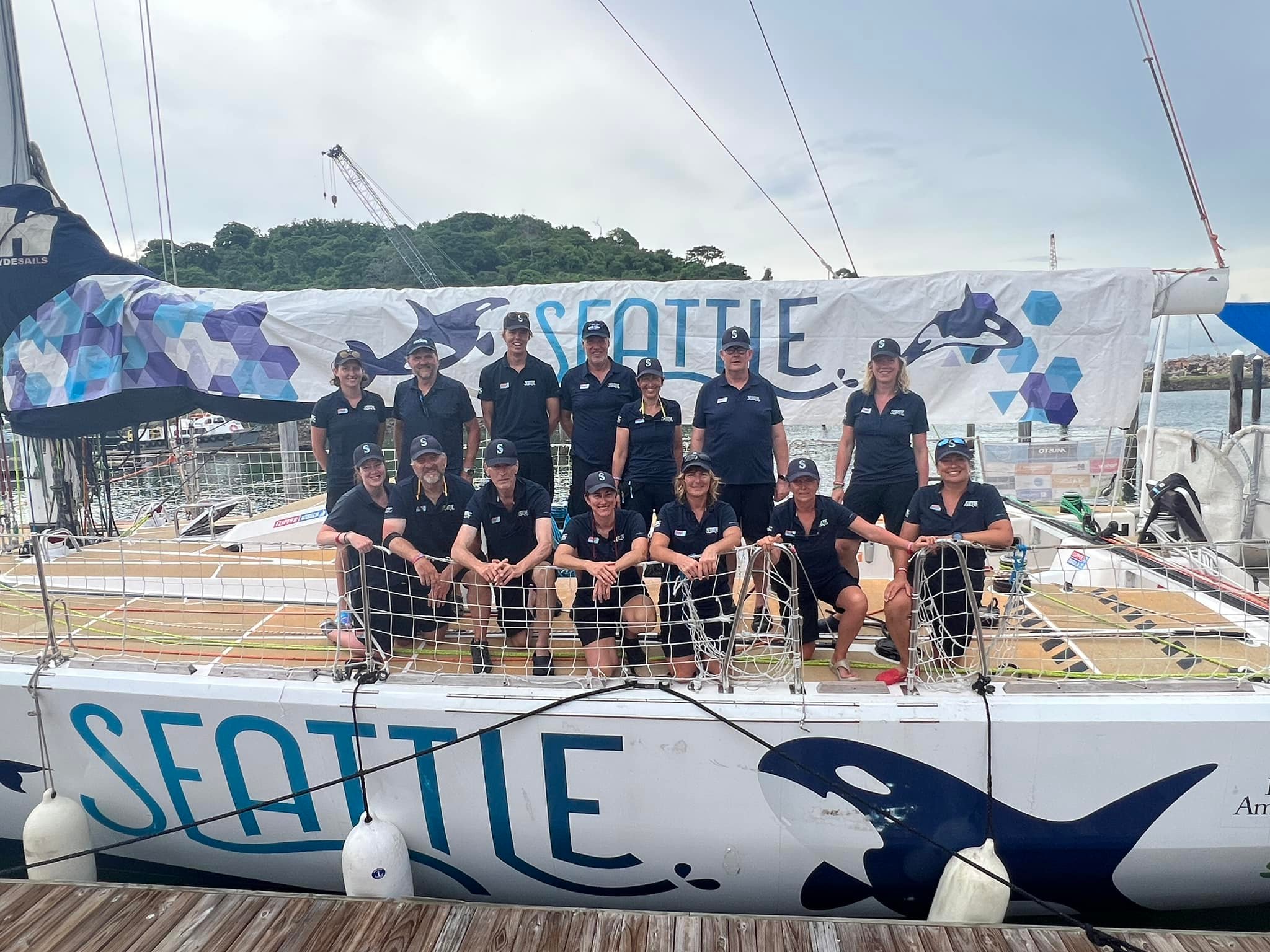 He continues: “Having got south of San Francisco, you get the hot weather and light breezes, with a lot of very different kite work. Each leg of this race has its own challenges, and the crew have dealt with the challenges in this race amazingly well. We didn’t get the result we hoped for, but there was such a great work ethic and team spirit on the boat, the crew worked really hard to get here.”

Talking about the wildlife and weather, Dave continued: “We had whales, turtles, dolphins and amazing electrical storms!” With the Seattle stopover theme and yacht mantra being ‘The Oceans are our Future’, the team has been logging the ocean litter they’ve seen in a ‘rubbish log’ on each race. Talking about this, Dave comments: “It’s very interesting, as we saw virtually no ocean litter until we got around 120 miles from Panama, and suddenly we started to see a lot. Today, we probably saw more than what we saw in our first two weeks of sailing, so that’s really interesting.”

Imagine your Korea also arrived to a warm welcome. The yacht finished 11th in this race, picking up one point. Skipper Rob Graham gave us a run down of the race: “We had a great Le Mans start, we got into a decent position and got the spinnaker up, sadly that exploded in the first night so we lost a bit of speed, and it’s been one wind hole after another since then! 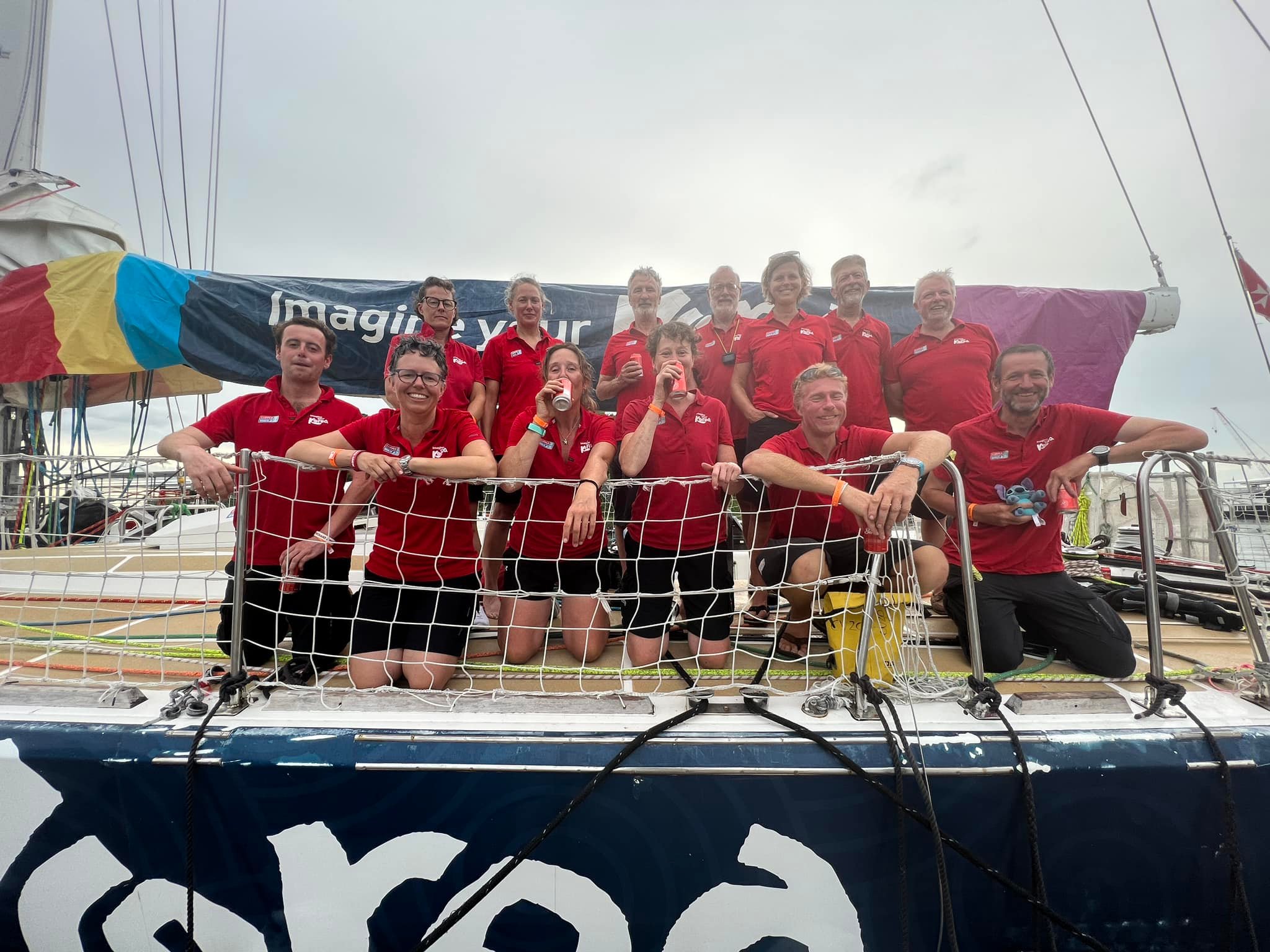 “James aka ‘Stitch’ has been very busy in the kite surgery, putting our spinnakers back together quickly, so we had our spinnakers when we needed them. It was a great race for the new crew on Leg 7. It was a fairly windy introduction, and then as conditions got easier, we had some great training and the new crew really fitted in well with the existing team on board.”

When asked about the wildlife spotted, Rob answered: “The wildlife box got ticked for everyone! Whales, dolphins, turtles and the big rays jumping out of the water were a highlight for everybody.”

Imagine your Korea and Seattle have begun their transit of the Panama Canal along with Visit Sanya, China, Zhuhai and Dare to Lead. Having transited the canal previously, Rob said ahead of the transit: “I think everyone is really looking forward to it! We’ll be squeezing into some huge locks with enormous ships, and it will be a great experience for everyone to see how it works, and be a part of it.”

Qingdao has now arrived in Panama, and will transit the Panama Canal on Thursday 2 June. Click here for the next few days’ timings.