Today, BBC Radio 2’s Jeremy Vine Show hosted Sir Robin Knox-Johnston for the series named 'What Makes us Human'. Sir Robin delivered his thoughts on the essence of human existence, reflecting on his life, a large portion of which has been spent at sea. 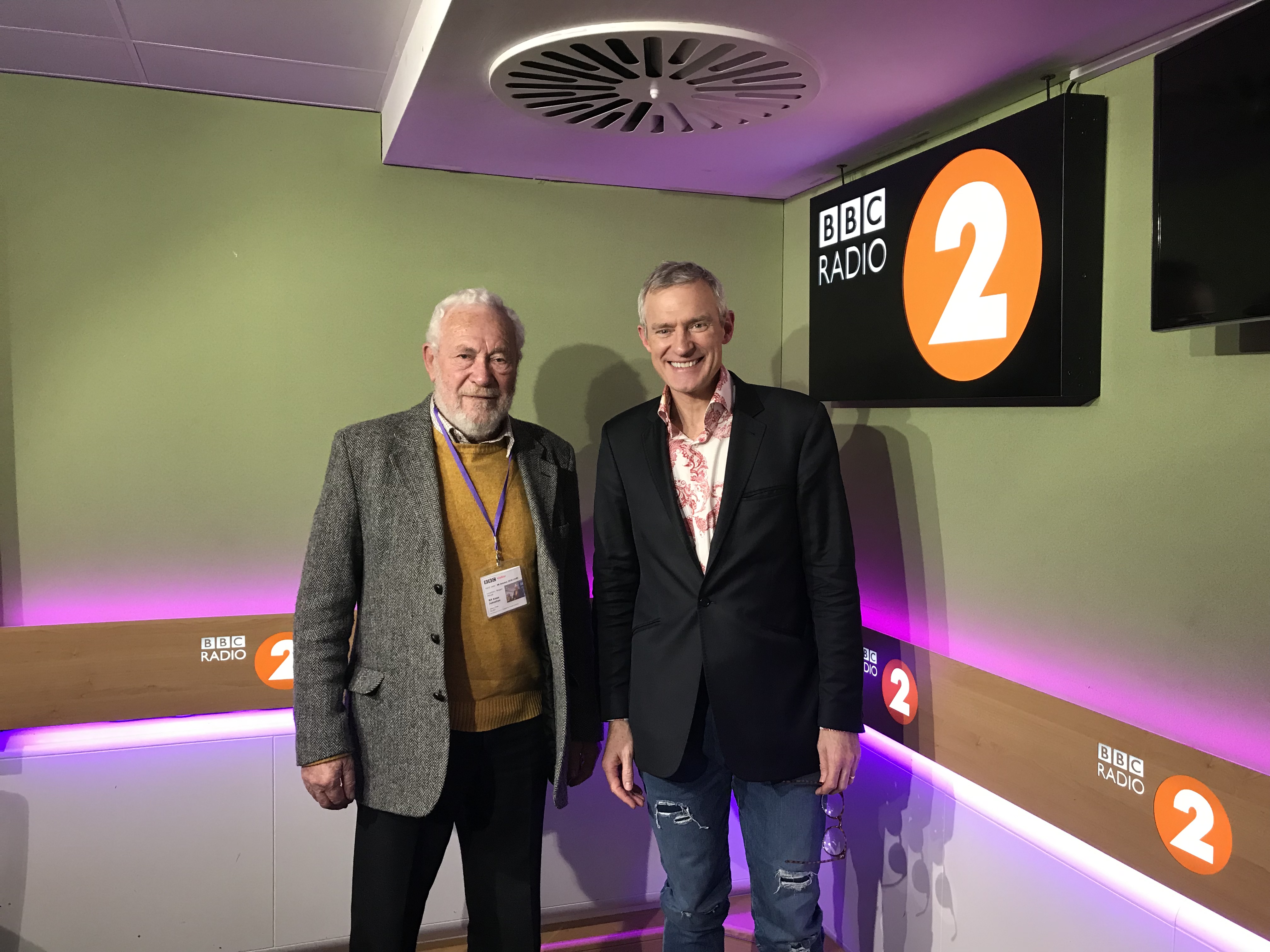 Sir Robin was the first person to sail single handed and non-stop around the world between 14 June 1968 and 22 April 1969. Adventure has always been part of Sir Robin’s life and something he believes everyone should have the opportunity to explore. A concept in which the Clipper Race was born from. 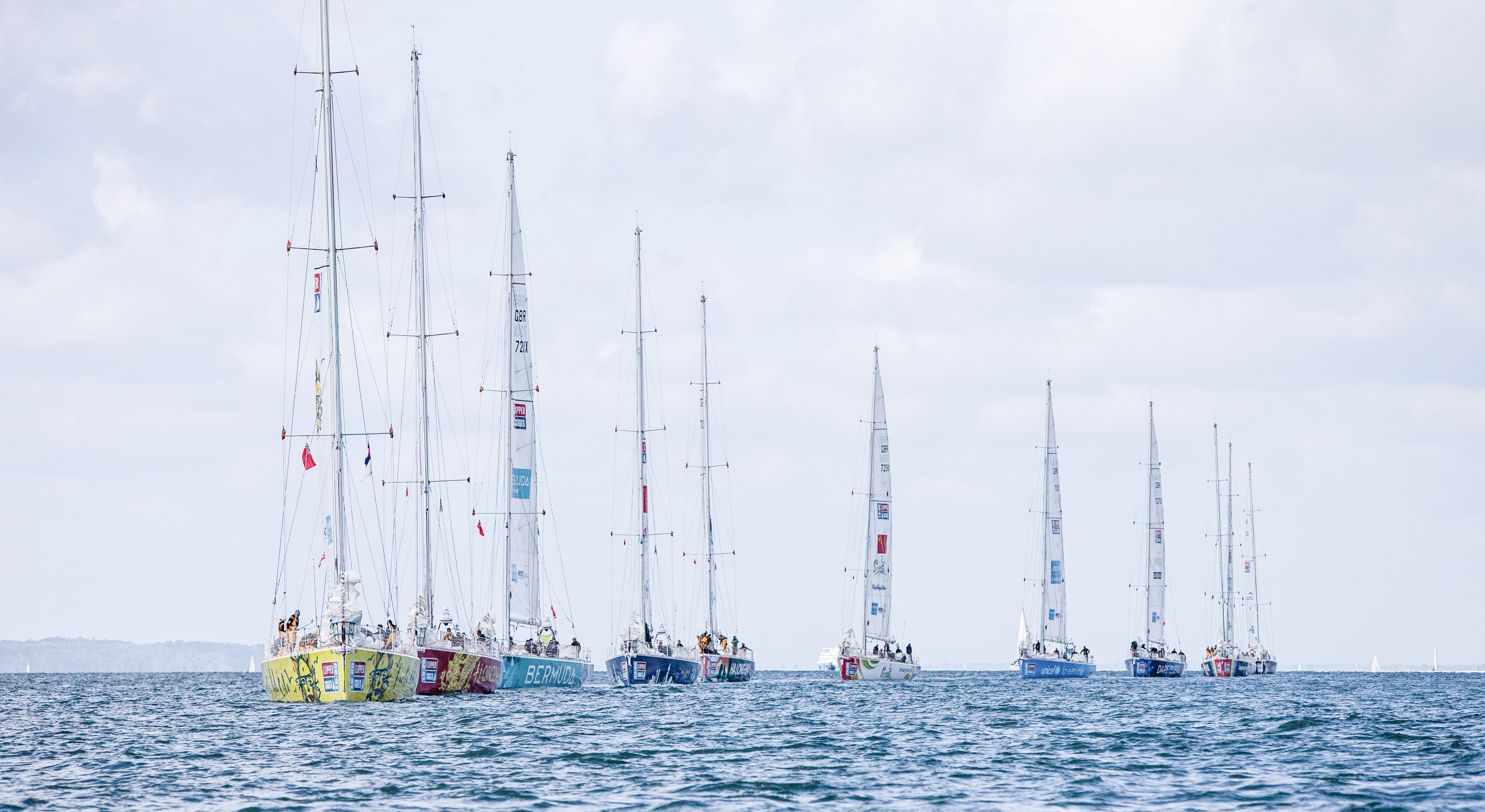 This is the essay he read on the Jeremy Vine Show today. Listen to the podcast in full here.

What makes us human…is adventure

Crashing through the waves in the middle of an ocean, with the nearest other human an astronaut way up high in the International Space Station, you begin to wonder what your place is on this planet.

You have been surfing waves that have been building behind you, one after another for hours, some as tall as an eight storey building. The water is a dark and menacing green and the wind is howling. Majestic white horses are crashing towards you at 25 mph as the water breaks and the thunder of their hooves pummel the deck. This is Mother Nature in the raw and you are feeling her fury.

I have never felt more human than when I’m ocean racing. The elements and surroundings eschew a need for the paraphernalia of modern day living. Your daily wants and needs are stripped back to the core. Simple pleasures of fuel, shelter and companionship are what matters to you in the moment. Though your long game is driven by the thirst for adventure. 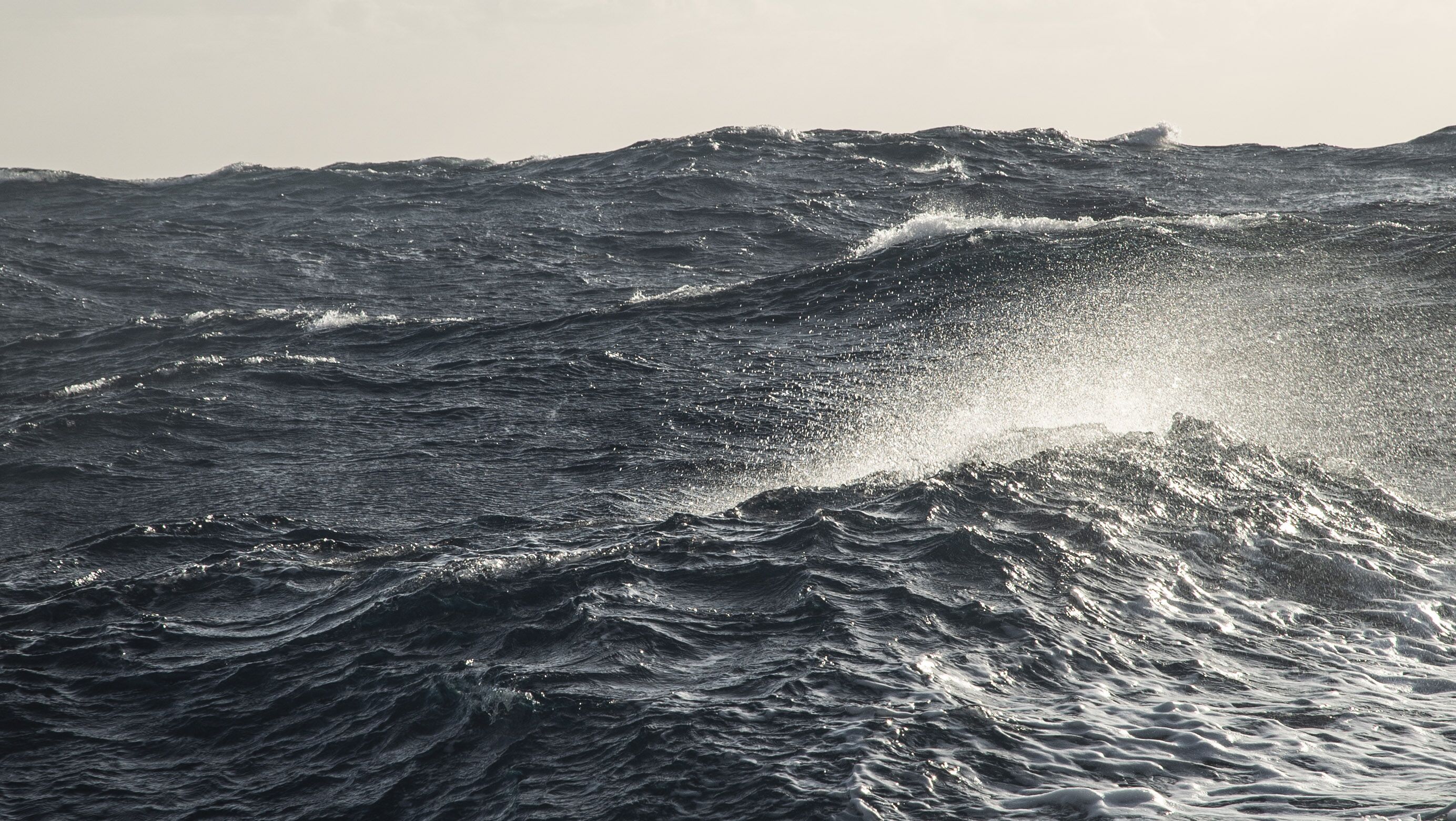 Adventure is to survive an ocean crossing, not only in a geographical sense, but also to accept everything that the experience brings with it, whether it be doubt in one’s ability, isolation, extreme temperature or physical exertion. When you are in the midst of a storm, you aren’t thinking ‘this is amazing’, but later in a moment of calm, you’ll reflect in a different way.

When I set off to sail around the world just over 50 years ago, it wasn’t to be the best, or for fame and fortune. My drive was to push the boundaries of possibility and also my own limits. This is what adventure is to me. No one knew if sailing around the world non-stop was humanly possible. However, someone has to be first, so why couldn’t it be me. And that feeling of accomplishment in setting out and achieving the impossible is what has spurred me on in life since. 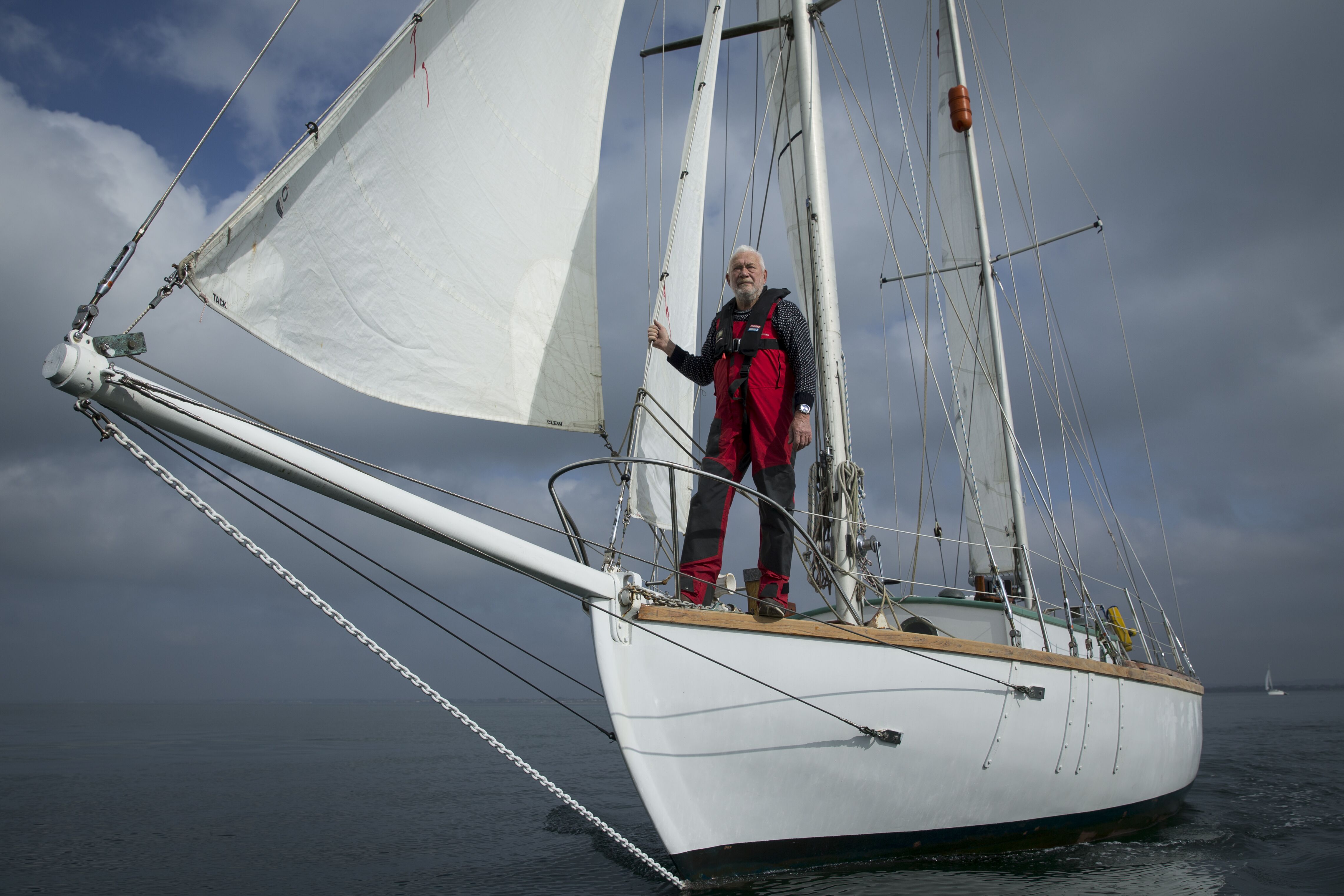 IMAGE: Sir Robin on board Suhaili

Overcoming the impossible doesn’t have to be something written into the record books. It can be discovering your own personal frontiers. To step out of normal life and its familiarity. I founded the Clipper Round the World Yacht Race because I wanted everyday people to feel what I had. Accomplishment isn’t a certificate, plaudits or anything tangible. Accomplishment is the feeling of personal pride and self-belief that makes you stand taller each day.

All of this, however, needs to be earned. The ocean will do its best to show you your insignificance amongst its might. Your physical and mental strength must find a fortitude to cope with the constant ebb and flow of the sea. The weather does not care if you are tired or seasick and will throw hail and even hurricanes at you, when you thought you couldn’t feel more broken. Then the clouds will break, the promise of some sunshine beckons and maybe a wandering albatross will soar overhead. Your back will straighten, and you’ll think, this is what I came here for. 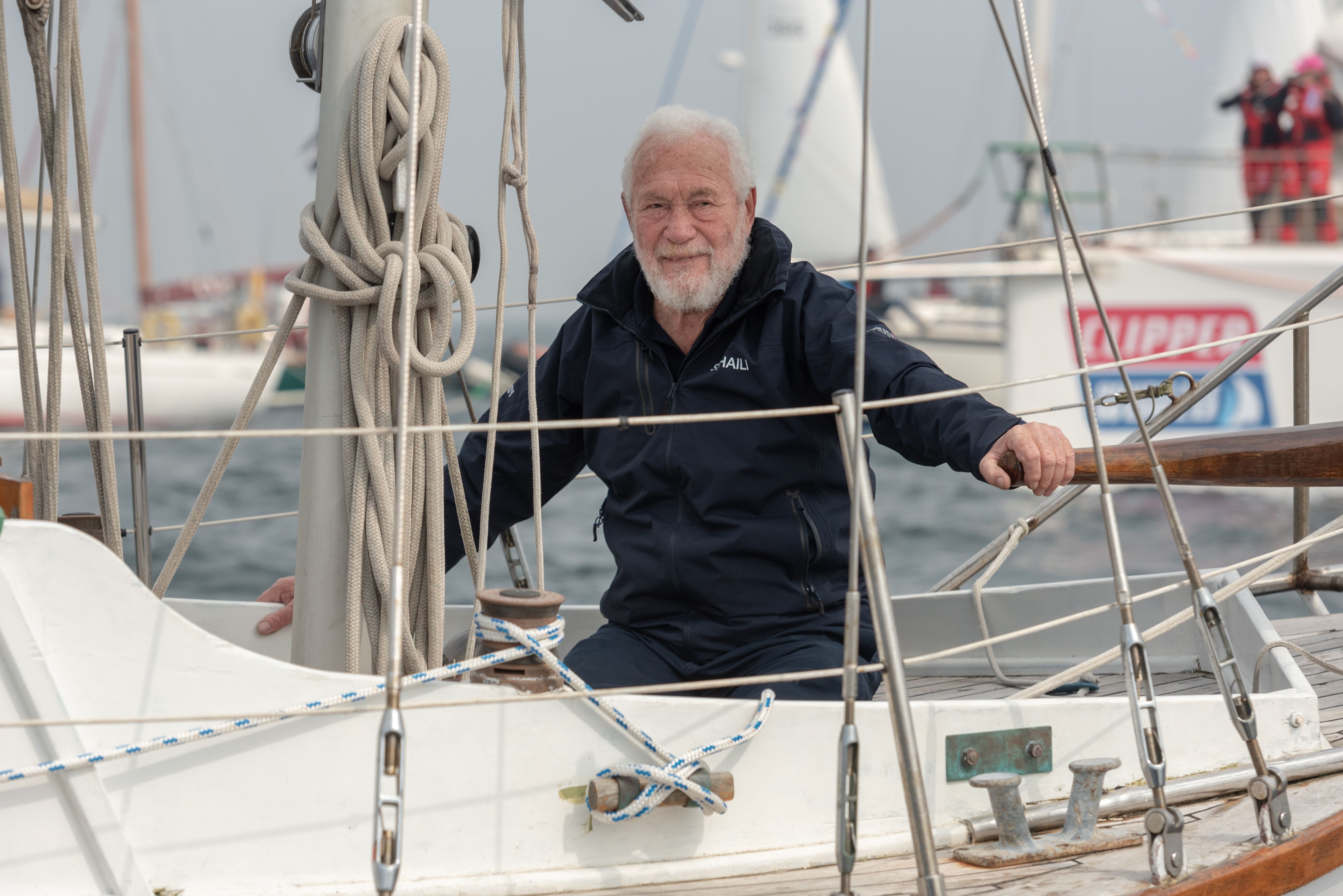 Do you have the taste for adventure? Sign up to find out more with on how to satisfy your adventurous side, or, discover you have one with the Clipper Race. Sir Robin made history; this could be the start of writing your own history. 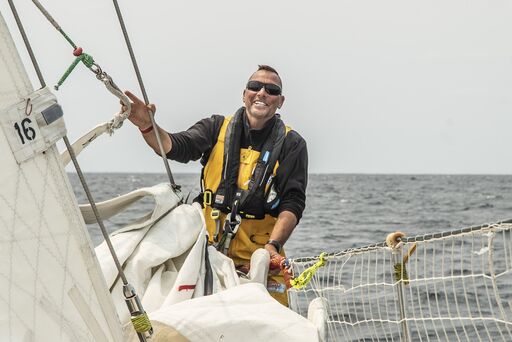