Today we are pleased to announce that Sta-Lok will debut as the first Official Standing Rigging Partner for the 2017-18 edition race.

The highly accredited manufacturer supplies everything from wire rope fittings and rigging hardware through to hand tools and swaging machines, and is renowned for its quality marine products, found on board dinghies and blue water cruisers, right up to high performance ocean racers.

Its construction hardware can also be found in recognisable buildings around the world such as the iconic Bullring Birmingham, UK and the Court House in Kuwait.

“Our fleet of twelve 70 foot ocean racers are put to the ultimate test during their circumnavigation so it is essential their rigging can stand up to the challenge,” says race chairman, Sir Robin Knox-Johnston.

“With more than 40 years’ experience providing rigging hardware, we are very pleased to welcome Sta-Lok as our first Official Standing Rigging Partner. We look forward to working with the Sta-Lok team over the next year as we prepare to embark on our eleventh circumnavigation in the Clipper 2017-18 Race,” he adds.

With a strong heritage as one of the leading hardware manufacturers in the UK, Sta-Lok has a network of distributers across Canada, USA, Australia and the Mediterranean, and will use the global reach of the race to expand relationships in ports of call the fleet will visit during its eleven-month long adventure.

Speaking of the new partnership, Terry Barfield, Managing Director of Sta-Lok, said: “The Clipper Race is a unique and very high profile global challenge, which myself and the entire Sta-Lok team are very proud to come on board to support as its first Official Standard Rigging Partner.

“We look forward to working with Sir Robin and the Clipper Race staff and teams, and we await the 2017-18 race campaign with great anticipation.”

The Clipper 70 fleet is currently in the process of its refit in preparation for the next race edition, where each yacht will be lifted and masts re-stepped with Sta-Lok rigging. A total of 2,784 parts from across 10 Sta-Lok products will be fitted across the fleet. 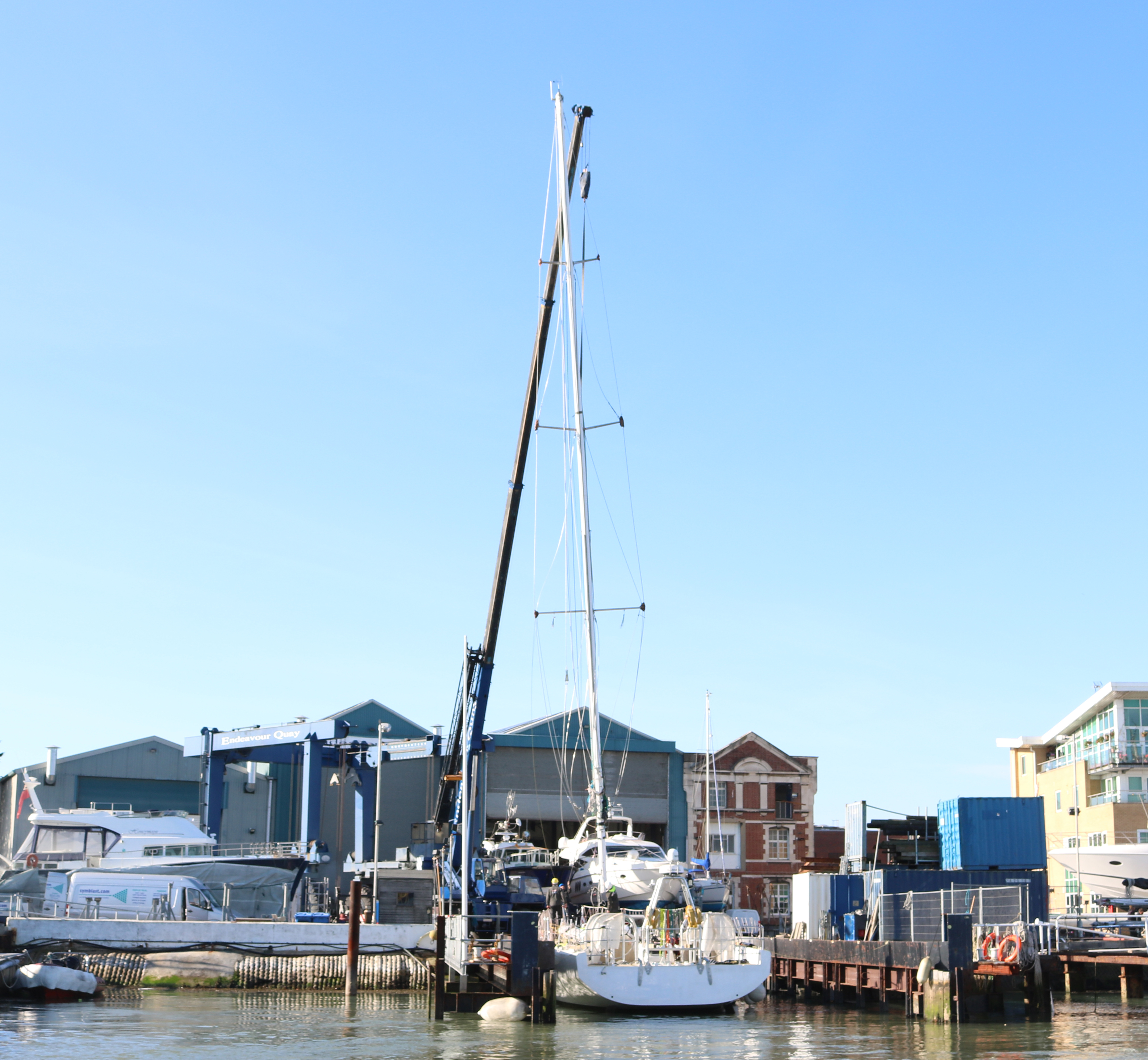 Mast stepping of a Clipper 70

Sta-Lok is currently exhibiting at METSTRADE, the world’s largest trade show for boats and marine equipment in Amsterdam until 17 November. For more information visit stand: 03.217 or www.stalok.com

Watch this space for a behind the scenes look at what it takes to rig the world’s largest fleet of ocean racers, when we catch up with Clipper Race Fleet Riggers, Greg North and Alex Dower.

Today we are pleased to announce that Coppercoat will be the Official Antifoul Supplier for the 2017-18 race.This is the…