Pin Image
Home / News / Take Me All Around The World

Halfway around the world

Back in the day, if you went to the cinema halfway through the film, the lights would come on and it would be time for the interval.

The Clipper Race has now reached its own halfway point, so it’s time to sit back, relax (maybe grab an ice cream or some popcorn) and savour what has been an epic first half of the race so far.

Each team, led by a professional Skipper and an AQP, is crewed by everyday people, from all walks of life and representing 43 different nationalities. Of the 688 intrepid crew members taking part in the 2019-20 edition 78 are currently sailing around the world and are on track to add their names to an exclusive group of people who can say they have circumnavigated the world. They started their journey in London all the way back in October and since then have sailed halfway across the world and have visited the likes of Portugal, Uruguay, South Africa and Australia.

Looking ahead, the fleet will also be enjoying stopovers in The Philippines, the USA, South America, Bermuda and Northern Ireland. Crew members can choose to race around the world or take part in one of more of the eight individual stages within the global routes. 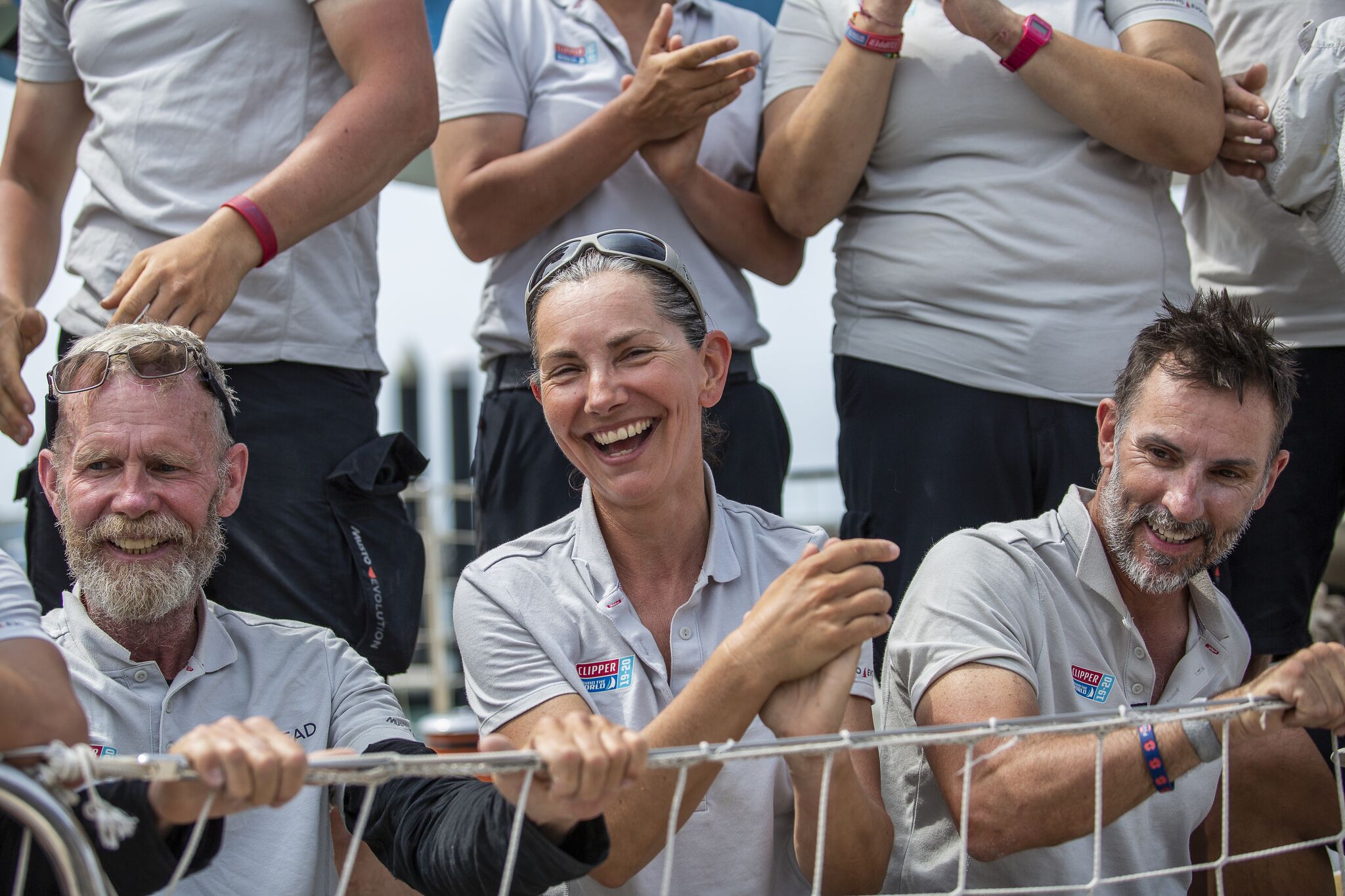 One of these individuals is Austrian Bettina Neid, who is circumnavigating on board Dare To Lead, says that it is the training that the Clipper Race provides that gave her the confidence to sail around the world. She says:“Going ocean racing doesn’t really come naturally in someone’s mind, so for me it was like a sailing novice (I am not a novice anymore as I am halfway through around the world and when I started, I was a sailing novice)I decided to take part in the Clipper Race after undertaking lots of research. The Clipper Race is really informative and it’s just reassuring that there are four weeks of compulsory training where you really learn everything that you need to know about sailing step-by-step. You really have a chance to get into it.” 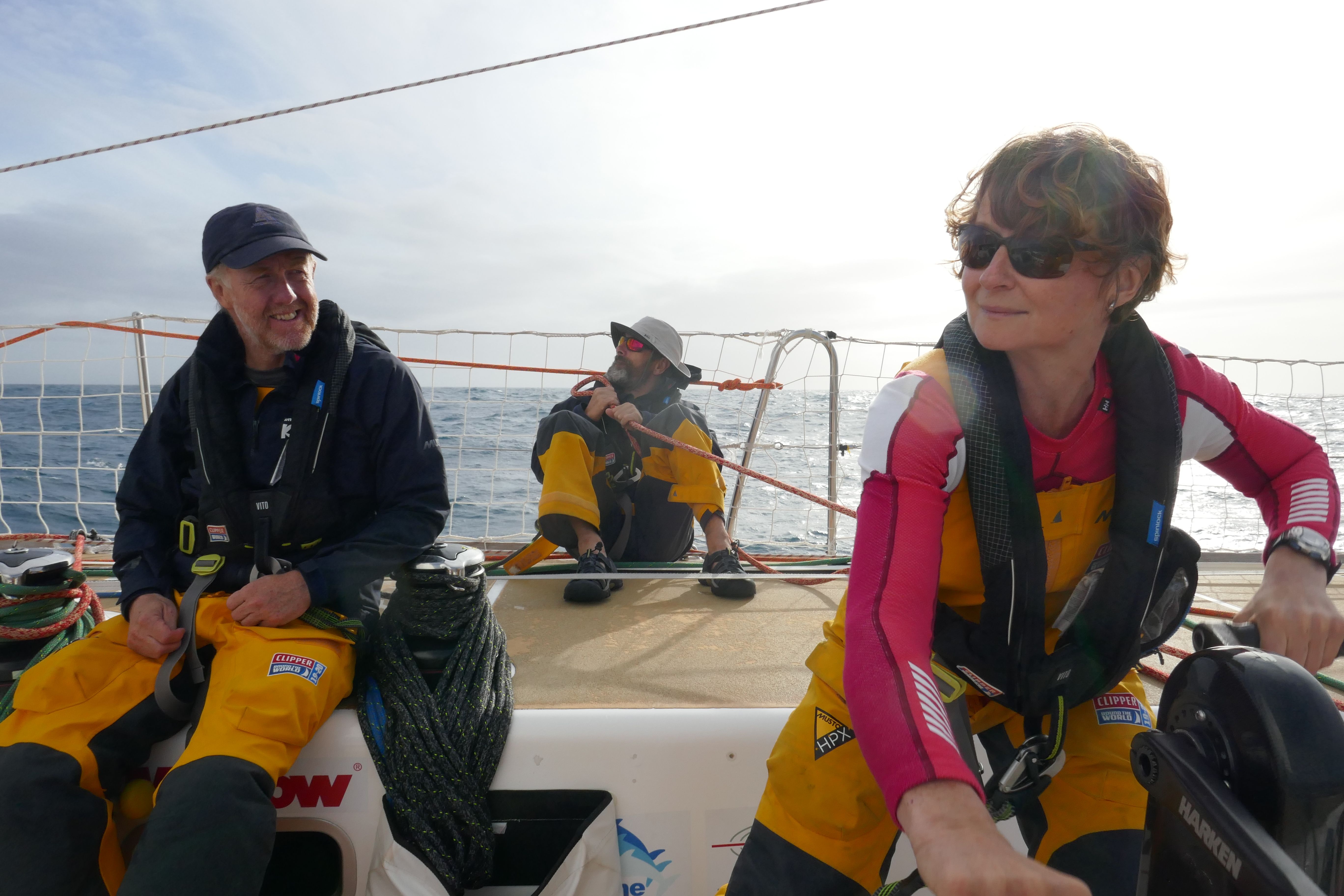 Edinburgh-based Gillian Donald who is on Imagine Your Korea couldn’t imagine not doing the full circumnavigation. By taking part in the entire race she has created memories to last a lifetime. She reminisces on her race so far:

“I have so many, how about: Our first Scoring Gate points? Possibly seeing dolphins as the sun rose on the day we crossed the equator? The stars? Or coming second in the last race? Conquering the Southern Ocean? Christmas lunch at sea? So many of these experiences are because of being with this crew on this boat and when I think of them, my memories are of celebrations with my crewmates. I owe my fellow ‘Round the World-ers’ a huge debt, for the energy and commitment they give to our race every day and the positive energy that produces for us to continue to be our best.” 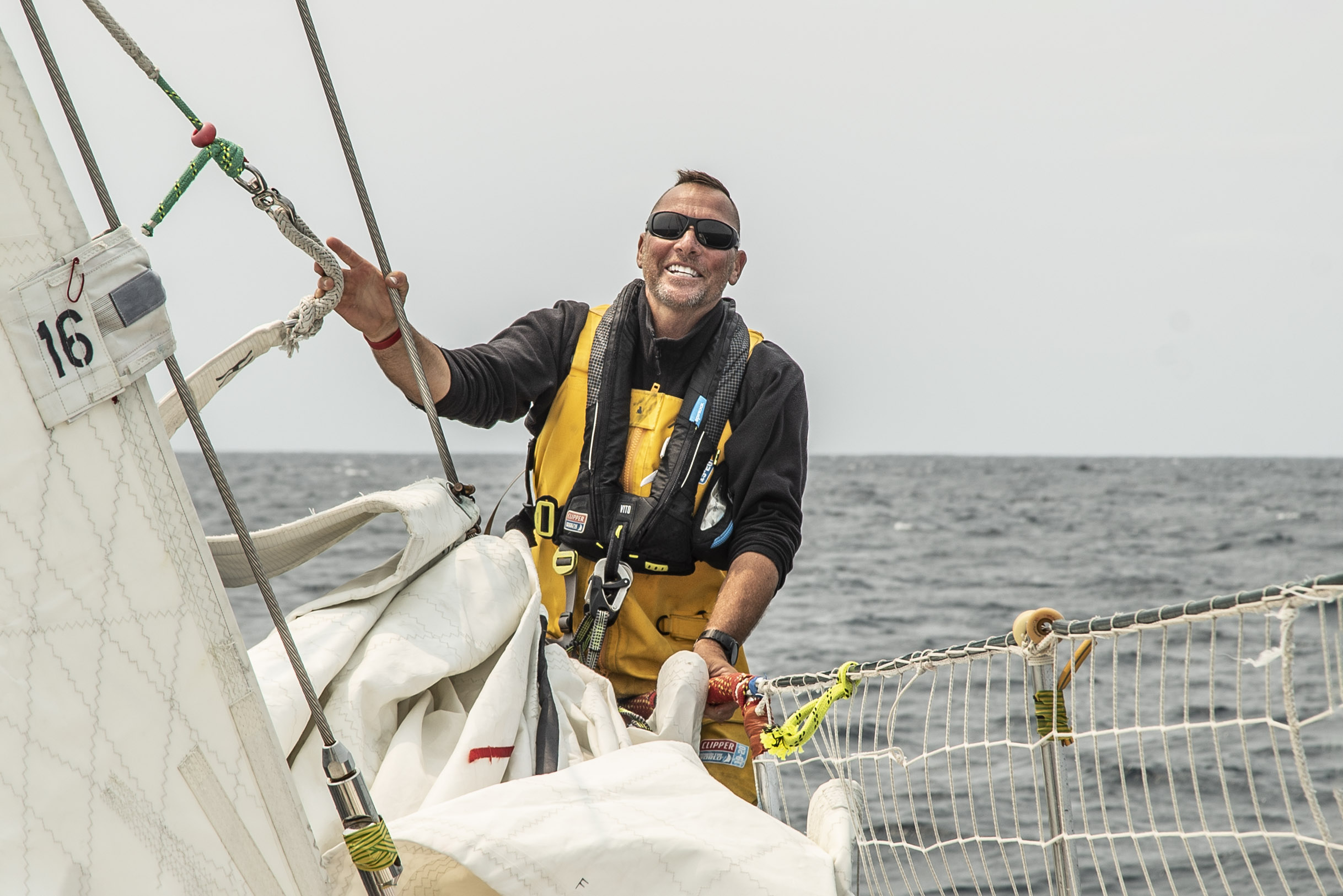 Tewantin business owner John Broomfield, 52, from Noosa, Queensland is one of an adventurous group of men and women who are sailing around the world by taking part in the full 40,000 nautical mile Clipper 2019-20 Race on Ha Long Bay, Viet Nam.

John had originally only intended to do two or three legs of the race, but it was his wife Natalie who encouraged him to participate in the entire race.

"My wife said, 'if you don't go around the world, you'll regret it forever,”

She was right. John is having the time of his life. When asked if he would encourage others to do the same, he is unequivocal in his approach. He says:“Do it! You look at sailing videos on YouTube and you might think ‘you can’t do it’ but with the Clipper Race and the support that you get means that ‘you can do it’. You get all this amazing training and look at me - I had never been on a boat ever and now I have sailed halfway around the world. You get one shot and you don’t have to go all the way around the world. You can do one leg; you can do two legs – go for it!”

Everyone has their own motivation for signing up to circumnavigate around the world in the Clipper Race. What would motivate you? Why not download our latest information pack to find out more?