During this time of isolation, many alumni Race Crew have been reflecting back on their incredible experiences of their month long crossing of the mighty North Pacific Ocean. Memories span the challenges faced, how they were overcome and what taking part in Leg 6 meant to them.

The Pacific Leg, often referred to as the ‘big one’, sees crew race across the world’s largest ocean, spending almost 30 days living and racing in raw and inhospitable conditions. This makes it one of the most exhilarating and demanding stages of the circumnavigation. 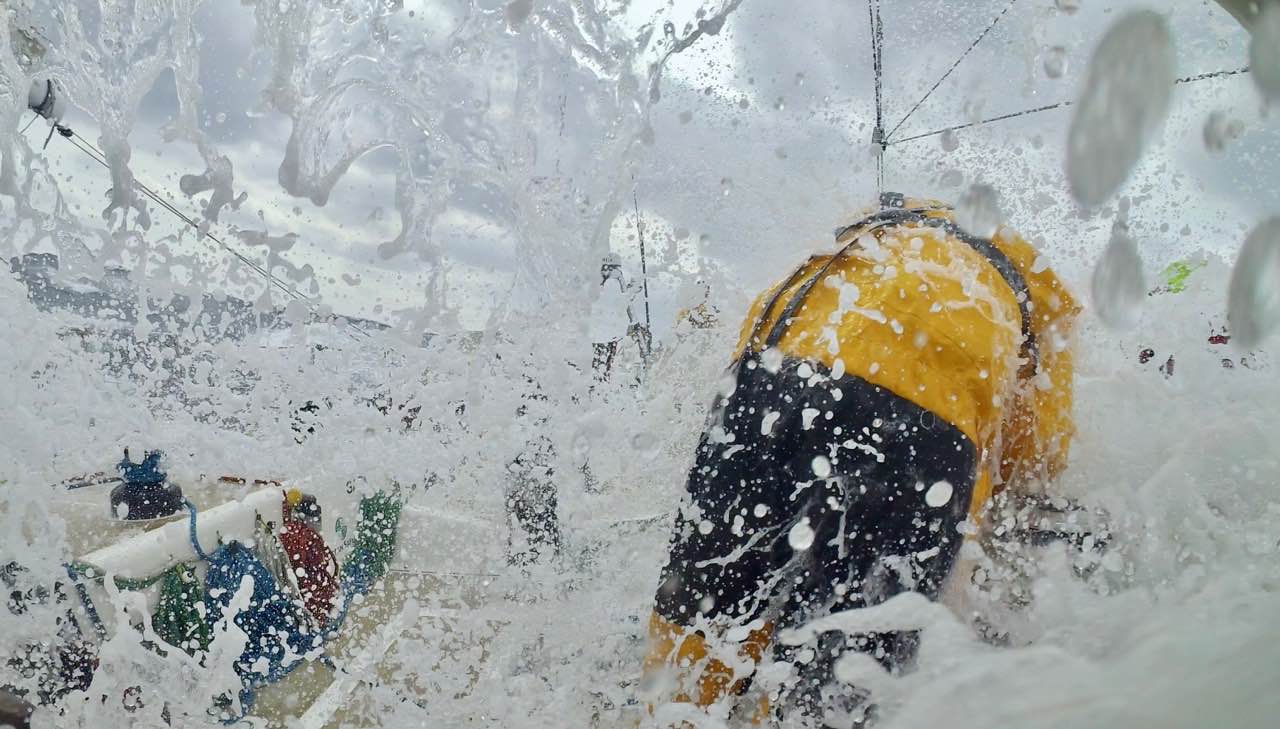 Setting the scene, Della Parsons, twice circumnavigator and now Clipper Race Crew Recruitment Director has shared a blog from the 2009-10 edition when she crossed the North Pacific for the first time. Capturing the essence of 24 hours on board, here’s Della’s blog in full:

“Today was a day of two worlds. The below deck world which was by no means warm – or dry but was where the rest of the on-watch huddled in a comparative haven while waiting for their turn to brave the elements in rotation. The on-deck world was an awesome seascape of mountainous peaks and troughs, which from a distance, must have looked like an impossible passage for such a comparatively small and insignificant boat.

It seemed a pretty inhospitable place from below deck but once in multiple layers, oilies, hats and gloves and on-deck, it became an exciting challenge – the ultimate ride of your life – surfing down an avalanche of water one minute and then holding on for dear life as a wave hits full force from the side, knocking you off balance and making a swimming pool of the deck and companion way below.

Half an hour of helming at a time was more than enough. My arms were complaining loudly about the workout they were getting, and the concentration required was exhausting. The overall feeling was exhilaration though. And one of disbelief. I still couldn't quite believe little ole me, was here, in the middle of the Pacific Ocean, at the helm of a 68ft ocean racing yacht, battling through conditions not too dissimilar to those in Perfect Storm! Blimey!

Having made it through the day the dark, dark, night added another dimension to the roller coaster ride. In some ways it was better not to see the terrifying walls of water as they loomed over you – you just had to keep focused, braced and balanced with flexible knees. Not unlike skiing a mogul field in a white-out, only with somewhat larger ups and downs and considerably longer skis!”

Clipper Race Alumni Crew have also shared a glimpse of their time on board, several years on from finishing their adventure, the memories have not faded.

Mel Thompson, part of the GREAT Britain team in 2015-16 said: “Cold that chilled my bones; waves washing me down the deck with my tether snapping taught; sharing hand warmers to defrost our fingers; never being completely dry; not washing or even undressing properly for a month; making food in crazy conditions.

“It was the hardest and most brutal experience but at the same time utterly beautiful, mind blowing, a wonderful time of my life! I was glad to share it with such GREAT people.” 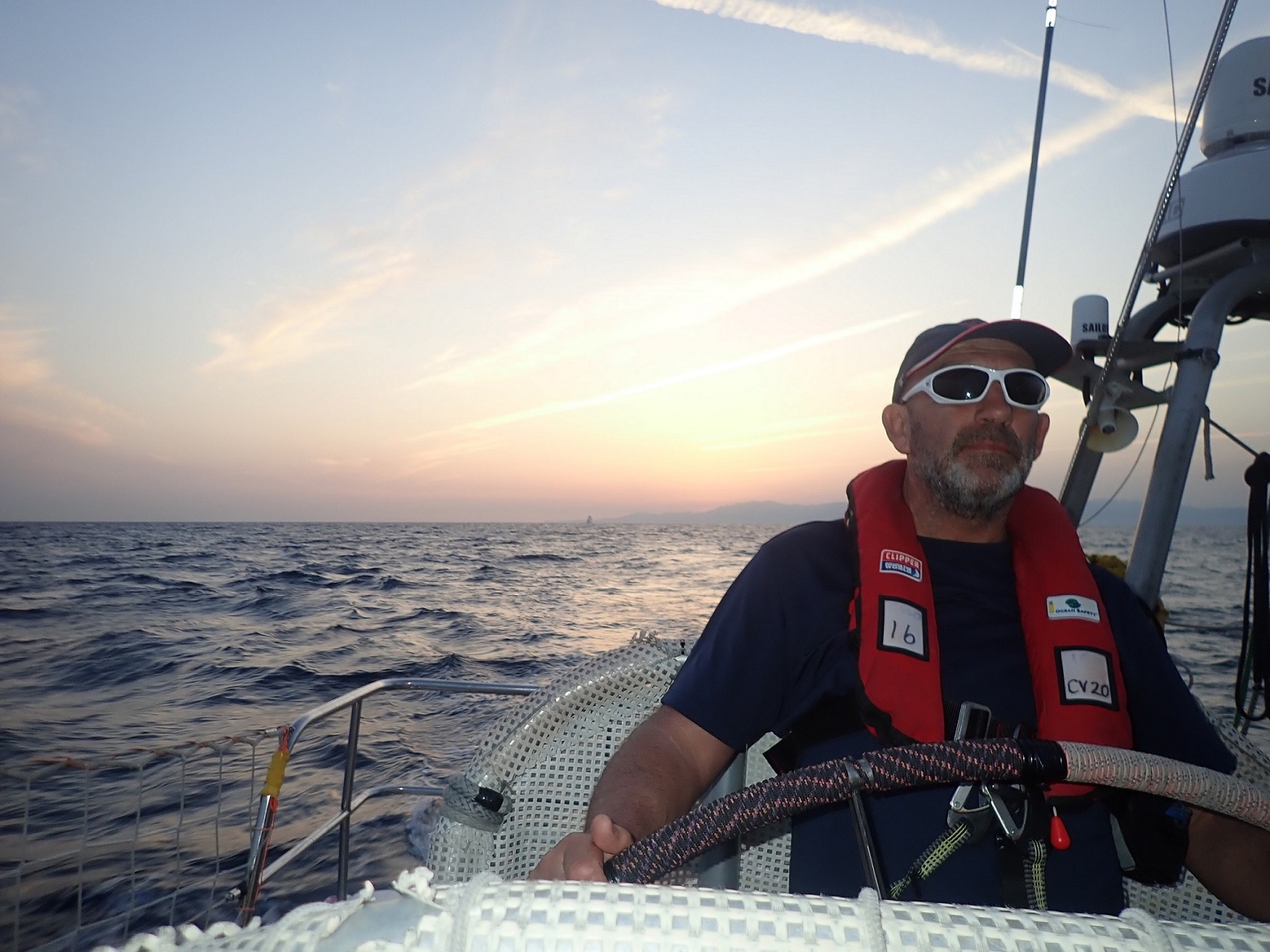 The calm before the storm - Clipper 2017-18 Race Crew, Jonathan Fretton, takes the helm at the start of Leg 6 from Qingdao to Seattle

Race Crew, Jonathan Fretton, reminisces: “I did the Clipper 2017-18 Race on board Liverpool 2018 with a madcap crew and Skipper Lance. The North Pacific was brutal. It was 32 days of unbelievable madness… fun when you look back but not at the time. We even managed to do a 360 deg on the international dateline!! Seattle was a very welcome sight.”

Cath Roberts explained: “‘Never again.’ I believe this is what I said after 29 days in the 2005-06 edition on board Liverpool! But great crew and experience to look back on. Not many people have crossed the North Pacific Ocean. Many friends even 15 years down the line.”

Mike Tatham who took part in the 2015-16 edition on board GREAT Britain said: “I remember one night about three weeks into the crossing, in yet another wild night, three reefs and storm jib up and I was on the helm in zero visibility, and hailstones, surfing down mountainous seas staring at the red compass. The helm suddenly went very light and the speed hit the high 20's every few minutes, freezing cold, just two of us on deck and both of us whooping like kids at the insanity of it.” 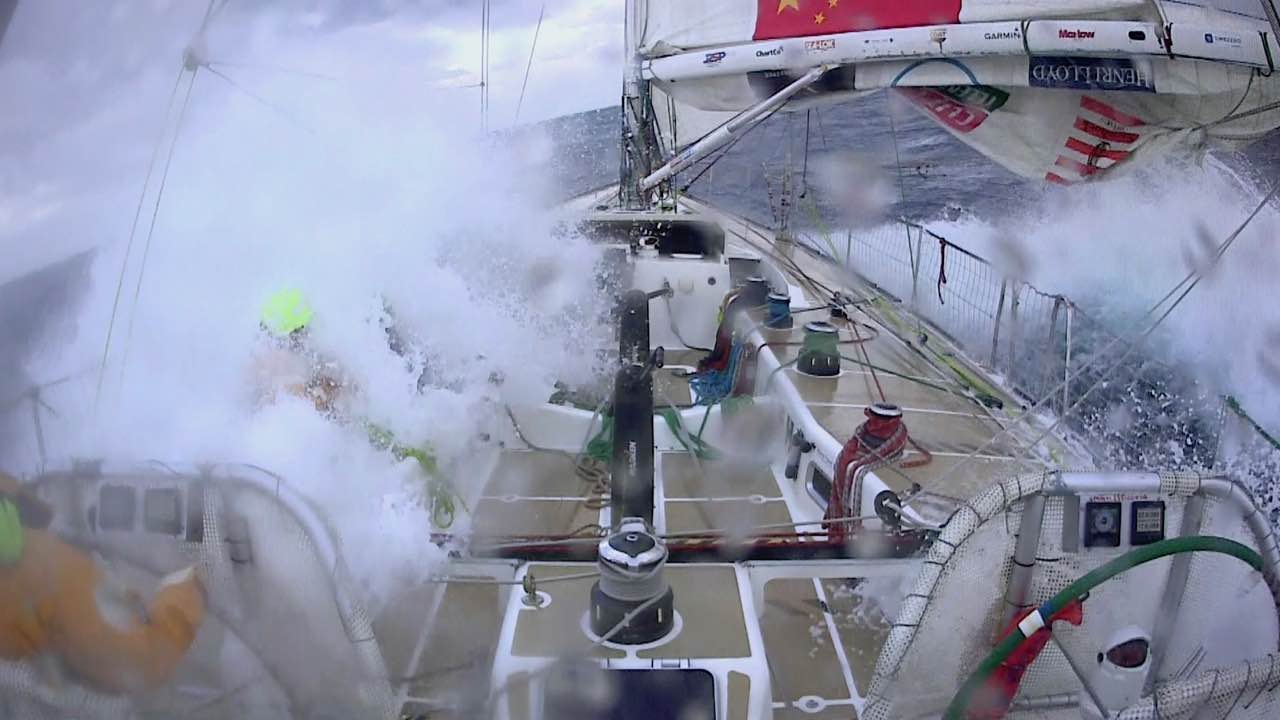 Edward Gildea, shared a poem he wrote whilst crossing the Pacific during the 2013-14 edition entitled Perfect Storm:

We lurch through darkness.

By jib and Staysail dragged

We taste our smallness.

A dawn glimpse of blue

Under its seething crown; 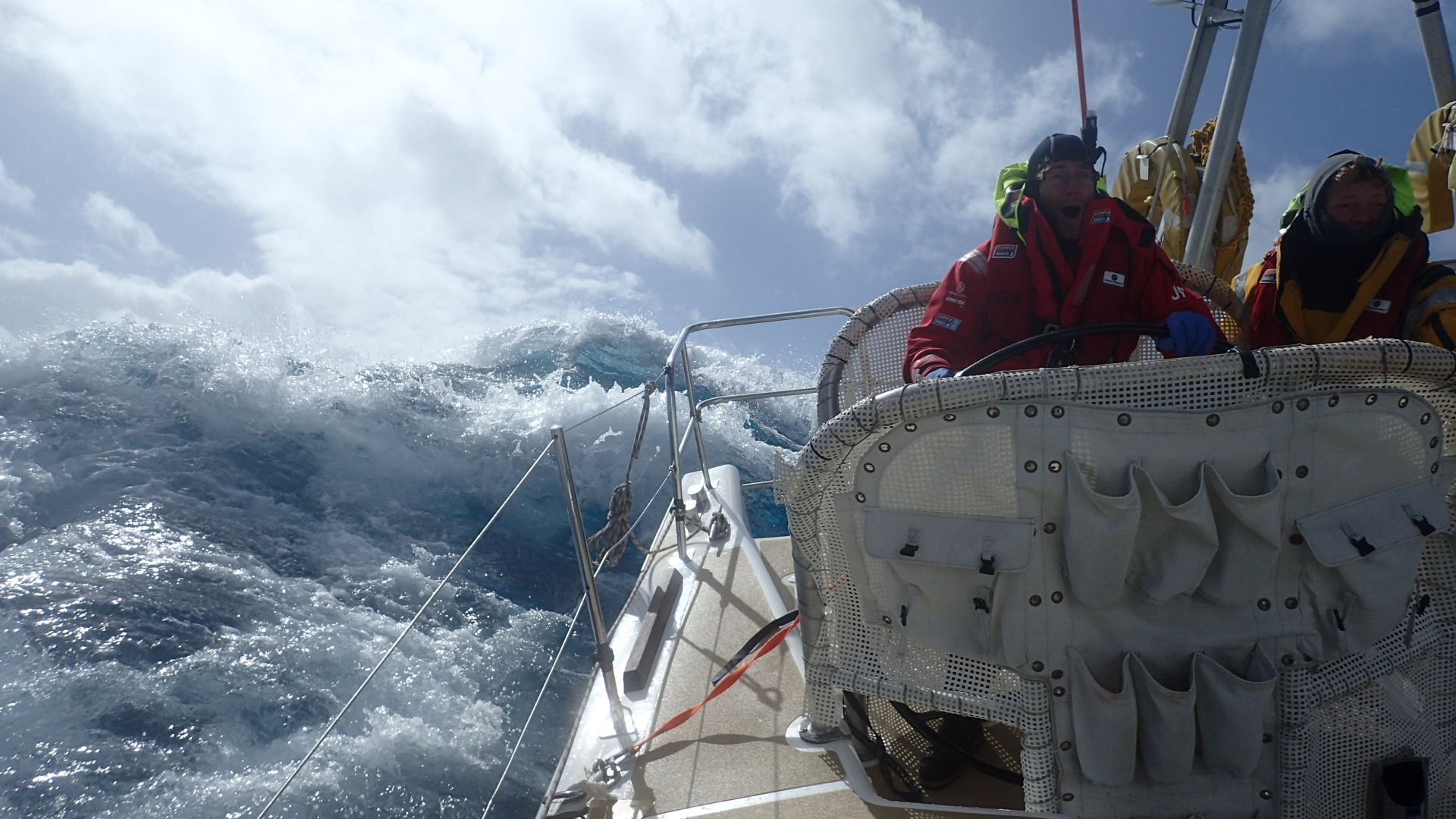 Surfing the waves during the Clipper 2015-16 Race

Della Parsons reflects that this stage of the circumnavigation is the ultimate test of endurance: “I always say the North Pacific crossing is the single biggest test of mental and physical strength and stamina out of any of the legs of the Clipper Race. Once you leave the coast of Japan behind, you are entering one of the most remote and inhospitable parts of the planet.

“The sea state can be wild, the low pressures systems can deliver powerful winds and there is just a huge vast nothingness out there. But that is also it’s charm. It’s remoteness, it’s vastness, the challenge. The awe and majesty of the ocean are both the things that can strike terror but at the same time wonder & joy. It can be exhausting and draining and at the same time exhilarating. The raw power of mother nature out there will give crew the sense they have never felt more alive.

“More importantly I have the sense of satisfaction, of achievement of knowing that I, along with my fellow team mates, sailed and raced a 68ft boat across the North Pacific Ocean. We dealt with the many challenges along the way. It was hard. And we did it. And we did it well. Other than completing the full circumnavigation there are not many things I’m more proud of. Other than perhaps doing it twice!”

The Clipper Race is expected to resume in February 2021 and will see intrepid crew return to take on the North Pacific Ocean. Applications are open for the 2022-23 edition. Could you too one day be reflecting on having sailed across the world’s largest ocean?