The Clipper 2019-20 Race is so close to its finale, with just one more race to go in its circumnavigation of the globe. This morning the yachts departed Foyle Marina, with crowds lining the banks to wave each team off, and are currently motoring to Greencastle ready to embark on the final race from Derry~Londonderry to London. The last race of the 2019-20 edition will see the Clipper Race teams take on one last sprint, from Northern Ireland, around the top of Scotland and down to the Finish Line just off Southend Pier, with the chance to gain some extra bonus points in the Dell Rugged Latitude Ocean Sprint.

With Qingdao currently at the top of the leaderboard, but with Punta del Este and Ha Long Bay, Viet Nam biting at their heels, it’s set to be a highly competitive race with all to play for with not the just the podium places, but to shake up the rankings across the whole leaderboard.

We caught up with the Skippers and AQP’s (First Mates) about the unforgettable stopover in Derry~Londonderry, and how they’re feeling about the final race:

Max Rivers, AQP: “The hospitality has been fantastic, the LegenDerry food festival and Foyle Maritime Festival have been brilliant - and it’s been amazing to explore the city.” Talking about the race ahead, Max added: “It feel nerve-wracking, it’s going to be an intense race - I’m looking forward to the challenges it’ll offer, especially going round the top of Scotland, which will be very interesting.

“I’m proud of the crew, they’ve worked incredibly hard for incredibly long, all the way from the Philippines. I think they’ve done so well and should be really proud of themselves.”

Wavy Immelman, Skipper: “We are seventh in the standings, but I don’t think we need to encourage the team, as they very much encourage themselves! They really want success - we need three points on Visit Sanya, China, or six points on Unicef to get ahead.”

David Hartshorn, Skipper: “Everyone just talks about the Clipper Race here, they’re so friendly and so supportive, the support they gave us for our Unicef quiz night was really amazing.” 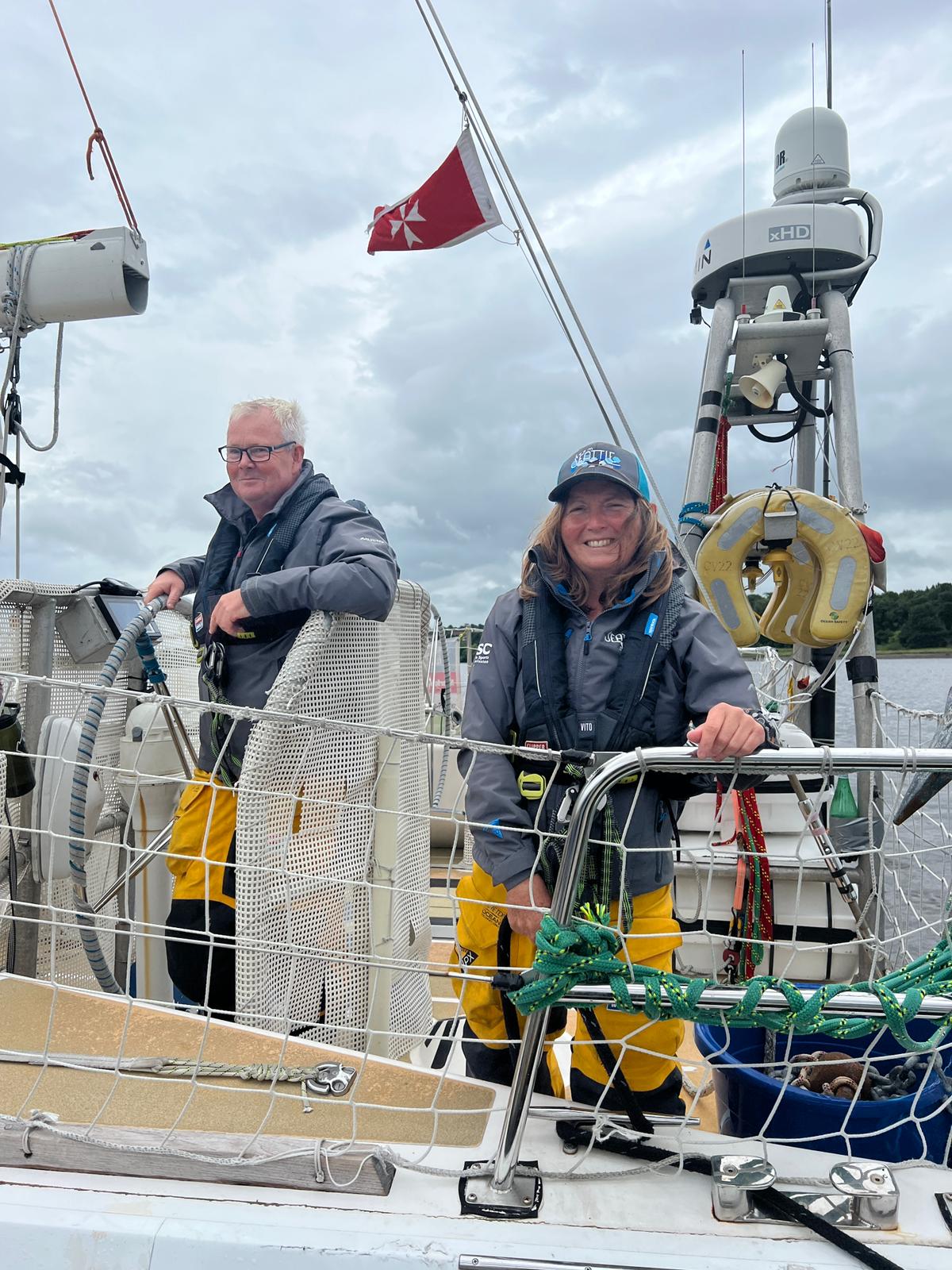 Talking about the Clipper Race coming to an end, he continued: “Next weekend is going to be very emotional, I know that. I’m going to miss working with Hannah, she’s been absolutely awesome. I’m very proud of the team - we had an amazing crossing of the North Atlantic - it wasn’t a one off and we can definitely get a good result again.”

Hannah Brewis, AQP: “I’ve enjoyed everything about Derry~Londonderry, the people are kind and the place is so nice, and has so much history, there’s a lot to learn about.

“I am excited for the race to finish, but I don’t know what I’m going to do when it’s over! It’s been my whole life for the last six months, and by the end of it I think I’ll feel a little bit lost, but it feels like such an achievement to finish - it’ll be amazing but also quite sad.”

Speaking about motivating the crew for the last push, she said: “We’ve got a bit of motivation, as by playing our Joker at a good time we have managed to go from eleventh to tenth place, overtaking Dare To Lead. The crew are buzzing to keep going, put everything in and enjoy it.”

Nigel Parry, Skipper: “We’ve had plenty of time to explore Derry~Londonderry, it’s been a great stopover and we’ve really enjoyed it.”

Talking about the race ahead, he said: “We had a great Ocean Sprint result in the last race so we’re hoping to go for it again.”

Angela, AQP: “I am very excited for the next race - we’re going home! We’re going to just go for it, get the team excited and just sail fast!” 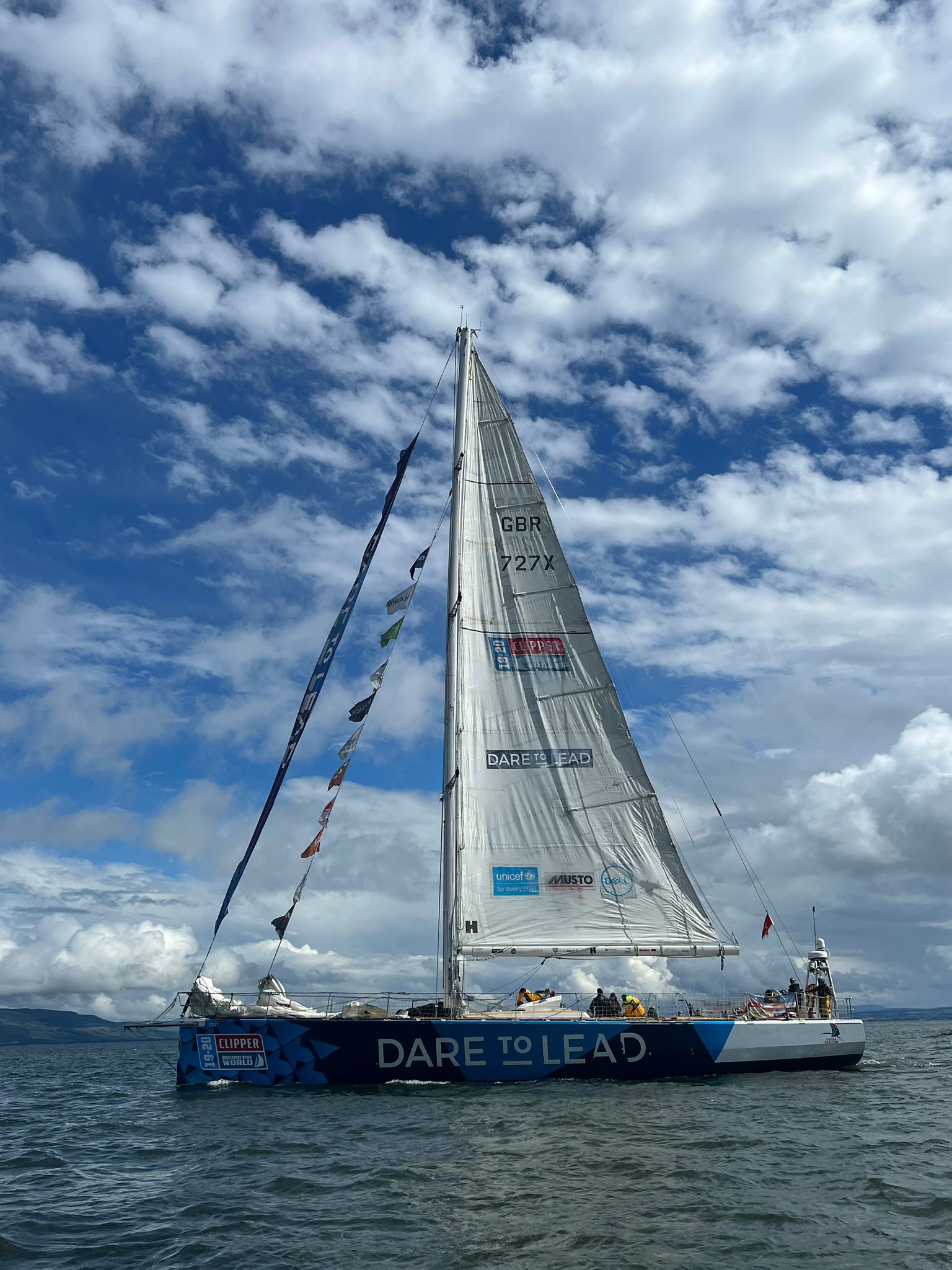 Ian Wiggin, Skipper, said: “Derry has been a very special stopover, it’s been very positive for us as a fleet, positive for the city and we are very grateful for the welcome.

“The final race ahead looks quite tricky tactically, there are some navigational squeeze points for sure. The weather looks quite changeable, so we’ll see how that goes. As a crew, we have a big push left in us, we’re all tired but we’ll give it all we’ve got.”

Talking about coming to the end of the race, he continued: “The sense of achievement for the crew will be great - hopefully they will realise what they’ve accomplished, what they’ve been part of and that’s why I’m here - to help them achieve this. They should be incredibly proud of themselves.”

Dan Bodey, AQP: “It’s hard to pick a highlight really, it’s been such a big stopover with so many people, but the welcome and enthusiasm we’ve had from everyone who’s here has been amazing. I went out to see the Giant’s Causeway and some of the local scenery which was great, but the festival village that they’ve put on here has been incredible.”

Talking about the final push, he said: “The crew are very good at motivating themselves, but it'll be an interesting race that will keep everyone engaged with lots of changes and effort.”

Jeronimo Santos Gonzales, Skipper: “What have we not enjoyed in Derry! The water, the people, the music. I’m just excited to sail - it’ll be a challenging race with lots of tactics involved.”

Fernando ‘Nano’ Antia Bernardez, AQP: “It’s my second time here, and it’s always my favourite stopover. It's amazing. We will do our best as we always do, and keep having fun and pushing hard.” 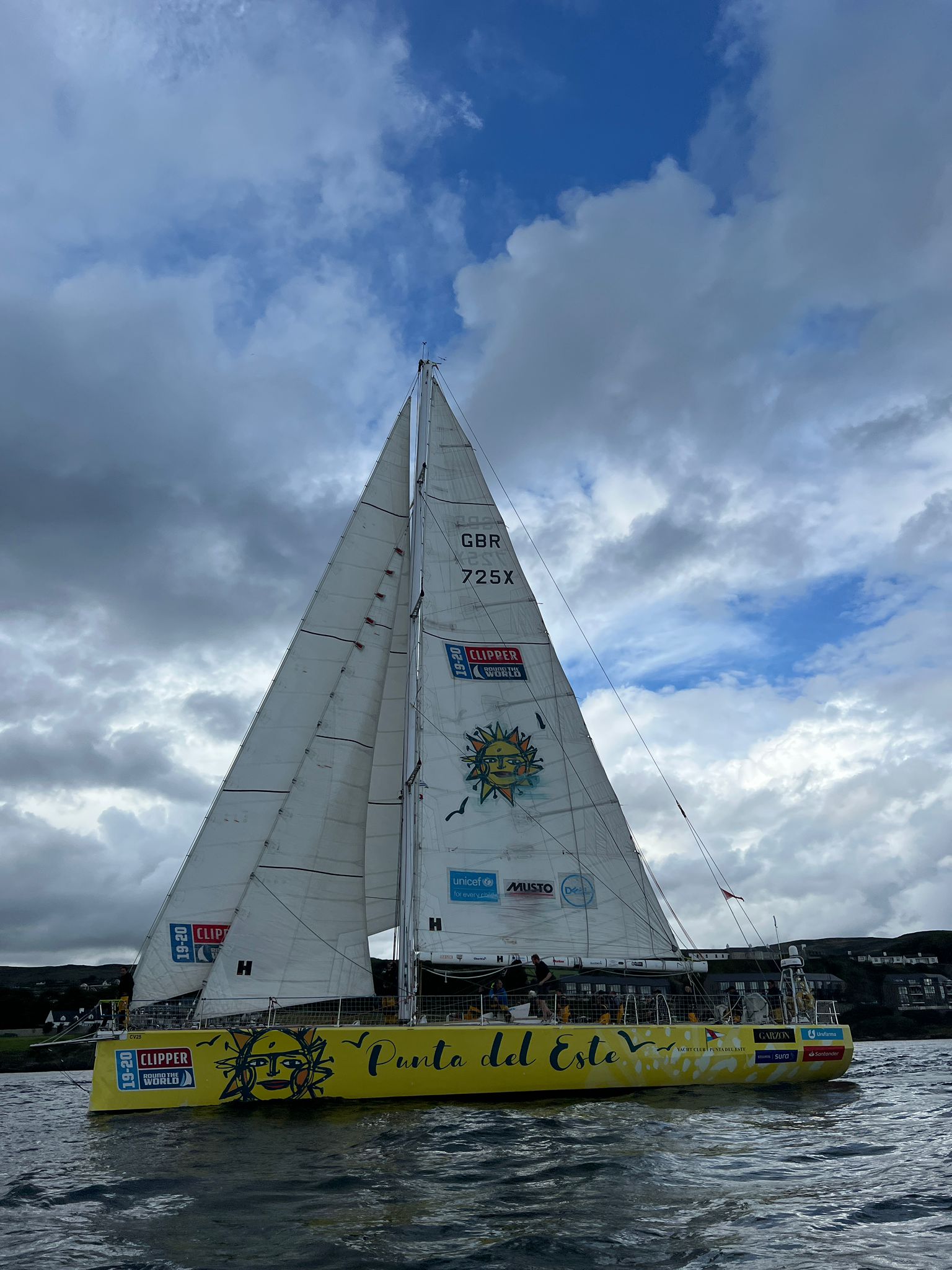 Maisie Bristow, AQP: “I’ve been walking around the walls here in the city, seeing the church and different cultures that are here, and it’s been great.”

Josh Stickland, Skipper, said: “On the last race we pushed too hard and it backfired a bit, so we are going to push hard but not too hard, and get the team geared up. The top of Scotland is going to be a lottery, so we’ll try and stay with the pack until that point and then take it from there.

Dan Jones, Skipper, said: “I’ve really enjoyed having my family here, seeing the sights of the city with them and getting them on board for the Parade of Light was really special.

Speaking about the upcoming race, he said: “There’s a lot of hazards in the North Sea and over the top of Scotland we could be going backwards, so I don’t know how much Ineke and I will sleep over the next five days.There’s a few nerves, but a lot of us are glad to be finishing the race - it’s not been an 11 month race, it’s been a three-year race, so we are really excited. There’s a lot to play for, we could easily be overtaken so we need to keep looking over our shoulder.”

Ineke van de Weijden, AQP: “It’s a bit bittersweet. On the one hand, this is what the crew have been waiting for but on the other hand they’ll be saying goodbye to the crew, the boats, and this whole life that we’ve had at sea.”

Mike Miller, Skipper, said: “It’s the last race, so I think the crew will be really excited. This is a very challenging race, and a bit of a dogfight! We have won races, and we have come last, so we have everything to fight for and this is our last chance to prove we can do it. It’s going to be a really tactical race with strong upwind storms, huge tides and things to bump into! We will be racing really hard.”

Mary Vaughan-Jones, AQP: “It’s been really nice to get out in the city, everyone has been so welcoming and there’s such beautiful countryside to explore, it’s been amazing. It’s a bit bonkers that it’s coming to an end! It’s a bit mad because I signed up as crew, thinking I’d do the race and then go and get a job, and somehow I’ve wound up working as a First Mate, who’d have thought!”

Patrick van de Zijden, Skipper, said: “The stopover has been amazing! It was incredible leading the Parade of Light with all the people on the docks too. It’s the last race now, so we are just going to make the best of it. After crossing the finish and coming up the Thames, and then arriving into the docks with all those people waiting - it’s going to be big!”

James Finney, AQP, added: “I’ve enjoyed the pubs and going to the Giant’s Causeway, it’s been a brilliant stopover. I think the crew are looking forward to getting to London and seeing their family and friends - for me personally it’ll be a highlight seeing my loved ones again. It feels surreal that the Clipper 19-20 Race will be over.”

Race 15 to London will start at 1800 on 25 July, by way of a line start at Greencastle. Watch the Race Viewer to see how things unfold.