Da Nang’s Han River bank was jam-packed for miles last night as people flocked in their thousands to see the Clipper Race fleet parade up and down the city’s water way.

In scenes typical of festivals and other major global events, people utilised benches, hotel rooftops, bar balconies, and any other vantage points they could find, as they clambered to get a look at the yachts, including home boat Da Nang – Viet Nam and the crew who have made such an impact during the event’s first-time visit to the city.

Early estimations suggest in excess of 250,000 people turned out for the event, and many more watched from home as DRT (Da Nang Radio and TV) broadcast live from 16 different camera positions along the route, and from the water. 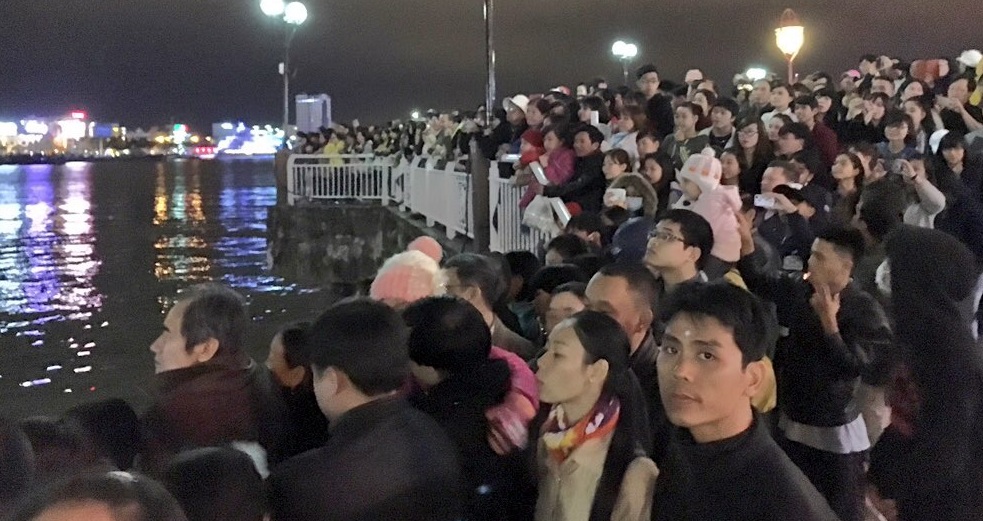 Clipper Race co-founders William Ward and Sir Robin Knox-Johnston watched from a balcony close to the Dragon Bridge. Following the parade William remarked: “The turnout along the river was beyond belief. It really was fantastic to see so many people on the streets, all there to see the yachts and the crew, and it certainly sent a really powerful message of the engagement that has been established here between the Clipper Race and Da Nang.

“We feel we have built a very strong friendship with the city during our short time here and it has been truly touching to see how deeply the people here have taken the Clipper Race to their hearts. On behalf of all of us and our crew, thank you to everyone from Da Nang who came out in support.”

Garmin crew member Holly Kitching who was on board for the parade says: “It was totally insane! We could see people all down the river bank waving at us the whole way, and the city looked so pretty all lit up. To think that everyone was there to see us, that was huge. We were all doing Mexican waves and waving back the whole time. An experience we will all remember for a long time.”

Tracey Charles, joined her husband John Charles on board as family and friends were given the option of getting on board with their loved ones. She explains: “After following John to every port, I jumped at the chance to actually go out on the boat with him. It was a wonderful experience and I thought the whole thing was very well organised. It has been such a brilliant stopover here and that really just topped it all off for us.”

The night parade was arranged to give an opportunity for the people of Da Nang to see the race fleet out on the water, and also to allow the crew to experience the beautiful night time scene of two of Da Nang City’s symbolic features, the Han River Swing Bridge, which was opened specially, and the Dragon Bridge, which look so spectacular when illuminated each evening.

As the fleet passed through the swing bridge, which was closed to traffic for over 90 minutes, the Dragon Bridge breathed fire multiple times in salute to the crew, before spurting water over waiting spectators. The Da Nang – Viet Nam team stayed as the other yachts returned to port and did a couple of circles, allowing Skipper Wendy Tuck and her crew to pay tribute to the city which has provided such great affection for its team. 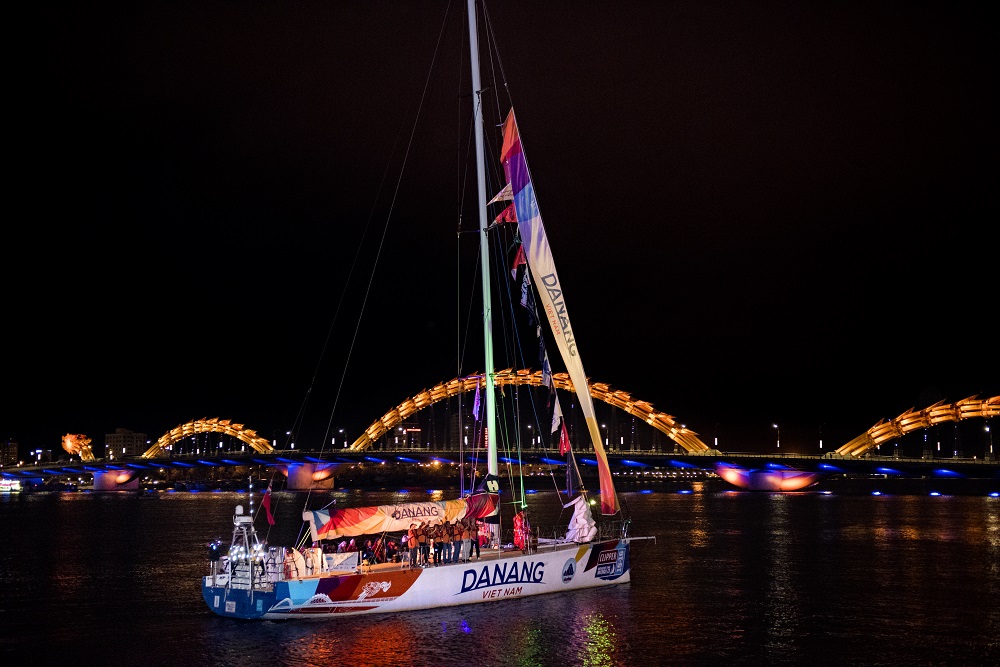 Denise Walsh, mother of Conor Shortland on the Derry~Londonderry~Doire team, watched her son and the fleet from the river bank and said: “What an absolutely incredible experience for all the crew. I felt pretty emotional for all of them. As I walked along the river bank I was totally blown away by all the crowds. There were people everywhere you looked, climbing lampposts, standing on shop steps, and waving from balconies. It was beyond incredible and just a fabulous experience for everyone involved. I felt very proud for Conor, and all the crew.”

As the Da Nang – Viet Nam team made its way back to port, local crew member Nyguyen Minh Anh wiped tears from his eyes as he explained with emotion: “If someone told me six months ago that I would race across an ocean with a team of international sailors, and parade along the river in my city to crowds and crowds of people, I just could never believe it. It’s been like a dream and whilst I feel sad that I will soon be saying goodbye to my skipper and my new friends, I have made memories and friendships that will last a lifetime.”

Click here to watch video highlights of the parade and click here to see a gallery of images.

Photographers from across the city have been invited to send in their images of the Clipper Race stopover. The top 50, as chosen by the city, will be displayed from 1600 this afternoon at the dome in the Race Village, and we also hope to publicise the images online.

Race 8 departs Da Nang for Qingdao tomorrow, 27 February. Once again, crowds are expected to turn out and see the yachts off from 1100 (0400 UTC) local time before the race gets underway off Da Nang beach from 1500 local (0800 UTC).

Phil Orford is a round the world crew member on board GREAT Britain. Before starting the Clipper Race, he was the leader of the Forum of Private Business in the UK. Phil, who describes himself as a ‘belated gap yearer’ whilst away…