Miss Universe Great Britain winner and former I’m a Celebrity Get Me Out of Here contestant Amy Willerton will take on her toughest challenge yet when she joins the Garmin team for the final, homecoming leg of the Clipper Race, from New York across the Atlantic Ocean to London via Derry-Londonderry and Den Helder.

Not your average beauty pageant winner, (titles include Miss Wales Asia Pacific World 2011, Miss London 2012 and Miss Universe Great Britain 2013) Amy is not scared to challenge herself and live outside her comfort zone. She has run the London Marathon, competed in various triathlons, and also played a part in the Russian Circus.

Having never been on a sailing boat before she started training, Amy recently completed all four training levels back to back at our Sydney, Australia base.

Here she tells us how she thinks it will compare to jungle life and why she thinks this will be the hardest, but most rewarding thing she has done in her life so far. 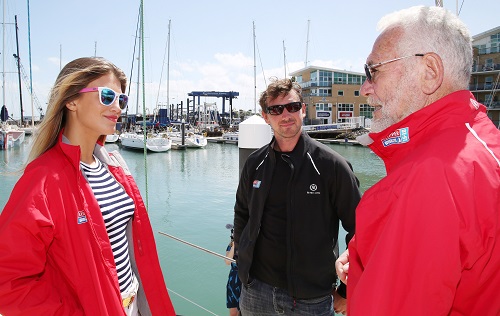 What made you decide to take on the Clipper Race challenge?
I love taking on a challenge and trying something new. The Clipper Race is the Everest of the ocean! It’s as exciting as it is daunting but something I’m looking forward to achieving and ticking off my list of things to do.

But actually it's been a good thing because I've been able to learn sailing according to the Clipper Race criteria rather than have to relearn from any previous experience. The crew have been fantastic and really hands on, hopefully I can pass my new formed knowledge onto someone!

Which part of the race are you doing and why?
I'll be doing Leg 8 - which is the final part of the race crossing the Atlantic from New York and finally arriving into London around six weeks later. I am now based in the US so sailing home means a lot to me and I'll be visiting Derry-Londonderry in Northern Ireland and Den Helder in the Netherlands on the way which are two new places I've never been to.

You have just completed your training in Australia. Was it what you expected? What did you enjoy most and what did aspects you find most challenging?
I have enjoyed it a lot more than I expected to. The instructors are wonderful and learning to sail has been fascinating. You don’t just learn to sail the boat, you learn how to move with the wind, read the stars and predict the weather! One of the things that has really surprised me, is the team building skills I’ve acquired. In this situation, you really need each other to make things work - I’m so used to working alone but sailing really encourages team bonding - I would say it has forced me to become a better person! 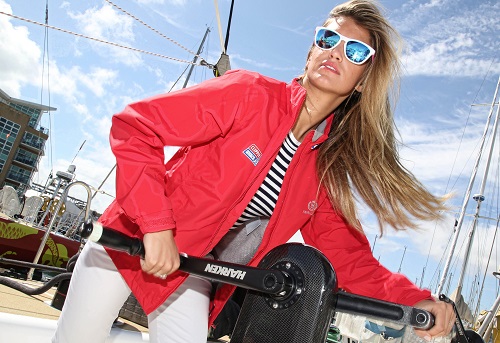 You experienced some sort of isolation two years ago whilst on I’m a Celebrity Get Me Out of Here. How you think this will compare?
It's been two years since I went into the jungle. Before I did it I had no idea how brave I really was, I just knew that whatever they put in front of me I would get through it. Somehow!

After training to sail in the Clipper Race the main difference in the challenge is that the danger is so much more real at sea! Although everything in the jungle is genuine, you are aware that there are people constantly on standby in case anything dangerous does happen. On the boat you are constantly surged with adrenaline because you are out in the middle of the ocean - with only yourself and your crew mates to rely on.

Being on the Clipper Race is a huge responsibility and it's made me grow up a lot. The team skills I was lacking when I did I’m a Celebrity have been realised since learning to sail. The danger is very real and making mistakes or being lazy can be catastrophic. I would probably be much better at chores in the jungle this time round!

You are so close to nature and really you are in the hands of the sea - it's a beautiful thing when you learn to recognise how to bend the wind to your will and watch the sunrise/sunsets on the water. The storms provide the adrenaline I love, such as when you are facing a wave as big as a house and all you can do is keep going!

What do your family and friends think about you doing this?
They have got used to me announcing that I’m doing something random and slightly crazy. They just want me to be safe and happy. The training and meeting fellow crew and hearing their stories has made me feel more much confident to tell them I’ll be fine! I don’t think most people would associate me with challenges like this, as they just see a girly-girly in front of a camera, however I’m a real tomboy at heart and I can’t wait to get stuck into this leg.

What skills do you think you will add to your team?
I’ve got a lot physically stronger whilst doing the training, but I think my main talents on board will be the communicating and helming. I also love doing the cooking, although it is not easy as a 45 degree angle!

In terms of the challenges you’ve tackled in life so far –you have run a marathon, competed in triathlons, and lived in the jungle, where do you think this will fit on the scale?
This is probably the hardest thing I’ve done, both physically and mentally and there is so much to learn and to be aware of. But of course that’s what makes it more exciting and I’m really looking forward to overcoming and achieving this challenge. 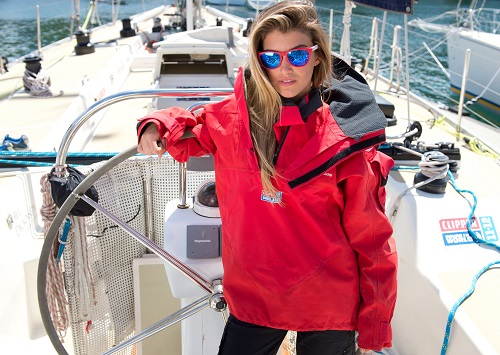 Teams in the west are experiencing the toughest conditions today as a stormforce front, expected to gust up to 70…

As the fleet takes on the Roaring Forties of the Southern Ocean Sleigh Ride towards Australia, Unicef is working in…