After a gripping race and intense two day wait for both those which had arrived and the crew on board, Unicef crossed the finish line of Race 5 on 12/01/20 at 20:48:50UTC. As day broke cheers erupted on deck when the air horn signalled the end of their race and confirmation that they’d secured third place in Race 5: The Whitsundays, Heart of the Great Barrier Reef. 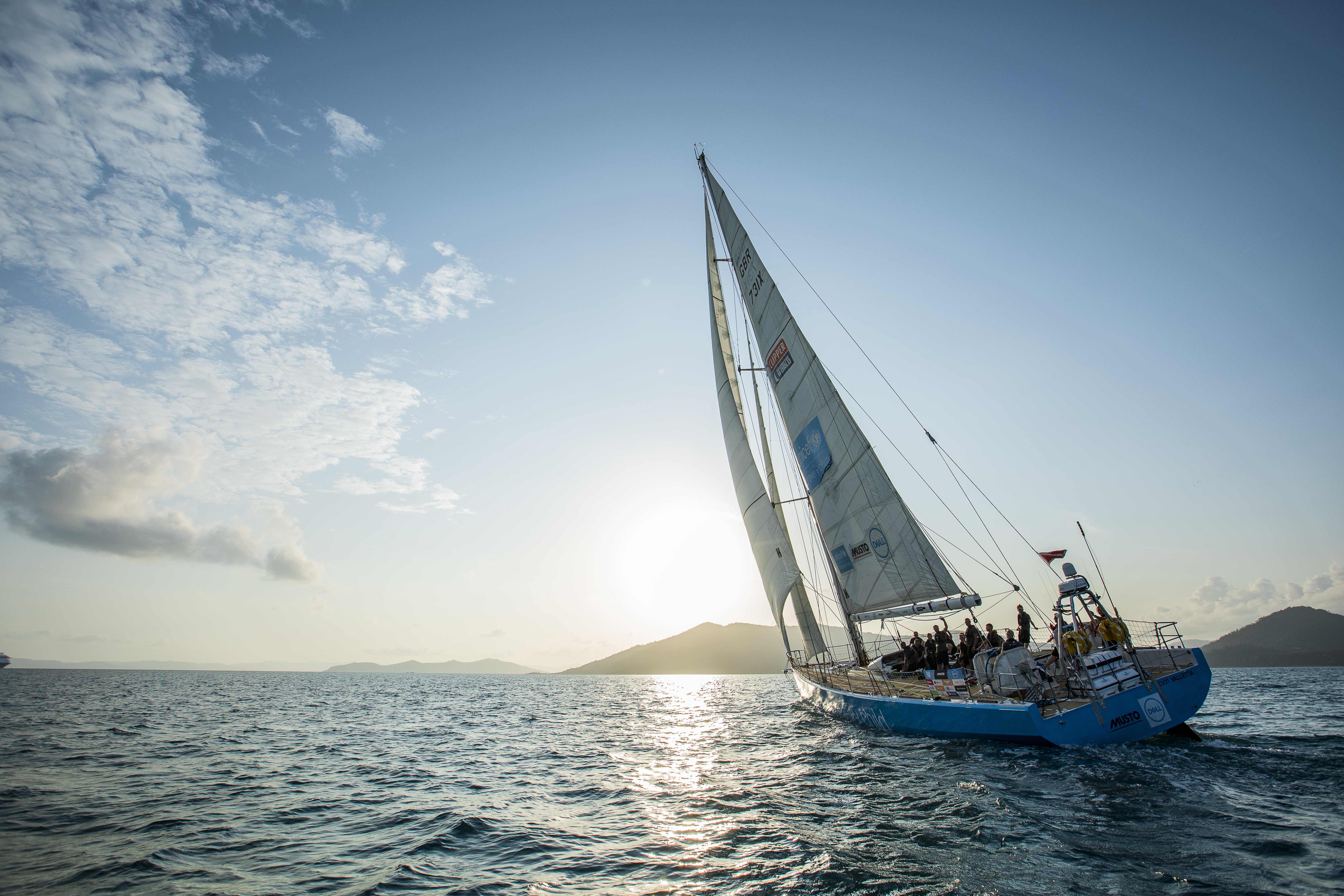 With podium places being decided in the last hour of racing Race Director, Mark Light confirmed that on elapsed time Unicef finished 1 hour and 17 minutes faster than GoToBermuda, to snatch third place and the podium spot.

Reflecting on the race, Skipper Ian Wiggan said: “The last 48hrs were tough because there weren’t the boats on the water and we were just chasing time but it’s great to be on the podium again, a great result for the crew and a great result for Unicef. Hopefully it will be the second of many, we’ve got plenty of stuff to work upon but if we just keep consistent and make good choices, it’s a long race there is still lots and lots of points available so if we keep going as we have been doing, I think we’ve got a good chance.” 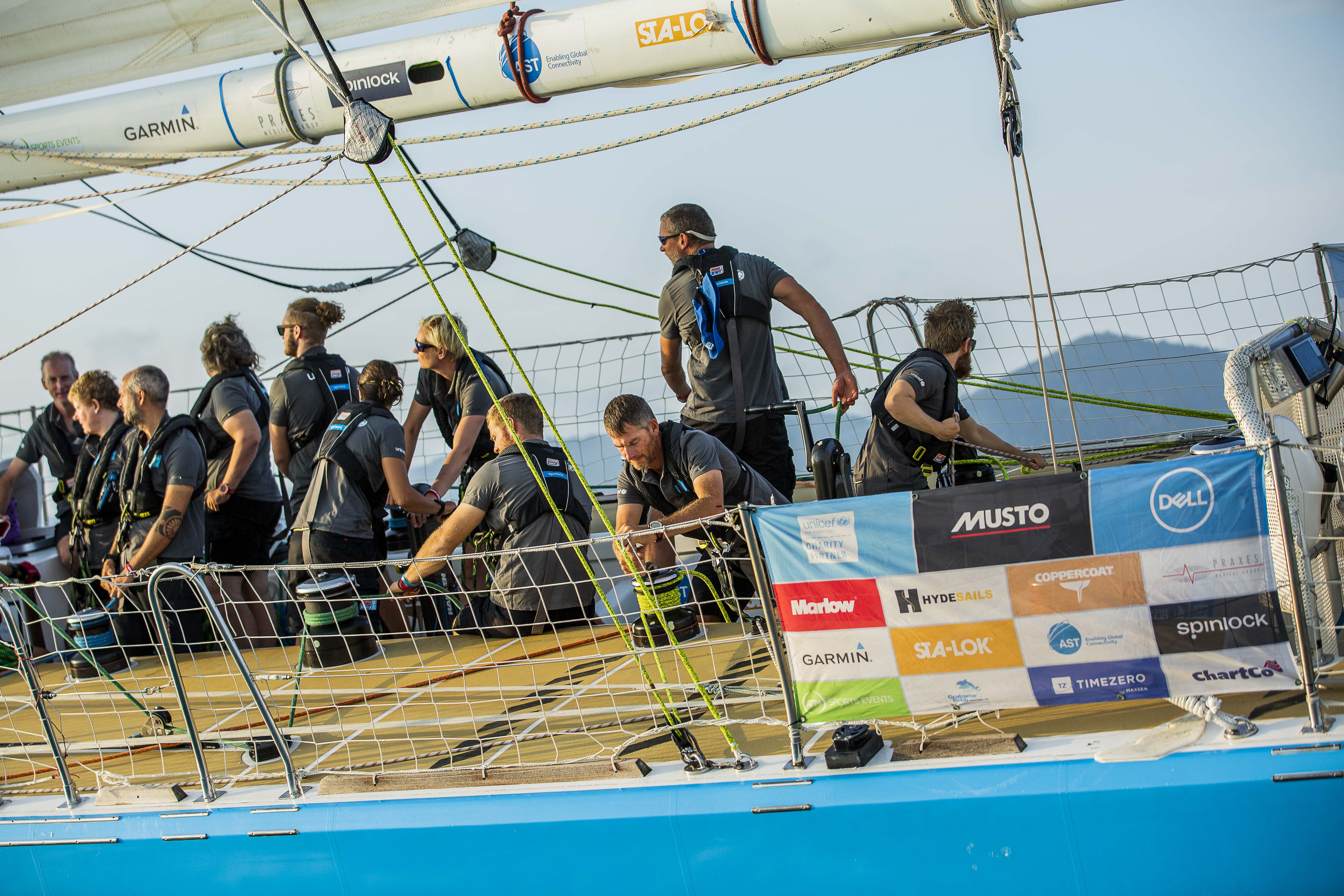 Unicef also had successes in the Dell Latitude Rugged Ocean Sprint, coming second, adding an additional two points to their tally for Race 5. This is the second podium for Unicef and sees them return to their winning ways.

Circumnavigator on board, John Dawson, who is competing against his son who is on Qingdao said: “It was a very up and down race. We were trailing at one time then we made a strategic move into the middle as opposed to going in shore and we moved right up the field and were leading the for a time. Then we had lighter winds but we are delighted with our third. 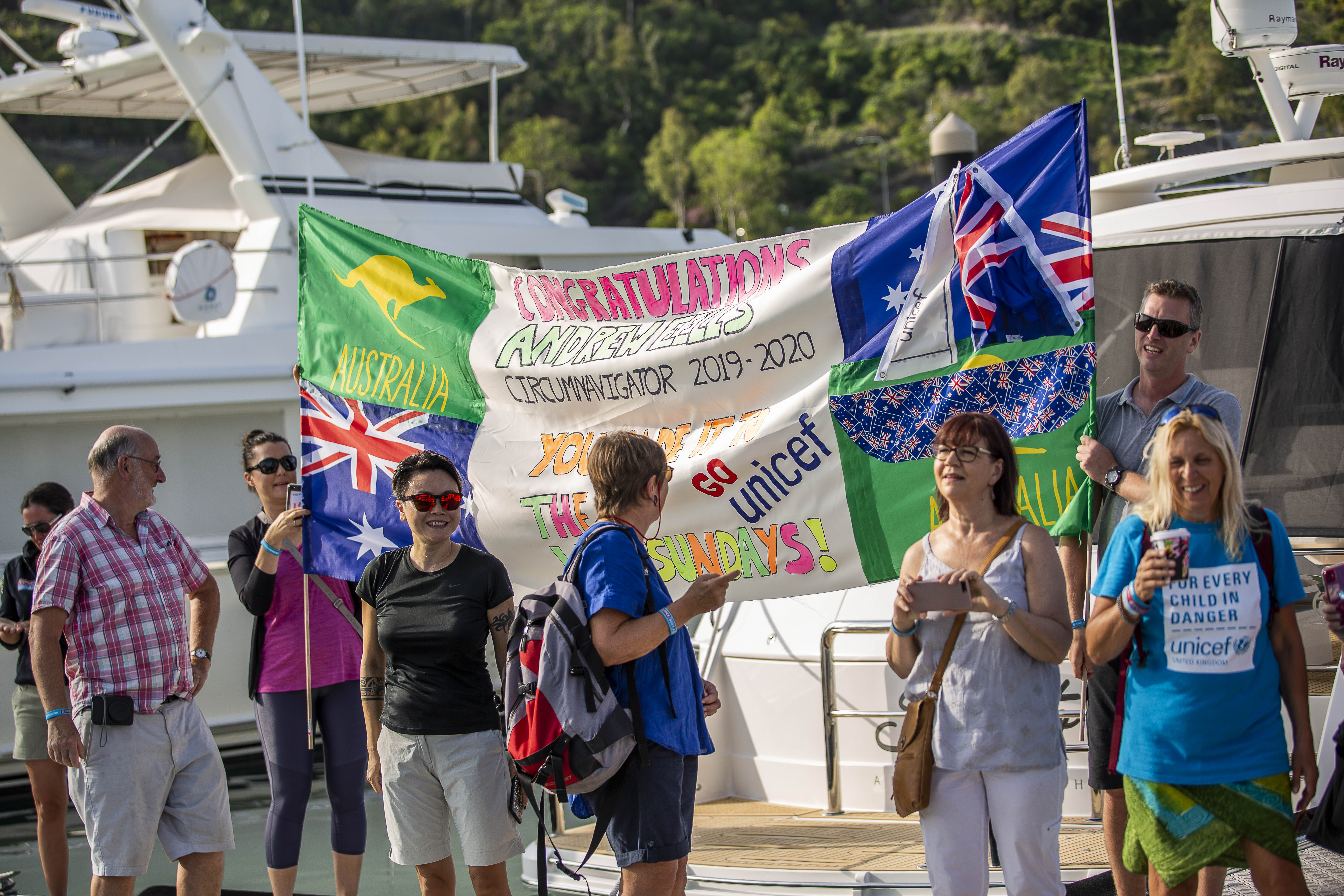 “Morale boosts when we’re knots are higher and then they drop when low but it’s when you get that sense of a chance you forget the tiredness and strive on! We’ve got a great crew and we’ve really bonded well together.”