​Where are they now? Catch up with Callum Leach, Clipper 2019-20 Race Crew

Seven years ago, following some difficult twists and turns, Callum Leach was a teenager living in a hostel faced with unemployment. Fast forward a few years and, at age 21, following a chance encounter with Hull based sailing charity CatZero, and funding from the inaugural teamArchie bursary, a charitable foundation that inspires young people set up in memory of Archie Lloyd, Callum was lining up with his Zhuhai teammates in London to embark on Leg 1 of the Clipper 2019-20 Race. 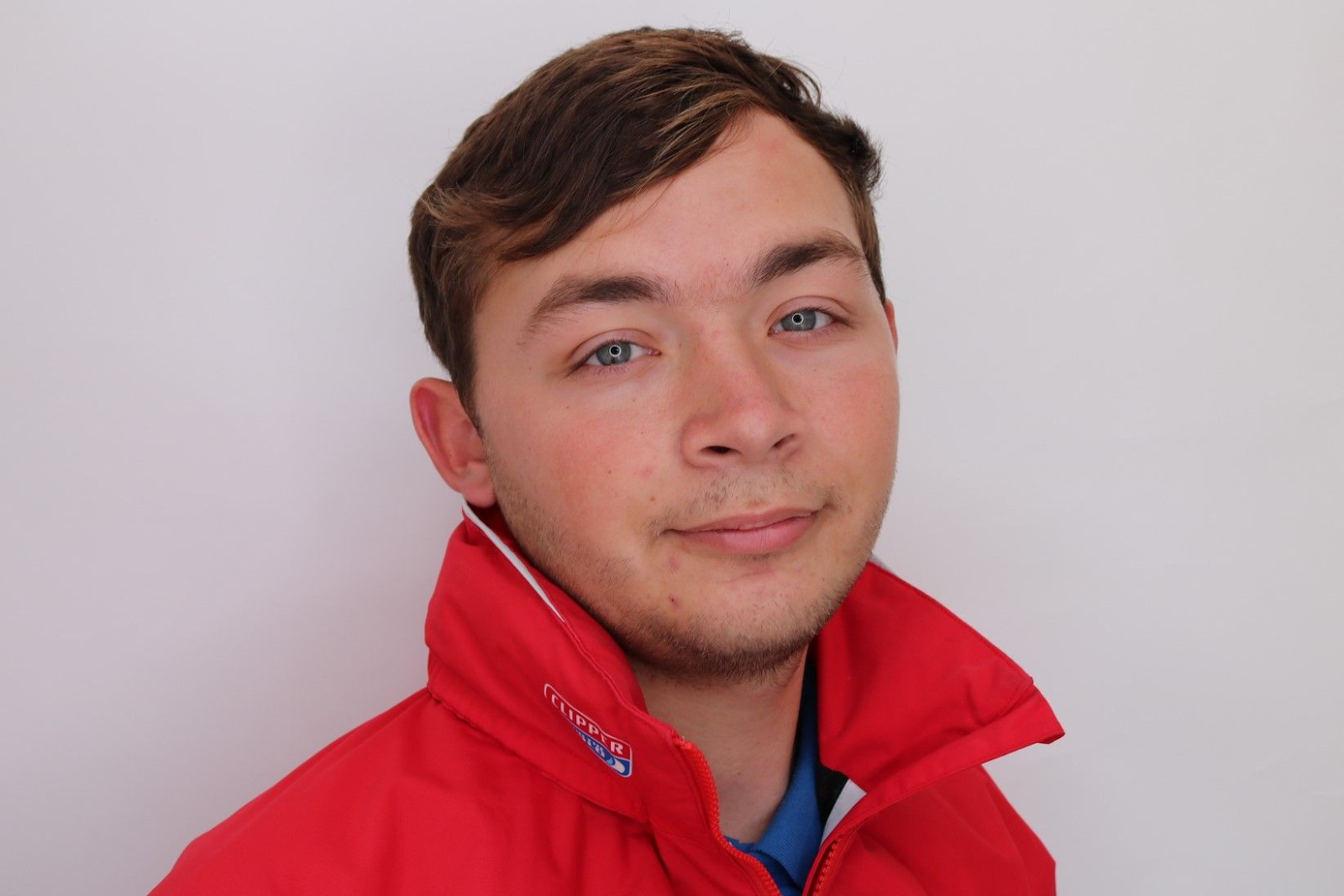 Now, aged 24, we caught up with Callum to find out what he’s been up to since the life-changing experience, and what his plans are for the future as he reflects on his journey.

Although he took part in the 2019-20 edition, Callum’s Clipper Race story began back in 2009 when, aged just eleven, he vividly remembers the Clipper 2009-10 Race fleet departing his home town of Hull to embark on the epic circumnavigation. He said: “I was there with my Dad and thought it was spectacular. It was mind blowing that the round the world crew members would be staying on the yachts for the entire race and I remember saying I’d love to do that one day.”

Fast forward to 2015 and, unbeknownst to Callum, helping the CatZero charity with a boat refit, would set him on a completely new path. Callum was offered a job following his placement and in 2018, former Clipper Race Skipper, Danny Watson told him about the teamArchie bursary place for the 2019-20 edition.

Callum recalls: “It was August 2018, when the bursary application opened. When I went for the interview I was really nervous. I remember going into the building and speaking with Della and Jilly from the Clipper Race and the teamArchie representatives.

I remember the day I was told I got the place like it was yesterday - I was out sailing with Cat Zero on the last sail of the season in December when I saw the email from teamArchie and read it to my Skipper. I felt so lucky to get the opportunity.”

Whilst notching up his sailing experience, Callum undertook the four levels of compulsory Clipper Race training. He recalls: “My first training week was in February/March. It was nice to have some of my existing knowledge that week so I could get used to the boats.

“It was the first time I’d sailed with people who were older than me, all with so much life experience. I really enjoyed finding out about them and why they’d signed up and it was great to sail with all the Training Skippers - you learn so much and I still use their ways of teaching today.”

Later that summer, on 1 September 2019, Callum was lining up with his teammates and ten other Clipper Race teams to embark on The Atlantic Trade Winds Leg, setting off from London, UK, to Punta del Este, Uruguay via Portimão in Portugal, covering 7,250nm. Image: Callum and his team in London prior to Race Start

It would be a race that threw challenges of extreme heat, the doldrums and interesting tactical challenges for all of the teams. Callum reflects: “Before the race, the longest I’ve been at sea is 4-5 days in the Fastnet. I asked my sailing friends for some advice, but I didn’t go with too many explanations - just a clear and open mind.” 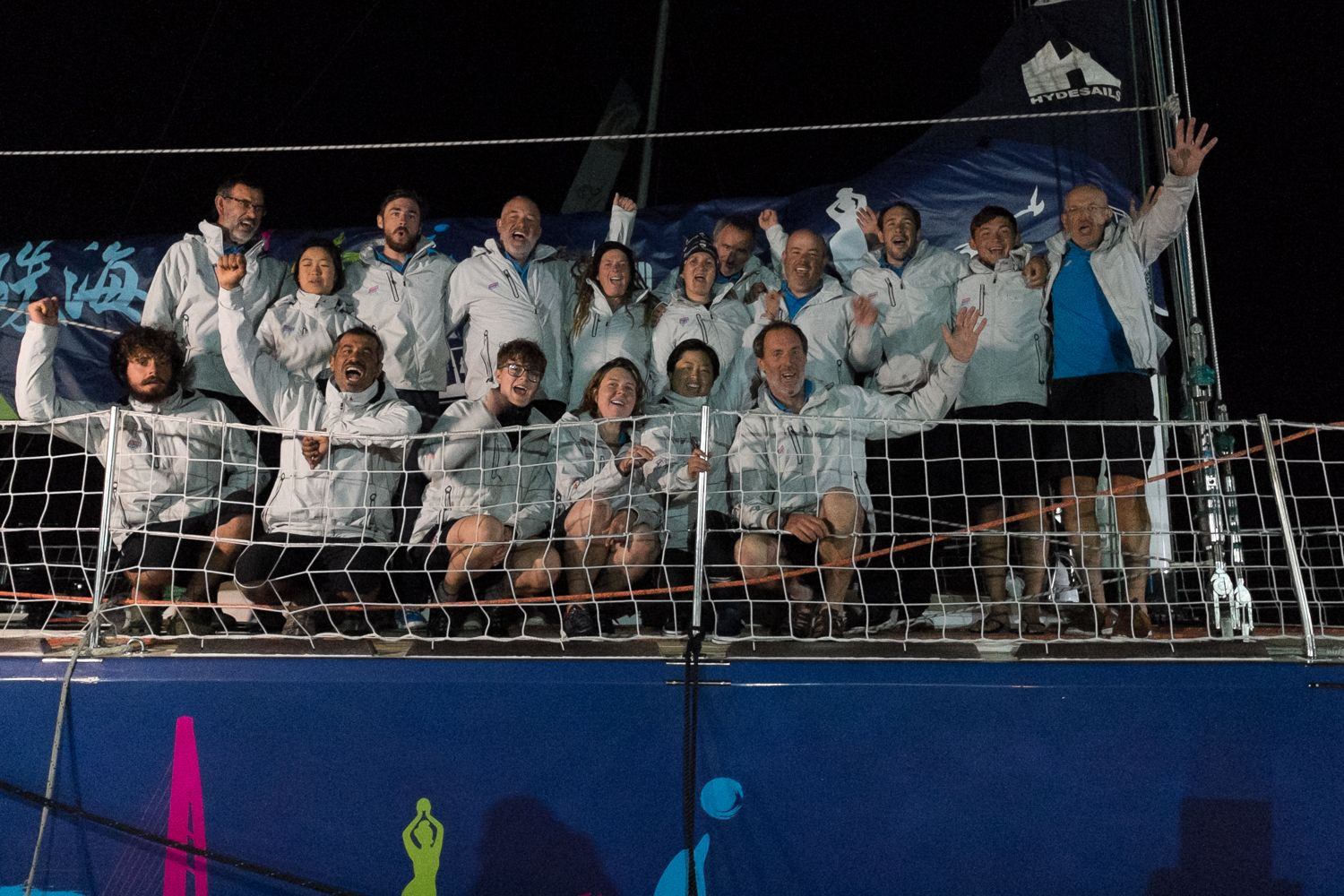 Callum and his team arriving into Portimão, Portugal

He continues: “I developed so much personally during the race, more so than any other time. One of my favourite memories was about 50nm south of the equator. The wind picked up, we had a reef in main and the Yankee 2 up. We climbed a huge wave and the helm was so strong there were two of us keeping it going. We looked down and saw we were going 22 knots! So exhilarating!”

When he arrived into the Uruguayan resort of Punta del Este, he had a surprise visit from Clipper Race Founder and Chairman Sir Robin Knox Johnston. Callum says: “Sir Robin is a patron for CatZero but I had never met him.”

He enthuses: “As we docked in Punta del Este, Sir Robin was standing on the pontoon. He came up to me and asked me how the race went, and how I found it. I didn't even know he knew who I was! He is so great. He said he spoke with Danny [Watson] and told me to go away and do my qualifications and then to come back as a Skipper.” Callum and his team in Punta del Este, Uruguay

For Callum, the race developed more than just his sailing skills: “Nick [Zhuhai Skipper] put me in charge of doing some additional sail training on board. I was anxious about it, about instructing people older than me, having worked with young people, but I was really surprised - they were really grateful and my input seemed to be really helpful.

“It gave me confidence to do other coaching and training for more people - I am a lot more confident in my own abilities.” Image: Callum on the helm with crewmate Kath Haig

Armed with even more enthusiasm for sailing, and a huge boost in confidence, Callum returned home and took on an increasing amount of responsibility at his job with CatZero - form passage planning, winch demos, and taking the boat off and onto the pontoon.

His most memorable sailing since returning was skippering a Southerly 115 from Hull to Wells-Next-the-Sea and back. Callum reflects: “I was the skipper for that trip, and it made me reflect on how far I’ve come and to believe in my own abilities!”

Callum has also been working up the qualification ranks with his RYA Day Skipper, RYA Coastal Skipper practical - and some 35,000 NM - under his belt.

So, what’s next for Callum? He says: “I am off to complete my RYA Yachtmaster Prep Week with Hamble School of Yachting. I am keeping everything crossed that I can pass my exam as it will open up a lot of opportunities for me.