The Bermuda Tourism Authority (BTA) put on an incredible array of events for the crew that reflected the vibrant lifestyle and culture of the island. The aim of the programme was to remind people that Bermuda is open, and to make an impression on the hundreds of international Race Crew so they share their positive experience and return in the future with their families and friends.

The week-long programme kicked off with a Prizegiving event to remember. With a traditional Gombey troupe performance, Rum Swizzles and a sun-soaked backdrop of the marina, it set the tone for the rest of the stopover. 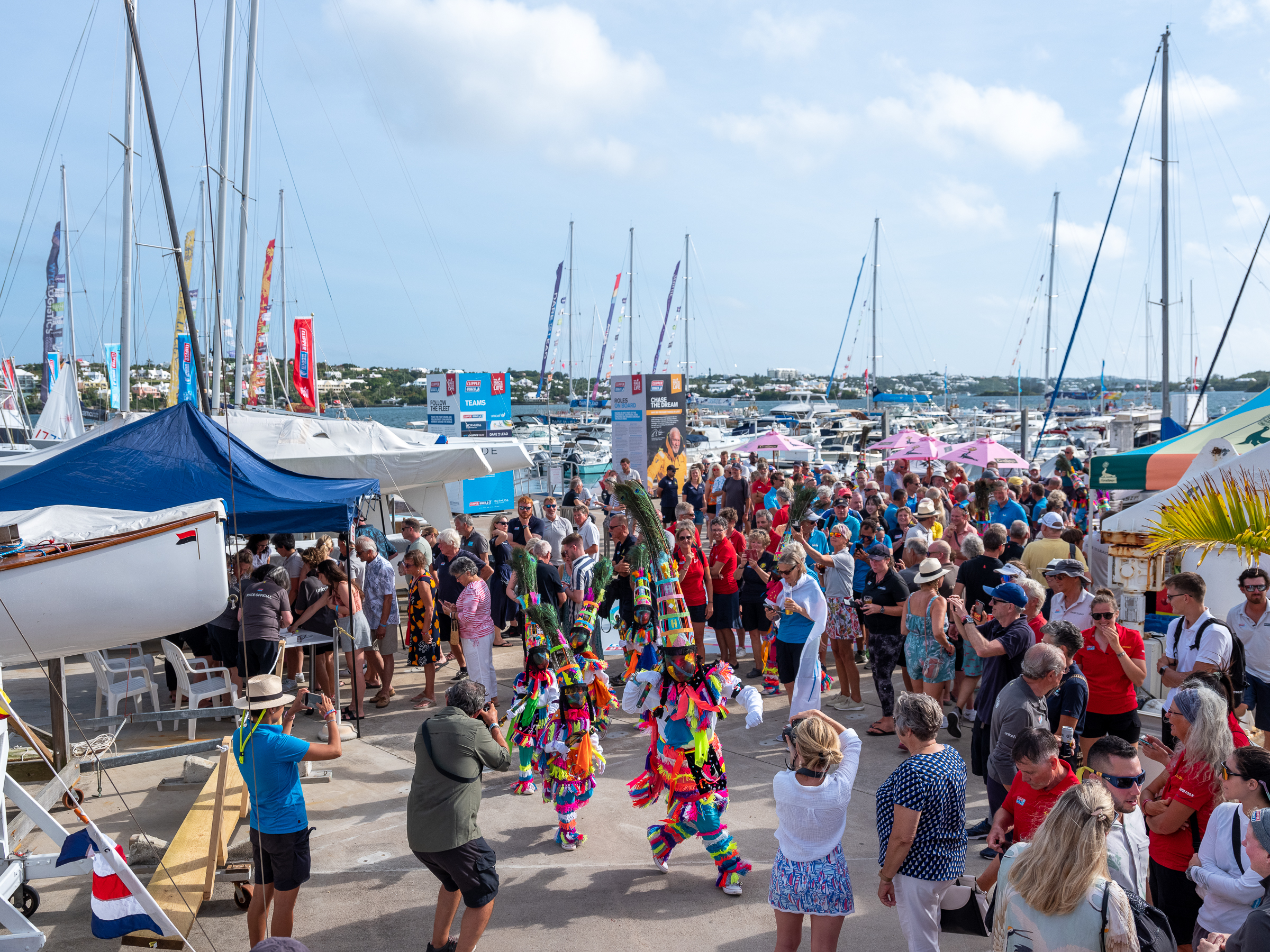 One key event was a curated tour of the island, where crew members visited iconic sights and learnt about the island’s history and culture provided by knowledgeable local tour guides. The day started off with a dip at the beautiful Horseshoe Bay, famed for its pink sand and perfectly clear water, followed by a tour of the Crystal Caves. The tour began in a lush garden lined with royal palms before descending into Crystal Caves, one of the island’s largest and most dramatic cave systems featuring soaring stalagmites and icicles of white limestone dripping from the ceiling. They crossed the floating bridge to peer into a crystal-clear lake, which revealed more intricate rock formations underwater. 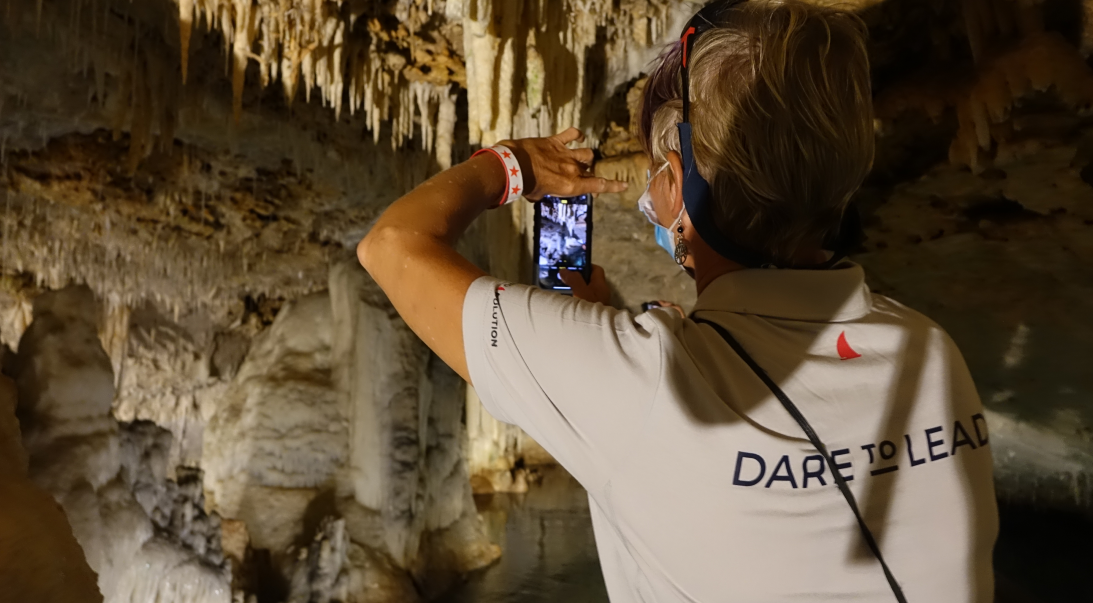 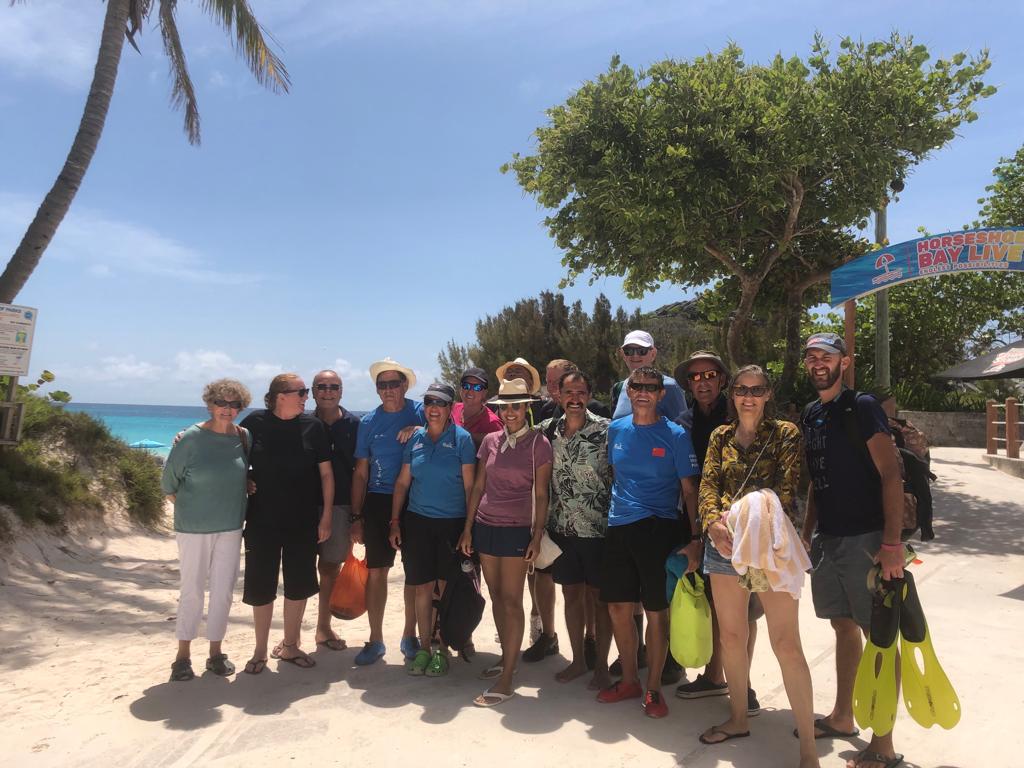 Next up was a visit to the historic town of St. George’s, a UNESCO World Heritage Site, where the crew were able to wander back in time by exploring St. George’s, the oldest continuously occupied British settlement in the New World. As well as snapping some photos of the pretty pastel-coloured streets, the crew sampled a traditional fish sandwich alongside the beautiful bluer-than-blue waterfront.

Another activity on offer was a Gosling’s Rum tasting and tour. Hosted by Gosling’s Brand Director Andrew Holmes, the crew were welcomed to the Gosling’s Cellar with a Dark’N’Stormy on arrival, and spent the afternoon learning about the history of the island’s rum. A tour of HQ followed, where the crew were able to see how the rum is aged and blended, before returning to the bar area for the much-anticipated rum tasting. Needless to say, the crew were well hydrated and thoroughly enjoyed the variety of rum on offer. 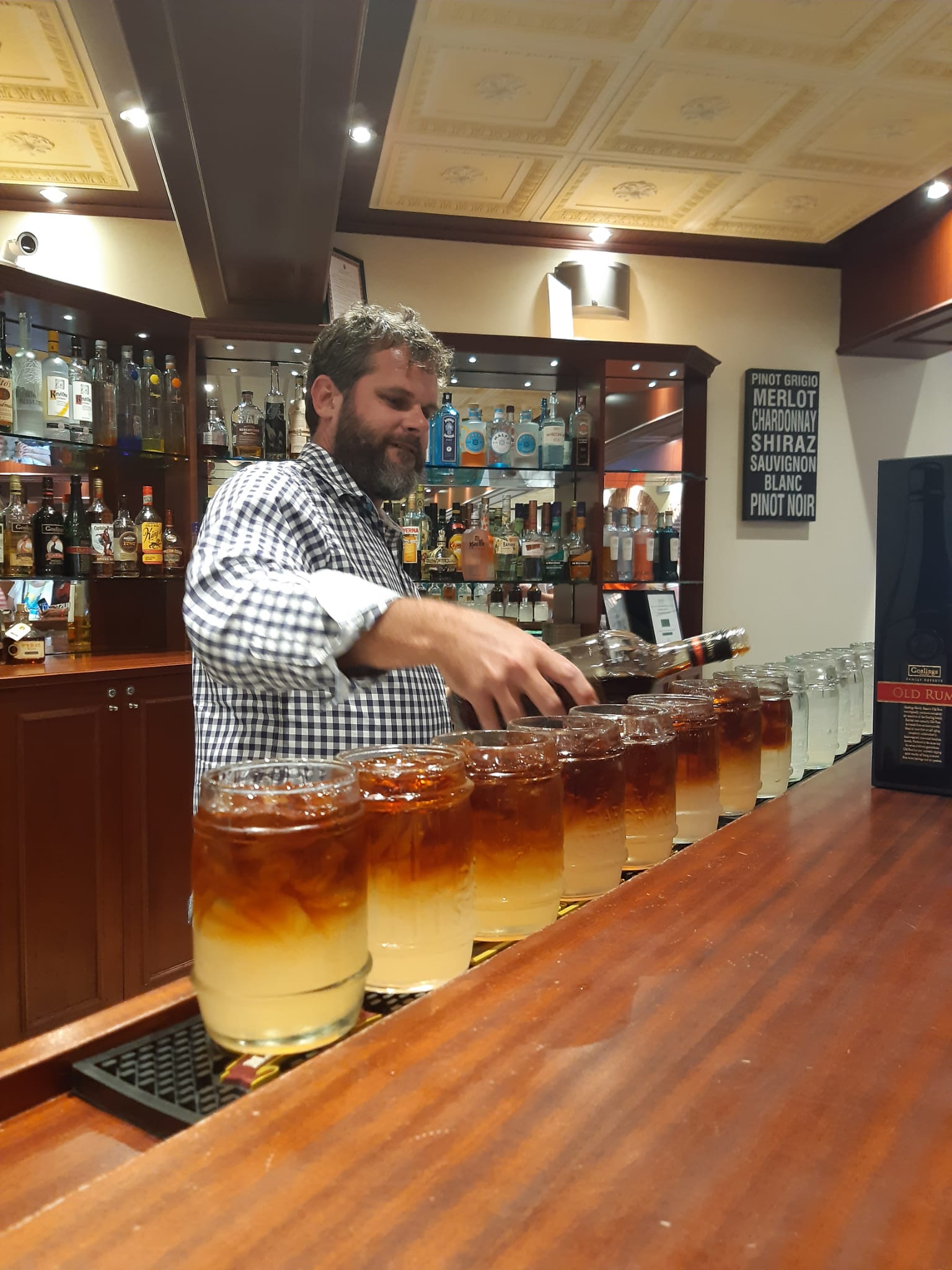 Andrew said: “It’s really exciting to welcome all the Clipper Race participants to Gosling’s for a rum tasting. It’s not often we get such a diverse group of sailors here on the island, and it’s great to show the crew a bit of our Bermudian culture and of course taste some Gosling’s rum!”

In addition to the organised activities, the stopover was perfectly timed to cross over with one of the island’s biggest summer celebrations, Carnival in Bermuda. Carnival is a non-stop party that features local cuisine, Soca music, street parades, and even a raft up on the water. Events included the opening all-inclusive fete, the all-night J'Ouvert Celebration, the Parade of Bands and celebrations for Bermuda's National Heroes.

When the crew, supporters and Race Staff said farewell to the island after an unforgettable week, vowing to return again, the partnership between the Clipper Race and Bermuda was cemented as a huge success. Talking about the impact of the Clipper Race coming to Bermuda, Tracy Berkeley, Interim CEO of the BTA said: “It will give us unprecedented exposure- there are diverse people from diverse backgrounds, colliding on the island in a space where they wouldn’t normally. So what it will do for the island is just re-energise the space, and give the notion that Bermuda is back open for business. 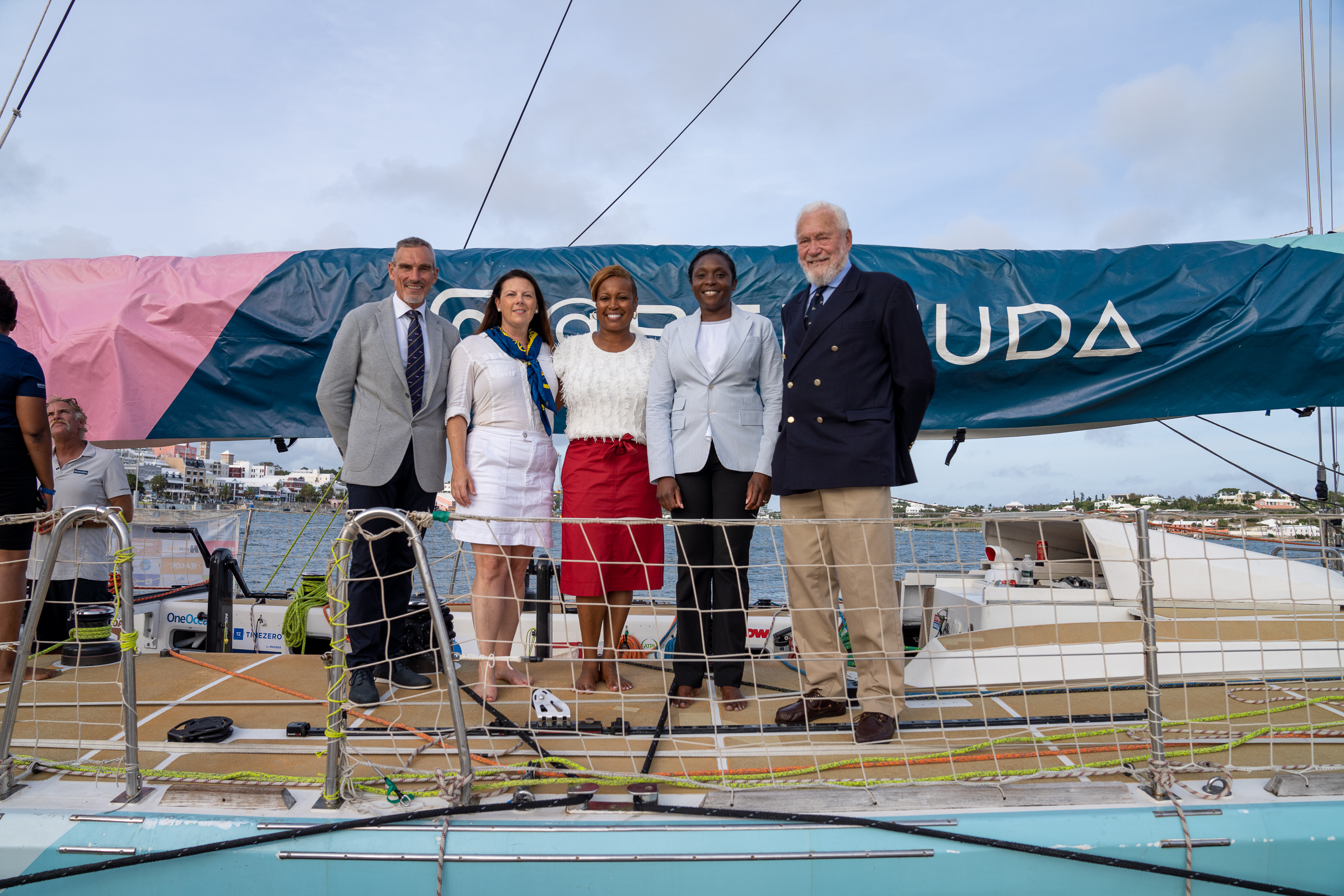 She continues: “It will absolutely impact us in terms of tourism. We have seen that over the past few days the crew and their friends and family have come and stayed at our hotels, eaten at our restaurants and drank at our bars, so the impact is immediate. But beyond that, they’re also talking about returning with their families, and that is the most important thing that we wanted from this.”

Talking about the first-time partnership, she concludes: “Partnering with the Clipper Race naturally aligns with our national tourism plan. One of the key pillars of this is around local engagement, and what we like is the synergy between a group of diverse people coming to Bermuda and engaging with us in a way that is more sustainable and more meaningful. It’s amazing to see all of the hard work come into place, and hugely exciting for us.”

The first-time Host Port Partner also has its team entry, GoToBermuda, which has been flying the flag for the island around the world as it completes the Clipper 2019-20 Race. With the final homecoming leg underway, keep an eye on the Race Viewer to watch how the last of the action during the final two races of this edition unfolds.