Korean news outlet, YTN visited Airlie Beach to do a feature on their home team of Imagine your Korea. YTN is Korea’s premier media outlet and is the country’s first 24-hour news-specialised TV channel, covering a wide variety of Korean news and content from current affairs to culture, as well as business interests from around the world.

The YTN film crew captured footage of the Clipper Race fleet preparing for the next Leg of its 40,000nm journey around the world, Leg 5 from the Whitsundays, Australia to Sanya, China. They also spoke to three Korean Crew Ambassadors; Seonki Chae, Inbeom Kim and YooYoun Cho, to gain more insight into what life is like onboard and hear about their journey and experience with the Clipper Race so far, which will be a useful tool for the Imagine your Korea team to promote the sport of sailing and participation in the Clipper Race in Korea.

Han Kim, International Director of the Korean Sailing Federation and Clipper 2015-16 Race Alumni said, ‘The Korean Government is currently trying to promote sailing in the country. As a result, the Ministry of Oceans and Fisheries is building massive marinas all around Korea. The Korean Tourism Organisation also has a specific division dedicated to promoting sailing and cruising in Korea, so a lot of routes to enter the country via the ocean are currently being opened. The Korean Sailing Federation is aligned with these plans as we also want to promote sport and specifically participation in the sport of sailing in Korea. 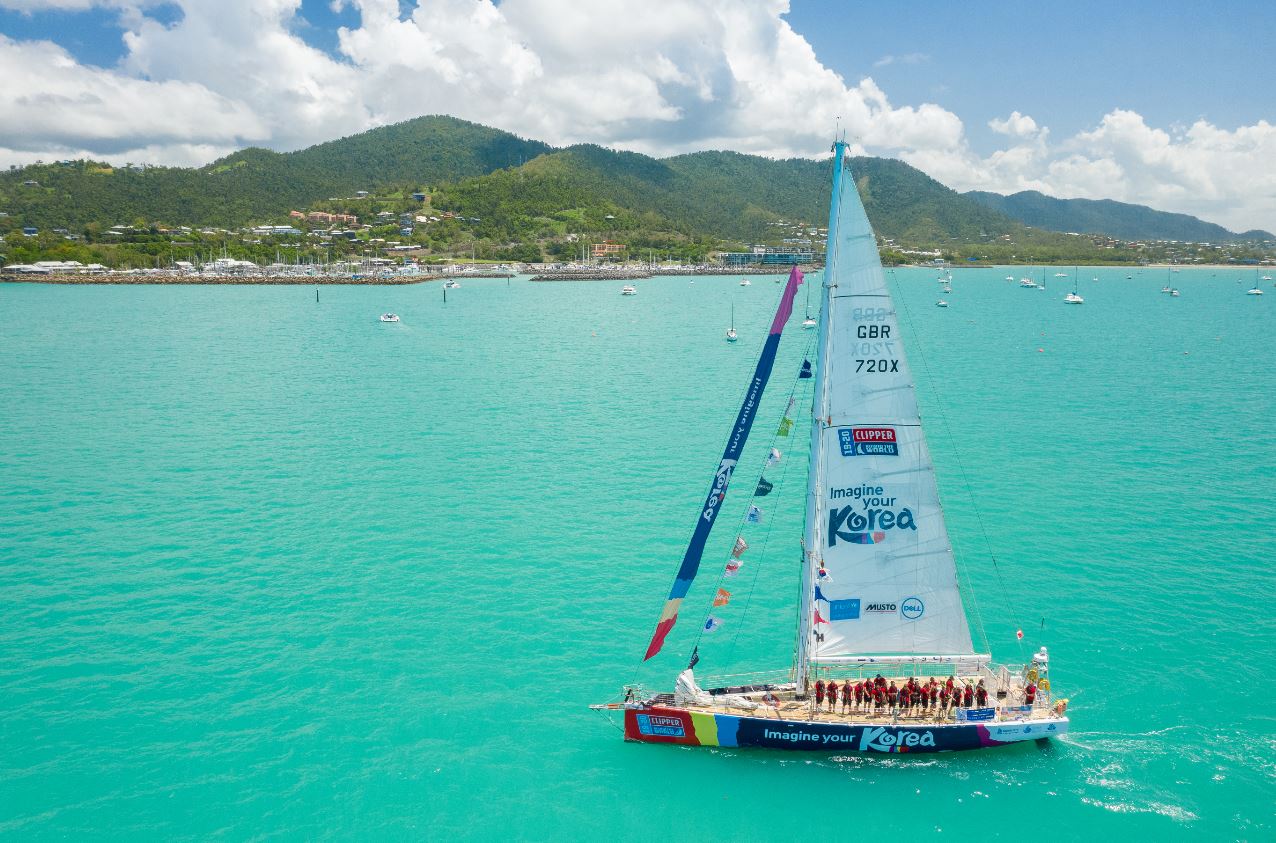 ‘After an interesting selection process, we currently have three Korean crew Ambassadors taking part in the Clipper Race, one on Leg 4 and the other two on Leg 5. I think it is important to us to have an Ambassador programme on board the yacht, because the more sailors from Korea that we have on board the more exposure we have to prove that anyone is able to sail. The Korean Crew on board at the moment are normal people from everyday life, for example, one of them is a student, so I wanted to show that this sport is accessible to everyone, so more and more people can enjoy the sport of sailing.’

The YTN feature has provided the Imagine your Korea team with a broad and large exposure nationally within Korea, which is something they are hoping to grow further as the race progresses. The feature has been broadcasted across the YTN network on 2 February.