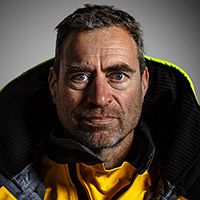 Well it’s the final blog of the race and as such this is going to be a reflective one. For me, as my first circumnavigation, it’s the greatest achievement of my life so far (even with the two year stopover in Subic Bay) and honestly it will be strange to think of the race as something I have done rather than something I’m going to do. Leading the crew through everything that the oceans can throw at them has been an exceptional challenge, unlike anything else in the sailing world. Seeing their courage, kindness and determination in situations that many of them could never have imagined finding themselves when they signed up, and watching them adapt and find their feet on the boat, has been one of the best things about this whole experience for me. A special mention has to go to our new skipper (new to us anyway) Patrick who has taught me and the crew so much, and whose patience and good humour has made this second half of the race the fantastic experience it has been. We couldn't have wished for a better Race Skipper. With that I'll let him have the final words!

I’d like to thank James for the kind words and his knowledgeable input and efforts to keep our ship going; great respect to him staying on the boat from the start (as the only AQP left to do that). With him by my side, my job as a Skipper became much easier than the first time I went around the world in the Clipper 13-14 Race.

This Clipper 2019-20 Race has been a different race for me, as it was not the crew I met and built from the start, but a crew that was determined to finish the job they had started several years ago. As the race comes to a conclusion now, it shows that the Clipper Race ethic is as strong as it was before the pandemic, and that the whole Clipper Race organisation are ready for another edition of the race in 2023.

Soon after the boats are safely brought back to Gosport, I will go home and have a proper reflection on this event, but not for long as my next project already lies around the corner.

Thank you all for reading these blogs and for supporting us on our voyage home.

Patrick and the Zhuhai crew