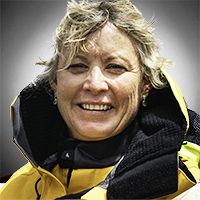 Hello there everybody, it’s James here

Well it’s been a slow news day, we finished our second ocean sprint with Seattle close behind once again and flanked by WTC Logistics, since then we've been straight lining it towards the southern gate. so in the absence of anything massively interesting to say I thought I'd take a leaf out of Qingdao’s book (sorry Chris but I'm really struggling for material here) and ask the crew for some inspirational and motivational quotes, this is what they gave me.

Wendy: " Honestly I'd prefer ice cream in my belly"

Alex: "There's a trick I learned, if you freeze mouthwash it separates the alcohol and you can drink it"

TC: "It's a widely known fact that humans are the only animals with chins"

Nassor: "I know it's you hiding my stuff"

Kath: " It’s funny, the more you drink the better it tastes"

Melodie: "It's called sand because that's where the sea meets the land"

Kent: "Well for winter in the North Pacific it's surprisingly mild"

Pat: "Hands down, Cornflakes have to be the king of cereal"

Chris ball 'fender':"Nothing is actually on fire, the fire is on it"

Anthony: "Can you smell burning?"

Trevor: "There's an alarm in the nav station"

Definitely a mixed bag there from the crew but I think we can all take something from them somewhere, would throw my hat in the ring but I can't think of anything that profound (I rarely can). On a more serious note, Kath is going to get her hair shaved off at the next prizegiving if she can raise £3000 pounds, you can donate to her Kathy Haig just giving account, all proceeds go to Unicef!

Best wishes from Wendy, Myself and all the Crew of Kevin!