The eleven-strong fleet have completed their final equator crossing at a latitude of 00º 00' 0000”, returning to the Northern Hemisphere, which means one important thing; the teams have all participated in traditional ceremonies to mark the crossing of the equator. The landmark event is marked by sailors making offerings to King Neptune to aid their safe passage. 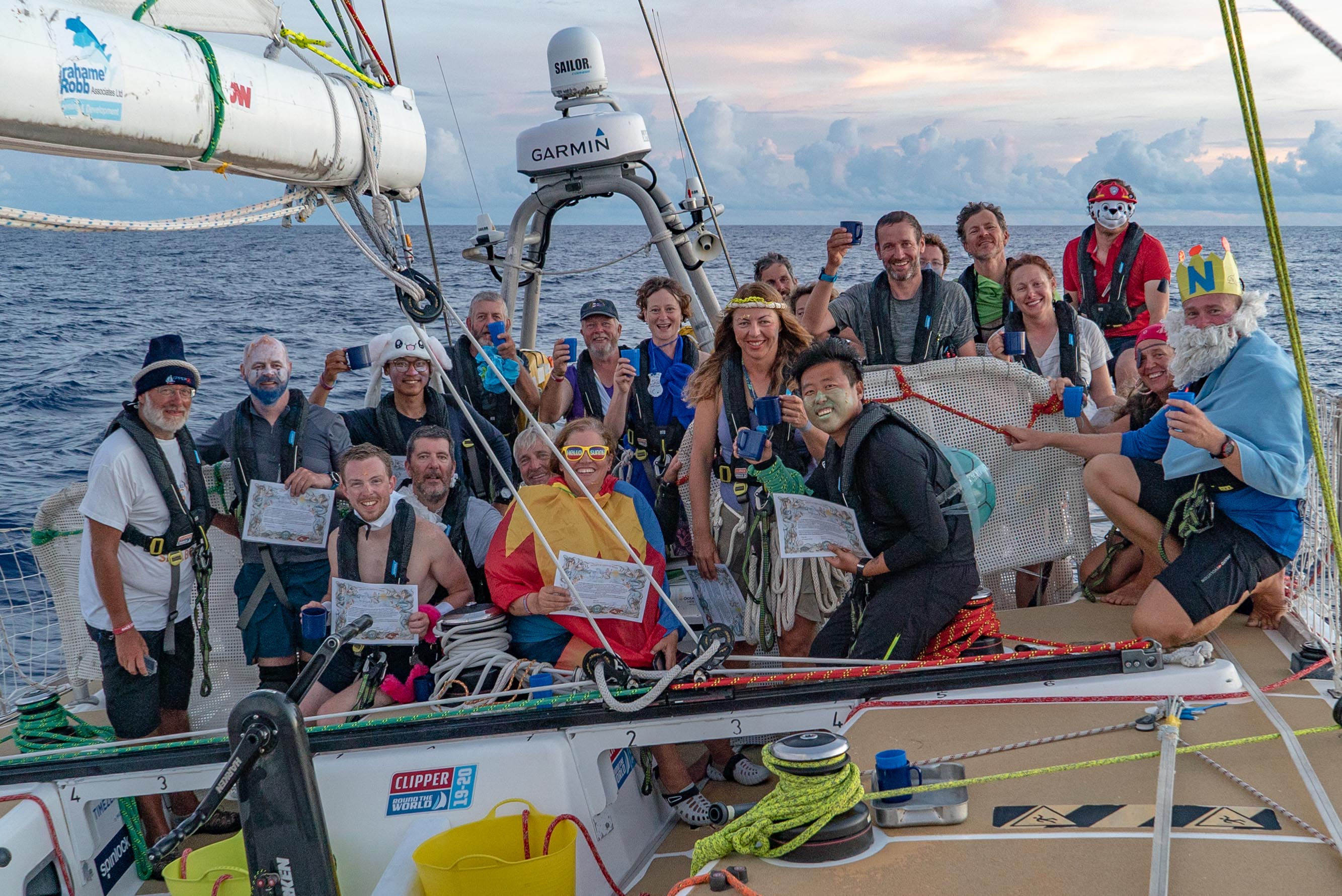 IMAGE: On board Imagine your Korea

The fleet first crossed the Equator back in Leg 1 as the fleet raced from Portimão to Punta del Este, a major milestone for leggers and circumnavigators who took joy in ticking it off their bucket list.

On board each yacht, the Race Crew have celebrated the transformation from being Pollywogs (or tadpoles) - someone who hasn’t crossed the Equator before, to a Shellback -someone who has.

To celebrate, each of the teams host a ‘crossing the line ceremony’ and Pollywogs are required to air their sins in court whereby judgement is passed by King Neptune himself or other members of his court. After hearing their sins and receiving their offerings a suitable punishment is issued before being blessed, transforming the slimy Pollywogs into trusty Shellbacks. Famous for often including head shaving, shots of hot sauces, or a showering of porridge, the crews do all they can to appease King Neptune. 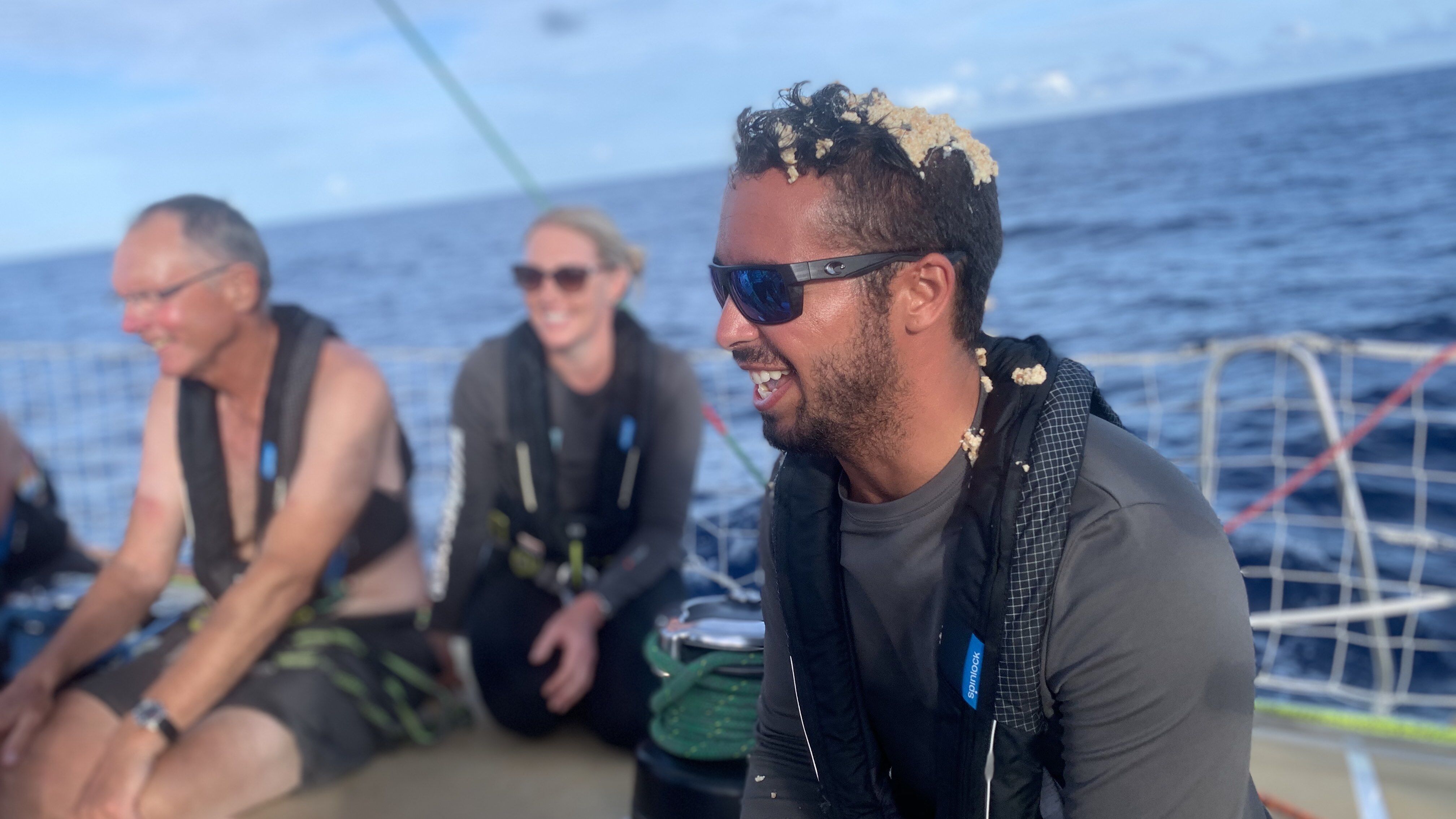 IMAGE: On board Qingdao

Rich Gould, Skipper of WTC Logistics reported: “With our Pollywogs assembled in the cockpit, King Neptune and his helper appeared above decks. Davy Jones opened proceedings, explaining that our Pollywogs, having now crossed the equator by sea, could become Shellbacks. But not before confessing their sins to the King Neptune's court, taking the truth serum and then being punished for their sins, after the court inevitably finds them guilty. One by one sins were confessed, what these were shall remain aboard Black Betty!”

On board Imagine your Korea, crew member Elaine Leigh, now a trusty Shellback reports: "Some of us were summoned to Neptune’s court to defend ourselves for crimes against the sea. With the amount of tuna and sweetcorn we have eaten so far we had no choice but to plead guilty to at least one of the charges: eating fish and forgetting that, to mis-quote Nemo, "fish are friends not food". So, the Pollywogs exercised their creativity and wrote poems, odes and limericks to appease the court and when granted clemency were officially anointed as Shellbacks".

Oh what a night! As David Bowie sang ‘The Stars (Are Out Tonight)’ and the night sky has been charming the teams in the most glorious way.GoToBermuda Skipper, David Immelman, commented: “So with a very starry night and loads of bioluminescence in the water around…

It’s been a busy day for the fleet. King Neptune has been dashing between the teams to test the equator…