Oh what a night! As David Bowie sang ‘The Stars (Are Out Tonight)’ and the night sky has been charming the teams in the most glorious way.

GoToBermuda Skipper, David Immelman, commented: “So with a very starry night and loads of bioluminescence in the water around us, we had another night of ooohs and arrs as the squid and jellyfish banged into a bright glow, or the dolphins left a trail of glowing water in their wake, while the shooting stars speed across the skies.”

The North-Westerly wind has invigorated the fleet and the teams responded accordingly with a variety of tactical strategies. WTC Logistics has gone into Stealth Mode, as Skipper Rich Gould reports: “Today is going to be a short one as we are very much in secret squirrel mode, much to the frustration of my Dad back in the UK. I have it on good authority that he is really going cold turkey without his hourly Black Betty fix, as I imagine many others of you are too! ”For those who are new to the Clipper Race, the teams can opt to go into ‘Stealth Mode’ for 24 hours in the race during which their progress is hidden. Meaning they are able to trial various tactical manoeuvres and their progress is hidden from their competitors and indeed the Race Viewer. 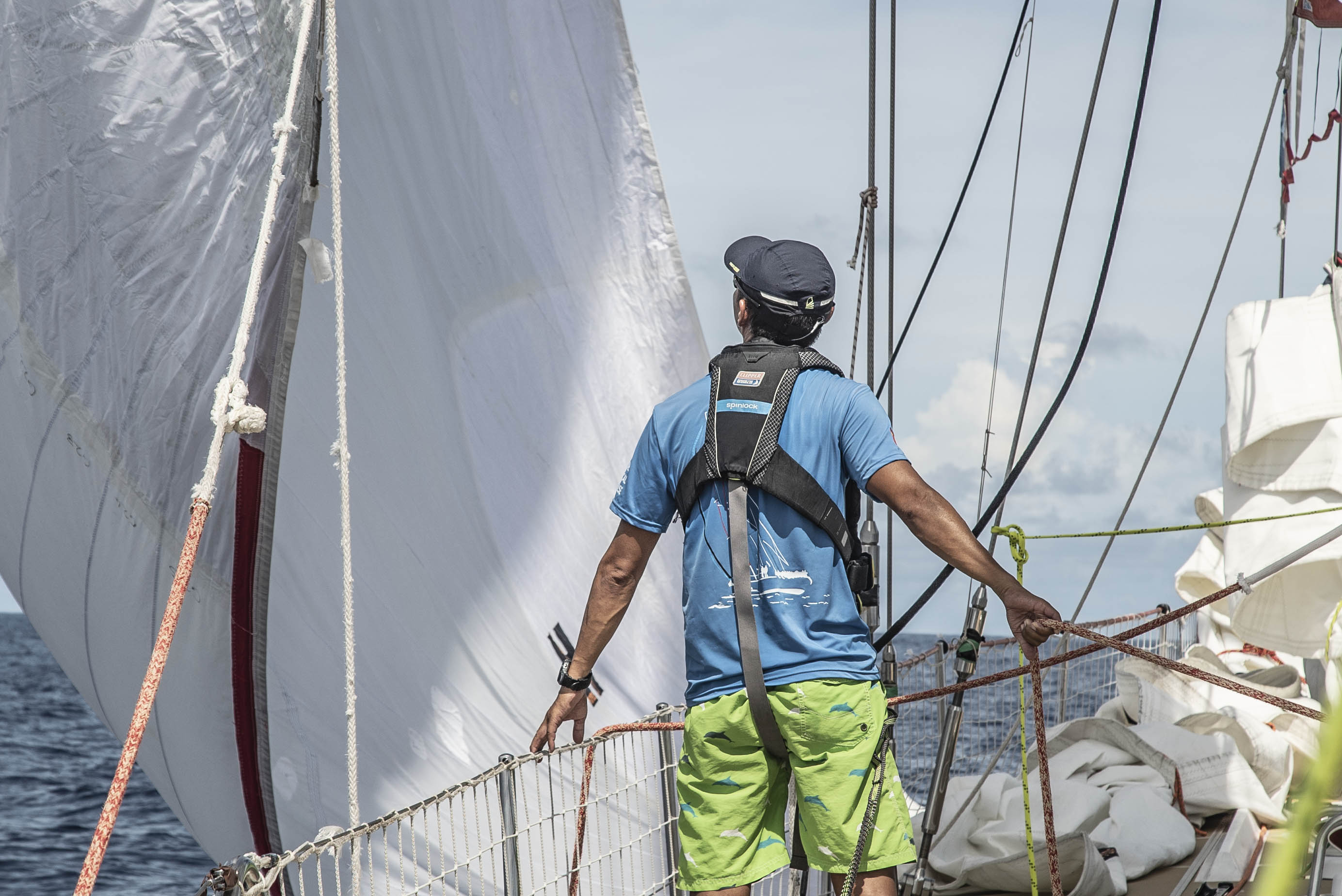 Ha Long Bay, Viet Nam emerged from Stealth Mode and whilst it retained its pole position it has been reduced. Skipper Josh Stickland says: “Well, we are out of stealth and have lost 50% of our lead, which is not great but it's certainly put a metaphorical rocket up our bums.” Only time will tell if this gamble to implement Stealth Mode at this stage of the race will pay off. Zhuhai and Dare to Lead are neck and neck, with little between the two teams. Zhuhai Skipper Wendy Tuck, remarked on the close competition: “We have had Dare to Lead (hello Guy!) in our sights for 24 hours now. Its good as it helps with motivation.”

The skipper went onto say: “I’m currently reading ‘A force of nature’ by my boss and it’s stopping me from sleeping! Every time I think we are having a tough time e.g. not moving and watching everyone else move I think of all the hassles Robin went through during his 2006-07 Velux 5 Oceans campaign.” Clearly reading of Sir Robin Knox-Johnston’s racing exploits and successes is providing important motivation. Elsewhere, there is a battle between Qingdao and Imagine your Korea with the teams coming to within 500km of each other. Qingdao Skipper Chris Brooks applauded its opponent's strategy and said: “A big shout out to Rob Graham and Sam Cooper who are less than 500m away and will be giving us a challenge no doubt for the next tens of miles, whilst we are still in sight of each other. Rob and Sam skipper and AQP of Imagine your Korea, are now choosing a slightly different course.”

Talking of courses, Unicef is yet to benefit from the trade winds but are ready and waiting. Skipper Ian Wiggan says: “On all fronts we are looking good and we are ready for what promises to be a fast few weeks of sailing. The difference between an ordeal and adventure is attitude. On Unicef we are having an adventure.” 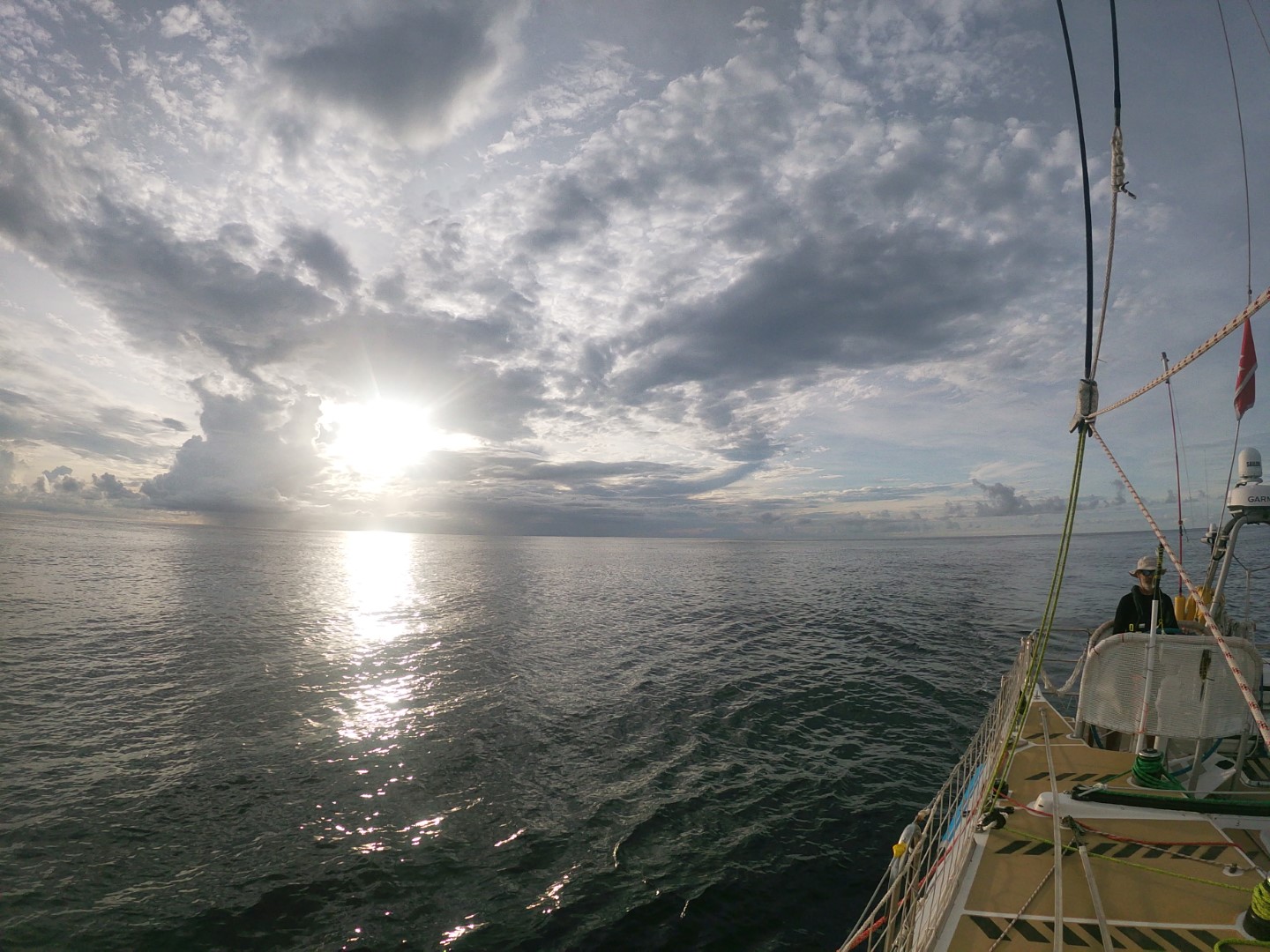 As Sir Robin Knox-Johnston says, adventure is what makes us human and this is precisely why so many people join the Clipper Race. It’s all to play for in Race 6: The Sanya Tropical Paradise, as the fleet continues its journey. Make sure you keep up to date with the latest news and views by monitoring the Race Viewer and by following the Clipper Race.

It’s been a busy day for the fleet. King Neptune has been dashing between the teams to test the equator crossing newbies and then bestowing them with shellback status, a badge of honour to savour forever. And three teams successfully crossed the Scoring Gate first,…

Race 6 - Welcome to the Northern Hemisphere and Long Live the King!

As the rest of the fleet enter the Northern Hemisphere, the teams are continuing to implement the best strategy…

Another day, another windhole. Life at sea had ground to a halt for the majority of the fleet over the…