Another day, another windhole. Life at sea had ground to a halt for the majority of the fleet over the course of the past 24 hours. And with the light wind looking to continue until Monday, the teams have resigned themselves to “bobbing around” this weekend and what Skipper Rich Gould of WTC Logistics has called a ‘painful rinse and repeat cycle of Staysail up, Staysail down.”

In the daily Skipper blogs received back from the boats, each one has described the still conditions faced on day 9 of this current race. Dave Hartshorn, Skipper of Seattle: “A low pressure system has moved NW leaving a “wake” of light airs behind it, which has prevented the trade winds coming south. That leaves two options, stay south and wait for the trades to come to us or head north to get to the trades as they come south.” 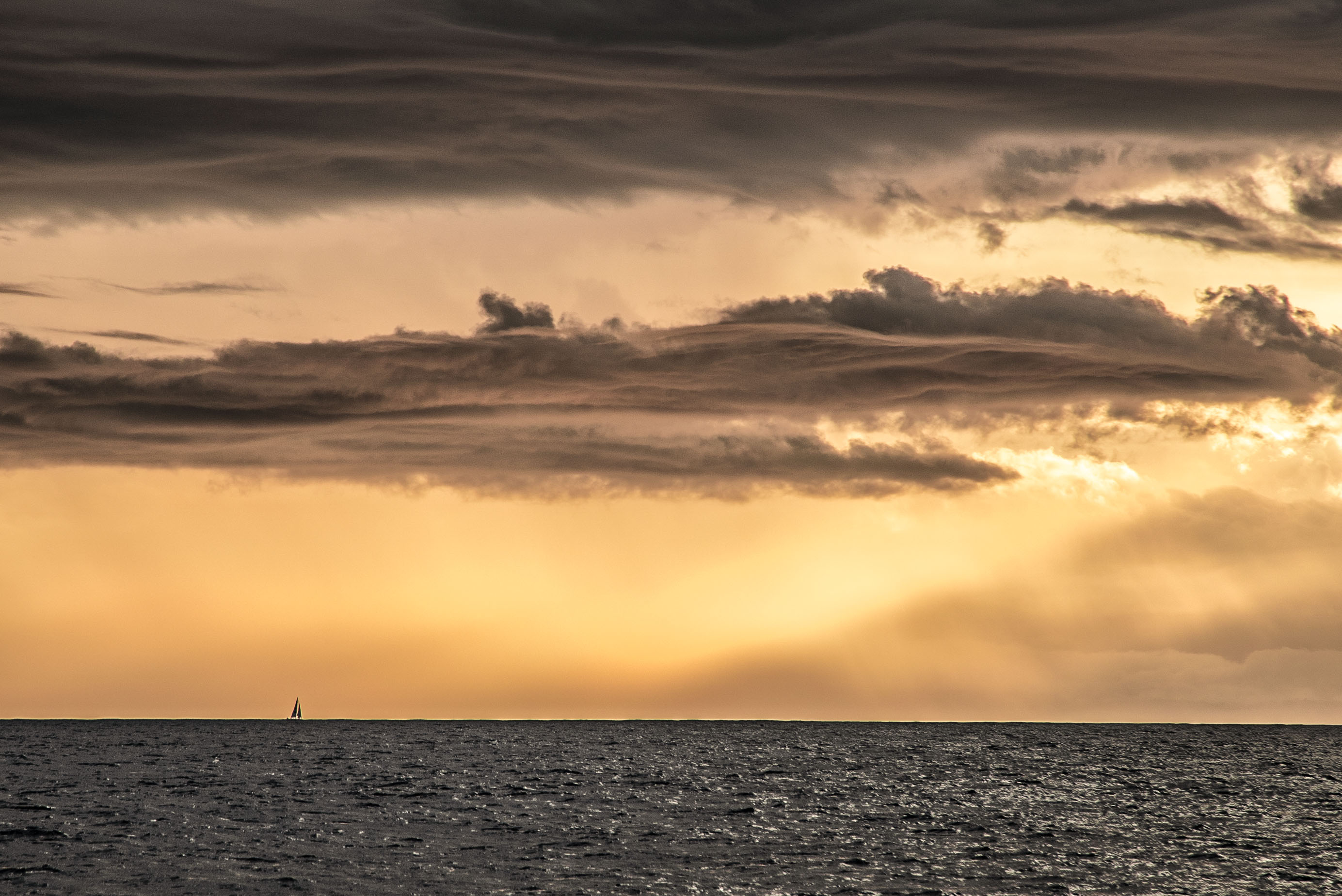 Unicef ahoy! Unicef sighted from on board Visit Sanya, China

First Mate on board Ha Long Bay, Viet Nam, Hugo Picard, much like any other ocean racer, is a self confessed loather of light wind and describes his team as “just floating like a log of wood in the middle of nowhere”. He jokes: “We seem to have lost track of time, we left about 10 days ago, but could be much more. Airlie Beach seems like a distant mirage, and based on our current speed, we should reach Sanya around mid March. So everybody just floats, our small community bobbing around.”

Four of the teams have now crossed the equator, a rite of passage for a sailor and a greatly anticipated feature of both Legs 1 and 5 in the Clipper Race. Punta del Este saw Queen Neptuna hold court in front of the Pollywogs on board (those who have not yet crossed the equator at sea).

Says its Skipper, Jeronimo Santos Gonzalez; “From today, they will have something that separates them from common land lubbers and they can stand proud knowing Neptune has welcomed them. They paid with a few scoops of an undetermined mix of cooking ingredients and a drink of equally revolting ingredients. We all had some fun and celebrated an important moment for all sailors that venture the oceans.” 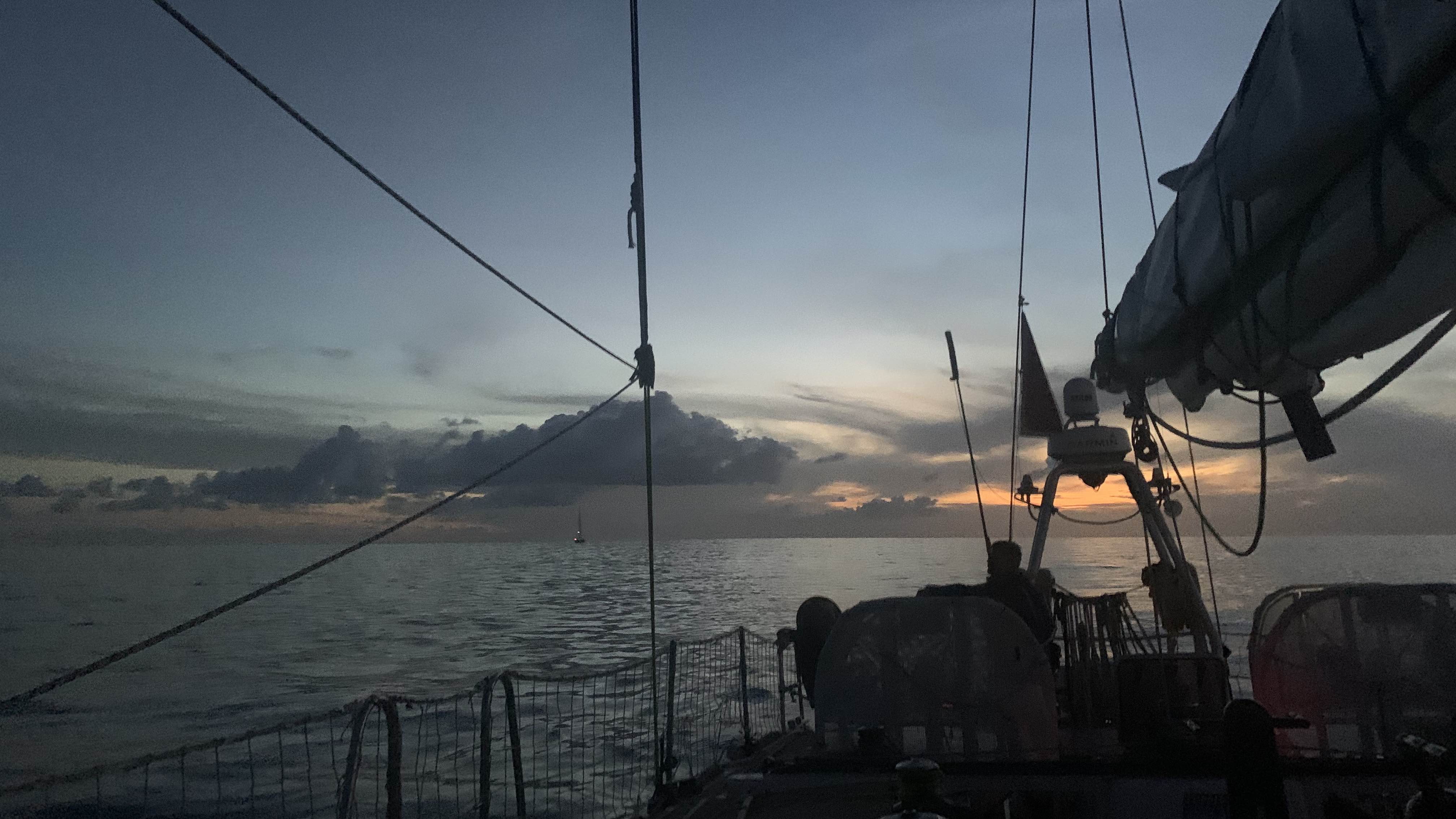 One of the Clipper Race teams creeping up on Qingdao

News surrounding other planned ceremonies to honour this occasion are still being kept under wraps by the Skippers but photos and videos are expected in the next few days.

Explains Qingdao First Mate, Rhiannon Massey: “We have a good few crew members who will be sailing across the equator for the first time. No doubt there will be some celebrations and tasks for both the first time crossers and those now already initiated crew members on board. But you will have to find out tomorrow what King Neptune brings for us.”

Race 6: Out of the Doldrums and onto the Scoring Gate

After a day at the races that saw a total shake up in the current overall race standings, the teams…

​Busiest boot to date for Clipper Ventures in Düsseldorf

Whilst the action continued in The Whitsundays, in Europe the Clipper Race team headed to boot Düsseldorf last week…