The Clipper Race fleet has made its way through the beautiful Great Barrier Reef as they navigate away from Australia and start their route to China with the first stop being Sanya in Race 6 of Leg 5: The Sanya Tropical Paradise Race.

The fleet has taken part in a Le Mans Race Start which took place at 0700LT (2100UTC). Imagine Your Korea’s Skipper Rob Graham who was the Race Officer for the Le Mans start states that there was a “good clean start by all eleven boats, Punta del Este and Imagine your Korea did well in the centre and Visit Sanya, China and Qingdao did the best either side. Everybody was holding a south tack for the moment but heading up to close-hauled.” 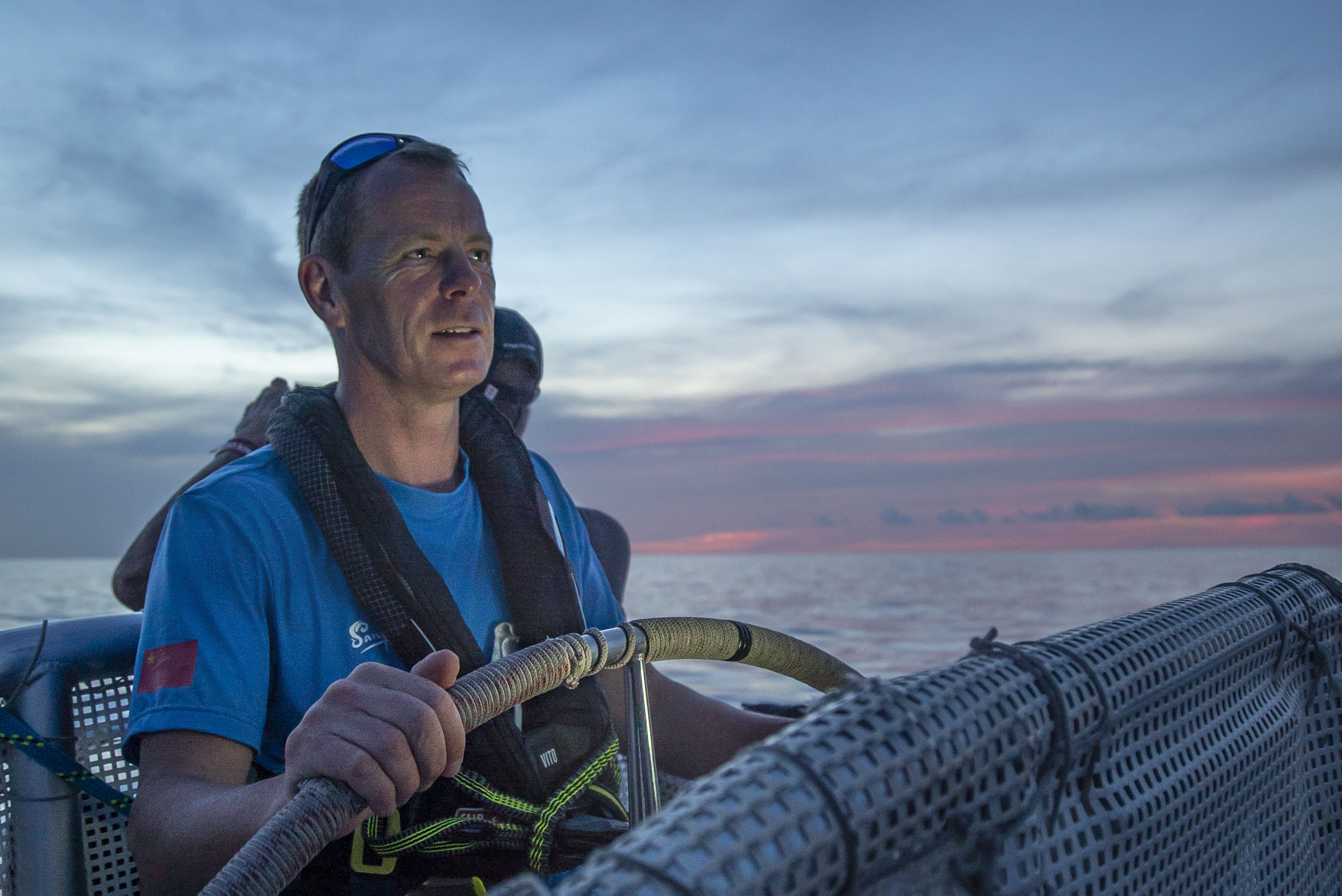 So, what is a Le Mans start? Essentially all 11 of the fleet were lined up under engines with their mainsails raised and their headsails ready to go. Upon Race Start, the fleet can proceed forward raising their headsails and it is a rolling start.

Without doubt, the sense of occasion and sight of the Le Mans start was admired by all. WTC Logistics Skipper, Rich Gould says: “A Le Mans start is certainly an impressive sight, with whole fleet all raising head sails at the same time, the sound of 22 sails being raised and many winches spinning filling the air”

Currently sitting in the lead on the Clipper Race Viewer, is Ha Long Bay, Viet Nam, with WTC Logistics and Seattle currently in second and third place respectively.

At this early stage, all crew members are observing the other boats tactics with interest. However, the weather conditions continue to frustrate the crew. Imagine Your Korea’s AQP Sam says: In these conditions there is no way out, other than to keep making the best of what little puffs you can find. This can be frustrating and tiring in a way that heavy weather sailing is not.”

The delay to the start of the race provided ample opportunity for some fleet members to improve their skills. For new crew members that joined the race in the Whitsundays, this has been an intriguing introduction to ocean racing. Their fellow crew members have been quick to impart their knowledge on to the ‘newbies’.The hot and heavy weather conditions do not make for the most comfortable of passages. Qingdao’s Skipper, Chris Brooks reveals that: ‘It has been a tough day under the scorching sun. There have been very light winds and half of us have fallen into a wind hole.”

Unicef’s Skipper Ian Wiggin is in agreement. He says:“The going has been slow - we have only managed 8 miles as the crow (seagull??) flies in the past 7 hours - but we are right back amongst the fleet. It is a real chess match at the moment, as we fight quite a strong current and some very changeable light winds which seem to be both conspiring to drive us south at the moment and undo all those hard fought gains of this morning. The forecast is for more of the same over the next 48 hours or so, so our resolve, patience and determination will be tested to the full.”

Keep an eye on the Race Viewer to find out how the race is progressing.

21 January 1030 UTCDue to lack of wind, the fleet has continued to motor-sail before they start Race 6: The…

The Whitsundays has delivered a feast for the senses, from the azure blue waters to the stunning natural landscapes of…