Adventurer and Visit Seattle crew member Martin Frey has made history by becoming the first person to have scaled the seven summits and sailed the seven seas with the culmination of the Pacific Ocean crossing.

Martin, 56, from Utah, USA, crossed the North Pacific with the crew of the Visit Seattle entry, arriving into Seattle today (Sunday 17 April) after the 5,768 nautical mile race from Qingdao, China.

Martin’s Pacific race was the culmination of eleven years of global adventures spanning 35,000 nautical miles and more than 14.5 vertical miles scaling the highest summit on each continent.

Upon arrival, Martin was reunited with his family in Bell Harbor Marina, Pier 66. Martin thanked his wife Kym and mother Charlotte for their support, and dedicated the Pacific Ocean crossing to them and daughters Lily and Meredith. He said:

“The mighty Pacific certainly showed us everything she can muster. As soon as we turned the corner south of Japan, we got hit by head on waves, and I got seasick. From then on, the violent storms were just relentless all the way through. I have seen the biggest breaking waves and winds out there.

“Even though you were miserable in the moment, you have this inner confidence and resolve that you will endure and persevere through the challenge. I think my previous experiences helped with that.

“The Pacific Ocean crossing was the toughest thing I have done out of all the challenges, including climbing Everest. It was extremely hard physically and mentally due to the hostile environment which saw us encounter snow and big Pacific storms regularly.

“I loved the team aspect of the challenge - during the tough times, everyone really helped eachother pull through.

“It is an incredible sense of achievement to have completed what I set out to do eleven years ago, and I wholeheartedly thank my family for their support throughout the long journey.

“We have had to prioritise a lot of things for this, but it was something I felt I had to do and I look forward to seeing where this takes me next. There are always a few adventures in the back of my head, but we will hold off until my wife comes on board for some of them and then go from there,” Martin added. 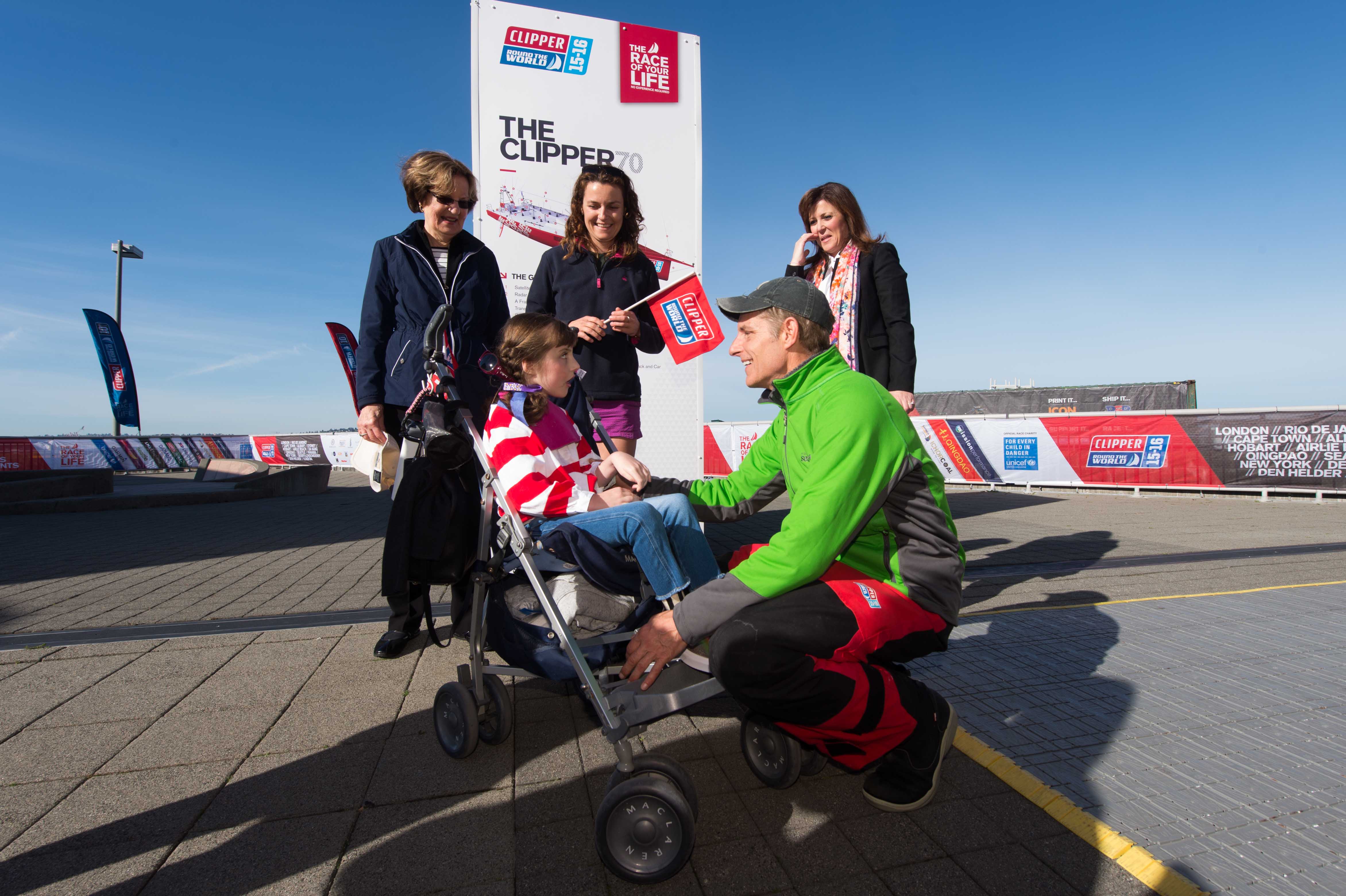 Martin’s wife Kym added: “If you stand next to Martin long enough you get to experience the adventure too and it rubs off on you. Our daughter Lily has been wonderful and has benefited the most. Her life is very quiet as she will be very happy sitting in her wheelchair; but she has been following her dad and participated and become our little ambassador really.

“It is great to see him accomplish the goals he wants to. It’s really spectacular and I get to travel around with him sometimes and I enjoy us sailing and being together as a family unit,” Kym added. 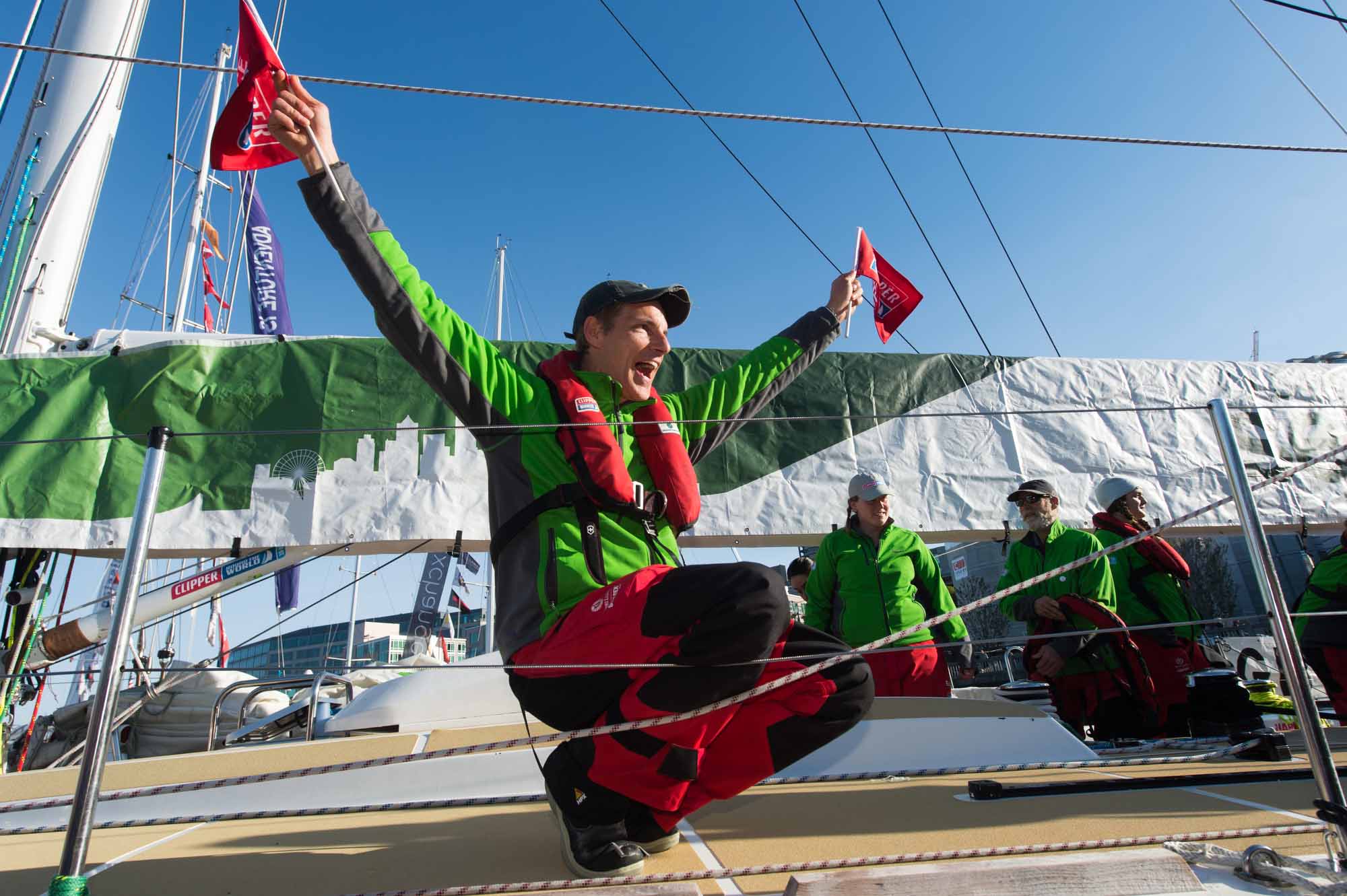 Martin's Seven Summits quest began in 2005 with Africa’s Mount Kilimanjaro. Upon summiting Antarctica’s Mount Vinson in 2012, he had climbed the highest peak on every continent and set his sights on sailing the Seven Seas beginning with the North Atlantic. In addition to the Clipper Race, Martin embarked on sailing expeditions to cross the Southern and Arctic Oceans, and circumnavigated the world on his catamaran, sailing almost halfway with his family.

Following his unprecedented achievement, Martin hopes to inspire others through speaking engagements that blend personal lessons from his own adventures and 30 -year business career. He previously spent 13 years in Silicon Valley as a senior director for Cisco, where he ran a global support organization for Cisco’s top service provider customers. In 2004, Martin moved to Utah, where he served as managing director of the Utah Governor’s Office of Economic Development. He is now an active angel investor.

○ On November 10, 2013, Martin also summited Mt. Kosciuszko in Australia since some consider it to be part of the Seven Summits, not Carstensz Pyramid. 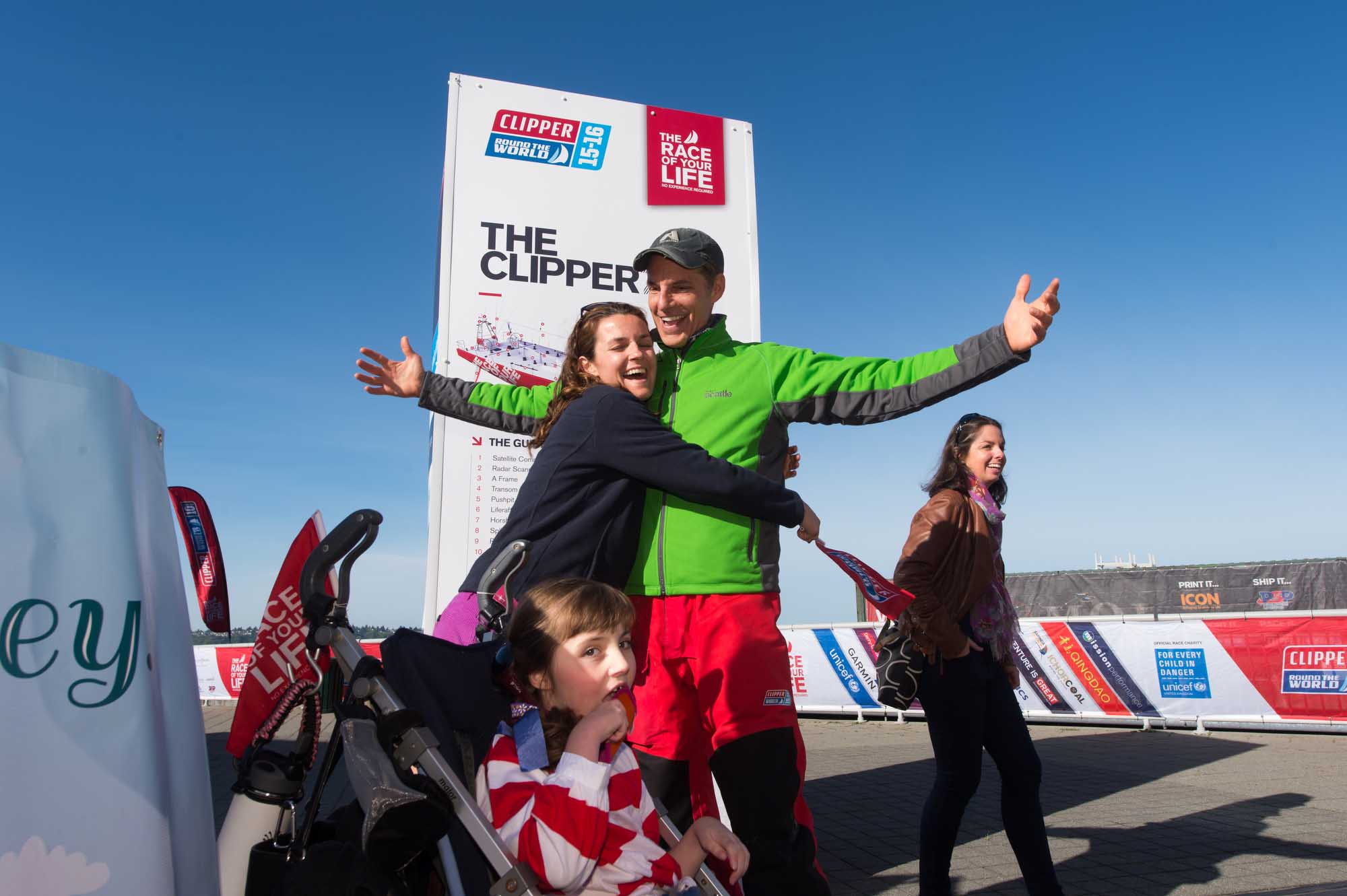 The Emerald City beckons for the remaining teams completing the Seattle Pacific Challenge. But with high pressure building over the coast there could be a sleepless night ahead (local time) for the Skippers and crew wanting to make landfall as soon as possible.Routing and sail…

Mission Performance has arrived into Seattle after finishing in seventh place in the Seattle Pacific Challenge.Upon arrival, Skipper Greg Miller…