On a sunny Sunday morning in Seattle against the majestic backdrop of Mount Rainier and the downtown city skyline, home port entry Visit Seattle arrived into Bell Harbor Marina, Pier 66 to a hero’s welcome.

The Marina was awash with friends, family and supporters in their bright green team kit, as well as representatives from Sponsors and partners Seattle Sports Commission, Visit Seattle and the Port of Seattle, who welcomed the team to the USA.

“Being out in the Pacific it has been grey and then you cross the finish line and you have blue skies, mountains and greenery that we have not seen for a while and it’s a welcomed sight.”

“During this race we have had one storm rolling into the next into the next big gale and then occasionally some restpite, but it was the trip that everyone expected and ticked the box of a Pacific crossing.

“It is as much of a mental challenge as it is a physical one, and you could see people getting really worn down by it all so it was important to take it easy at times and move fast when conditions allowed. This is without doubt the hardest race I have ever done and to know we can come through it is a huge inspiration.” 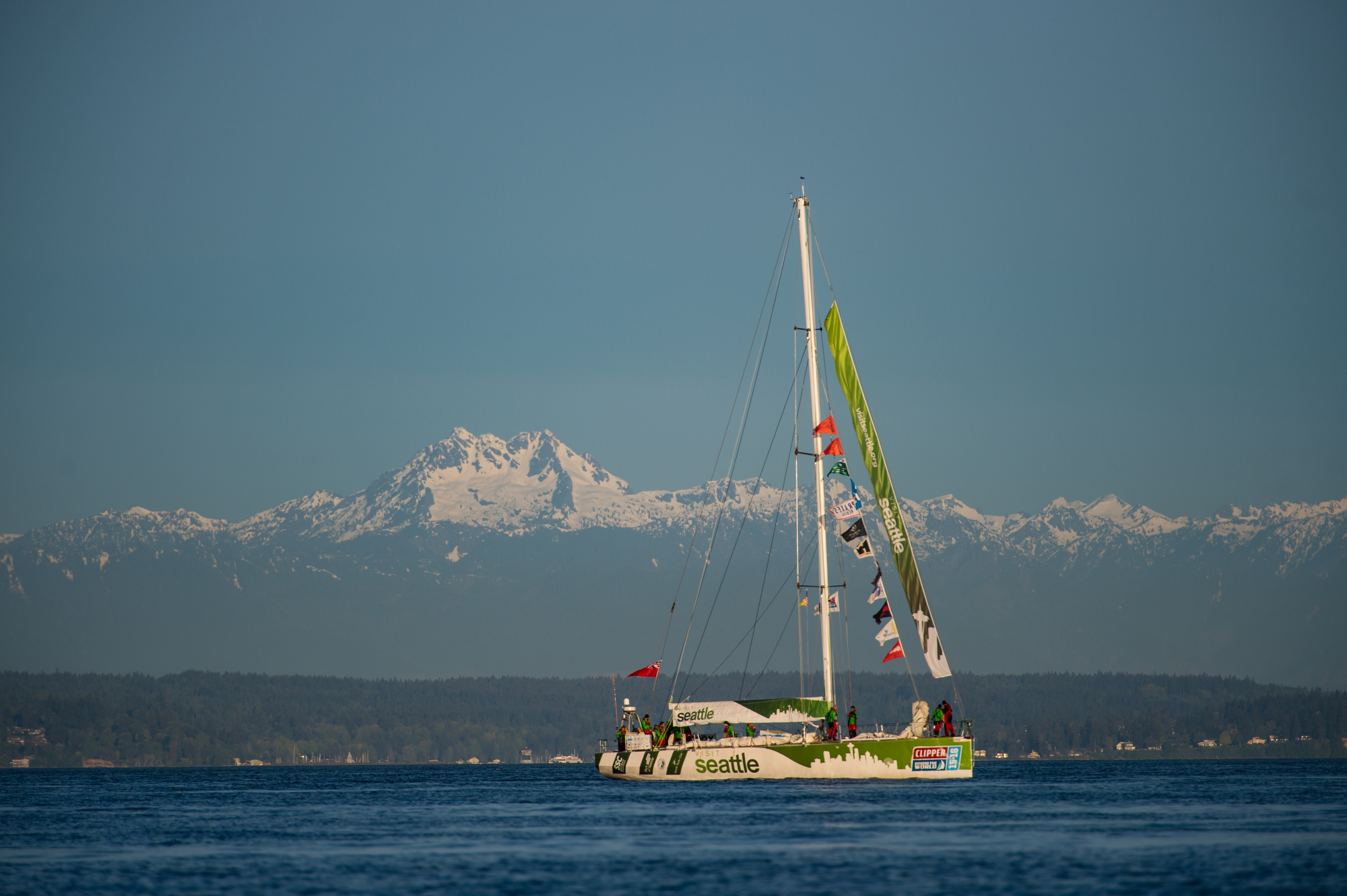 The Visit Seattle crew included Utah adventurer Martin Frey who has made history by completing his quest of scaling the seven summits and sailing the seven seas following the culmination of the Pacific Ocean crossing.

Upon arrival, Martin was reunited with his family who have taken part in many of the adventures too. Martin thanked his wife Kym and mother Charlotte for their support, and dedicated the Pacific Ocean crossing to Kym, Charlotte and daughters Lily and Meredith. He said: “It is an incredible sense of achievement to have completed what I set out to do eleven years ago, and I wholeheartedly thank my family for always being there for me.

“This was the toughest thing I have done out of all the challenges, including climbing Everest. I loved the team aspect, and during the tough times, everyone really helped each other pull through." 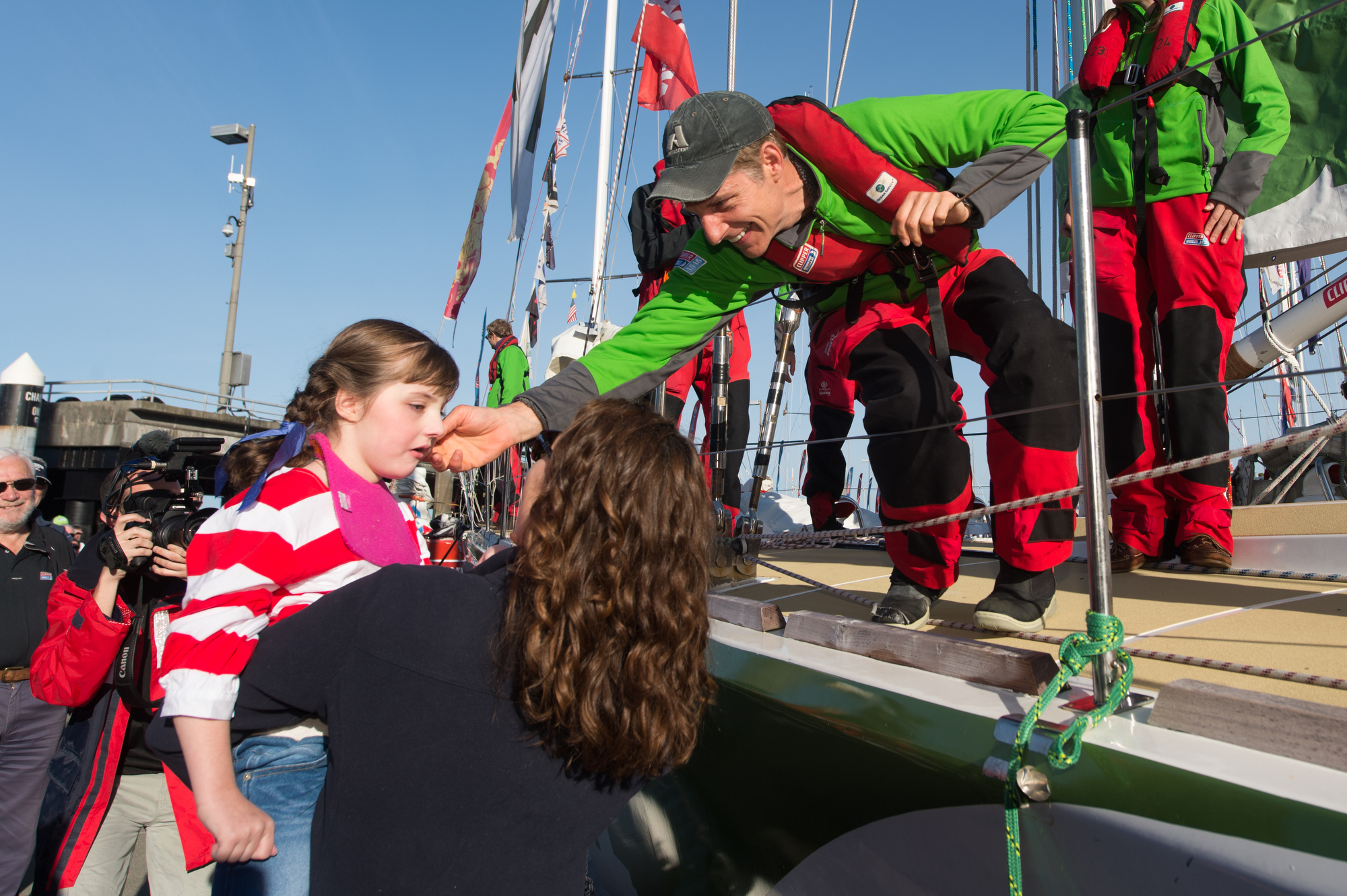 Welcoming the team to its home port, Tom Norwalk, President and CEO at Visit Seattle, said: “From professional sportsman and women to amateur sportspeople, many people choose to live in Seattle because of the active way of life here. There’s hiking, boating, camping and skiing. We also have a tremendous local economy, global technology and innovation and we think a lot of that is because of where we are located in the world and the opportunity that many employees like to bring to their lifestyle here in the North-West.

“We are so excited and proud to be connected to the race. Seattle is the boating capital of America and to be promoting the city on the boat around the world is a dream come true. To have the crew, friends and family here to experience our wonderful city is a real treat for us.” 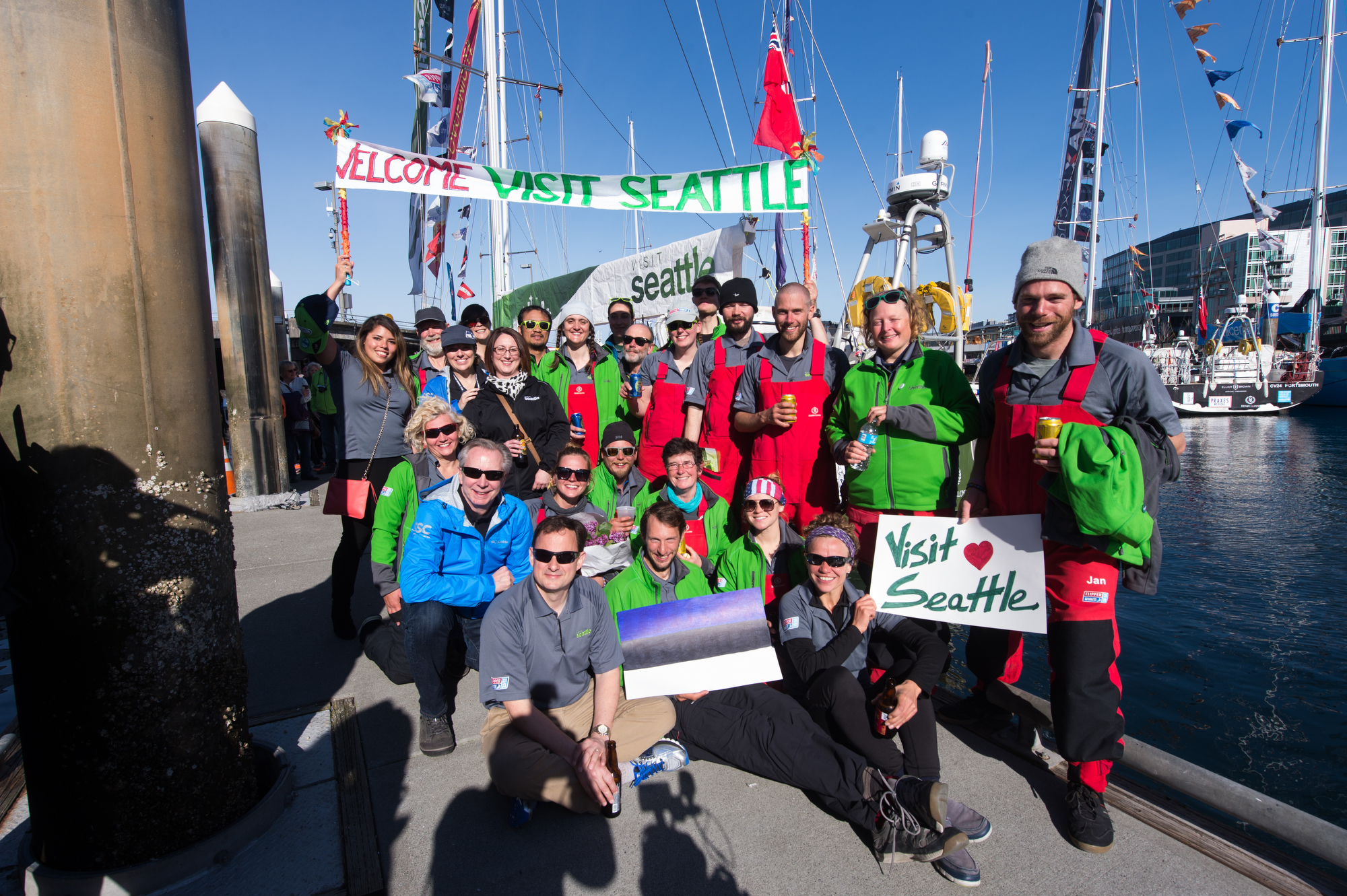 For images of the teams' arrivals see the galleries here.